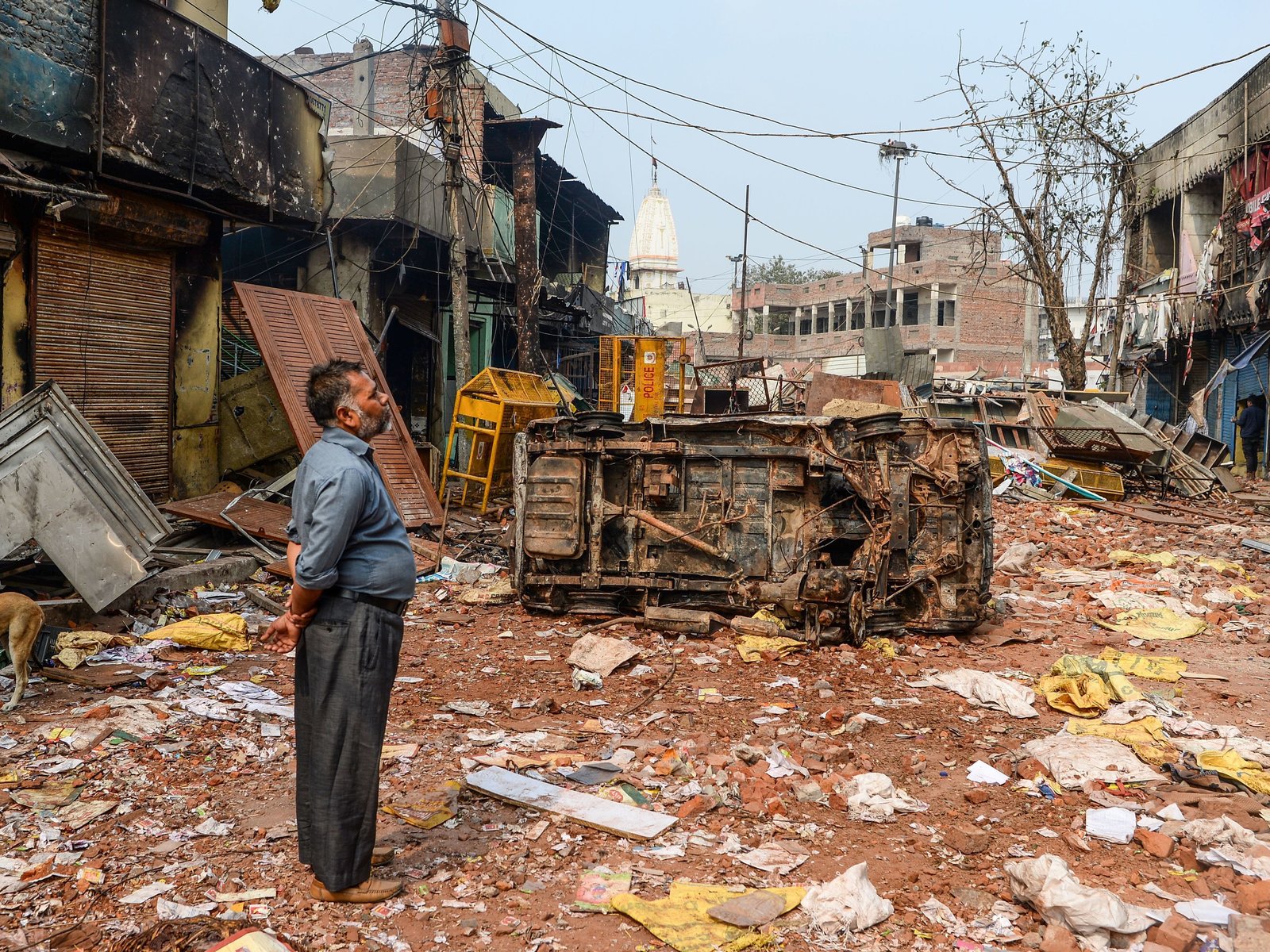 Can India Live Up to its International Role as The World’s Largest Democracy?

Following the passage of the Citizenship Amendment Act (CAA) of 2019, India thrust itself into the global spotlight. The legislation quickly gained notoriety for fast-tracking citizenship status for all undocumented immigrants who aren’t Muslim. Riots, protests and uproar ensued. While the world turned its attention to the protests from the liberal Indian community, people paid far less attention to the riots that saw significant religious violence against Muslims in return. Less than a year later, agricultural legislation with little regard for the economic well being of farmers — many of whom are Sikh — resulted in protests, to which the Indian government responded with teargas and blockades. From aggravated assault to the demolition of property, these flashes of violence serve as a painful reminder of the longstanding animosity towards religious minorities throughout India’s history.

While persecution of religious minorities has only increased under the current BJP’s administration, it wasn’t the path that India was on prior to Modi’s election. Dr. Arijit Mazumudar of the University of St. Thomas explains that prior to 2014, India had increasingly “taken a more active stance in promoting and supporting democracy abroad.” Indeed, India began to cement itself as a regional leader who could provide other developing countries with guidance on their elections, democratic procedures and governance.

Developing countries in the Global South like Bangladesh and Nepal, looking to firmly establish proper governance, have turned to India to help facilitate free and fair elections. As India’s desire to expand its regional influence grows, so too does its influence on the governments of the countries that it reaches; as such, India certainly plays a significant role in shaping the future of democracy in the region. More than just the logistics of elections, India has begun helping Bangladesh and Nepal in drafting legislation, which will certainly have direct implications on the rules and regulations enforced in these countries.

Yet if India has begun its initiative to firmly establish itself as a democratic leader in the region, then India must now be held to a higher standard than other developing countries. The way that it conducts itself domestically is a reflection of the values it upholds, and as a consequence, the values that it communicates to other states. Worryingly, the election of BJP Prime Minister Narendra Modi in 2014 led to a rise in nationalist sentiments that are often rooted in religiously intolerant beliefs. From right-wing paramilitary groups like the Rashtriya Swayamsevak Sangh to nationalist ideologies like Hindutva, the strongly nationalist facet of India’s narrative has flourished under his rule. In response to the New Delhi riots, Modi did not take any meaningful action to quell the violence against Muslims, only haphazardly saying that he is “[appealing] to his sisters and brothers of Delhi to maintain peace and brotherhood at all times.”

The mismanagement of the riots, however, is only a thread in the larger string of unfortunate occurrences within India. Although India may have been on a path to promoting democracy abroad through its foreign policy prior to 2014, Modi’s election threw that initiative off its path. Increasingly the world has observed India’s rise in autocratic tendencies, consolidation of power and crackdown of free speech.

Yet while India’s democratization may have slowed, the desire to expand its regional influence certainly has not. India’s passage of the Act East policy reveals its ambition to fortify cooperative ties with Southeast Asian countries, counterbalancing Chinese influence in the region. Composed of multiple documents, the Act East policy serves as a paradigm for a number of economic and trade policies oriented towards expanding collaboration among the ASEAN countries. Now, while the doctrine may have started as a purely economic and trade-based amalgam of policies, the collaborations have increasingly shifted towards strategic partnerships. For example, India has helped nearby Southeast Asian countries develop infrastructure with the working relationships fostered through this policy.

As the world’s largest democracy, India has a responsibility to uphold the democratic values that it claims to engender, and the international community should hold it accountable for them. As India continues to assist these rising democracies, internal politics and a dismissive attitude towards hate-motivated violence sets a dangerous precedent for the region. A solution must be reached — not just for the religious minorities of India but for members of the regional community that would face similar prejudice due to a rise in nationalist agendas. Part of the solution lies within India itself: following the passage of the CAA, Muslim communities and their allies organized protests to speak against the legislation’s discriminatory nature. Following the passage of the new farming legislation near the end of 2020, Sikh farmers and their allies organized what became the largest protest in human history. While little progress has been reached, it provides assurance that the tendency to push for democracy does in fact exist in India among the more liberal populations. The international community ought to continue to voice their support for them, thereby legitimizing an internal resistance to growing right-wing nationalism.

As for Western countries and international coalitions such as the EU, their role in ensuring the democratization of South Asia must happen in a way that avoids autocracy and preserves equity. Make no mistake: India’s autonomy is vital. Precedent from previously developing countries demonstrates that their ability to avoid faster globalization with volatile investments and rapid corporate influx is integral to healthy growth. For example, the lingering effects on poverty and poor health in Mexico due to NAFTA still persist to this day. However, while Western countries should avoid forcing India’s hand through international mandates and trade deals, they must hold India accountable for its undemocratic actions and provide support for its democratic ones. Whether their response to violations of democratic principles happens on the front of trade, cooperation or another medium of international exchange, the international community must take steps to ensuring that the world’s largest democracy fulfills the responsibilities that come with that title. Adopting a policy paradigm like this holds potential benefits for India as well; one of the largest motivations behind its Act East policy was to expand further into the Global South and lend itself as a counter to Chinese expansion. For Western countries and other international groups, supporting India’s democracy would mean that India could potentially gain key allies in expanding their influence.

The New Delhi riots, of course, were not isolated incidents. With the rise of these right-wing, nationalist movements in India, the stakes are higher for more than just India’s religious minorities. The threats facing them have started to chip away at the fabric of India’s democracy. After all, a government should ideally be representative of its constituents’ best interest and carry out policies to further it, yet the pervasive struggles that religious minorities face in India undermine the liberties and freedoms of expression so fundamental to successful and true democracies. This struggle between rising anti-Muslim sentiments and reprimand from the world preexists these outbreaks of violence, substantiating that the methods that the world has taken to addressing this issue — most frequently simply urging India to act otherwise — have not been effective. If any substantive progress is to be made and thereby preserve the democratic fabric of the Global South, it will require a shift towards more constructive problem solving. The answer for India is more straightforward than it is for other actors in this conflict, yet that doesn’t make it likely to come to fruition. Deeply-rooted biases against the non-Hindu population in the incumbent governmental and nongovernmental groups in India mean that more inclusive domestic reform is not likely to pass until there is a change in the political climate (most effectively facilitated by a change in ruling party). The sheer power that India has at its disposal, both economic and otherwise, puts the Global South in a difficult position. While they shouldn’t reject the help of India altogether, developing governments should be wary of what kind of influence India’s domestic attitudes have on its influence through cooperation. When undemocratic tendencies show the potential to spread to the countries in the Global South due to India’s influence, it is the responsibility for both the people of India and the international community to respond accordingly.

The United States has been relatively absent from its role as a global leader over the past four years, as the policy paradigms of the Trump administration were significantly more oriented towards ensuring domestic well-being than its predecessors. However, even with the election of President Joe Biden, far too little support and solidarity for the religious minorities of India was demonstrated by the United States following the most recent farmer strike. The unfortunate fact is that not many acknowledge this ongoing reality: the scope of this conundrum reaches far beyond India’s borders, and it is high time that it be treated that way.