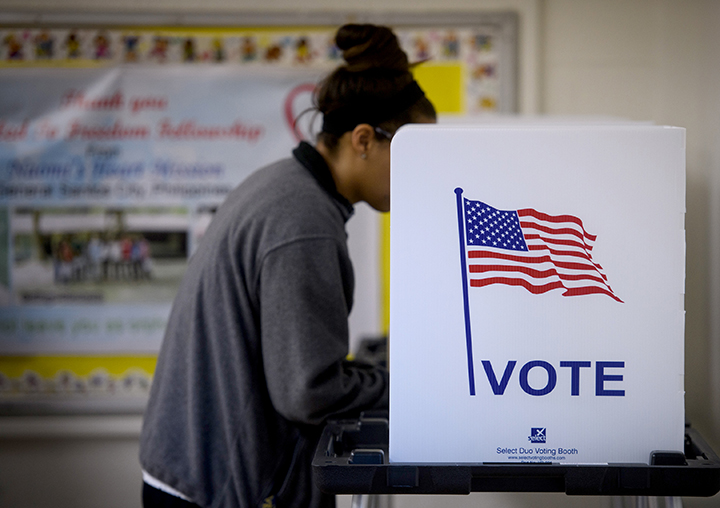 The Real Winner of the 2020 Election: Local Criminal Justice Reform

As our nation was fixated on the results of the Nov. 2020 presidential election, many Americans may not have paid much attention to local down-ballot elections concerning criminal justice and mass incarceration. Yet, voters delivered resounding and consequential verdicts on the criminal justice system, from electing progressive prosecutors and decriminalizing drugs, to addressing felony disenfranchisement and holding police departments accountable.

While criminal justice reform advocates experienced some setbacks, this election reflected a decisive nationwide shift towards progressive criminal justice policy and away from the “tough-on-crime” mentality mainstream policymakers from both political parties have espoused for the past few decades. These reforms come at a pivotal point in American history, in which the Black Lives Matter movement and outrage over our system of policing and incarceration have prompted many Americans to recognize the inhumanity and ineffectiveness of our criminal justice system as it currently exists.

One such notable phenomenon on election night was the success of the “progressive prosecutor” movement. Prosecutors have immense power and discretion in determining a county’s approach to criminal justice, including their ability to recommend  prison sentences, set bails at a certain amount, and control the plea bargaining process. Historically, in order to be elected, prosecutorial candidates had to claim that they would ensure public safety by being “tough-on-crime.” In this election cycle, progressive prosecutorial candidates, many of whom are former public defenders and civil rights lawyers, gained traction over “tough-on-crime” candidates by pledging to fight mass incarceration and implement reforms that prioritize rehabilitation over punishment.

José Garza won the race for District Attorney (the elected prosecutor in a particular district) in Travis County, Texas, after vowing to end the prosecution of low-level drug crimes and reduce the number of people who are imprisoned. In the DA race in Oakland County, Michigan, Karen McDonald defeated a former Republican prosecutor who supported a punitive approach to incarceration. McDonald committed to ending cash bail and reducing the number of people incarcerated. In one of the most-watched DA races in the country in Los Angeles, George Gascón, a reform-minded candidate who pledged to end cash bail, hold police accountable, and never seek the death penalty, defeated incumbent Jackie Lacey, who faced severe criticism for not charging LAPD officers who killed unarmed Black people.

Across the country, this pattern repeated itself: in both historically Republican and Democratic districts, such as Colorado’s Jefferson County, New York’s Westchester County, and Arizona’s Pima County, progressive DA candidates prevailed over candidates who did not support enacting reforms and reducing mass incarceration. These progressive victories reflect a changing national mindset about the role of prosecutors and who is electable in a prosecutorial race. While prosecutorial discretion has historically perpetuated discrimination and injustice within the criminal justice system, these progressive prosecutors vow to leverage the vast power that prosecutors hold to instead address inequality and advance decarceral policies. As Tiffany Cabán, a former candidate for DA in Queens, New York, puts it, progressive prosecutors were elected because voters resonated with “messaging around public health, public safety, and the fact that we cannot prosecute and incarcerate our way out of society’s problems.”

Another major theme of election night was the resounding rejection of the War on Drugs, with voters from Oregon to Mississippi voting to decriminalize and legalize various drugs. For the past few decades, the U.S. government has addressed drug consumption and distribution through aggressively carceral policies that have not actually reduced drug use but have disproportionately targeted and imprisoned poor people and people of color, especially Black people. However, in November’s elections, Arizona, Montana, New Jersey, and South Dakota passed referendums allowing the use of recreational cannabis, and in Mississippi, voters chose to legalize medical marijuana; there are now fifteen states, plus Washington, D.C., where marijuana is legal. Moreover, voters in Oregon approved Measure 110, an unprecedented ballot measure that decriminalized all drugs, making low-level drug possession a civil offense punishable by fines rather than a criminal offense imposing jail time. Oregon is the first state in the nation to do this, and the measure’s passing indicates the voters’ approval for a public health and treatment-based approach to drug use as opposed to criminalization. Oregon voters also voted to legalize psilocybin mushrooms for medicinal use, while Washington D.C. decriminalized the use of psilocybin mushrooms. Across the country, drug decriminalization and legalization consistently outperformed both presidential candidates, indicating a growing bipartisan consensus against addressing substance use through incarceration.

Ballot measures addressing criminal justice reform and mass incarceration were also largely successful. In California, voters rejected Proposition 20, which would have rolled back criminal justice reforms and increased the severity of numerous crimes from misdemeanors to felonies. Proposition 20’s failure indicates that voters do not support increasing the number of people in California’s already overcrowded prisons. California voters also passed Proposition 17, expanding voting rights to people on parole after they have completed their prison terms. The passing of Proposition 17 is a victory for advocates seeking to eliminate felony disenfranchisement, and over 50,000 Californians now have their voting rights restored. In Nevada, voters passed Question 3, which will make the parole process easier and more accessible. Lastly, Nebraska and Utah voters approved measures eliminating language from their state constitutions that allowed slavery and involuntary servitude as criminal punishments.

Another development in this election was that throughout the country, voters chose to hold police departments accountable and reshape the role of policing. Undoubtedly influenced by the murder of George Floyd by police officers and the ensuing nationwide protests, many Americans became aware of the unprecedented power that police departments hold and how police officers can often commit injustices with impunity. Los Angeles voters approved redirecting 10 percent of county funds to community investment instead of policing, voters in San Francisco overturned a law that required the city to maintain a minimum number of full-time police officers, and Oakland voters chose to expand the powers and independence of the city’s Police Commission, a citizen-led oversight body that investigates alleged police misconduct. Furthermore, voters in Columbus and Portland passed initiatives creating similar civilian police oversight boards to hold police departments accountable, while Philadelphia voters passed a ballot measure banning police officers from using stop-and-frisk, which disproportionately criminalizes people of color.

Moreover, there was a strong backlash against police departments who cooperate with the Immigrations and Customs Enforcement in detaining and deporting undocumented immigrants. In Cobb County and Gwinnett County in Georgia, voters rejected long-serving Republican sheriffs with notoriously punitive pro-ICE policies. Both of these counties are part of the 287(g) program run by ICE, which utilizes local law enforcement officials to act as federal immigration enforcement agents within the local county jail system. The incoming Democratic sheriffs  promised to terminate the counties’ involvement in the 287(g) program and significantly limit cooperation with ICE. Similar results occurred in Norfolk County, Massachusetts and Hamilton County, Ohio, as voters ousted sheriffs eager to cooperate with ICE and replaced them with sheriffs who vowed not to assist the federal government in detaining undocumented immigrants.

However, not all of the results in criminal-justice related elections this year were victories for progressives. Although the law was struck down by Kentucky’s Supreme Court in 2018, Kentucky voters re-approved Marsy’s Law, a “victim’s rights” measure that has been criticized by the ACLU and bipartisan criminal justice reform advocates for bypassing due process and ignoring the constitutional rights of criminal defendants. In Oklahoma, voters did not approve Question 805, a ballot measure seeking to reduce the state’s prison population by preventing prosecutors from seeking enhanced sentences based on criminal defendants’ prior nonviolent conviction histories. California voters rejected Proposition 25, which aimed to eliminate cash bail in the state and replace it with a risk-assessment algorithm system. Proponents of Proposition 25 claimed that cash bail is a racist and ineffective system that unfairly incarcerates people solely because they are unable to pay. Yet Proposition 25’s failure may not have entirely been a disappointment for progressives — some criminal justice reform advocates were actually against the measure, warning that the risk-assessment algorithm would exacerbate racial disparities in pretrial detention and continue to disproportionately incarcerate poor people of color. In Pinellas County, Florida, and Tarrant County, Texas, Republican pro-Trump sheriffs defeated their Democratic challengers who ran on implementing reforms. Finally, in one of the most-watched prosecutorial races in the county in Maricopa County, Arizona, progressive prosecutorial candidate Julie Gunnigle was defeated by incumbent Alister Adel, who opposes reallocating police funding and refused to pursue criminal charges against a police officer who shot and killed a 14-year old boy.

Despite these setbacks, the criminal justice-related results of   elections reflected an overwhelming consensus across the country in favor of enacting criminal justice reforms, reducing mass incarceration, and holding police accountable. Aside from prosecutors and sheriffs, voters also elected progressive legislators who made criminal justice reform and police accountability a significant part of their campaigns, such as Jamaal Bowman from New York, Cori Bush from Missouri, and Tarra Simmons, who, in a historic moment, became the first person convicted of a felony to be elected to the Washington Legislature. In large part, grassroots organizing by local activists as well as nationwide movements like Black Lives Matter galvanized voters to address the injustice and ineffectiveness within the criminal justice system. While there will always be work to do, and no amount of progressive prosecutors or police oversight can completely eradicate the harm caused by our criminal justice system, the nationwide shift away from “tough-on-crime” policies indicates that voters recognize the need to rethink our system of punishment.