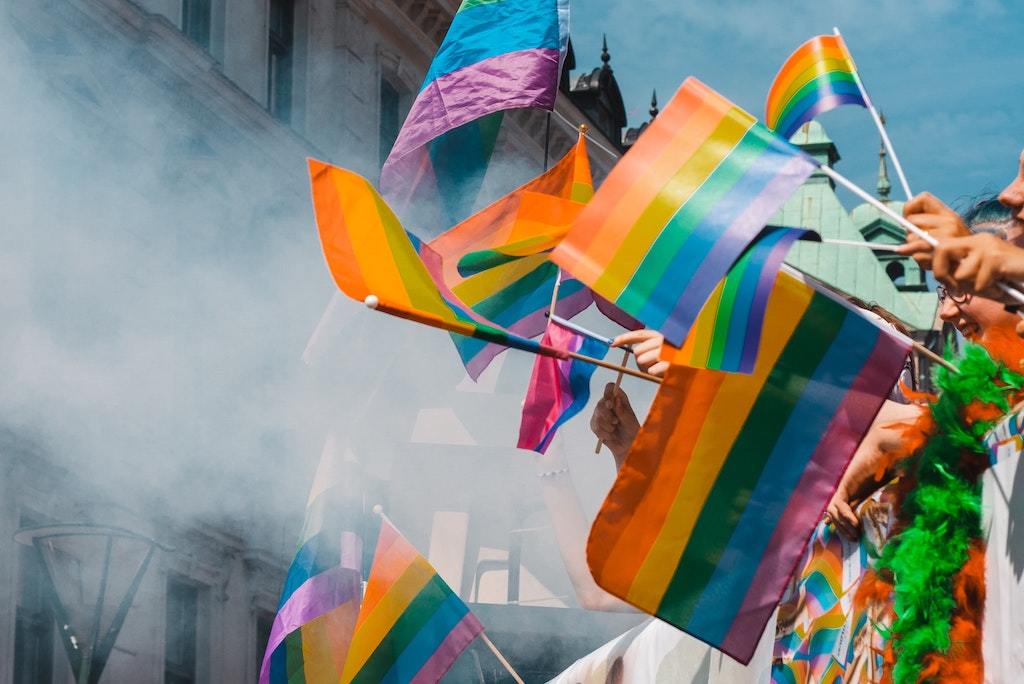 The concept of Asian Values is by no means a new concept today, however, what does it really mean in today’s political contexts, particularly for the future of LGBTQ rights?

‘’What Asians value may not be the same as what Europeans value. Westerners value the freedoms and the values of the individual. As an Asian of Chinese cultural background, my values are for a government that is honest, effective, and efficient,’’ said Singapore’s Founding Father Lee Kwan Yew.

Yet, as grounded in traditionalism through this old quote might be, our world has progressed beyond ideological distinctions that strictly demarcate the ‘west’ from the ‘east.’ The multiple waves of globalization and the mediatization that continues to pervade our world might make this rather divisive distinction rather obsolete today, especially given the social progress the region has seen thus far.

This sharp distinction between asian values and perceivably western ideals frequently resurfaces in contemporary debates about more sensitive social issues among Asian countries, particularly Singapore. The Asian values debate continues to feed into pushback and backlash against a wide array of social issues from migrant rights to LGBTQ issues. In countries such as Malaysia, Indonesia, and the Philippines, where religious institutions continue to espouse Asian values, social stigma, homophobia and transphobia continue to be rampant and entrenched in society.

Asian values could also be a dangerous pretext to exercise autocracy and politically censor specific issues that may be deemed controversial in society. It is also important to deconstruct these long-standing conceptions of Asian values to understand how they continue to be used in today’s political and social arena. Good governance not only encapsulates ensuring a good standard of living and quality of life but also prioritizing civil liberties and political rights.

Singapore’s Founding Father Lee Kwan Yew coined the phrase “Asian Values” in the 1960s as a way of differentiating the systems of government in Singapore and other Asian countries from western countries. Governments often institutionalize these so-called ‘Asian values.’ Political and social leaders used the concept to unify people through principles like communitarianism and collectivism to create a ‘pan-Asian’ identity.

In contrast, many people see coming out of the closet as a presumably ‘’white model’’ of preserving freedom as they bring out ‘’western patterns’’ and may bring more problems.  According to traditional “Asian values,” the very notion of gay and lesbian rights starkly contradicts the strict preservation of the traditional family unit, social harmony and filial piety. Opponents to same-sex relationships often use cultural relativism and ‘public morality’ as a means of justifying societal norms and attitudes toward issues such as LGBTQ rights in not only Singapore but in the region of Southeast Asia.

In predominantly Asian countries, leaders always juxtapose perceivable western notions of human rights and freedom with so-called Asian Values. Former Prime Minister of Malaysia Mahathir Mohammad also previously said that human rights were a tool ‘’western governments used to subvert Asian countries.’’ These cultural distinctions have even taken on different forms such as Malaysia’s ‘’Malay-Islamic Culture’’ or even India’s ‘’Hindu-Nationalism’’ today. The universality of human rights is thus an important question to consider as western nations continue to emphasize the vitality of political rights and personal freedom. Many Asian leaders use the rights and security argument as they believe that the primary concerns economic prosperity and development often make it difficult for them to prioritize the importance of western human rights.

What They Have Become: A Platform For Authoritarianism?

Yet, over time “Asian Values” have been used as a way to shove sensitive issues under the rug and play into a politics of fear and misinformation. The argument goes beyond simple cultural values and the realms and confines of our understanding of the role of the family. Instead, Asian values also extend to the interplay of politics as well as power. Pew Research even states that around 52 percent of the public in countries like Indonesia preferred a more authoritarian and  ‘strong leader.’

Throughout history, East Asian leaders have argued that the western concept of human rights and freedom may not be applicable to Asian culture and society. Over time, this nature of thinking has also grown to become closely linked with political elite beliefs and values. People frequently use cohesion and social harmony as a smokescreen to explain the lack of acceptance and consideration of LGBTQ rights today given the importance that is places on traditional values and the role of the family. Many also perceive it as a threat of sorts to the current individual freedoms as a result.

The so-called misappropriation of this debate over the years often coincides with the rejection of foreign interventions for the larger objectives of making political gains. Many critics believe that this performative rejection was an important part of Lee Kwan Yew’s ‘’illiberal democracy.’’  Under Lee Kwan Yew, the government curtailed certain rights in Singapore that might be perceived as more ’western-centric’ and liberal, especially when it comes to the LGBTQ community and discourse on race. Time and time again, government officials used many of Mahathir’s beliefs to give Yew’s more authoritarian brand of rule greater legitimacy.

Leaders today are likely capitalizing on the failures of Asian liberal democratic leaders in recent years and the fact that the public may seem to be falling for this so-called ‘authoritarian nostalgia.’ Duterte’s presidential rule in the Philippines has also been categorized by a so-called ‘return to Asian values’ in recent years. Human rights activists are vowing to continue to protest against Duterte’s anti-gay posture. There is currently a lingering bill in the Filipino Parliament known as the SOGIE Equality Act that gives prevents and penalizes anti-gay discrimination that is being met with opposition from religious groups as well as the Duterte Camp.

Section 377A of Singapore’s Penal Code criminalizes any manner of homosexual behavior.  This law continues to be a major hurdle in the advancement of gay rights in Singapore and a testament to the country’s recalcitrance in accepting LGBTQ people. Many opposition parties are also very hesitant to challenge this part of the constitution. For instance, the Singapore Democratic Party, in spite of its strong agenda on promoting civil rights, avoided the subject during this year’s general election. Many Christian and Malay faith groups in the country are also committed to preserving the criminalization of homosexuality and maintaining the current ‘status quo.’

In spite of what Wake Up Singapore, an alternative media outlet in Singapore, deems the ‘live and let lie approach’ taken by the government, the heavy censorship often prevents representation of same-sex couples on television. Movies that include LGBTQ characters or themes are automatically labeled ‘R21’ or restricted to individuals below the age of 21. The Media Development Authority has long since banned the depiction of same-sex couples on local news and television and is heavily backed by the state. This draconian law was a major talking point in the country’s general election this year.

Society’s pushback in Singapore against LGBTQ rights today is widely reflective of the government’s efforts to prevent the dissemination of pro-LGBTQ content even among civil society and culture. The government views the current lack of enforcement of the anti-gay sex law in the country as an ‘’uneasy compromise’’ that would persist until ‘’societal attitudes change.’’ According to an Oogachaga Survey conducted in the year 2018, an organization that offers counseling services to LGBTQ individuals in the country, over 60 percent of people were reported to have experienced discrimination in both online and public spaces.

If the ‘Asia as a Method’ that Singapore follows is an extension of its continued decolonization, the progress of LGBTQ rights in Taiwan presents a contrast, especially in its perception of Asian and Confucian values. The example of Taiwan in particular emboldens some of the pitfalls associated with Asian values and cultural relativism, better defined as a scapegoating tool to brand what is considered ‘normal’ in society. Taiwan’s LGBTQ legal politics went through a phenomenon known as queering and figured more into private life and the country legalized same-sex marriage in May 2019.

Overall, this debate and harsh polarization between western ideals and so-called Asian Values often tend to essentialize the ways in which we perceive culture as a whole. When someone makes ill-informed generalizations about politics Asian systems may be deemed ‘’undemocratic’’ owing to the prevalence of these traditions in society.

The debate on Asian values has often been one that pits countries against one another and dismisses the complexities and heterogeneities that exist. They continue to be a political crutch for leaders and institutions who are unwilling to change and recognize the importance of progress today as they ride the tide of the recent wave of global disillusionment with liberal democracy. The country still remains caught in the balance of moving forward, pacifying the conservative elite, and preserving the current impasse of the status quo for the sake of the Asian values argument.