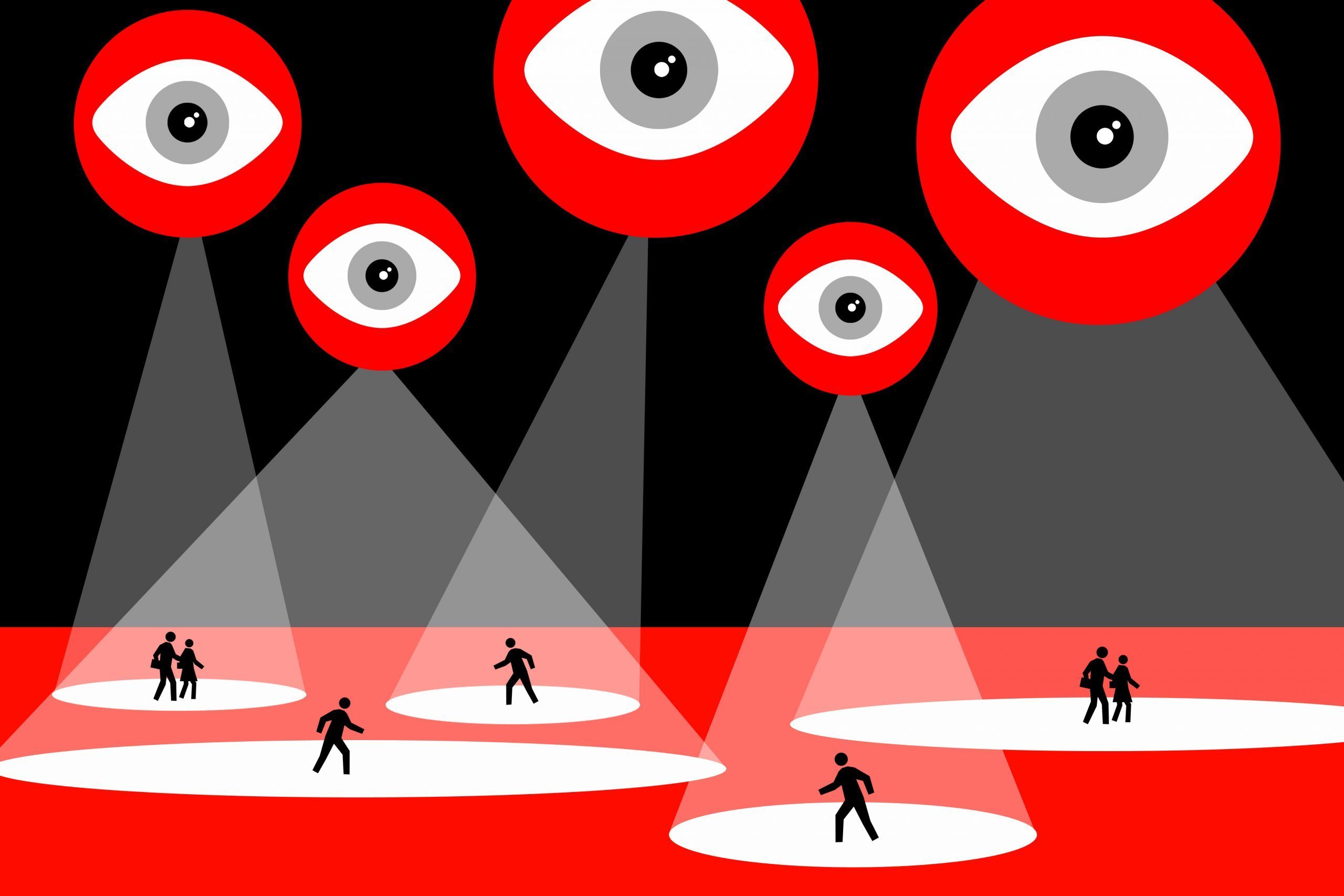 The Anti-Blackness of Surveillance

This past summer was one of uproar and unrest, as hundreds of Black Lives Matter protests erupted across the country due to outrage over our nation’s senseless police shootings of unarmed Black men and women. As these protests proliferated, police departments tried to repress them, and reports  that authorities were using alarming surveillance techniques to monitor protests and the protestors who attended them began to emerge. In Portland, U.S. Department of Homeland Security, or DHS, agents extrajudicially tapped protest attendees phones, giving themselves an “inside view into [protestors], who they were, [and] who they were talking to.” In San Diego, police co-opted the city’s network of 3,200 so-called “smart street lights” to collect surveillance footage on protestors; in more than 15 American cities, the DHS deployed aerial surveillance to collect more than 168 hours of video footage of protests. As though this primary surveillance wasn’t enough, the artificial intelligence firm Dataminr, whose firehose capabilities allow them to scan a second-to-second live stream of every tweet posted on Twitter, partnered with police departments to digitally monitor protests on social media across the country in real time.

This usage of surveillance by the state to contain non-violent civil rights activism, while alarming, is nothing new. Starting all the way back in 1919, the FBI, at the behest of a young J Edgar Hoover, began surveilling the famous Pan-Africanist Marcus Garvey due to his “radical politic,”  using undercover agents and informants to try and catch him committing a crime. Even though Garvey was found repeatedly to not have broken any federal laws, the FBI continued to devote resources to surveilling him, while ignoring the litany of contemporary white supremacist groups who were fueling heinous anti-Black violence across the country. During the Civil Rights Movement of the 1960s, the FBI’s COINTELPRO program wiretapped and infiltrated the organizations of Martin Luther King Jr., Stokeley Carmichael, Malcolm X, and other civil rights movement leaders. And since 2014 in Ferguson, the FBI has utilized undercover agents and technological surveillance to collect intelligence on people they have deemed as belonging to ‘Black identity extremist groups.’ The Bureau prioritizes such investigations over investigations concerning white supremacist groups—despite the fact that Black supremacist violence does not actually exist and that white supremacist groups remain the number one cause of extremist violence today in the United States. As the old adage goes: history doesn’t repeat itself, but it sure does rhyme.

But even beyond just the specific usage of surveillance to stifle Black activism, surveillance in America in general has repeatedly been utilized to uphold the structures of white supremacy. If one looks to the antebellum years of slavery, one finds clear examples of a sort of rudimentary form of anti-black surveillance early in our country’s history: slaveowners would brand their slaves and require them to possess ‘slave passes’ whenever they traveled, so that any passerby might be able to stop them and ensure that they were not somewhere they weren’t supposed to be—effectively turning America into one giant panopticon. Now, fast forward to the age of mass surveillance, and it’s quite clear that the surveillance of Black America has only become more acute, and that, further, even though mass surveillance is a detriment to all citizens, it is Black Americans who disproportionately feel the harmful and negative effects of it.

For one, the current technological limitations of surveillance instill it with an already inherent racial bias. According to U.S. government tests, the top performing facial recognition softwares (which are used in tandem with surveillance systems to identify persons of interest) misidentify Blacks at a rate five to 10 times higher than they do whites; the technology itself simply cannot account for darker skin tones. Already, this has led to multiple instances of Black Americans being falsely misidentified as those responsible for crimes by the facial recognition softwares and surveillance systems which police departments use. Such is the case of Robert Williams; Williams was falsely accused of robbing a Shinola retail store in Detroit due to the error of a facial recognition system which had pegged him as the culprit, despite him having had nothing to do with the crime. Moreover, police departments are not obliged to inform suspects that they’ve been identified as such through facial recognition; this means that for every case of misidentification like Williams’ which we do know about, there could be any number more which we don’t know about, where someone is currently in jail due to the error of facial recognition.

But even if the actual technology utilized by mass surveillance systems did not already have an inherent racial bias, the way mass surveillance is applied by law enforcement is clearly infused with its own racial prejudices. For instance, take the nationwide deployment of police forces’ Stingrays — phone tracking devices which can tell police a given phone’s location, number, and outgoing calls and texts by imitating nearby cell towers and forcing all phones in a certain radius to connect to it. A Bloomberg CityLab investigation mapped police logs of Stingray operations in Baltimore, Milwaukee, and Tallahassee and found overwhelming racial bias in the way this Fourth Amendment-violating technology was used. For example, Stingray usage was intensely concentrated in Baltimore’s most segregated, majority-Black neighborhoods, despite the fact that the city’s majority-white neighborhoods with comparable poverty and crime rates saw very little, if any, Stingray deployment.

Then, of course, there is the incredibly concerning development of law-enforcement’s usage of fusion centers. Fusion centers were developed in 2003 through funding provided by the DHS to create data collection centers which would “fuse” and analyze “suspicious activity reports” from various different law enforcement agencies. Initially ticketed as a tool to fight terrorism, fusion centers soon began to collect suspicious activity reports on traditional crimes, spurred by the advent of an alarming strand of policing known as “predictive policing”, which focuses not on solving crimes, but on collecting evidence of crimes that might be about to happen.

These larger, federally-controlled fusion centers have spawned the similar, more localized Real Time Crime Centers, or RTCCs. RTCCs are tech hubs operated by local, municipal law enforcement, which are filled wall-to-wall with TV monitors showing live feeds from networked cameras, automated license plate readers, and ShotSpotter systems, as predictive policing software and AI-enhanced video analytics sort through all the background data. Yet again, it is Black Americans who are disproportionately the subject of these surveillance-aggregation sites; one study of RTCCs found that not only were Black people between 1.5 and 2.5 times more likely to be watched than one would expect given their presence in the population being monitored, but that further Black people were disproportionately surveilled for “no obvious reason”, with 68 percent of all surveillance of Blacks being without any discernible cause, compared to only 35 percent of all surveillance of whites.

RTCCs received an additional tool for their surveillance apparatus last November when police in Jackson, Mississippi announced that they would be piloting a program which would allow police to patch in live feeds of Amazon Ring doorbell cameras into the RTCCs. Considering many cities are creating financial incentives (such as paying residents up to $150) to place Ring doorbell cameras in low-income, minority neighborhoods, the introduction of these livestream cameras to RTCCs will likely compound the racial disparity in applied surveillance and heighten the intensity of said surveillance.

The list goes on and on; in almost every case study we can look at, it is always America’s Black population who is overwhelmingly the subject of invasive and violating surveillance. What makes matters even worse is that surveillance doesn’t actually reduce crime—it only makes it easier to catch. If surveillance technologies are disproportionately applied in communities of color, then it will obviously find more crime perpetrated by individuals of color. This will in turn provide law-enforcement with the so-called “empirical” justification for the further intensification of their racist, targeted application of surveillance, which in turn leads to more Black crime being caught and more incarcerated individuals of color. It becomes a self-fulfilling prophecy in this way, the upshot of which is a mass surveillance project which only serves to reinforce and bolster the already obscene racial divide in our country’s incarceration rates.

Thus, it is clear: mass surveillance is a powerful tool in the sustainment of mass incarceration, and by consequence, in the maintenance of the structures of white supremacy. Dismantling the systems of mass incarceration and white supremacy will no doubt be an arduous, herculean task—but should we hope to succeed, it is incumbent upon us to recognize that successfully uprooting the racism endemic to our country’s usage of surveillance is a crucial piece of the puzzle.

Comments are closed, but trackbacks and pingbacks are open.