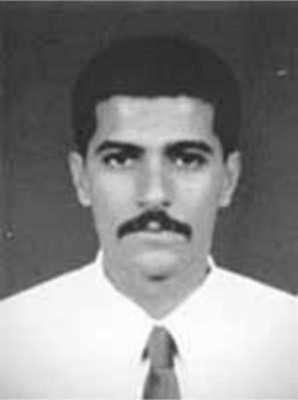 The Man Behind Al Masri In Life and Now Death

Osama bin Laden’s body slid into the North Arabian Seas from a US warship within twenty four hours of his assassination on May 2, 2011, in accordance with Islamic tradition. A broadcast by former President Obama announced the news late at night to US citizens and the world. The image of the White House Situation Room made headlines and is still etched in memory. American citizens flocked in front of the White House and onto the streets nationwide to celebrate the death. Islamic extremist groups condemned the killing of a holy warrior. Al Qaeda pledged retaliation within the week.

Prior, in The United States versus Osama bin Laden, 2001, a witness identified Abdullah Ahmed Abdullah as a leader of the al Qaeda military committee — nom de guerre “Abu Mohamed al Masri”. Masri was a father to three daughters and affiliated, alongside bin Laden, with Mercy International Relief Organization — earlier revealed as a conduit for the terror group to move money, troops and weapons.

The witness relayed Abdullah’s personal claim to have played, prior to these involvements, in Egypt’s first professional soccer league. We have little substance to determine how well or strategic he played. He left home in late teenage years with others of his generation, vulnerable to radicalization by political turmoil in the region, to join forces fighting in Afghanistan against the Soviets in 1978. Hundreds of jihadists returned to Egypt after the war, promptly arrested to prevent extremism from harming tourism. Ten years of fighting, and by Egypt’s laws, al Masri was prevented from returning to his homeland.

In the ensuing decade, Osama brought al Masri to his side. Masri’s influence contributed to the most effective attacks by the organization as yet. Many Egypt nationals were considered most loyal to the growing body; while some from neighboring countries could join the jihad temporarily,  Egyptians stayed due to their inability to return home. Yet al Masri moved beyond the basic ranks and became a prominent figure in al Qaeda’s formation, listed as seventh of 170 original founders. He quickly assumed a position on the governing council of the organization.

In his own US indictment in 2001, al Masri was associated with meetings in and flights between Somalia, Kenya, Tanzania, Pakistan and Afghanistan, which were allegedly part of the the preparation and operation of the al Qaeda’s US embassy bombings in 1998, the training of Somali jihadists for military operations against United Nations intervention in early 1990s and conspiracy to kill US and other nationals. Past the end of 2020, his poster is still available on the FBI most wanted terrorists list, as he has been al Qaeda’s second-in-command since bin Laden’s murder.

But intelligence officials have just recently reported al Masri’s assassination, along with long with that of his eldest daughter, on August 7 of this year on the streets of his Iranian neighborhood. The United States has not publicly confirmed the death and has instead left his ransom published, with al Masri still considered armed and dangerous. Al Qaeda has not spoken to the death of its number two.

Following the “plane operation” of 9/11 al Masri sought refuge with other high ranking operatives in Iran, where he was placed under house arrest until 2015. He remained in Iran under alias of Lebanese history professor Habib Daoud, corroborated by a former fellow Jihadist — although intel showed no teacher in the country by that name.

Iran has been most vocal in the event, denying his residence altogether in the past and citing the report as part of “a comprehensive economic, intelligence and psychological war against the Iranian people.” A killing reported by Iranian media of matching circumstances named professor Habib Daoud, affiliated with Iran-backed terror group Hezbollah, and his daughter as victims of the August killing.

Iran’s muted cooperation with al Qaeda operatives within its borders would come as a straw-man surprise: on the surface, the conflict between Sunni and Shi’a Islamic fundamentalism could prevent the relationship between the country and this terror group. Deeper, bin Laden’s sympathy for Shi’a Islam was long-known for his mother’s religious association and his adherence for religious familial tradition, and the group and country have cooperated for sake of a shared vision of the Western enemy.

Iran has not pushed away Sunni extremism for the same reason, supporting Hezbollah — a Shi’a majority group which allows for some pluralism in its jihad — from which truck bombing expertise was gleaned for use in those 1998 embassy bombings. Al Masri was not present for the first training sessions between Hezbollah and al Qaeda, but his voice was integral in planning the attacks.

He also prevented lynching a discovered mole within the organization, either out of respect for wartime authority or strategy. The event, to Ali Soufan’s ears, shows insight to al Masri’s restraint from wearing his jihad on his sleeve.

At the peak of the Taliban’s reign in Afghanistan, just after bin Laden’s secret pledge of allegiance to the organization and relatively successful truck bombings in Kenya and Tanzania, a jihadi recruit came to surface as less jihad than he let on. His claim to a decade-long involvement was undercut by poor aim with his rifle. A telephone call overheard sounded close to code. Al Masri’s interrogation led to uncovering ties to Jordanian intelligence.

Peers of al Masri wanted blood, but al Masri respected the man’s request for a fair trial — which could not be conducted by al Qaeda, but by the Taliban. Al Masri brought him to bin Laden and generous information was enjoyed by both bodies before his release.

On whether al Masri strategic or uncalculated, his peers seemed to disagree. Some blamed his carelessness for the failure of the embassy attacks; primarily civilians, not Americans or other foreigners, died from the explosions, as the trucks couldn’t make it inside the compounds. Others relay that he was the most opposed to civilian casualty among al Qaeda leaders, deeply pious as the jihad pursued.

His adherence to tradition is visible in familial ties of al Masri’s family and others in his syndicate. Al Masri’s eldest daughter Miriam was married to one of bin Laden’s sons, Hamza, during their detention within Iran; Hamza had been taken under the wing of al Masri, but the mentor-mentee relationship was transcended by the religious-familial connection.

Another daughter of al Masri’s was later married to a son of Abu al-Khair, who was to be a successor to Qaeda’s second-in-command before his death in a 2017 drone strike.

Al-Khair’s and al Masri’s assassinations are not unique, fitting into a series of rising confidence by US and US-allied forces for operations of the like in the region. Most recently, an Iranian nuclear scientist was assassinated during a drive-through in Tehran. The beginning of 2020 brought drone operations leading to the death of Qasem Soleimani, major general of Iran, at Baghdad International Airport. ISIS leader Abu Bakr al-Baghdadi and Yemeni al Qaeda chief Qasim al-Rimi were both killed and removed from the FBI’s Most Wanted Terrorists list in former President Trump-spurred operations.

Terrorist leaders and leaders of state sponsors of terrorism have faced increasing risk of unexpected, extrajudicial murder. President Trump has begun withdrawal of troops in the region but drone operations are increasingly relied upon.

Iran may not be exaggerating in its report of the shifting warfare against and within their country. Operations of these sorts are knowingly high-risk, just short of inviting retaliation by enemy forces; the death of Qasem Soleimani brought questions of a draft to American social media. And with the loss of a leader more calculated than others among al Qaeda governance, the loss may be more than a blow to al Qaeda. Losing al Masri leaves al Qaeda with one less of its golden generation and a hole to fill in the Iranian network as the war on terror rambles incessantly.  it begs the question how Qaeda operations will change less the influence of a logical and pronounced commander.