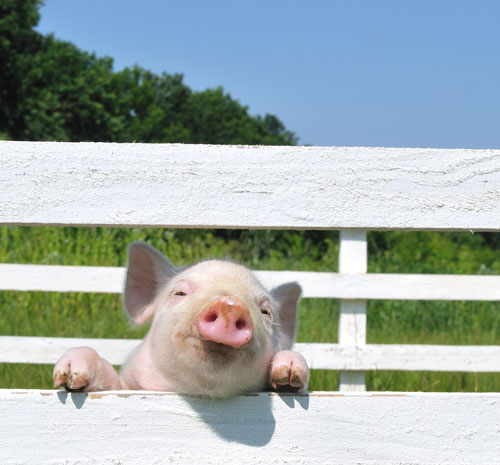 Last year over nine billion farm animals were slaughtered for consumption in the United States, roughly twenty-five million a day. The beyond gluttonous manner in which we produce and consume animal products in this country has morally bankrupted us as at the kitchen table and has financially decimated countless small farmers. While it would be foolish to expect 98 percent of meat eating Americans to abruptly abandon their love for animal flesh, many believe that a reform of our food system is not only possible, but necessary. Cory Booker, the only vegan in the United States Senate, has been vocal on the need for such reform, introducing the Farm System Reform Act in December of last year, which would be an overhaul of the current system. Senator Booker has stated on the subject, “We’ve gone from raising animals in a far more humane, pasture-based model to one where we’re producing food in hyper-confined, concentrated, enclosed buildings that produce these massive lagoons of waste that are poisoning our streams and our rivers.” What Booker notes is our departure from a more traditional method of farming towards a system of efficiency that inflicts unmitigated suffering to countless living creatures. This system disproportionately affects communities of color with health maladies and keeps small farmers in a perpetual state of financial crisis. The casual atrocities that are committed daily on animals and humans alike through factory farming is showing us just how broken our food system has become and that the time for change is now.

We Love Animals… Just Not the Ones We Eat

The popularity of the Popeyes chicken sandwich was so beyond comprehension that it seemed hyperbolic when it was reported that someone had literally died over the sandwich. Americans undoubtedly have an insatiable hunger for chicken,  with over nine billion slaughtered yearly for consumption. The manner in which these creatures are killed is so inconceivably cruel that most consumers would be appalled, leading to corporations lobbying for legislation that criminalizes reporting on these horrific practices.

(Warning: the following is graphic in nature)

The typical factory farm hangs chickens upside down in order to process them through a conveyor belt which causes their organs to collapse onto their lungs, effectively suffocating them since they lack a diaphragm — what separates the thoracic (chest) and abdominal cavities in mammals. Unfortunately this is only where the nightmare begins. The chickens are then put through electrified water which serves as a sort of tranquilizer, sedating them prior to slaughter. However, most chickens desperately flail around in panic, thus missing the electrocution and remaining conscious for the barbarous slaughter that lies ahead. The chickens that weren’t sedated by the electrified water are then conscious at the moment their throats are slashed open, and if they happen to still be alive after each of these sadistic steps, they get the distinction of being boiled alive during the process of defeathering.

Regardless of your dietary preference, no living creature deserves this.

While pigs are commonly viewed as filthy oafs, they are actually considered one of the cleanest animals, electing to excrete far from their eating and living areas when given the opportunity, which in factory farms is often not the case. Pigs are also among the smartest animals in the world, ranking ahead of any other domesticated animal. Additionally, pigs are extremely social animals often seeking the company of others and forming bonds with fellow pigs. By dissociating farm animals from their sentient traits it becomes easier to disregard the horrific conditions they have to endure in order for us to be able to afford to consume copious amounts of animal products. While we may think of pigs and cows as different from cats and dogs and thus warranting less of our sympathy, all of these animals deserve to live a life devoid of suffering. After all, if you were to go far back enough in time, we all share a common ancestor.

Environmental Racism in the Food Industry

The killing of George Floyd earlier this year reminded us that liberty and justice are not afforded to all, and that systemic racism permeates the United States from sea to shining sea. Racial inequality also manifests itself in our food system as Concentrated Animal Feeding Operations (CAFOs), or factory farms, disproportionality threaten communities of color. CAFOs commonly store animal waste in lagoons, which is then used to spray on crops as fertilizer. Naturally, this exercise in efficiency has dire consequences for residents of neighboring communities. The water from these gag-inducing lagoons seeps into the groundwater which eventually enters nearby rivers and streams. Subsequently, the drinking water in nearby communities becomes compromised, leading to increased health risks from the antibiotics transferred via the waste. Unfortunately, it is not shocking to reveal that this affliction disproportionately falls on communities of color to bear. In states like North Carolina, CAFOs are seven times more likely to operate in high-poverty areas and five times more likely to be found in communities of color. Corporations are able to exploit these communities which lack the political and monetary resources required to advocate against these abominations. In addition to their lack of political voice, residents are also incentivized to keep quiet because these CAFOs tend to represent potential employment. Corporations drive small farmers out of business and monopolize the job market in rural communities leading to residents tolerating these health risks because of a fear of driving away a potential employer.

The United States agriculture industry has historically relied on the Latinx community as a labor force, and it is no different in the context of factory farming. Last year the state of Mississippi witnessed one of the largest ICE raids in recent history, with over six hundred Latinx workers detained in a chicken processing plant. Corporations exploit marginalized communities for cheap labor. These poultry workers often only earn poverty-level wages, which on average amount to around $26,000 per year. In addition to the minuscule pay rate, workers are exposed to a bevy of health hazards. On average factory farm workers are five times more likely to experience workplace illnesses, seven times more likely to develop carpal tunnel and three times more likely to have a limb amputated when compared to the national average. Furthermore, the marginalization of women of color is compounded by the sexual exploits they endure in the workplace. In 2018, Koch Foods Inc. settled a lawsuit brought by the federal Equal Employment Opportunity Commission for $3.75 million. The lawsuit accused Koch Foods Inc. supervisors of engaging in both racial and sexual harassment of Latina workers at its Morton, Mississippi plant; yet another example of the toxicity that is perpetuated in factory farms and endured by both people and animals.

Get Big or Get Out

Small farmers are another victim of the malpractices tied to factory farming, as the monopolistic nature of corporations leave many farmers with narrow profit margins. These razor thin profit margins that small farmers are forced to operate under often force them to either expand their operations or to shut down entirely. In other words, their two choices are to get big or get out. The agriculture sector is currently suffering from an overconcentration of ownership to the extent that it has become oligopolistic — an industry that is controlled by the concentrated power of a few firms. This is not only contradictory to the free market economy that is so highly regarded by many in the United States, but it is in violation of antitrust laws such as the Clayton Antitrust Act 1914. Concentration ratios are used by economists to determine to what extent there exists consolidation of power within a sector of the economy. For the most part, sectors in the US experience around 40% concentration ratios, meaning that the top four firms control 40% of the market. Why is this important? Economists believe there is an inverse relationship between concentration ratios and level of competition, thus the higher the concentration ratio, the more likely market abuses will occur. As the chart below demonstrates, every sector within agriculture has concentration levels well above the recommended <40%. This concentration of power leads to the exploitation of small farmers by corporations like Tyson who pass down the burden of maintaining CAFOs and keeping up to date with regulatory demands, leaving many small farmers in the grip of perpetual debt.

Essentially we have allowed “big ag” to create a neo-sharecropper relationship with small farmers, one in which they extract wealth from an industry mired in morally vacuous practices. Small farmers are especially vulnerable to corporate malpractices due to their reliance on both buyers and sellers; these concentrated sectors squeeze them at both ends. For consumers, the lack of competition means higher prices and less choices at the supermarket. Subsequently just a handful of corporations control our food from “farm to fork,” and this uncontested power reaps increased access to politicians, translating to disproportionate influence over the rules that govern the industry and allowing them to further manipulate the marketplace.

From Farm to Fork

Factory farming is yet another example of the maladies that are allowed to wreak havoc on society under hypercapitalistic conditions. Our food system is broken. From the barbaric and inhumane way we care for the living beings that are murdered for our consumption to the exploitation of America’s small farmers, the status quo is not working. Through a “corporate food regime” giant corporations have been able to manipulate policies in order to subvert parity and create conditions that resemble an oligopoly, thus controlling our food from farm to fork. The results of which have been catastrophic: the unmitigated suffering of animals kept in atrocious conditions, the all out assault on the ecosystems in which high density feedlots exist, as well as the exploitation of small farmers and the subsequent crippling of rural communities. As a nation, we need to pivot away from the systems that have transformed our society into a pseudo-oligarchy and towards alternatives that create opportunity — not just the illusion of it. As we are in the midst of a critical juncture in the history of our nation, we must seize the opportunity and create the systemic solutions we need to fix our systemic issues. In the context of our food system, that means adopting reform that mitigates corporate control. Food sovereignty asserts that the people who produce, distribute and consume food should control the mechanisms and policies of food production and distribution. Corporations shouldn’t control how and what we eat.