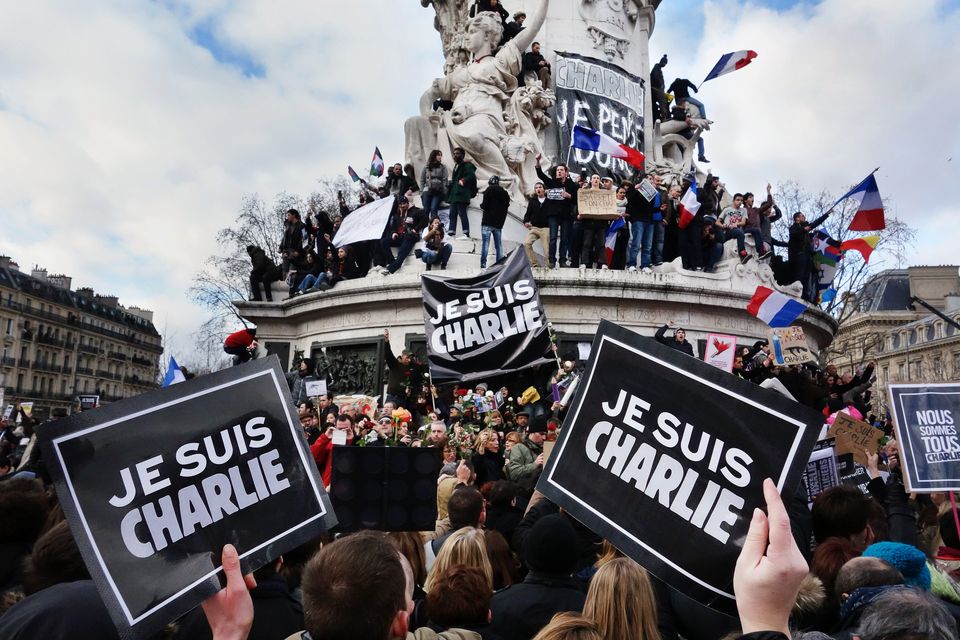 Post-Charlie Hebdo: After the Nice Attacks in 2020, When Will France Address The True Elephant In The Room?

Two men march into an office building at around midday. They were not extraordinary men, yet they were loaded with rifles and other weapons. Within the next few hours, they would take hostage and kill 12 people. The two suspects identified were Said and Cherif Kouachi.

This would be widely known as the Charlie Hebdo shooting and would only be one of the first in a slew of terror attacks that would overwhelm Paris later that year. The slogan, “Je Suis Charlie” (“I am Charlie”), became a rallying cry against the use of political violence by extremist groups. It also became an enduring symbol of freedom of speech as it took a stand against press censorship and violence against journalists.

The building is now used by a television production company, and Charlie Hebdo moved to a more private and undisclosed location in the aftermath of the 2015 attacks. The satirical newspaper became a major target for Fundamentalists worldwide owing to its depictions of the Prophet Muhammad. However, many believe that it remains the right and freedom of the press to mock religion and extremism.

The government invited further ire from many in the country by projecting some of these offensive cartoons of the prophet on major government buildings.

Charlie Hebdo, a publication widely known for its politicization of religion, would soon become the epicenter of the discourse around radicalization and terrorism in France. Recent events over the years have also been a cause to rethink religious defamation in other parts of Europe.

Five years later, three people made their way to a Church in Nice. Events unfolded in a devastating way with three unassuming victims killed in a knife attack. One of them was even ‘virtually beheaded.’

France: The Complexities of Laïcité

Since 2015, there has been a feeling of appeasement in France and a growing concern for the sanctity of the nation’s republican values (liberty, equality and fraternity). France abolished Blasphemy laws in 1791 with a few exceptions in regions like Alsace and Moselle to allow for more freedom of speech and expression as well as Laïcité. Blasphemy may be defined as the act of showing a lack of respect for a religion or deity. This may even be conceived as an offense or form of hate speech toward a particular group.

The concept of Laïcité or secularism has grown to be a contentious topic over the years, especially since the increase in immigration from the Middle East and North African countries since the 1960s. Since then, people grew quick to separate and segregate themselves from Muslim populations in the country. This followed the so-called “Ghettoization” of the suburbs in Paris and other major parts of the country.

Since the height of North African and Muslim Immigration in the 1960s, it is now apparent that Laïcité seems to be morphing into more than an ideology. It is a debilitating vicious cycle of faulty interpretation for political leverage and polarization, especially between the far right and left in the country. France constantly appears to be caught between different interpretations and meanings of the concept even today. As a concept, Laïcité also continues to be weaponized by far right-wing political parties and groups in the country. The National Front leader Marine Le Pen even said that French Muslims could not practice their religion as they were on “culturally Christian soil.”

Under the guise and pretext of endorsing Laïcité and protecting Republican values, the Burkini ban was seen as a certain rupture in the uniformity of French identity. The 1988 Affair of the Scarf when three schoolgirls refused to remove their headscarves was an important catalyst in the debate. By banning Muslim clothing such as the veil or Burkini, there is a latent message about France’s rigid hold on its identity that is conveyed as they are opposed to allowing immigrant communities to hold on to their culture and values. Yet, many in France believe that this could harm the traditional delicate social fabric.

The idea of secularism or Laïcité continues to be an essential part of the social fabric in France. This form of secularism is an intrinsic part of French societal and cultural identity today. Given the precarious nature of religion and associated religious discourse, political groups in France continue to distance themselves from the use of the term “Islamophobia.” In November 2019, a coalition of left-wing organizations came together to condemn Islamophobia in the country. However, many parties such as the Socialist Party (SP) pulled out at the last minute as it was in violation of secular laws.

Moreover, the watchdog and hate crime policing wing of the French government has also been hesitant to use the term as well. The so-called Charlie Hebdo effect was followed by a sudden wave of xenophobia in the country. Many even seem to be othering the religion when they speak out against terror attacks and resort to insulting and branding and villainizing the religion.

Does this matter to the establishment?

President Macron even spoke about how Islam was “in crisis all over the world,” at the funeral of Samuel Paty, a French Middle School teacher who was beheaded by Abdoullakh Anzorov after showing his students caricatures of the Prophet from Charlie Hebdo. It is not surprising that the Iranian newspaper, Vatan-e portrayed Macron as the devil on the front page, calling him ‘Satan.’

This is only one of the increasingly alarming sentiments that have caused a major stir among Muslim communities in the country. He backed this up with a similar statement where he announced plans to enforce tougher laws to counter “Islamist Separatism.” President Macron issued a 15-day frame to the French Council of the Muslim Faith (CFCM) to work with the interior ministry to adhere to a “charter of republican values.” Many of the other new measures to tackle separatism include imposing restrictions on homeschooling on the basis of religious grounds and the allocation of identification numbers to monitor students.

The need to build a national community in France was based on the “reason” developed through France’s Christian and religious roots. There is often a “clash” between western and “Islamic” civilization that is presented between the two. Moreover, a considerable amount of intolerance and violence against Muslim groups in France emerges from law enforcement and police forces. The French Assembly is currently proposing a bill that could potentially forbid the public from filming policemen and sharing photos that identify police officers and law enforcement agents.

The Avia Law drafted in March 2019 called for more regulation of hateful content online. Those who violated would be forced to pay up to 75,000 to 250,000 euros. However, this law was branded unconstitutional by the Constitutional Court, as it was a threat to the overall freedom of online speech.

What Next For France?

It is important to distinguish between hate speech and free speech. The recent attacks in Nice are a painful recall to the events that transpired since the 2015 Charlie Hebdo killings and the lack of progress made on addressing key issues at stake, particularly the rise of Islamophobia. A recent article by the New York Times even hinted at a more sinister hand at play, especially with the rising threat beyond simply Islamic terrorist networks in France.

“It is a personal jihad, religious, and without demands,” said Bernard Squarcini, former head of the French domestic intelligence services. This points to the wider problem of a clear failure to truly address home-grown terrorism as individuals remain ready to otherwize and immediately brand a radical form of Salafist Islam and pit it against the West.

There is a surge in what is being deemed a “new generation of attackers” that are French-born and linked to extremist networks due to online radicalization. The Government continues to attribute terror attacks in France to the confines of the “Islamic separatism” narrative and argument. They remain quick to dismiss the true realities of domestic extremist networks and the lack of intelligence-gathering on this specific front. Political Scientist Giles Kapel even highlights the importance of a so-called “jihadist atmosphere” in social media sites in catalyzing some of these attacks and extending the entrenched nature of existing terrorist networks and links in the country.

“It is important to improve cultural and social access across the Suburbs in France where we have a higher concentration of younger people who are vulnerable to radicalization. We fail to prevent them from watching intolerant speeches. In this way, they believe the state is the enemy,” says Ms. Charza Shahabuddin, a researcher at the Centre for South Asian Studies in Paris when interviewed about the state of affairs in France post-Charlie Hebdo.

As political polarization in the country increases, there are further barriers to productive and constructive discussion and discourse on the subject. At present, though national security remains a valid concern, government actions so far seem to target immigration laws rather than the more systemic and long term issues that remain at stake.

The very idea of homogeneity in a country where diversity is so pronounced is quite obviously ludicrous and in need of some serious re-assessment. Rather than protecting individuals and making the country more tolerant, Laïcité is proving to be anything but.