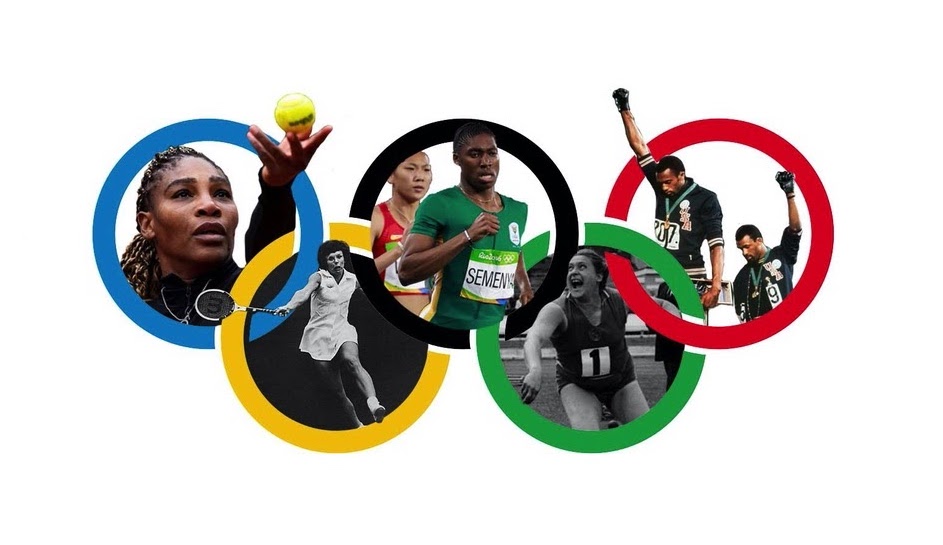 Double Standards in the Olympics and Beyond

Utilizing Caster Semenya as an entryway into the discussion, this article aims to understand the correlation between the treatment of marginalized groups in national and international sports and their treatment in the United States.

Semenya, a women’s track competitor, has been embroiled in a legal battle against the International Association of Athletics Federation (IAAF) since 2009, when she won gold at the Olympics in the 800 meters. In response to her bringing home two Gold medals for South Africa, the IAAF requested she complete gender verification.

The case closed, but, in 2011, the Federation imposed an upper limit on women’s testosterone levels for competitions. These limits were suspended in 2015 after other athletes with hyperandrogenism fought to repeal them. However, after Semenya won her fourth gold medal in August of 2016 at the Rio Olympics, IAAF president, Sebastian Coe, said her time in the race will impact the previous ruling.

Then in 2018, the IAFF announced a new rule in women’s running requiring women with high testosterone to take suppressants. Semenya appealed, but she lost in 2019. This year, she lost her final appeal. This means she will have to take medication to suppress the testosterone her body naturally produces to be eligible to compete. Looking at the vast ways global sports discriminate against non-heteromative bodies reveals many broader implications for people in their home countries.

A clear example of discrimination within the Olympics, temporally tethered to the mistreatment of Semenya, is that of Tommy Smith and John Carlos, African-American runners that came in first and second place respectively in the 200-meter race in 1968. After receiving their medals, they lifted their fists silently into the air, as the US National Anthem played, in honor of those protesting for the 1968 civil rights amendment. For this act, they were suspended from the Olympic games and banned from the Olympic Village.

Though the circumstances for banning are different, the truth behind both Semenya’s treatment and Smith and Carlos’ banning are rooted in the dismissiveness of the Olympic Committee towards humanity.

Semenya is also not the first woman to have her gender subjected to policing by the International Olympics Committee. The misogynistic gatekeeping of womanhood in the Olympics was first visible in the 1936 Berlin Olympic Games when Avery Brundage, former American Olympic Committee president, began his crusade against muscular women. That year, he insisted the International Olympic Committee implemented sex testing, “to make sure they were 100 percent female.”

The final push to make sex testing enforceable in the nonpartisan Olympic games had very political origins. It came in the 1960s, due to Cold War anxieties, pushed by America and related to how muscular Soviet women were dominating the games. The International Association of Athletics Federation ruled that women competitors must prove their womanhood or not participate. In 1966, the IAAF implemented a “nude parade,” replaced the following year with a chromosome check. The next year, the International Olympic Committee implemented sex testing after even more pushback against Soviet competitors by the US who were called “wolves in red skirts” in American press headlines.

Caster Semenya is an important example because she symbolizes the dangers of the phantasm of anti-trans pseudoscience. She is a cisgender woman being directly impacted by the same transphobia fueled gender discriminatory policies Soviet women faced in the 1960s.

Interestingly, there does seem to be a correlation between color and gender, as Semenya is not the only Black femme athlete to be subjected to this genitalia obsession from media. The reason for the high proportion of Black women athletes being called masculine is theorized to correlate with the misogynoir Black women face. This term, coined by American scholar Moya Bailey, articulates the space that Black women encapsulate in relation to misogyny. The goal of the term is to recognize how sexism and anti-Blackness combine to affect Black femmes in a more complex way.

Serena Williams has been targeted by critics for her masculine features and aggressive tennis style for decades. After years of unrelenting critiques on her physic, she released an open letter to her mother in 2017. She hits on a few key points critical to the misogyny BLack women face,  “It has been said that that I use drugs,” and that “It has been said I don’t belong in Women’s sports — that I belong in Men’s — because I look stronger than many other women do.”

Transphobia At Its Foundation

Doriane Lambelet Coleman, a law professor at Duke University, encapsulates the pro-testosterone suppression narrative by claiming that in sports, “distinguishing people on the basis of their biology actually matters.” This is not the first time Coleman has spoken out regarding women in sports. In 2019, she wrote a statement in favor of barring trans women from female sports in America under Title IX. She claims that women with testes would overtake all sports if they are allowed to compete.

From her perspective, by allowing trans and androgynous women to participate, “we will lose the capacity to isolate the best females on the planet.” Coleman’s claim that, “We would never see a female body on the podium” as the crux of the call for testosterone suppression exposes it for the transphobic rhetoric it is.

I would counter Coleman that these women identify as women. Thus, a woman-identified body on the podium would still be the female body, regardless of genitalia or testosterone. There is no singular way a woman has to look, and to claim that is the same argument that fuels the misogynoir claims that athletes like Williams and Semenya are men. The claim that trans women will push ‘regular women’ out of sports is a false one. In competitions such as these, trans women are not raking in the winnings as one would expect if they were “dominating” the field.

In Connecticut, there is an ongoing lawsuit in relation to trans women participating in sports. This conversation is heavily centered on Terry Miller; in this past year she ran the fastest time a woman has ever ran on an open and indoor track for the 55-meter dash in the state. Yet for the past few races, she has come in third place, showcasing on a micro level how trans women like Miller are not as overpowering on the field as individuals like Coleman claim.

When Coleman explains that we want to see “female” bodies on the podium, is she saying that we want to see white women’s bodies? Is she just another facet of society continuing to refuse to grant Black womxn femininity? Or does she genuinely believe the transphobic claim that testosterone, not one’s own feelings towards their body, decides gender?

The sanctioning of discrimination by the World Olympic Committee furthers the ability of individual countries to oppress their own people. For example, in the United States, the Republican Party attempted to pass the Protection of Women and Girls in Sports Act in September that would cut federal funding to schools that allow trans women to play in women’s sports under the claim that they were biological men. Trans-exclusionary legislation like this impacts less than 1 percent of the US population; however, that is still at least 1.4 million Americans that identify as transgender femme or masc persons.

That is not the only “trans ban” related legislation that has been proposed in the month following the AAIF’s original ruling. Russia’s legislature recently overruled legislation meant to make it impossible to change gender identity on official documents. However, the main reason for striking down these amendments was vagueness in the legislation, not the anti-LGBT sentiment of the laws.

These restrictions on intersex and trans athletes are indicative of real dehumanizing policies that could be imposed globally. Thus, by standing by as athletes like Caster Semenya, have their rights infringed upon abroad, we are thereby allowing for the dehumanization of othered peoples in the United States.

Tessa Stapp
More from The ReviewMore posts in The Review »