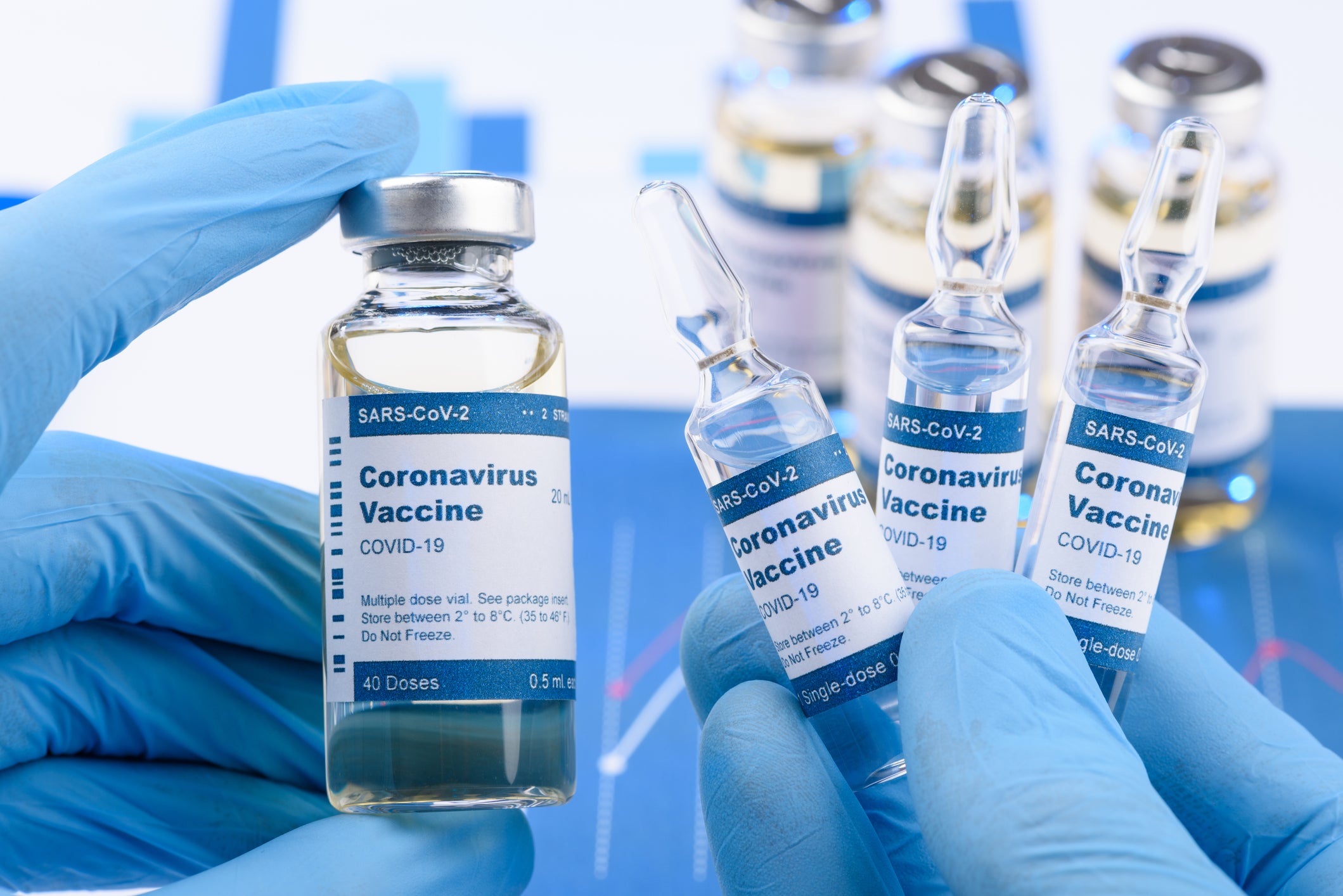 The space of COVID-19 vaccine and therapeutic development is crowded in 2020. As these companies race to the finish line of research and development, the problem of drug discovery and distribution has been politicized. This has subjected some companies to tighter development deadlines due to political pressure while others find their work prematurely disclosed and promised by politicians. Amidst the chaos, decision-makers scramble to come to a consensus and bring decisions into action, while people harbor increasing distrust towards Washington and the drug companies.

Current landscape of vaccine & treatment development in the USA

There are over 130 COVID-19 vaccines at various stages of development around the world. Conventionally, vaccines and treatments clinical trials take 5-10 years to ensure safety and efficacy, but the urgency of COVID-19 has compelled companies to expedite the development process. Moderna, a frontrunner in vaccine development, uses next-generation nucleic-acid based vaccines which rely on gene sequence information alone rather than in vitro cultures of live viruses. This technology shrinks the research timeline by months. It is interesting to note that Moderna has no approved therapy and if successful, its vaccine would be the very first approved drug of the company and a proof-of-concept for the revolutionizing RNA-based vaccine.

In the latest poll from the Pew Research Center, which surveyed more than 10,000 US adults from Sep 8 to Sep 13, only about half (51 percent) say they would get a COVID-19 vaccine if it were available today. The skepticism is multi-fold. One obvious reason is that, as we see in Moderna’s case, there is no successful precedent that proves whether a novel concept could work against COVID. Second, the notion that an accelerated pipeline under political pressure further fosters the skepticism. Democratic Vice Presidential nominee Kamala Harris told CNN that she’d hesitate to take any vaccine before the election, suggesting that the experts overseeing the approval process would be “muzzled … suppressed … sidelined …” Further, in the current administration’s attempt to downplay the severity of COVID-19, it has repeatedly made unfounded claims about “curing” the virus’s infection, from using hydroxychloroquine to distributing an unapproved drug by Regeneron for free. The repeated random outburst of enthusiasm about a certain treatment has rendered the public ear callous and the administration unreliable. An additional layer of skepticism roots in the rampant spread of misinformation and a historical mistrust of vaccines. A global Wellcome Trust study showed in 2019 that, even under normal circumstances, 7 percent of participants somewhat or strongly disagree with the statement that vaccines are safe, 11 percent neither agree nor disagree, and 3 percent said they ‘don’t know’. Some even refuse to inoculate their kids because they believe that vaccines could cause autism, despite there being no scientifically established connection between the two. The mistrust of vaccines, and medicine in general, was a common phenomenon in developed nations, and the pandemic only amplified the attitude.

The public mistrust feeds the national political agenda, which in turn exacerbates public skepticism. As the Trump administration pushes for accelerated vaccine and “cure” development, the Democrats continuously undermine the FDA’s authority and the GOP position by questioning the reliability of the vaccine if it were to be approved via the accelerated pathway. While the two sides are embroiled in the political debates, the true problem should not be about the time it takes to manufacture vaccines, as long as the final product has proven efficacy and safety. It is fine to urge the FDA to allocate more resources to approve a vaccine earlier than it normally would, and the FDA should not be labelled as partisan for doing so. The FDA has served as the compass of global drug approval and regulation in the past century, and no doubt it has the top medical talents steering the wheel. In short, the approval process could be accelerated, but the approval itself needs to remain neutral and demands bipartisan and national support regardless of how quickly it happens.

Leading in the game of vaccine development are Chinese pharmaceutical companies Sinopharm and SinoVac, both state-owned companies, collaborating with the Chinese CDC and the Chinese Army. The two companies have successfully deployed vaccines in early October and began to inoculate key public workers and their own employees as early as July for secret clinical trials. Meanwhile in the United States, the most promising vaccine candidates are still undergoing phase 3 of the clinical trials, with some caught by safety concerns and others low efficacy. Perhaps centralizing vaccines research and manufacturing is the way to go?

Before dismissing the centralized approach as draconian, there is something that Western decision makers can learn from. The concerted effort from top-down reduces the waste of resources in clinical trials. For instance, multiple vaccine platforms are in development, and they compete for clinical trial subjects. As another example, vaccine trials will be conducted by different manufacturers, and the endpoints of clinical trials should be standardized as much as possible so that relative efficacy can be determined clearly. Other advantages of a centralized oversight include better alignment of strategic goals and better cross committee communication. NIAID Director Anthony S. Fauci, M.D. also agrees that “centralizing our clinical research efforts into a single trials network will expand the resources and expertise needed to efficiently identify safe and effective vaccines and other prevention strategies against COVID-19.” Indeed, part of the CDC’s vaccine effort, “Operation Warp Speed,” which aims to deliver substantial quantities of vaccines by January 2021, has established a centralized clinical trial network for volunteer enrollments and for future vaccine distribution in collaboration with the military.

However, it would be also a mistake to topple the principles that made the FDA’s reputation and follow China’s footsteps to completely centralize research and development for these drugs. A major reason is that the field of vaccine development is in need of innovation. While the world has witnessed tremendous progress in immunology and vaccine development, it is important to remember that there remain numerous viruses that we have no vaccines against. Examples include the severe acute respiratory syndrome (SARS) and Middle East respiratory syndrome (MERS), which are closely related to COVID-19 and are reasons why some professionals can be discouraged about having an effective vaccine against COVID-19. There are almost countless approaches to trigger an immune response against the virus, from delivery mRNA to stimulating T-cell responses (another component of the immune system besides the antibodies), and a successful product will only likely surface after massive trials and errors. This is difficult to do when only two companies determine the fate of the vaccine.

In other words, the degree of innovation should be preserved and encouraged by stimulating more companies to join the race. However, centralization is also needed to facilitate other parts of the drug development pipeline, such as manufacturing and distribution. A certain degree of centralization should help to accelerate vaccine approval by reducing wastes and promoting more efficient communication across different institutions and health authorities. Little evidence suggests that the vaccine development is being rushed in manners that sidestep safety regulations or cutting corners in efficacy. Misreading attempts to unify efforts and politicizing it is no less disturbing than rushed vaccine trials. The politicization over the COVID response is perhaps a symptom of a larger problem of the nation: the people, even those in leadership positions, no longer trust the health authorities. This characteristic is a slippery slope that could be more destructive than the pandemic itself in the long run.