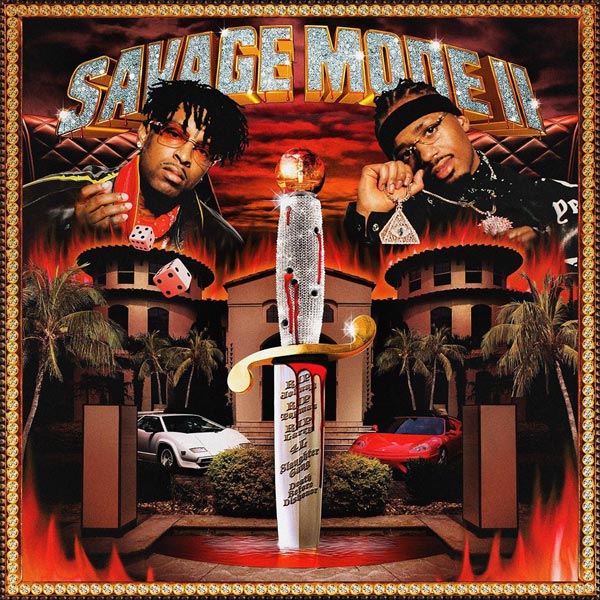 Are You Listening? Misogyny in Rap Music and What It Means for Women in Society

Rap music gained its hype in block parties in New York City in the 1970s and has become a staple part of culture in society today. Rap is literally defined as the recitation of lyrics over instrumental beats, but it has become a form of expression and art.  Over the decades, this art has advanced as new artists rise to the top and take over the genre. However, as rap has become popularized in society, the explicit nature of lyrics that sexualize, objectify and romanticize women has become alarmingly normalized as well.

A Closer Look in the Industry’s Gender Gap

For decades, the genre of rap has lauded male artists while female performers struggle to succeed in the male-dominated industry. When over 6.7 million fans voted on a ranking of the “The Greatest Rappers of All Time,”  only three of the top 100 rappers were female artists. Furthermore, in 2019 when rising female artist Saweetie earned her title on the Billboard Top 100 Chart, she was only the 7th woman to do so that year.  Prior years saw even fewer women make this list: seven was the most number of women who had reached this achievement in a given year during the entire decade.

The overarching issue leading to women’s underrepresentation among “elite” rappers is the lack of representation of women across all major roles in the music industry, especially songwriting and producing. In a USC Annenberg Inclusion Initiative study, Professor Stacy L. Smith analyzed the artists of 700 songs on the Billboard Hot 100 year-end chart over the years 2012 to 2018. Professor Smith uncovered that across all seven years, 12.3 percent of songwriters were female, 21.7 percent of the artists were female and only 2 percent of producers across 400 songs were female. Most crucially, the producing side of the music industry has consistently lacked female representation. This male-dominated environment hinders women with a passion for music production, preventing them from reaching a high level of success and achieving their career goals. Even further, female artists are consistently put in positions of answering to male producers. As producers often have a high degree of creative control over music, these male producers’ ideas heavily influence the women’s songwriting. Professor Smith’s study corroborates this idea, concluding, “Women are shut out of two crucial creative roles in the music industry.”

Professor Smith went on to explain, “What the experiences of women reveal is that the biggest barrier they face is the way the music industry thinks about women,” adding, “The perception of women is highly stereotypical, sexualized and without skill. Until those core beliefs are altered, women will continue to face a roadblock as they navigate their careers.”

Moreover, the lack of representation of women in music does not end at rankings and top 100 charts; women are also underrepresented at award shows such as the Grammys. In 2019, Cardi B made history, becoming the first female rapper to earn the award of “Best Rap Album.” While this recognition was a step in the right direction, the 2020 Grammys quickly stifled the progress. With the exception of two female artists featured on a nominated album, no other female rapper was nominated for an award.

The Grammy nominations alongside other similar music award trends reflect the music industry’s bias against female artists. As Billboard explains, “It appears that every year, there is sheer confusion regarding the criteria for nominations in the rap categories. Are they determined by mainstream success and popularity? Is it skill? Content? If any of these are determining factors, female rappers check every box…” Though female rappers do meet these criteria, over 90 percent of all recent Grammy nominations were men: the inherent bias against women in a male-dominated industry prevents women from obtaining the recognition they deserve.

Even further, women are less likely to be signed to a record label. One record label owner and industry tycoon, Rick Ross, explained that he does not sign women to his record label because he is certain he would be sexually attracted to them. In an interview, he remarked, “You know, I never did it because I always thought, like, I would end up fucking a female rapper and fucking the business up… I’m so focused on my business. I just, I gotta be honest with you. You know, she looking good. I’m spending so much money on her photo shoots. I gotta fuck a couple times.”

The Male Rappers’ Portrayal of Women

The question then remains, in a male-dominated industry, where the so-called “greatest rappers of all time” are 97 percent men, why do so many rap songs sexualize women? Rap lyrics offensively and derogatorily call women “bitches,” “sluts,” “hoes,” “females” and romanticize a woman’s attraction to a lavish lifestyle, portraying wealth as a universal sex language.

All of these slurs, and more, are highly objectifying. Calling a woman a “bitch” likens her to a female dog, characterizes her as aggressive and annoying and casually ridicules her. The term “slut” nonchalantly criticizes what society views as promiscuous behavior or clothing, often a reason society blames women for being victims of rape. The derogatory term, “hoe,” has similar negative connotations. People generally use these terms to label women, not men, and portray them negatively. “Hoe” and “slut” embody society’s double-standards that scrutinize and judge a woman’s sexuality but praise a man’s. The impact of calling a woman a “female” holds similar weight, as the connotation of “female” implies that a woman can be considered for just her sexual traits while men, seldom referred to as “males,” are worth more.

How Misogynistic Rap Music Negatively Impacts the Portrayal of Women

I wrote this article because Savage Mode II, an album fans worldwide highly anticipated for four years by 21 Savage and Metro Boomin, was recently released. When I listened to it, I was shocked at what I heard. In just 15 songs, that one album said “pussy” 83 times, “bitch” 33 times and “hoe” 6 times. Though not all instances were directed at women, most were, and the words themselves stem from misogynistic roots, regardless of to whom they are applied. 21 Savage even identified a theme of “pussy and money” in the album. Although this is the first time I’ve ever explicitly counted the number of times women were objectified, Savage Mode II is just one of thousands that do the same. This album was a wakeup call, and it is surprising how numb society has become to such lyrics.

When analyzing rap music, researchers have found it is far more common for women to be portrayed in derogatory ways rather than as “independent, intelligent, enterprising, or superior to men.” Sexist rap music hinders the societal perception of women and their progress in modern society. When so casually overlooked, misogynistic lyrics reflect the rooted sexism in society. I’ve only come across a handful of articles that explicitly challenge sexism in rap music and the artists that use their wealth as justification for objectification, but this issue needs to be addressed.

Listen to the Lyrics – Why Does This Matter?

It is important to recognize that the message of this article does not apply to all rap music and rappers. Rap music is surrounded by culture, history, and vibrancy, especially within the Black community, that has united individuals through the expression of music. Rappers have used their lyrics to discuss world issues, such as Black Lives Matter (The Bigger Picture, Lil Baby), mental health (Suicidal Thoughts, The Notorious B.I.G.) and even the objectification of women (Keisha’s Song (Her Pain), Kendrick Lamar). Still, when so many rappers portray women as sexual objects who are overly attracted to the lavish lifestyles of successful male rappers, they reinforce a dangerous dehumanization of women.

The most powerful and influential artists connect with their listeners. Derogatory lyrics negatively impact how society views women and how women view themselves; these perceptions influence younger generations. Research indicates that an overall desire to be part of a popular group, such as rap music, can override young people’s concerns or questions about the negative messages. Studies show that such language stems from a social source that rap music reinforces. Moreover, degrading rap music influences younger listeners who are swayed to perceive women in the manner this music presents them. This portrayal has been found to impact how women value themselves and their overall self-esteem.

Ultimately, the current music industry is failing young girls and women, ostracizing them from the creativity, passion and unity that music brings by upholding an atmosphere of objectification, sexualization and underrepresentation. Be cautious of the music you listen to, the messages they embody and giving the ‘pass’ to your favorite artists. Although lyrics embody an artist’s intended message, many rappers design that message to cater to their listeners, and the larger music-loving community as a whole must hold artists accountable for what they choose to say.