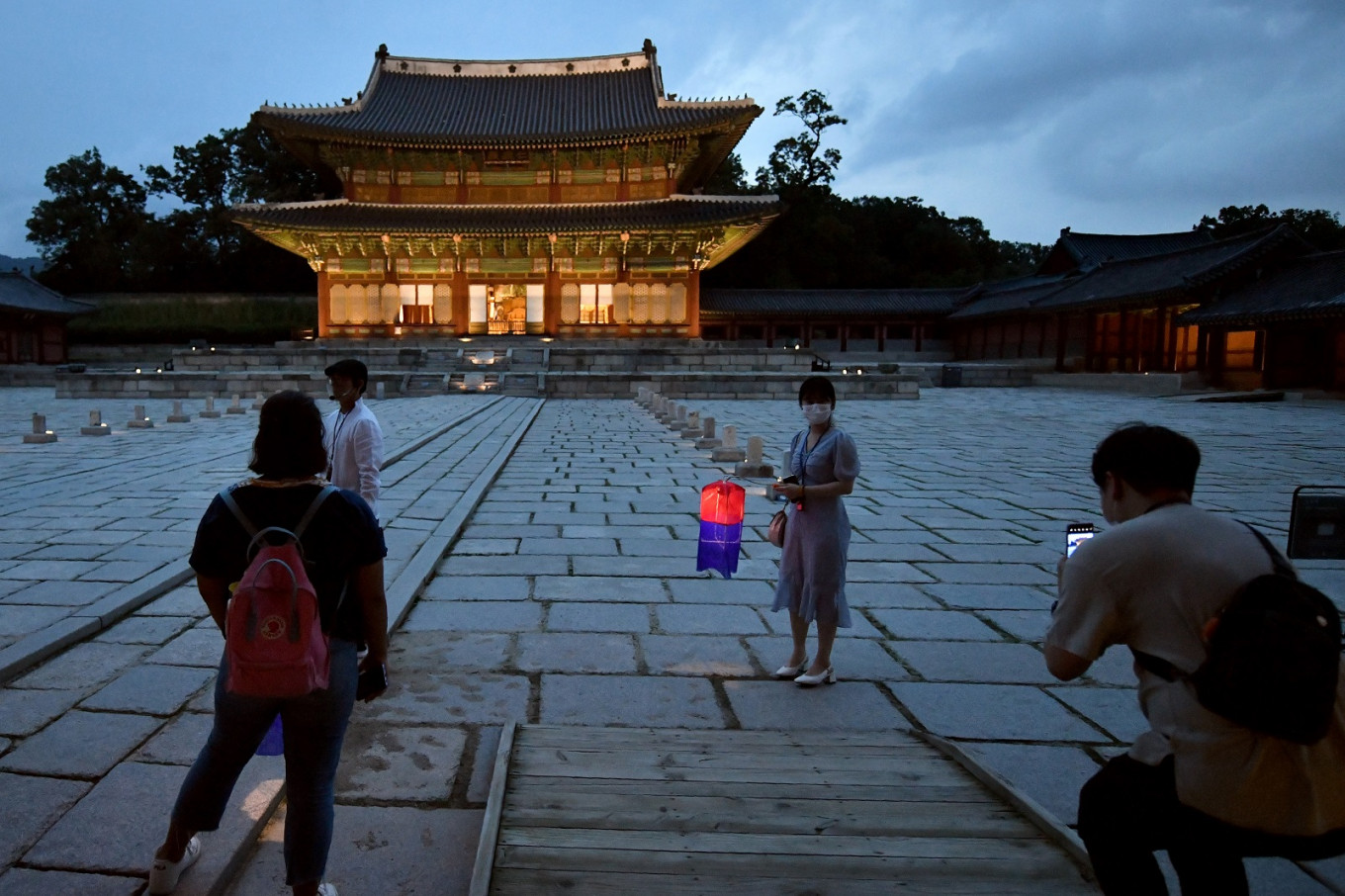 The Korea You Know Doesn’t Exist

It’s the 2017 American Music Awards. In a packed theater, the crowd competes with the blaring music as individuals scream their favorite band members’ names — an all too familiar sight. From performances by the Beatles to One Direction, swooning fans are the staples of music awards like the AMAs. But unlike most past award shows, this particular band didn’t come from the West, and their songs aren’t even in English. Despite these cultural barriers, amongst the cameras, music and crowds, BTS had officially landed in the United States, and with them, Korean music and culture had officially cemented its place in mainstream American media.

Dubbed “hallyu,” the expansion of Kpop into international markets has been a two decades long endeavor, and although music is at its forefront, it is definitely not hallyu’s only driving force. The “Korean wave’s” reach is expansive, including Korean soap operas, Korean food, Korean beauty products and Korean culture at large. In fact, the Western following has gotten so large that there are Korean music and culture conventions held in major cities all across the United States a testament to K-Culture’s reach and influence. As a nation, South Korea has greatly benefited from its newfound following, with tourism rates reaching an all time high in 2019. Korea has also garnered an incredible amount of “soft power,” a  term used in diplomatic spheres to describe the positive portrayal of one’s country and government, which ultimately boosts its geopolitical prominence. Through its rise in pop culture popularity, Korea has officially entered the world stage as an economic powerhouse, a geopolitical leader and a mainstream trendsetter. But behind the image of a strong, modern Korea lies a different picture — one of struggle, stress and suicide. Unbeknownst and hidden, this image of Korea is a far cry from the idealized country fed to its audience and the larger Western world.

One of the most unique factors of Kpop is not its genre blending sound or it’s highly synchronized dances. Rather, what makes Kpop so popular, resonating with fans around the world, are its artists, who are often called Kpop “idols.” Ironically, though, the process of becoming an idol is nothing to idolize. Intense and grueling, Kpop “trainees” train for up to ten years under a contract with major entertainment conglomerates who pack their daily schedules with school, dance, vocal, and sometimes Korean language lessons. While difficult under regular circumstances, trainees and idols are often subjected to perform under strict diet and image standards. Since media companies view their Kpop stars as investments, they try to exert as much control over their idols and trainees as possible. With such an image-centered environment, this often results in excessive workout routines and unhealthy dieting habits. In one interview, an ex-Kpop trainee explained how starvation, anorexia, and bulimia were not only routine, but encouraged by the entertainment companies. She goes on to explain how companies pressured their trainees into getting plastic surgery, exemplifying once again the tight grip that these companies hold their stars in.

These practices have horrendous consequences. Just last year, two famous Kpop idol stars committed suicide, a trend that is becoming increasingly common within this culture. Lee Hark-Joon, a Korean journalist, explains that this is no coincidence. From training to being constantly ridiculed in public spheres, Kpop idols are especially susceptible to psychological distress and depression. Ultimately, underneath the glamor, fame, and success of Kpop, artists are struggling for their very survival.

Beyond Kpop and into Korean Society

Overwork and a high importance placed on performance is not just confined to Kpop. A simple examination of its incredibly intense education system highlights the excessive emphasis placed on success, and the means one will take to become successful. Although South Korea consistently ranks as one of the most educated countries in the world, their education system is far from perfect. Students in Korea are forced to learn in a hyper-competitive environment. Rather than fostering academic and intellectual curiosity, South Korean students are taught that they have to beat their classmates within the current system, leading to immense stress. In fact, Korea consistently ranks number one for the amount of stressed children within the developed world. It is no surprise then that most students attend after-school tutoring centers called hagwons, where they may study for up to eight hours a day in addition to their regular school day. This race to the top is often attributed to the students’ aspirations for acceptance into one of South Korea’s prestigious universities, which almost guarantees a successful job following graduation. Yet, with stress-driven student suicide becoming increasingly common, one must ask: College acceptance, but at what cost?

Beyond the realm of academia, overworking is also common in the workplace. Among the Organization for Economic Cooperation and Development (OECD) member countries, South Korea ranks second on the list of longest working hours, behind Mexico. Additionally, corporate culture in Korea is rooted in traditions of nepotism, hierarchy, obedience and company loyalty. Combined, these factors create an environment where instances of bullying, harassment and pressure to overwork thrive. Even within the highly innovative, forward-thinking startup sector, traditional values are often poorly hidden underneath empty promises of work-life balance and progressive management. Sadly, death and suicide by overwork is not an uncommon scene in the East Asian nation, as roughly a third of its suicides are caused by overworking.

In addition to suicide, South Korea is facing a population crisis. With women gaining access to the spheres of education and labor, birth rates have declined drastically, and with the culture of overwork engrained in young Koreans’ consciousness, many are giving up on their love lives. As a result, not only is there an aging population, but the Korean youth have no plans of reinvigorating it. Thus, overwork has created systemic issues that far exceed one’s personal and individual livelihood.

With the rise in South Korea’s cultural and geopolitical prominence, many Kpop followers idealize the nation, seeing only what large media corporations procure. Yet, beyond Korea’s exploding Kpop scene, lively culture and intriguing soap operas lies a society in desperate need of attention and reform. Stress, overwork and suicide are becoming incredibly interwoven into Korean society, and there are no signs of it stopping anytime soon.

This is not to say that Korea does not have plenty to be praised for. In just a few decades, South Korea catapulted from a war-torn, poverty-stricken nation to the fourth largest economy in Asia, creating a society of the most educates and healthy citizens the developed world has seen. Korea should be proud of its people, its culture and its economy, but that does not mean it cannot be better. Reform is an act of love, and love is exactly what Korean citizens need right now.