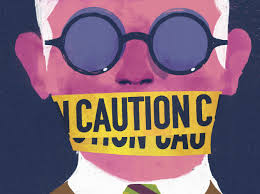 If you’re a student who has taken a social science course or a social media user who has ever encountered online political dialogue, you’ve probably been warned that the subsequent content might be triggering. While some perceive these “trigger warnings” as a modern fad of pop-psychology, it’s increasingly clear that these protective, avoidance-based notices are here to stay. However, since the early 2010’s, national debate about the validity, effectiveness, and moral virtuousness of trigger warnings has sparked noteworthy disagreement throughout scientific and political communities.

Regardless of where one stands on the issue, a national discussion about policies that can curb or reduce anxiety amongst teenagers and young adults is assuredly warranted. Rates of anxiety amongst young people have doubled since 2008. COVID-19 has done nothing but exacerbate these trends —in fact, recent studies have shown anxiety rates among students have increased by more than 50 percent in this last year.

While the proponents of trigger warnings claim that they raise awareness for mental disorders by constructing built-in protections from sensitive content, it’s important to identify just what “sensitive” has come to mean, and who is setting the terms on college campuses.

Since the early 2010s on college campuses, both the principle and purpose of trigger warnings have expanded to warn students of content that is “‘emotionally confronting’ or ‘distressing’, rather than narrowly traumatic—much of which has no direct association with trauma in the psychiatric sense.” In other words, as long as someone can justify that any given content is offensive within reasonable parameters, that content warrants a trigger warning.

It is often students that request warnings for material they deem sensitive, rather than university administrators or professors making the determination themselves. Some might argue that the phenomenon of trigger warnings can be explained as society autocorrecting itself of the phrases and concepts that unknowingly provoke anxiety or distress, but this explanation begs two underlying questions. First, is this perception functionally correct? Are trigger warnings shown to reduce the level of discomfort students feel? More importantly, is an educational institution best serving its students by “protecting” them from distressing ideas and traumatic content?

Advocates for the broad implementation of trigger warnings claim  that alerting a viewer of sensitive content before it is presented will lessen the discomfort or distress the individual might feel. There is a sense that trigger warnings “allow those who are sensitive to these subjects to prepare themselves for [viewing] them, and better manage their reactions.”

For the negligent impact that trigger warnings have on accommodating a student’s emotions, the Harvard data identifies a critical blindspot in the “protective” narrative. It appears that the act of giving a trigger warning itself has a negative impact on the emotional response to distressing content. In other words, the anticipation of a response can exaggerate the response itself. Inherent in a trigger warning is an affirmation that content to be viewed will cause distressing emotions rather than the possibility that the content might cause distressing emotions. When one group of students from the Harvard study “were told that a suspenseful film clip contained graphic violence” they exhibited “significantly more distress than people who were told that graphic violence content had been cut.”

This evidence drives at the heart of one key social misconception: emotional responses are hardly a product of content itself, but rather a product of the perception of danger, rage, or fear one’s own psychology invokes while viewing content.   This means that trigger warnings can only succeed if they temper the perception that an event is objectively distressing and will invariably cause anxiety — a goal trigger warnings actually contradict.

Whilst the empirical evidence may not be on the side of supporters of trigger warnings, their advocacy is not without legitimate motivation. Colleges and universities must do their part  to  address the overwhelming national mental health epidemic. Even if trigger warnings are not pscyhologically advantageous, advocates argue for  trigger warnings from a moral standpoint, claiming they are necessary because they give traumatized students the  choice of whether to engage with their past trauma or not.

Trauma victims or individuals with diagnosed PTSD should have every right to choose whether  they engage with said trauma or not, but it isn’t clear that taking away trigger warnings inhibit victims from being able to do this. Nearly every college course has a syllabus that outlines what content will be covered throughout the term. Pre-class lecture outlines and overviews of course content before the semester begins provide ample opportunity for the minority of vulnerable individuals who would wish to remove themselves from potentially traumatic circumstances to do so if they so choose.

While the national controversy provoked by the emergence of trigger warnings has centered around their efficacy in reducing traumatic responses to sensitive material, any change in educational policy cannot be holistically analyzed without considering its impact on learning itself. In an interview with a Berkeley Psychology Professor, Rodolfo Mendoza-Denton Pd.D, they outlined how instructors might “utilize trigger warnings to complement efforts that aim to construct environments of trust and comfortability.” Professor Rodolfo Mendoza-Denton currently teaches a class on prejudice often addressing sensitive material. They explain how establishing norms of emotional safety and even friendship between staff and students, “especially at the outset of the course in the syllabus,” can impact students’ openness and willingness to engage with sensitive material, and therefore their learning experience. In this sense, trigger warnings might have positive effects on students’ learning experience, but this assumption is incumbent on two preconditions. First, the effect might only be substantive or relevant if the instructor firmly establishes a friendly, emotionally-safe environment at the outset of the course in the syllabus. Second, and more critically, the perception of and reaction to trigger warnings amongst students must reinforce the perception that the environment is emotionally safe and the instructor is actively interested in optimizing learning. It is not totally clear that trigger warnings are functionally capable of creating this perception: when these warnings empirically maintain or embolden the sense of angst students feel viewing provocative content, then avoidance of any increased angst could neutralize the perception that the environment is safe. In other words, if it is inevitable that sensitive content will be viewed or discussed, perhaps the most efficient way to maximize student engagement and learning is for instructors to portray that material as being the least emotionally traumatizing as possible.

Motivated by empathy and a heightened awareness of the mental health crisis, proponents of trigger warnings often believe that the difference between critics and themselves is compassion. This couldn’t be farther from the truth. Ultimately, the chief difference between the protective approach supporting trigger warnings and the theoretical approach that opposes them is a fundamental disagreement about the treatment of anxiety. While warnings that lead trauma victims to avoid traumatic content may slightly enhance an emotional sense of control, they are less than a solution to eliminating anxiety in the long-term. A trigger warning implies that the ensuing content will invariably lead to distress which reinforces the sense of inescapability and constant threat that past trauma irrationally led the victim to assume is ever present. In other words, trigger warnings help prevent individuals from transitioning into a world in which the content will never elicit distress — a world where the individual no longer has anxiety. Psychologists have documented that the most effective therapy to cure anxiety is grounded in confrontation and acceptance with and of past events, not avoidance of them. In fact, mechanisms that encourage avoidance of past trauma in PTSD victims can enhance anxiety because they amplify the irrational fear that proceeds sensitive content, instead of incentivizing students to better manage irrational responses to traumatic material. By no means should universities compel therapeutic practices, but if the motivation behind accommodations is the reduction of overall anxiety on campus, then it should be noted that confrontation and acceptance are the best proven methods in overcoming anxiety, not avoidance.

With respect to the individual that has no diagnosed mental condition, it is certainly debatable as to whether educational institutions should validate the students desire to be protected from content that does nothing more than offend them. Specifically, trigger warnings are increasingly employed to psychologically prepare students for topics like islamophobia and colonialism. The chief purpose of including these subjects in a social science education is not to purposefully provoke feelings of frustration and anger at historical atrocities, but rather, to create an  understanding of these events and arm the next generation with the analytical framework necessary to resolve the problems we cannot yet predict. More importantly, solving problems like  islamophobia (subjects which warrant trigger warnings) requires an objective, non-politicized education that encourages students to engage with the ideas and individuals they detest.

Offensive ideas will always exist. But battling them will require an intellectual offense—in other words, defeating these ideologies is not something that can be done by meeting them with disgust and nothing more. Leading individuals away from irrational presuppositions about certain cultures or peoples requires engagement and constructive dialogue. The nation’s most renowned educational institutions are so often defined as epicenters for progress because they combat falsehood and ignorance with the only force capable of taking their place: rationality.

Besides, like bones, the human mind is antifragile. It doesn’t break when it is challenged or moved into a position of discomfort—it gets stronger. Seeing as education is meant to advance and enhance worldly perspectives, students without diagnosed anxiety disorders shouldn’t be allowed to request trigger warnings on the basis of offensiveness. Engaging with  perspectives that one finds offensive can often reveal shortcomings and blindspots in one’s own argument against said offensive thing, or even just generally expand one’s own understanding on the subject more extensively. This is what education is, after all; it is the challenging of assumptions and premises even when it might offend someone to do so. Trigger warnings for political ideologies and historical events contradict the fundamental assumption within education that one’s ideologies and political preferences might be fallible and might have room to become more objectively true, holistic, or balanced.

Subjectively denoting certain content or ideas as necessitating trigger warnings is a label that any presentation of such content is inherently, and unchangeably, offensive. This social construction makes individuals who possess minority opinions that may be offensive to the majority, but valid in a public dialogue, intimidated or even fearful to equitably express their viewpoints. And in the final analysis, even if you believe that educational institutions should protect the short-term feelings of its students, they surely shouldn’t be allowed to do so at the expense of someone else’s comfort — and in the extreme, at the expense of someone’s ability to use their freedom of speech.