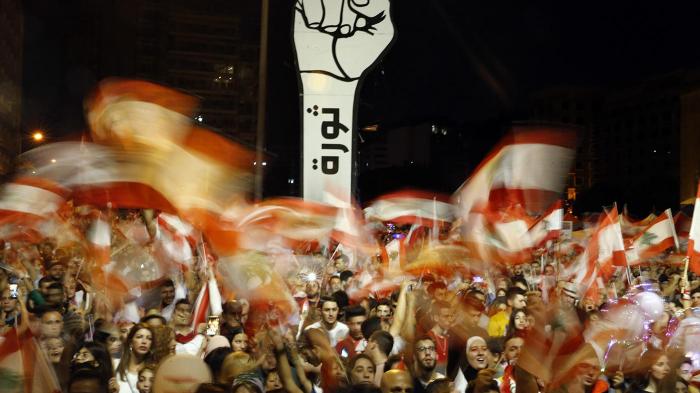 The Uneasy Stability of Lebanon

On August 4th, 2020, a large fire broke out in a warehouse next to the huge grain silos in the port of Beirut, Lebanon. Later, at 18:00, there was an explosion followed by a series of smaller explosions, akin to fireworks. Approximately thirty seconds later, a massive explosion that resembled a mushroom cloud wreaked havoc on Beirut. Buildings in the nearby blast radius were leveled and the rest of Beirut suffered extensive damage. According to the BBC, the blast blew out the windows at Beirut International Airport, which was five miles away from the blast site,  equivalent to a 3.3 magnitude earthquake.

In the warehouse, 2,750 tons of ammonium nitrate were stored, apparently brought in on a Russian-owned boat with a Moldovan flag in 2013. The very presence of the boat evoked suspicion among local bureaucrats as to why the boat was allowed to dock in Beirut for as long as it did. According to a court order, the nitrate should have been disposed of or resold, as the compound begins to decay when it is stored in large amounts and for long periods of time. The decaying process made the compound more unstable and susceptible to explosion when exposed to fire. There were 200 confirmed deaths as a result of the explosion.

The explosion was a horrific tragedy with unending consequences for the nation. In the wake of the explosion, the Lebanese government promised to conduct a thorough and transparent investigation, but many questions have been raised about why the compound was permitted to remain in the warehouse. The director general of Lebanese Custom claimed that repeated requests for removal were ignored or dismissed while customs officials sent six letters during the course of three years, repeatedly outlining the risk of continuing to store the compound in the warehouse and providing three alternatives instead of storage at the port. There was no documented reply.

In the wake of the explosion, Lebanese citizens argued that this display of governmental mismanagement was a symptom of a larger disease. The explosion was symptomatic of the long standing failures to act on the part of the Lebanese government, which are important to understand if we are to understand the underlying crisis on display now. Some claimed that there was a billion-dollar undervaluing of imports scheme within the customs bureau as well as rumors of the bribery of customs officials.

Soon after the explosion, Prime Minister Hassan Diab and his cabinet resigned following massive protests. Protesters demanded the restructuring of the political system as well as the removal of a political class. Some political analysts believed that this period of civil unrest could lead to a political reformation, but based on recent Lebanese history, the unrest could also have disastrous consequences

To explain why the explosion has exacerbated civil unrest, it is necessary to account for Lebanon’s conception against a backdrop of political polarization and instability. Until 1918, Lebanon was part of the Ottoman empire. In 1920, the League of Nations mandated that France take control of Lebanon and parts of Syria. 23 years later, in 1943, the population census in Lebanon favored a Christian president, control of parliament, and other public offices. The prime minister was to be Sunni Muslim and the Chamber of Deputies was headed by a Shia Muslim. Following independence from France in 1944, there was a period of unrest in Lebanon that came to a head in 1975 when a member of the Lebanese Phalanges Party, a Christian Democratic party, ambushed a bus and killed the majority Palestinian occupants. The Phalangists later claimed that they had retaliated in response to the destruction of a church. A civil war began not soon after these events.

The Civil War was incredibly complicated and involved multiple nations. Syria entered the war in order to intervene after Palestinian citizens were executed in mass, perpetrated by Christian allied forces in a refugee camp. In 1982, Israel also entered the war following the attempted assassination of the Israeli ambassador by a Palestinian splinter group. During the Israeli occupation of West Beirut, a Phalangist militia orchestrated a massacre in the Sabra and Shatila camps. This was one of the most horrific massacres during the entire war during which thousands of Palestinians were killed.

After fifteen years, the Civil War came to a bloody and unsettled end in 1990. The National Assembly ordered all militias to disband with the exception of Hezbollah, a powerful Shia group. The South Lebanon Army (SLA) also refused to disband. By 1992, there was an election that appointed Rafik Hariri as prime minister. He advocated for the removal of Syrian interference in Lebanese politics as well as the disbandment of Hezbollah and other militias. Israel and Hezbollah had a series of skirmishes that eventually forced Israel, and later Syria, to withdraw from southern Lebanon.

The modern conflict in Lebanon started in 2004, with the assassination of former prime minister Rafik Hariri; four pro-Syria generals were charged with the attack. Relations with Syria had been strained for some time, but this incident resulted in the resignation of top Lebanese officials, including Prime Minister Omar Karami, who succeeded Hariri. Syrian occupation of Lebanon ceased as a result, who were considered a major ally of Hezbollah.

Into Modern Times: The Ongoing Issue of Hezbollah

At the same time, military conflicts between Hezbollah and Israel raged on well into the 2010s.  Leaders of Hezbollah called for a boycott of the UN tribunal responsible for prosecuting those arrested for the assassination of Hariri, claiming that “they [the international community] were in league with Israel.” Matters were further complicated by the resignation of many high ranking officials, the release of the original four generals arrested and the sweeping election that created a dominant Hezbollah government. In 2011, the UN issued arrest warrants for members of Hezbollah who were connected to the assassination. Because Hezbollah refused to hand over the men, they were tried in absentia after not having been seen publicly in years.

While this conversation calls for detailed discussion of other factors behind Lebanon’s volatile political climate, the August 4th explosion occurred right before the sentencing on the verdict of the Hariri case and the sentencing for those found guilty. All of these factors caused extreme discontent in Lebanon and have impacted the political hold of the Hezbollah regime. The explosion detracted from the trial, but it also highlighted the economic recession, issues of corruption, the monopoly on political power and lack of any social progress.

Politics in the Middle East are some of the most complicated in the world. A conversation about one event unravels centuries of tensions and includes layers of difficulties and tribalism. It is virtually impossible to say with absolute certainty why an event occurred. That being said, many Lebanese citizens believe that while the incident could have been an accident, it could have been prevented had their leaders been more focused on accountability rather than profit.

For citizens whose faith in their government has been shaken time and time again, it is understandable that they demand utter transparency and structural shifts in the new government. What will be important for the global community to observe is whether the current civil unrest causes systemic change and a move towards greater accountability, or if the nation falls back into old patterns of corruption and autocratic rule.