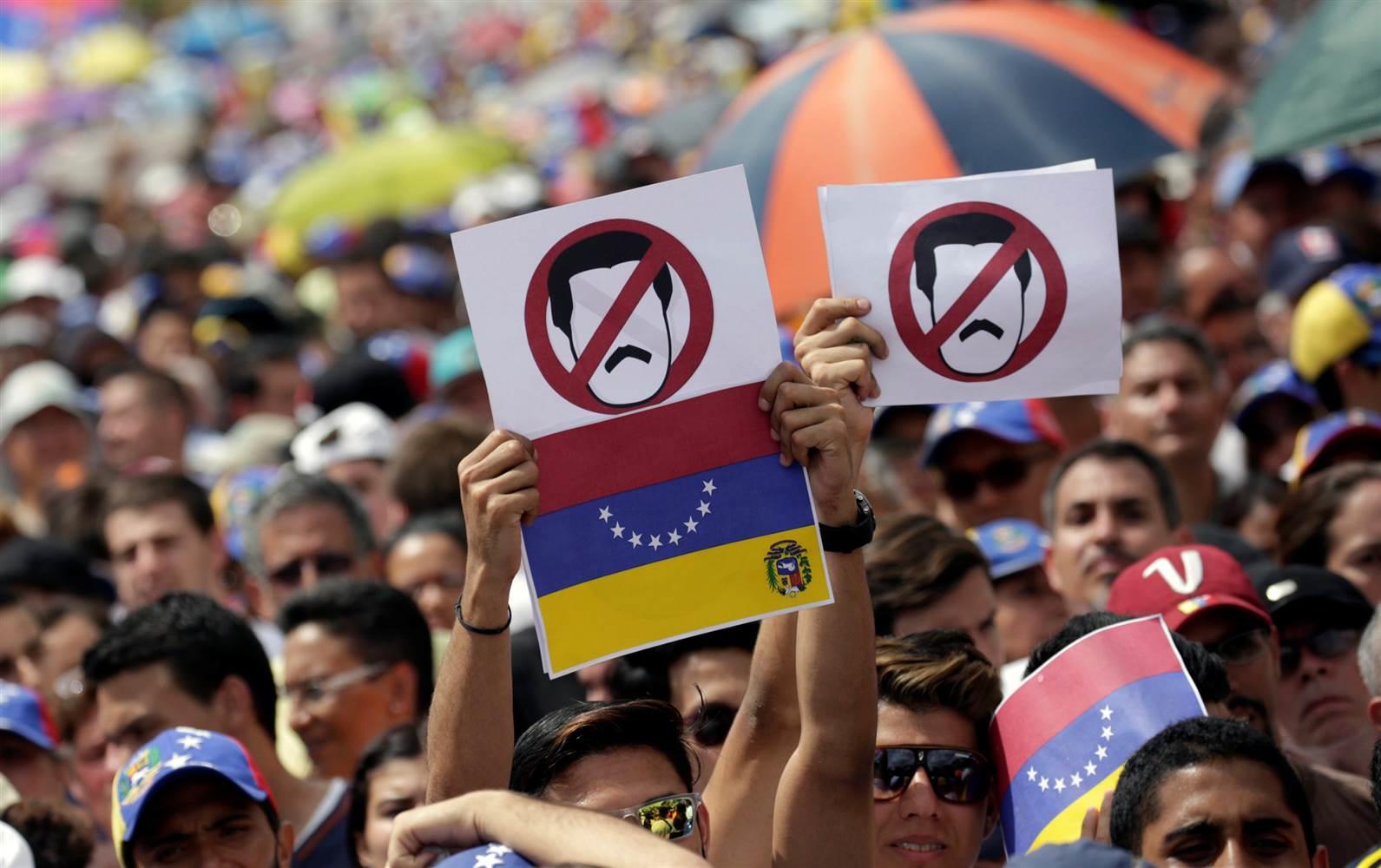 No End in Sight for the Venezuela Stalemate

Over the past few years, the economic and political situation in Venezuela has gone from serious to cataclysmic. Under the lead of President Nicolás Maduro, the United Socialist Party of Venezuela  seized nearly complete control of the country. They gutted the power of the opposition-led legislature by handing legislative authority to a “Constituent Assembly” elected in an opposition-boycotted and highly questionable election. Furthermore, after former President Chávez packed the Supreme Court in 2004 with socialist loyalists, the judiciary serves only as a rubber stamp on Maduro’s authority. This allowed the Constituent Assembly, which is technically only in charge of constitutional reform once convened, to seize legislative power from the legislature. Further cementing Maduro’s authority is his control over the military, cemented by his moves to place generals in key political and economic positions. Without any backing from the courts or military, the legislature and therefore the opposition is left completely powerless and Maduro is free to do what he pleases.

In response to these crises, opposition leader and head of the legislature Juan Guaidó swore himself in as President on Jan. 23, 2019. He immediately garnered recognition from over 50 foreign countries, including the U.S. However, due to Maduro’s ironclad support in the courts and the armed forces as well as infighting within the opposition, Guaidó remains purely symbolic and wields no real power.

Venezuela’s economy, which used to be the wealthiest country in Latin America, is in even worse shape than its political situation. Former President Chavez used the boon of high oil prices in the late 2000s and early 2010s to ramp up social spending as he tried to establish a socialist utopia. Once oil prices fell in 2014, Maduro was left with high social spending without the capacity to pay for it. Instead of ushering in economic reforms to cut spending and diversify the economy, Maduro doubled down on socialism and had the central bank print money to pay the bills.

Venezuela has become the poster child of hyperinflation, with prices increasing over one million percent in 2019 alone. For perspective, if the U.S. experienced hyperinflation on this scale, you would need over $57 billion in 2020 to get what $1 could buy in 2010. Further exacerbating the issue were price caps on goods instituted by the Socialist Party, which resulted in a collapse of domestic manufacturing throughout the 2000s. With its currency now worthless, Venezuela is no longer able to import goods to cover these deficits. The hyperinflation and shortage of basic goods has resulted in an economic collapse. The unemployment rate stands at around 44 percent, over 5 million Venezuelans have fled the country, and they currently suffer from the highest homicide rate in the world.

The crisis in Venezuela is of immense concern to the United States from both a geopolitical as well as humanitarian perspective. The people of Venezuela are poor, starving, and oppressed by an autocracy. Nearly as many Venezuelans (5.1 million) have fled the country as Syrians (5.6 million) that have fled Syria. This influx of refugees has threatened to destabilize Venezuela’s neighbors, including American allies like Colombia. Further adding to the U.S.’s challenges, Maduro and his Socialist Party are supported on the international stage by American foes including Cuba, Iran, Russia, and China. While their support is limited, they provide Venezuela with enough intelligence support, natural resources, and precious metals to prop up the regime by ensuring that the military remains loyal.

So far, the U.S. response has followed the usual American playbook for totalitarian regimes: sanctions. The U.S. has sanctioned key Venezuelan officials, effectively cut off most buyers from purchasing Venezuelan oil, pressed the international community to institute sanctions of its own, and is supporting Guaidó’s presidency. However, many key politicians and officials—including Secretary of State Pompeo and Senator Marco Rubio—often reiterate that a military intervention remains on the table.

Unsurprisingly, any discussion of U.S. military action sends alarm bells roiling through Latin American countries. Throughout the Cold War, the U.S. frequently intervened militarily in many Latin America in order to stage coups and prop up friendly governments. Many of these countries still remember the toll that active U.S. intervention had on the region and thus are united in their opposition to any American military involvement. To flaunt these wishes and proceed with military action would severely hurt U.S. relations with the region, ruining decades of goodwill built since the end of the Cold War. Furthermore, such military action would only further destabilize the country and likely make the refugee situation worse. This leaves the U.S. and Latin American countries in a difficult dilemma: either ramp up sanctions to try to oust Maduro and potentially make the economic situation in Venezuela worse, or do nothing as the Venezuelan people suffer economically, politically, and physically under the regime.

There are really no good options here. Maduro has clung onto power and maintained the support of the military for far longer than anyone predicted, so it is unclear what it will take to oust his regime (short of direct military action). What the U.S. should do is to maintain the status quo by recognizing Guaidó as president, and making it clear that the safety and freedom of him and other opposition leaders is the red line for more direct U.S. involvement. While military action should be avoided if at all possible, it would be foolhardy not to use the threat of it to ensure some semblance of opposition to the regime exists within Venezuela. There is no question the U.S. is fully capable of overthrowing Maduro militarily, so as long as Maduro remains unconvinced that we won’t use military force, he will not risk stepping over this red line and risk his regime. Therefore, it is in the strategic interest of the U.S. and the Venezuelan people for military action to remain an option.

Some may argue that the suffering brought about by the status quo is unacceptable, and that the U.S. must take military action to bring the crisis to a swift conclusion and end the humanitarian catastrophe that Maduro unleashed. However, such an intervention could prove to be very costly to both taxpayers and the U.S.’s diplomatic reputation in its home region. This could cripple Latin America’s cooperation with the U.S. on drug, human trafficking, and migrant crises, thus hurting key U.S. interests.

There may come a time where military action becomes unavoidable and the U.S. will need to take action against Maduro. However, such action should only be taken multilaterally with the consent of Latin American allies. Until then, there is no choice but to continue pressuring Maduro with sanctions and international pressure and hope that eventually, he will be unable to continue buying the loyalty of the military and other power brokers in the country. For now however, the situation will remain a stalemate.