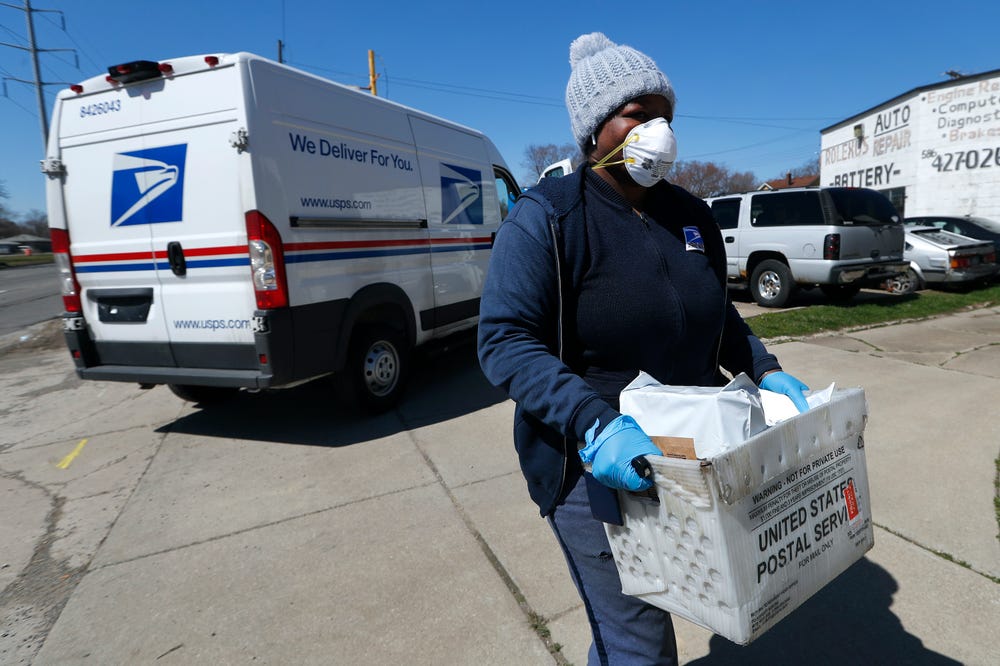 The Mail Has Always Been Political

Among my peers and on the black hole that is the Twittersphere, I have seen a slew of comments expressing disbelief and confusion over the recent political chaos surrounding the U.S. Postal Service. Since when has the mail been political? Is nothing sacred anymore? For younger people, this reaction seems reasonable—for the duration of my generation’s lifetime, the post office has been a constant and stable bureaucratic government function largely taken for granted. Yet, we forget our time as conscious American citizens has been incredibly short. Looking back into American history quickly reveals that the mail has always been political.

The founding of the post office was rooted in political purpose: revolutionaries and their support networks needed a way to coordinate and communicate during wartime. Soon after, its main function was to deliver political newspapers to elites. During the Civil War, the post office pioneered the mail-in ballot so that soldiers could vote while away from home. Today, letter writing from the electorate to our officials remains an important means through which we amplify our democratic power and hold the government accountable. Tim Murphy, senior writer at Mother Jones, writes, “The post office was meant to facilitate politics. Lawmakers viewed it as a necessary cog in the growth of democratic institutions, connecting people and ideas.”

The Postal Service is also not new to being the subject of partisan abuse and debate. Andrew Jackson dolled out post office jobs as political favors as part of his spoils system. North Carolina A&T State University history professor Philip Rubio notes that this was an early norm: it was actually unusual to have a postmaster general who actually had any post office experience, as“they were oftentimes campaign managers, they were political appointees, they were political allies, donors.” Leading up to the Civil War, the South responded with “outrage and hysteria” when abolitionists in the North used the Postal Service to send out mailers criticizing slavery. As recently as the Nixon administration, disagreement over fair wages and working conditions resulted in an illegal wildcat strike of over 200,000 postal workers that brought the whole system to a halt. But even still, something feels substantially different about what is happening now.

Professor Rubio speaks further on this, arguing that “for decades… [the post office] managed to survive, as long as the two major political parties agreed that, even if it was political, it should not be partisan. Now it’s become a partisan weapon.” Aside from the battle over securing its funding (remember when the President said “the Postal Service is a joke” based on unsubstantiated claims that the main reason for its financial losses were because of its contract with Amazon?), there have been attempts by newly appointed Postmaster General Louis DeJoy to debilitate the service to the point of collapse leading up to an election in which there is an expected increase in the amount of Americans who will rely on it to cast their vote.

More on the financial context:

Sporadic and sweeping changes made by DeJoy have caused delays in delivery times in the name of cutting costs. Carriers have been asked to begin their routes and hours earlier before all mail for the day has been collected, and hours have been slashed for clerks who sort mail. Policies like these, the Guardian reports, have created “backlog[s] of multiple days for residual mail including heavier packages from Amazon and other delivery services.”

This is paired with an incessant and baseless smear campaign on the security of voting by mail by the President himself (who, by the way, votes by mail). I remind you here of Trump’s claims regarding widespread fraud in the 2016 election which were disproven by Trump’s own commission on voting integrity. He was wrong then, and he is wrong now. Data collected and analyzed by the Washington Post from three vote-by-mail states indicates that officials only found possible cases of attempted voter fraud in 0.0025 percent of votes cast by mail in the 2016 and 2018 general elections. The Brookings Institute takes this a step further and uses data pooled by conservative think tank The Heritage Foundation to conclude “there is no evidence to suggest a systematic bias towards one party or another from mail-in ballots. Nor is there any evidence that there is widespread fraud in the use of mail-in ballots.” For the lengthier history of how these claims of fraud boil down to veiled attempts at disenfranchisement, I recommend this piece from the New York Times Magazine.

The Trump administration has thankfully faced pushback on this issue, with rulings coming out of states like Pennsylvania and Washington that have secured and even paved the way for the expansion of vote-by-mail options. The ruling out of a federal court in Washington was particularly significant, forcing the reversal of all recent operational and policy changes enacted by Postmaster Louis DeJoy. On his ruling, Judge Marrero said “the right to vote is too vital a value in our democracy to be left in a state of suspense in the minds of voters weeks before a presidential election, raising doubts as to whether their votes will ultimately be counted.”

This gets to the core of why the present moment has felt especially wrong and dangerous. People have a right to be unnerved whether they know the history of the institution or not; the problem is not that the mail has suddenly become political. There is more than meets the eye to what is at stake here. Setting aside the other disastrous impacts debilitating and undermining the postal service could have (i.e., rural access to essential communication, timely delivery of life-sustaining medicine among other effects), President Trump has engaged in a deliberate attempt to prevent the Postal Service from performing its intended role (as well as his own): facilitating democracy.

Grace Chopra Whitten
More from The ReviewMore posts in The Review »