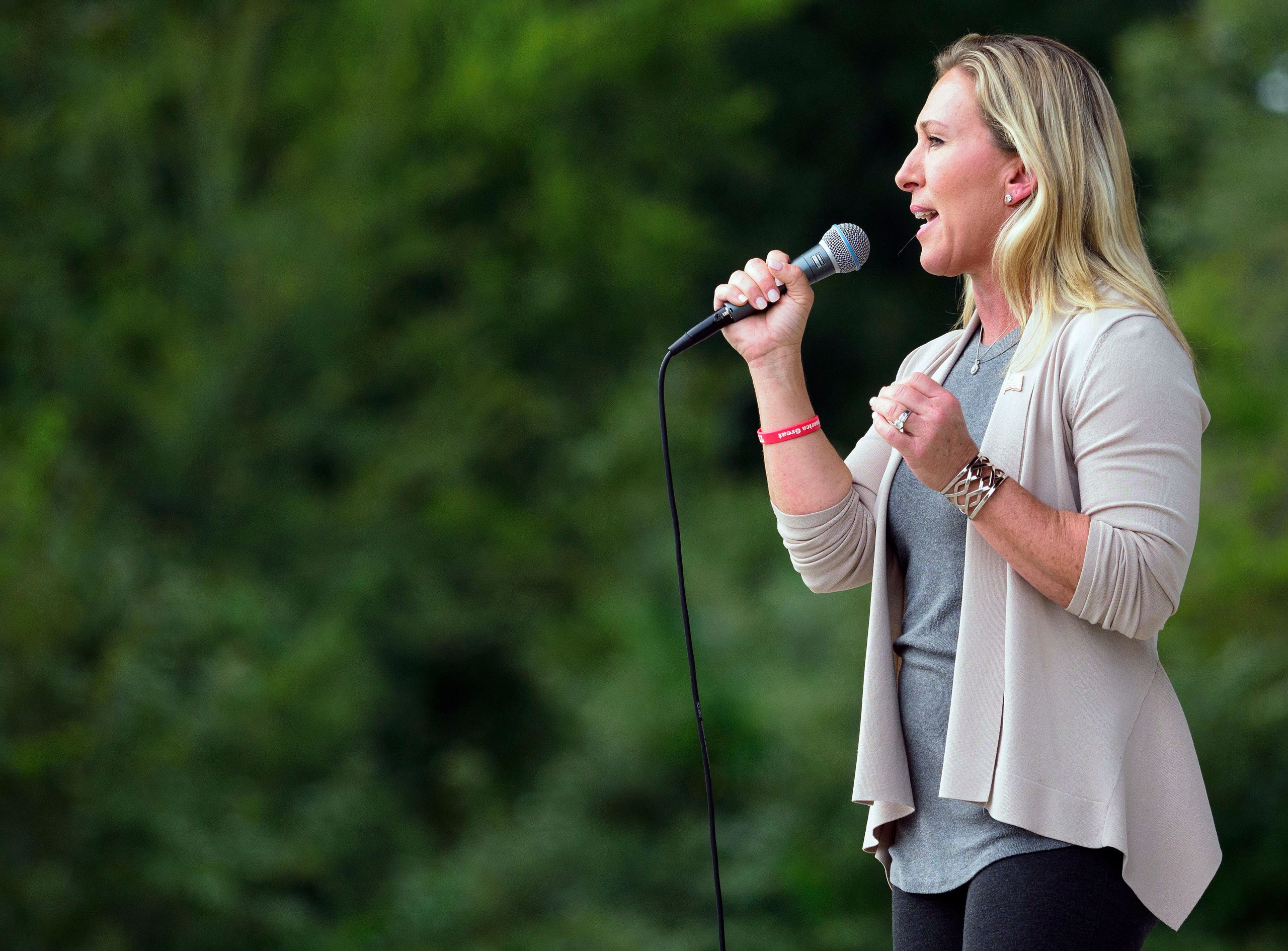 Is Marjorie Taylor Greene the Future of the Republican Party?

Marjorie Taylor Greene wants you to know that she’s just like you. With a degree from the University of Georgia and a commercial construction business with her husband, Greene presents herself, in one sense, like any politician would: a small business owner in touch with the needs of her constituents. But that is where all bounds of normalcy end. In 2017, Greene posted numerous videos supporting the far-right QAnon conspiracy theory, which alleges that a deep state of pedophiles is running a child sex trafficking ring, all in the effort to take down President Trump. Because of the cult-like nature of this group and its outlandish and absurd beliefs, it’s tempting to dismiss QAnon as just a few troublemakers. To do so would be a mistake.

In this congressional cycle alone, six GOP nominees have expressed support, to varying degrees, of QAnon. But none have gone as far as Greene has. In 2017, she said, “there’s a once-in-a-lifetime opportunity to take this global cabal of Satan-worshiping pedophiles out, and I think we have the president to do it.” Greene also has a history of making Islamophobic, racist, and anti-Semitic statements. One might imagine that a candidate for Congress would attempt to walk her remarks back; instead, Greene has embraced them. Just last month, she posted a picture of herself holding a rifle to the heads of Reps. Alexandria Ocasio-Cortez, Rashida Tlaib, and Ilhan Omar, who would be her colleagues in the House of Representatives if she is elected.

The kicker? A few weeks ago, her opponent Kevin van Ausdel dropped out of the race. Ausdel, who is going through a divorce, had to vacate his home; he chose to move in with family in Indiana. This means the unthinkable is set to become a reality: Marjorie Taylor Greene is set to become a Congresswoman.

“All politics is local” is a cliché seemingly used every two years. In the context of GA-14, Greene’s victory should come as no surprise; each of the district’s demographic indicators point to its staunch Republicanism: 85 percent of the district is white, 75 percent voted for President Trump in 2016, and 6,000 residents recently signed a petition to keep a statue of Nathan Bedford Forrest, the first Grand Wizard of the Ku Klux Klan.

In another sense, however, all politics is national. President Trump’s election kicked off a departure of suburban professionals from the Republican Party, shifting it even further to the right. Though undoubtedly a nationwide trend, these forces are especially pronounced in states like Virginia, Colorado, and Georgia, where the loss of those suburban voters — previously a stronghold of the GOP — has produced more candidates who ride the ultra-conservative wing of the GOP to victory in party primaries, like Greene. GA-14 is by no means representative of the entire nation, but the rise of Marjorie Taylor Greene may be a harbinger of a future where what currently is the Republican Party’s fringe conspiratorial wing becomes its center.

This year, New York Times columnist Jamelle Bouie predicted that “QAnon will be GOP orthodoxy in two years.” The 2024 GOP nominee may not believe that the government is run by a cabal of pedophiles, but Bouie’s larger claim has a lot of merit. Sarah Palin’s nomination for Vice President in 2008 put the anti-intellectual streak of the Republican Party in front of the whole country. The Tea Party, which started off as a few disorganized protests, now sees one of its main advocates, Mark Meadows, as Chief of Staff to the President. Ted Cruz was once dismissed as a “wacko bird” by John McCain, but is now one of the defining officials of the Republican Party. And the man who promoted the birther conspiracy is now President of the United States. This points to one conclusion: we should expect to see far more Marjorie Taylor Greenes in the future.