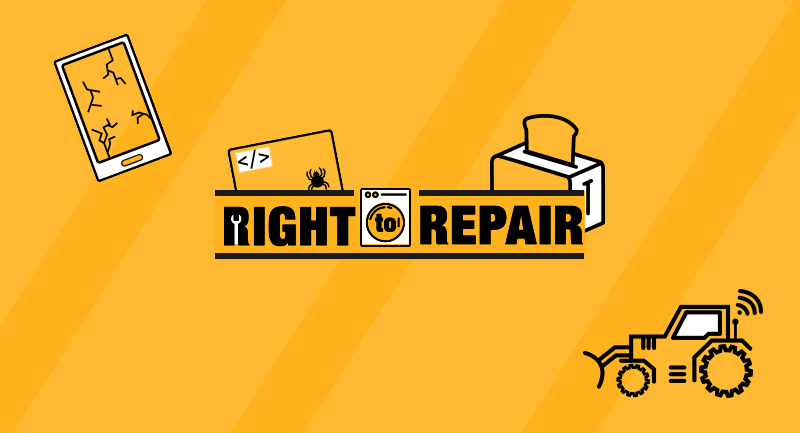 Who has the Right to Repair? Massachusetts Voters Will Decide — Again

This November, Massachusetts voters will once again vote in a referendum on “right to repair”, known this year as ballot Question 1. In 2012, the state passed the earlier referendum, giving independent auto repair shops equal access to vehicle computer information as the manufacturing companies that made the vehicle. The law is on the ballot again because according to some, the law needs an update that aligns with current wireless vehicle technology. In its current form, the legislation does not include wireless technology, like remote telematics diagnostic systems that are installed in the vast majority of new cars. If this update passes, auto manufacturing companies will also be required to create an open access platform. The data stored in the platform will be accessible to independent repair shops through an app.

Advocates for “Yes on 1” explain that currently, only car manufacturers can access all of the information needed to perform full repairs on cars; this excludes independent repair shops from gaining access to this information, consequently allowing big manufacturers to monopolize the repair business and wireless data. In contrast, proponents for “No on 1”, including major car manufacturers, insist that the information already available — while excluding telematics data — is sufficient for any necessary repairs to be made. Proponents for “No on 1” believe the Right to Repair Committee wants unfair claims to the telematics technology that siphons information from people’s cars. So, car owners would be able to pass all diagnostic information to whomever is repairing their vehicle, but would not be able to re-restrict access once given.

Most notable is the enormous amount of spending that has gone into funding both sides of the ballot question. The Massachusetts Right to Repair Committee has raised $9.2 million to urge constituents to vote “Yes on 1.” (The Right to Repair Committee is predominantly comprised of auto repair trade groups, like the Coalition of Auto Repair Equality and the Auto Care Association, and businesses like Autozone. Each of these groups stated have contributed at least $1 million to “Yes on 1,” while other auto parts stores, like Maryland’s Automotive Warehouse, have given $500,000.) Those against the ballot question have formed the Coalition for Secure and Safe Data, which has raised a collective $25 million to combat Ballot Question 1. Major manufacturers like Toyota, General Motors, and Honda have all contributed in millions, and none of these companies (or their counterparts) are based in Massachusetts. For reference, some Senate campaigns have raised around the same amount as the Coalition for Secure and Safe Data, like Sen. Susan Collins’ (R-ME) re-election campaign. Given the impressive degrees of spending and the surprising amount of controversy over this issue, it’s unclear whether or not Ballot Question 1 will be favored by voters in the next few weeks; certainly, though, the decision won’t be for a lack of spending on either side.