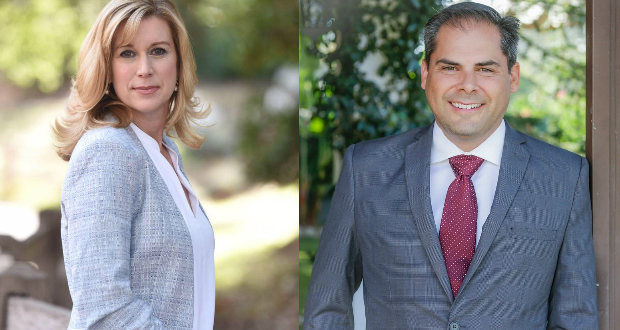 One of the most contentious and unpredictable congressional races in the 2020 general election is in California’s 25th District. Encompassing the suburban cities of Santa Clarita, Palmdale, Lancaster and Simi Valley, CA-25 is the only Republican district in Los Angeles County, a notoriously Democratic stronghold. Prior to 2018, the district had been represented by a Republican for the past 30 years. However, in 2018, Democrat Katie Hill defeated incumbent Republican Steve Knight in CA-25, as part of a nationwide “Blue Wave”. Her win was interpreted as a sign that the district might finally be becoming more liberal. Yet Hill’s status as a rising star in the Democratic Party was short-lived — she resigned from Congress less than a year after taking office due to an extremely publicized scandal involving intimate photos and an alleged affair with one of her staffers. In a special election in March 2020 to determine who would complete the remainder of Hill’s term, the district shifted back when Republican Mike Garcia defeated Democrat Christy Smith by nine points.

Now, Garcia and Smith are battling it out yet again for the November election, and the race is one of the most competitive in California. Garcia, whose parents immigrated from Mexico, is a former Navy fighter pilot and worked for the defense manufacturer Raytheon before being elected to Congress in March. His political record consists of seven months in Congress, where he cast only five votes and has been a reliable supporter of President Trump. He cites California’s high taxes and liberal approach to legislation as a reason why he is running to prevent similar policies at the national level.

Smith currently serves as state assemblywoman from district 38. Her top priorities include expanding access to Medicare, lowering prescription drug costs, and funding public schools. She portrays herself as an independent-minded politician. Smith has gained endorsements from numerous Democratic politicians including Joe Biden, Elizabeth Warren, and her predecessor, Katie Hill.

Despite the results of March’s special election, the race remains a toss-up, with Smith slightly favored to win. Both candidates are spending millions of dollars on ads and virtual programming in the days leading up to the election. While Smith does not name Garcia in any of her ads or on her website, solely referring to him as her “opponent,” Garcia seems to be taking a different approach. In emails to supporters, Garcia often refers to Smith by her name, calling her a “radical socialist” whose party will “destroy America.” In a swing district with many moderate voters during an election that essentially serves as a referendum on President Trump, Garcia’s embrace of Trump-like attacks and refusal to distance himself from Trump may have consequences. On the other hand, with CA-25 being one of the few districts in Southern California where Trump yard signs and car parades do not seem out of place, Garcia may still be able to win even in the face of another impending “Blue Wave.”