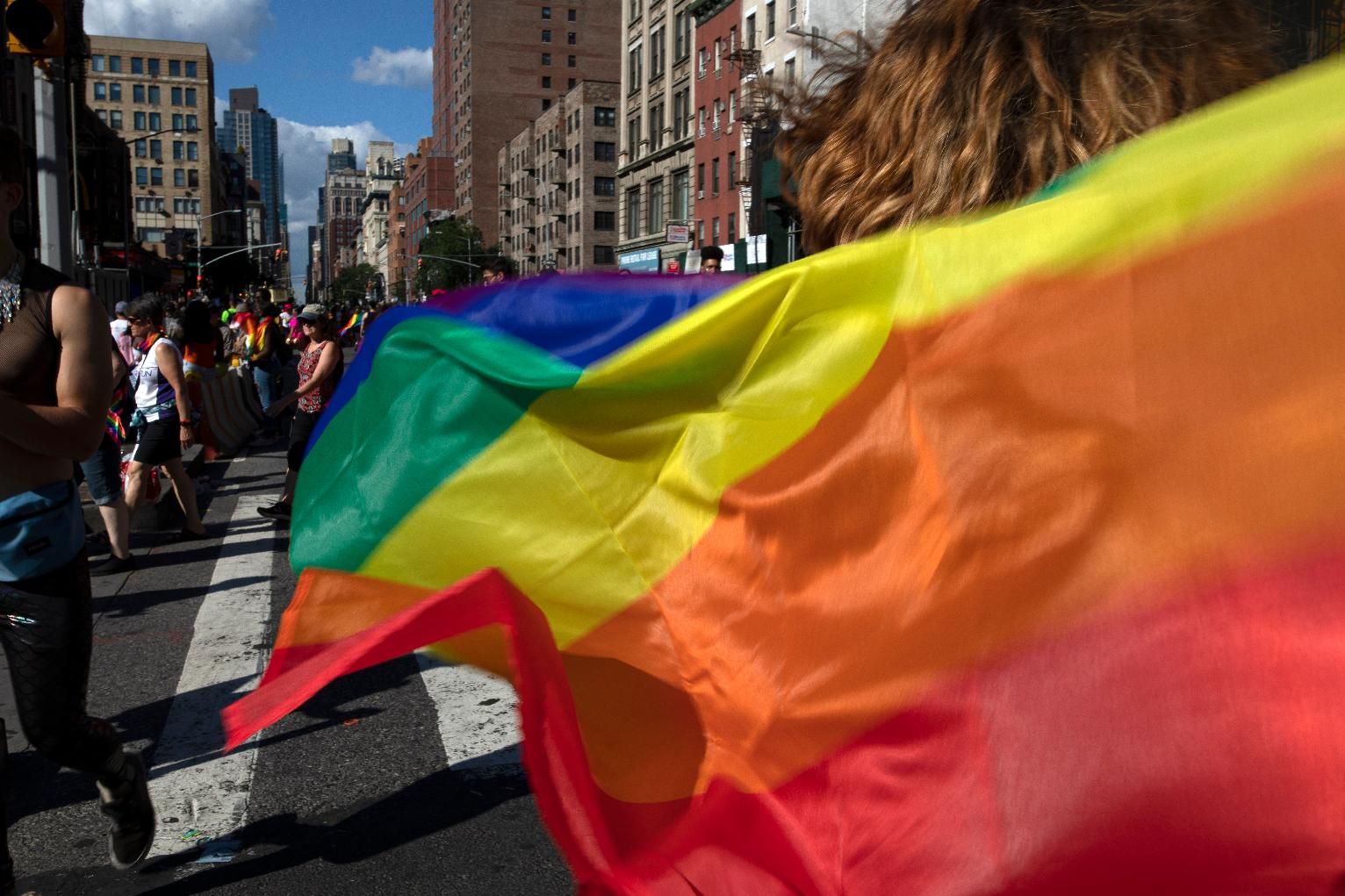 As a crowd of individuals walk proudly throughout the streets, a gay couple affectionately kiss against a backdrop of rainbow. In this community, love always wins – except when it doesn’t.

An image of equality and inclusion generally accompanies the LGBTQ+ community, and rightly so. As a group that has been outcasted and othered for centuries by heteronormative society, the gay community claims to create a sphere of absolute, unrestricted acceptance. So how do the same community members who preach and strive for love, unabashedly transcribe “no fats, femmes, or Asians” on their dating profile pages? What happens to the values of inclusion and equality when they become contingent on being white, masculine or “fit?” Although widely unaddressed, these questions weigh heavy on the hearts of femme and gay people of color, as they seek to create a home in a community that hypocritically ostracizes them. Ultimately, many individuals have had to learn the disheartening truth about the gay male community. In reality, while often portrayed as an inclusive refuge, the gay male community still practices forms of exclusion, discrimination and racism. This practice of conditional inclusion has both tangible and intangible consequences that affect the physical well-being and self-image of many within the LGBTQ+ community. Thus, it becomes incredibly apparent that, for the sake of feminine and gay people of color and the larger LGBTQ+ community, this discrimination must stop.

The gay male community has constantly grappled with and idealized the concept of masculinity. This idealization of a particular form of masculinity frequently results in the ostracization and subordination of more feminine acting, or femme, individuals. In fact, many gay men are quick to judge their effeminate peers. This judgement can be extremely explicit: for example, a journalist in Louisiana bars reported multiple instances of masculine gay men calling femme gay men “pissy queens.” However, the judgement is more often hidden through microinsults. Refusing to date someone because of their “femme voice” and other stereotypically feminine traits is not uncommon in the world of gay dating. Yet, these standards – a deep voice, non-flamboyant clothing and a built figure – wreak havoc on the interpersonal relationships and psychological well-being of all gay men, not just those who fall short of being considered masculine. A study published in the National Institute of Health exposes how this obsession with masculinity creates “psychological distress” and increased feelings of “shame” within gay men, as well as “heightened  difficulties” when in a romantic relationship. Masculinity, though, has no clear definition, and because of this ambiguity, the validation of others becomes increasingly important. In situations where one craves acceptance and inclusion, as many LGBTQ+ individuals do, a dangerous cycle quickly captures the gay psyche. Instead of actively rebelling against this destructive system, gay men increasingly feed into it as they become obsessed with building a better body, altering their mannerisms or engaging in more risky sexual behavior. Sadly, toxic masculinity has not been resolved within the gay community. Rather, it has just taken a new form, which demands the attention, praise and participation of many gay men.

Furthermore, gay people of color experience a unique set of challenges. Many find themselves consistently struggling with their sense of belonging as they try to escape from the homophobia of their cultural communities only to encounter racism within the gay community. A 2014 study examined microaggressions and racism among LGBT people of color (LGBT-POC), and found that, within the community, fetishization based on race, invalidation of the importance of one’s race and exclusion are all common experiences. These conditions, coupled with the possible discrimination and homophobia experienced within many ethnic communities, create an environment that is detrimental to LGBT-POC’s very existence. In fact, compared to their heterosexual counterparts, there is a 13.6 percent increase in suicide attempts among LGBT-POC youth. Ultimately, the gay community, in not providing a place of acceptance and instead choosing to perpetrate racism, fails people of color.

At the intersection of masculinity and racism lies the lived experiences of gay individuals who are forced to walk the line between their identities as gay men and people of color. In reflecting on their own position within the gay community, one Los Angeles teenager explains, “throughout the process of maturing into a Black gay man, I’ve always seen and felt the standard in general had everything to do with race. With as much emphasis as possible on being thin, healthy, fit, and attractive. Of course, attractive being white.” He goes on to state, “I saw myself as undesirable for so long just because of the color of my skin, the grade of my hair, and the shape of my lips. The LBGTQ+ community is notoriously segregated and so focused on those we call attractive.” Not only does this individual highlight the ostracization of Blackness within the gay community, but he also reveals its more detrimental effect: destruction of self-worth. Being a gay person of color doesn’t just mean discrimination from the community but also means a hyper-focus on what makes you “different.” Not only does the community cast you as an “other,” but, to no fault of your own, you other yourself as well.

In another example, a UC Berkeley student explains how coming out as a queer POC felt like a loss in identity, rather than a creation of a new one. He states, “With regards to personality I have to have two personas. One around my gay friends and straight women where I feel comfortable expressing my feminine side: through clothing, language, body language and other behaviors, And one where I have to show a masculine side: online on social media, around family who would disapprove of my femininity, and on dates because of the toxic culture of masculinity making me feel as though being feminine is a turn off for people on dating and hookup apps.” Thus, not only does masculinity and femininity shape the gay community, but for many people of color, it continues to mold their interactions with their own ethnicity and culture. By only accepting portions of individuals’ identities, racism in the LGBT community and homophobia outside the LGBT community force LGBT-POC to wear a multitude of masks. As a result, you not only become foreign to others, but you also become increasingly foreign to yourself.

When it comes to inclusion, members of the gay community are quick to fight for acceptance, preach love and take pride in not suppressing their identities – as they should be. But we often forget who marches in those parades with us. We forget that among the “desirable” gays march the people of color, the effeminate individuals and the non-cis queers.  We forget that the fight for gay rights was, in part, spearheaded by Marsha P Johnson, a Black, transgender woman. We forget that inclusion should never be conditional.

Sometimes I wonder what Marsha would say about the gay community today – if she would feel the same way many non-masculine and/or people of color do. Would she call out our community’s own toxic behavior? Would she protest within the community? Would it be worthwhile? But then I’m reminded of the real question: As a trans POC, would her voice even be heard by the gay community?