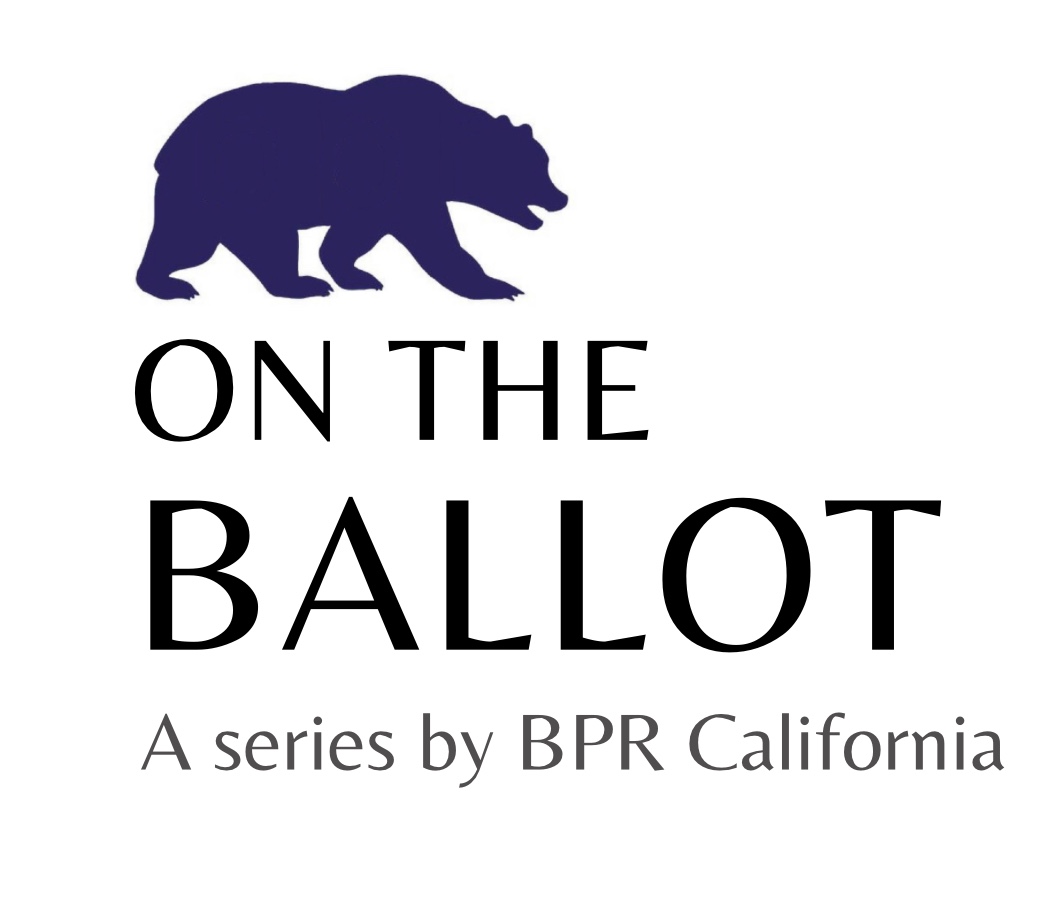 Proposition 22 and the Future of California’s Gig Economy

In the last few years, California has witnessed significant shifts in labor law with the rise of the gig economy in the state. Companies like Uber, Lyft and DoorDash have redefined what it means to be a worker, and the California State Legislature has attempted to keep up as well as push its own ideas. But what is a gig worker, and what’s the difference between an independent contractor and an employee? This is a classification that has strained the conflict between tech companies and the government significantly in the last year. Simply put, a gig worker is an independent contractor whose job is freelance or flexible and whose income tax and other expenses are not withheld. In contrast, an employee (whether part-time or full-time) is given benefits in accordance with employment or labor law. A traditional job is much less flexible than an independent contracting job and may be bound by working hours, obligations, etc. This makes gig working an attractive option to those who don’t seek to have traditional employers or who have a craft that they believe is best utilized while disconnected from a company altogether, like photography, art, or hairstyling. But the app-based delivery industry, such as rideshare and food delivery apps, has widened the umbrella of what a gig working stint may entail. In recent years, California’s government has attempted to write its own rules regarding gig-working law, leading to Assembly Bill 5 and Proposition 22, one of California’s most hotly contested and expensive ballot initiatives.

Working for Uber, Doordash, or any other delivery tech company as an independent contractor has its share of pros and cons, and drivers often choose to start working with them because of personal preferences. The benefits of a gig working job are that it is easy and flexible: workers can earn their own wages and set their own hours, contingent on demand. This appeals to many who seek a gig as a ‘side hustle’ to their main or full-time job. On the company-side, corporations by-and-large prefer a fleet of independent contractors because it lessens their labor expenses, which also makes rides cheaper for consumers. However, the drawbacks of gig-working are significant, in that jobs offer little to no stability or upper mobility, making becoming a full-time Uber driver undesirable to many, for example. In addition, independent contracting jobs do not come with the employment or healthcare benefits and protections that a full-time job might possess. This leads people who work full-time as independent contractors to choose public health care options such as the Affordable Care Act. The ACA may not be the right plan for everyone, and the entire law itself may be in jeopardy due to national politics. With these competing interests, should governments let interested drivers decide whether they value flexibility over stability, or should they enact an agenda ensuring drivers and other independent contractors are as well-protected as possible?

Enter the California Supreme Court Case Dynamex Operations West, Inc. v. Superior Court (Dynamex). Dynamex was a landmark 2018 case in which judges unanimously ruled that the same-day delivery company Dynamex was unlawfully misclassifying its drivers as independent contractors in the effort to cut down on labor costs. In the decision, the Court established the “ABC test,” in which all conditions must be met before a company may characterize a worker as an independent contractor:

To codify Dynamex into state law and provide clarifications, California State Assembly Member Lorena Gonzalez introduced Assembly Bill 5 (AB 5), which was signed into law in 2019 by Governor Gavin Newsom. The votes in both chambers of the Legislature were along party lines, with almost all of the Democrats supporting AB 5 and almost all Republicans opposing it. Though the bill was supposed to go into effect on January 1, 2020, drivers haven’t enjoyed the benefits of traditional employment yet, for two reasons: (1) companies must take the necessary steps to start transitioning (or the government must coerce them to act), and (2) Uber, DoorDash and similar companies have been fighting tooth-and-nail to stop the law from getting implemented.

It seems as though condition “B” is in direct conflict with their defiance; to the layman, drivers are essential to the businesses’ operations and are not ‘outside the usual course.’ But Uber had claimed that the law doesn’t apply to their company, because, according to Uber’s chief legal counsel Tony West, “‘drivers’ work is outside the usual course of Uber’s business, which is serving as a technology platform for several different types of digital marketplaces.’” The government claimed otherwise, and after months of noncompliance, California Attorney General Xavier Becerra sued the companies for violating AB 5. In August, the court ruled in the Attorney General’s favor, and Uber vowed to appeal the ruling. Lawsuits, noncompliance and massive fundraising weren’t the only tactics these tech companies had to combat AB 5. Responding to the imminent threat posed by AB 5, app-based delivery companies set out to gather signatures to place a proposition on this year’s ballot aiming to nullify AB 5 for most rideshare and delivery companies. At the end of February, it was reported that their petition had received more than 1 million signatures — which, after verification, is greater than the 623,212 signatures required to make the November ballot.

Their proposal is known as Proposition 22, the App-Based Drivers as Contractors and Labor Policies Initiative. Prop 22 would override AB 5 in multiple capacities by allowing app-based transportation and delivery services to classify their workers as contractors and not employees, unless certain criteria, such as scheduling and restrictions, are met. Drivers would keep some benefits as independent contractors, such as earnings minimums, a health insurance stipend, and injury pay. Critics say that these ‘benefits’ do not go far enough and still give drivers the short end of the stick. Drivers are split on the issue, and their preference is heavily reliant on how often they drive and also whether they value flexibility or employee benefits. In fact, there is a contradiction in the California Voter guide, with both sides citing studies claiming opposite statistics about what percent of workers are part-time versus full-time. According to the argument against Prop 22, “a University of California study found that a majority of drivers are not part-time, and over 70 percent of drivers for Uber and Lyft work 30 or more hours per week.” Meanwhile, according to the rebuttal to that argument, “Eighty percent [of app-based drivers] work under 20 hours per week, and a majority work under 10 hours per week.”

To bolster their chances of getting Prop 22 passed, Uber, Lyft, Doordash, Instacart and Postmates have poured over $180 million into supporting Prop 22, making it the most expensive proposition in California’s history. And it seems to be paying off; despite labor lawyer Beth Ross claiming that expected high turnout this November in a heavily Democratic state “doesn’t bode very well for the ballot initiative,” a Berkeley IGS poll released mid-September shows a 3 percent lead for “Yes,” though 25 percent of voters polled are still undecided.

So what willll the future be like after November, when all the ballots are counted and voters have had a chance to decide the future of the gig economy in California? The answer may lie in the question that has been circled back to many times over the course of this article: do workers prefer flexibility in their work hours, or more cogent, tangible protection in the labor and healthcare sectors?

In my view, if gig workers really do prefer flexibility, then a “No” vote on Prop 22 would be bad news for everyone. For Uber, DoorDash and other app-based services, a “No” vote would trample on the gig-working economy in California that they have tried so hard to build up. Uber and Lyft would have to endure millions of dollars of labor costs, which may potentially cause them to consider a more costly fleet-like model in California, similar to what is currently used in Germany and Spain. Even more drastic, companies may choose to suspend operations in California altogether. Either way, this would surely reduce the amount of money going into the California economy, given that the contribution of Uber alone totaled $3.2 billion per year as of 2018. Thousands of drivers would be removed to make way for higher salaries and greater benefits, and the ones that stay on may be forced to work a less-than-desirable schedule. For consumers, this means wait times for Lyft rides to Postmates deliveries would be much longer, assuming companies still even operate. Rideshares and deliveries would become more expensive as well.

In contrast, if drivers by-and-large are willing to sacrifice flexibility and the potential threat of layoffs for greater employment benefits, then the decision becomes more nuanced and the “No” vote becomes a bit more desirable. The COVID-19 pandemic has shown to many drivers that health benefits are lacking under an independent contracting plan, and a switch to an employee model would have the potential for drivers to earn a living wage. A “No” vote would also keep the door open to future possibilities for negotiation, because amending Prop 22 will require a seven-eighths vote from both chambers of the Legislature. This essentially gives the corporations complete control over their workers’ benefits, such as health insurance and bargaining power. A “No” vote still entertains the possibility of industry exit, but anti-Prop 22 advocates argue that it may be worth it if drivers get the dignity they deserve.

The gig economy is a pervasive concept whose applications — in rideshare and food delivery — have touched almost all of us and whose model is entrenched in the workings of the labor economy. And now, the years-long, multi-million dollar fight between tech companies and the government over how drivers should be classified has finally found its way to the November ballot. There are many intricacies to AB 5 and Prop 22 that merit further research beyond this article, and I encourage voters to continue reading into Prop 22’s arguments, both for and against. Up till now, the regulations bounding California’s gig economy have been dictated by the government and the corporations affected, and arguments on both sides are merited. This time, it’s the voters’ turn.