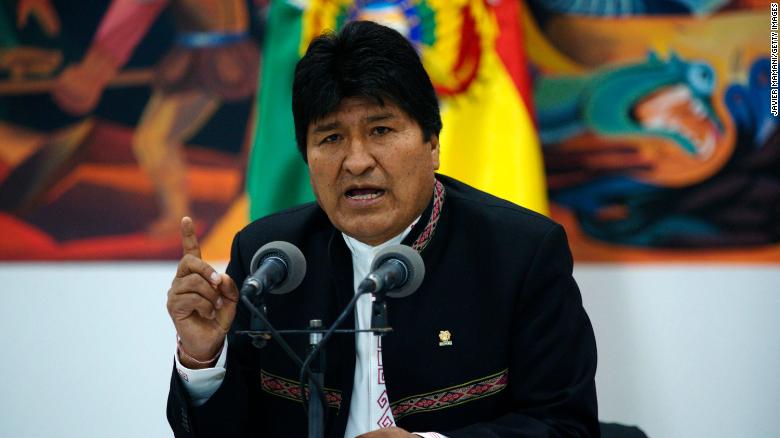 The Cocalero’s Legacy: What Evo Morales’ exit means for Bolivia

On November 10th, 2019, Bolivian President Evo Morales was pressured to resign at the demand of military leadership amid controversy around his re-election. The results showed a clear Morales victory without the need for a second-round runoff vote, but observers from the Organization of American States (OAS) had determined that Morales’s first-round win could not be confirmed due to observed irregularities between two separate periods of vote counting. On the other hand, an analysis published in late February by researchers from MIT’s Election and Data Lab cast doubt on the OAS’ findings and concluded that it was “very likely” Morales legitimately won the October vote by the 10 percentage points needed to avoid a runoff.

On the day of the election, an unofficial, preliminary vote count was halted in the evening, with 84 percent of ballots already counted at that point. Counting did not resume until the next evening. OAS officials had contended that inconsistencies between officially announced results before and after the pause on vote counting indicates that Morales and allies could have rigged the election. However, the MIT study found that Morales’ eventual vote margin can be explained by his high voter support prior to the stop to vote counting, and no “irregular trends” emerged after counting resumed.

Regardless of whether or not Morales’ re-election was fraudulent, his forced resignation sent shockwaves and inspired cries of a coup d’etat through the region and was a particularly difficult blow to Latin America’s historically disenfranchised populations.

“[Morales] was the first indigenous President in South America to be elected, so [his election] represented a watershed moment for the region,” Mathias Poertner, an Assistant Professor of International Affairs at Texas A&M University said. “And the descriptive and symbolic representation he and his party brought to a country in which about half of the population self-identifies as indigenous is an important achievement.”

Due to legacies of colonialism, indigenous populations have historically been economically marginalized and politically underrepresented. So Morales’ ascendancy to the Bolivian Presidency in 2005 represented a resounding rebuke to the Bolivian status quo of upper-class elites with European heritage. Morales not only dramatically increased indigenous representation in government posts but also made leaping progress on restructuring the Bolivian economy and governing documents to empower indigenous groups. He pushed through a rewrite of the Constitution in 2009 that established Bolivia as a “plurinational” state and explicitly affirmed the sovereignty of indigenous communities. The Constitution also declared religion as separate from the state, an important change that de-centered Christianity and affirmed the autonomy of indigenous individuals to hold their spiritual beliefs.

Noteworthy for indigenous farmers, Morales changed the way the coca crop was framed in the country. He himself was a cocalero, or coca farmer, an occupation predominantly held in Bolivia by indigenous groups. Coca is a stimulant and the crop from which cocaine can be made. Growing and chewing coca is a central part of the identity of two indigenous groups in Bolivia, the Aymara and Quecha peoples. Additionally, the sale of coca provides revenue to the agriculture-reliant Bolivian economy. However, because of extensive coca cultivation in Bolivia, the country has been a target for the US War on Drugs. Indigenous groups have long protested the crackdown on Bolivian coca production as a US colonialism-driven project. Morales ran with the slogan of “Coca Yes, Cocaine No” in the 2005 election. Under his leadership, Bolivia has expelled US anti-drug agencies and promoted a national legalized market for coca products.

Morales’ strength as a leader also stemmed from his campaigns on policies that address broad social inequities beyond indigenous groups. He gained political prominence through connecting indigenous causes to larger protests of structural economic inequity under a neoliberal system during the Water and Gas Wars of the early 2000s. His leadership during those wars of resistance against the monetization of critical natural resources in the populous Cochabamba department won him widespread regional popularity and began to propel his party, Movimiento al Socialismo (Movement towards Socialism, or MAS) into prominence in mainstream Bolivian politics. In 2005, Morales was elected President of Bolivia with 53.7 percent of the vote, the highest vote share any successful Presidential candidate had received in 40 years.

“I don’t think the victory of Morales and MAS can be attributed just to his indigeneity,” says Poertner. “The MAS has a broad coalition of social organizations at its core that played a crucial role in winning the elections in 2005 and maintaining support. Furthermore, other important political issues, such as class, are strongly correlated with indigeneity — for example, the upper classes are disproportionately white, while the lower classes are disproportionately indigenous.”

Morales’ election ushered in a 14-year period of social and economic reforms that would see the Bolivian GDP rise with an average growth of 4.7 percent per year from 2004 to 2017, and the extreme poverty rate cut in half from 36 percent to 17 percent. He renegotiated natural gas extraction rights with foreign entities to constrain their influence and redistributed proceeds on those resources to the poor.

However, like other socialist-leaning governments that came to power during the “pink tide” of the early 2000s, the Morales administration was marred by corruption, money laundering and extralegal centralization of executive power. Morales used the Bolivian Constitutional Court packed with his allies to overturn a 2016 popular vote referendum that denied him the chance to run for a fourth term. The 2009 Bolivian Constitution stipulates a two-term limit on the presidency, and his administration made the argument that his first term did not occur under the new Constitution to run for a third term.

“Among some constituencies who were initially very supportive of Morales, there is rising discontent around his authoritarian tendency.” said Alison Post, Associate Professor of Political Science and Global Metropolitan Studies at the University of California, Berkeley.

Although Morales’ violation of democratic norms eroded his support, he remained highly popular in the country. Morales’ approval rating in July of 2019, three months ahead of the October election, was still 49 percent. Every poll showed him pulling far ahead even his fiercest competitor, former President Carlos Mesa, in voter support. It is clear that even though people Morales has lost some support and alienated key allies within his broad-based leftist coalition, most voters are either apathetic or preferred the alternatives to Morales a lot less.

Morales’ legacy is thus difficult to reconcile. Even though he has a spotty record with maintaining Bolivian democracy, Morales pushed the country towards economic, social and racial equity. Prior to his resignation, he was the longest-ruling “pink tide” head of state in the region. A combination of successful governance and a fiercely loyal base helped keep him in power.

“In comparative terms, he managed the economy relatively well — he was able to ride the commodity boom and use resource revenues from that to expand social policy.” says Post. “He was relatively moderate and sensible in his macroeconomic policymaking, keeping inflation in control and only pursuing limited nationalization of critical industries. A large faction of voters also had a strong emotional identification with him and saw him as a man of the people.”

However, his personalistic, concentrated style of leadership handicapped the long-term sustainability of his successful policy reforms and the health of his MAS party. By becoming the only mainstream political symbol of indigenous empowerment, he left Bolivia empty-handed upon his departure. The MAS apparatus failed to produce a leader who could unify the left and offer a credible, meaningful alternative to the far-right factions that took control after Morales allies either fled in the face of death threats or protested government proceedings in solidarity to Morales. MAS’s critical dependence on its ringleader became obvious in the face of chaos.

“He was the one who held the left together,” says Post. “They are having to regroup and reunify, but it is hard to run campaigns when [a coalition] is factionalized and it is unclear who the leader is.”

With a Congressional boycott by Morales allies, who hold a majority in the legislature, opposition Senator Jeanine Añez has declared herself Interim President. Añez, who is a known religious conservative, has already rolled back key Morales-era reforms, especially in regards to coca regulation. She has also made racist remarks about indigenous communities, claiming in a now-deleted tweet that she dreamt of a Bolivia “free of satanic rituals,” referring to the practices of indigenous peoples. Thus, many fear that her tenure, which will last until the May 2020 elections, will mark a significant regression in indigenous rights.

“We’ve seen a rupture in that sense in the new interim government cabinet.” Poertner said, “The cabinet is now disproportionately white and upper-class, and it does not appear to be President Añez’s priority to nominate indigenous leadership.”

While claims of Morales’ electoral illegitimacy are contested and he continues to be an important symbol for indigenous working class groups, restoring a president who disregarded democratic principles should not be the solution to Bolivia’s democracy in erosion. Ironically, the left may have to part ways with Morales and come together in a coalition to nominate a new leader who can preserve his legacy. The right, on the other hand, must do its part in this interim government to restore order, constitutional integrity, and free and fair elections. With democratic institutions intact, Bolivia can continue to address issues related to deep-rooted, structural inequity that Morales aimed to remedy. Only by continuing this work and taking seriously the problems his Presidency brought to the forefront can Bolivia keep itself on track to social, political and economic advancement.