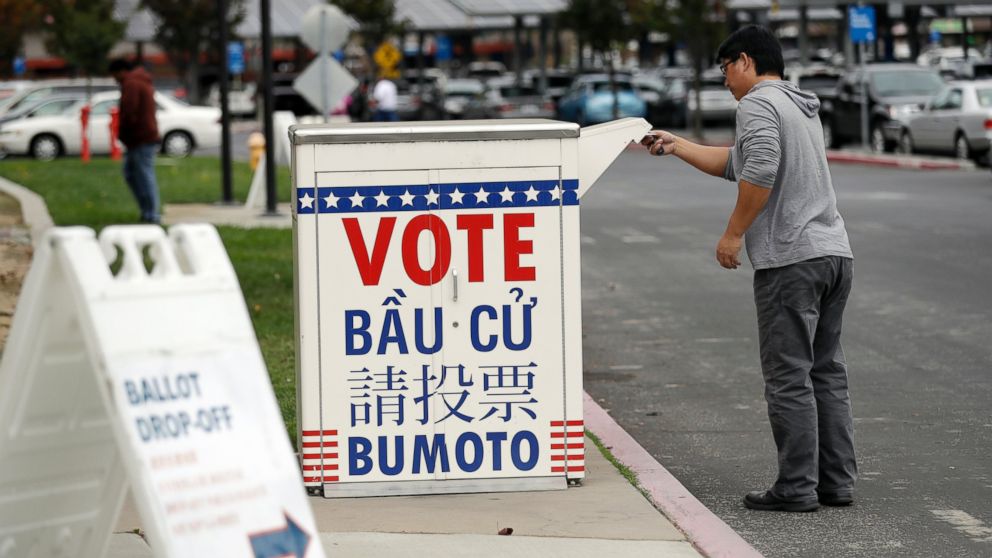 What About the Asian Vote?

“I don’t vote because I feel like it won’t make a difference,” says Melody, a Filipino-American college graduate. Melody is a 22-year-old California native. Although she has spent most of her life in the Bay Area, she was born in the Philippine capital of Manila and immigrated to San Francisco at age five. However, despite having American citizenship and an American upbringing, Melody has never voted nor is she even registered to vote. “My parents never paid attention to American elections or politics, so I never felt inclined to either,” she says, “and living in a state like California just dilutes the meaning of voting to me.”

Historically, the voter turnout rate for Asian Americans has been one of the most dismal in the United States. In the 2012 presidential election, Asian American voter turnout rate among eligible voters was at a low 47 percent compared to a higher turnout of 64 percent of non-Hispanic white eligible voters and a solid 67 percent of African American eligible voters. In the 2016 election, there was a similar trend, with the turnout rate still being less than half at a mere 49 percent. While this upcoming presidential election in November forecasts another increase in voter turnout of Asian Americans, the Asian vote doesn’t seem to be a priority of either the Democrats or Republicans. Despite rare instances such as then-candidate Pete Buttigieg’s strategic plan to target Asian Americans and Pacific Islanders (AAPI) with AAPI-specific solutions, like improving language access to federal programs, Asian Americans are continuously overlooked by both Republicans and Democrats. In an October 2016 report conducted by the National Asian American Survey (NAAS), 70 percent of Asian American registered voters surveyed say that “they have not been contacted by one of the political parties about the current campaign.” So why has the Asian vote consistently been ignored?

Demographically, Asian Americans don’t tend to live in politically contentious states. The geographic distribution of Asians throughout the U.S. explains why many Asian Americans like Melody don’t feel inclined to vote — they don’t live in swing states, where the vast majority of political time and resources is focused. As Melody said, living in a perpetually blue state like California can “dilute the meaning of voting.” Unless you live in a swing state, you may feel disinclined to vote because your opinion doesn’t matter. In the 2012 presidential election, voter turnout among the 12 most competitive states was at a solid 66 percent, while voter turnout in the 39 other states was only at 57 percent. Whether you vote blue or red, it’s only natural that you feel that your political contribution is negligent.

There are various explanations for why Asian voter turnout has been historically low. First, there has been limited resources to make voting more accessible to the one in three Asian Americans who speak limited English. In an interview with NBC News, Sundrop Carter, director of the Pennsylvania Immigration and Citizenship Coalition, says that “even people who maybe do their day-to-day business in English don’t feel completely comfortable doing something as important as voting in a second language.” Polls and ballot information aren’t always accommodating of this though. Due to a near endless array of dialects and languages within the Asian American community, one in three Asian Americans is essentially helpless and ends up not voting. Although Section 203 of the Voting Rights Act (VRA) requires that “voting divisions translate their ballots when their population has more than 5 percent or 10,000 limited-English speakers who share the same tongue,” only 22 counties or cities meet that requirement for any Asian language. Furthermore, despite the legal right to bring a translator with you when voting, the Department of Justice has filed 12 lawsuits against different counties and cities since 1998, citing discriminatory malpractices by poll workers. Most notably in the case of the United States v. the City of Boston, Massachusetts (2005), poll workers were accused of discriminating against Hispanic, Chinese and Vietnamese voters alike by either failing to provide them with the appropriate resources in their language or denying their translators access to the polling stations. While this case, along with the 11 others, have successfully ruled in favor and promotion of Section 203 and the VRA, discrimination is still rampant in polling stations today with the most recent case having taken place only three years ago. In short, there are undeniable language barriers to voting for ⅓ of Asian American eligible voters.

Different cultures within the Asian American community exhibit similar trends. For instance, in Hmong culture, typically only the elites can afford the luxury of discussing and engaging in politics. Beth Vang, a 21-year-old Hmong-American, told NBC News that even translating political words like “democracy” and “president” into Hmong can sound like “something you should never talk about.” Thus, it’s not uncommon for Hmong-Americans to distance themselves from the political arena and have low civic engagement. Likewise, many Laotian-Americans, who are accustomed to an oppressive communist government in Laos, may be more likely to view democracy and political participation as uncomfortable concepts. This has translated to lower voter-turnout rates among Laotian-Americans in comparison to the rest of Asian Americans. In the 2012 presidential election, there was only a 40 percent turnout rate among Laotian American registered voters, compared to the 79 percent Asian American average.

This lack of desire to participate not only affects immigrants, but their first-generation children as well. While political participation is encouraged among newly eligible voters nowadays, particularly with the rapid rise of online social movements and Internet campaigns, voting is no isolated event or practice, but rather a “multi-generational habit.” If your parents don’t vote, and those around you and in your community don’t tend to vote, you’re less likely to vote yourself.

While these theories can be moderately successful in explaining low political participation among the majority of Asian Americans that don’t vote, they are simply used as excuses to ignore the Asian vote. This phenomenon can also explain why some Asian Americans still feel like foreigners in the United States, despite being naturalized or even born here. Politicians’ consistent neglect of the Asian American community is completely indicative of the fact that the political landscape of the U.S. is so fragmented and skewed with elections only meant to fulfill office-seeking and selfish goals, not actual optimistic policy aims whose impact would last in the long run.

One of the flaws of both Democratic and Republican politicians is that they tend to give into the wrongly enforced stereotype of Asian Americans as the “model minority,” in which Asian Americans pride themselves in substantial success in their careers and fast assimilation into American culture. While AAPIs are one of the highest achieving minority groups in the U.S. in terms of income, if not the most successful, 8 of the 19 Asian groups analyzed in a research study conducted by the Pew Research Center have had poverty rates higher than the U.S. average. These wealth disparities within the Asian American community are some of the largest gaps the U.S. has yet to observe, and Democratic and Republicans mistakenly keep resorting to using “Asian” as an umbrella term when it is masking lots of income inequality within the community.

Although Asian Americans only make up a small 4 percent of eligible voters in the U.S., politicians can’t afford to ignore their vote — they are the fastest growing minority group. Furthermore, despite many different subgroups within the community, Asian Americans are now seeming to vote as a more cohesive and monolithic bloc, and that bloc is increasingly identifying as Democrat. In the 2014 midterm elections, “49 percent of Asian American voters backed a Democratic House candidate,” and in 2018, a whopping 77 percent did. Historically, Asian Americans have been much more Republican: in the 1992 presidential election, a majority of Asian Americans supported George H.W. Bush at 55 percent, and in 1996, Asian Americans still continued to vote Republican by siding with Bob Dole, with Dole winning 48 percent of the Asian vote. Now, Asian Americans are increasingly voting Democrat faster than any other minority group, and this shouldn’t be ignored. This political development isn’t directly a product of improved political outreach, but rather a broader national leaning towards Democrats as a response to President Trump’s xenophobic immigration policies that Asian Americans don’t seem to be agreeing with. With even better political outreach, Democrats can begin to count on Asian Americans as a reliable voter base for upcoming elections.

Although every American has the right to not vote, for those who do want to vote, all politicians and hopefuls have a responsibility to encourage them. Whether it be improving outreach, or making voting laws more strict and accommodating of linguistic differences or other challenges immigrants may face when voting, the Asian American population needs to feel more empowered to participate, like all minority groups in the U.S. There must be more work and outreach done, not in the office-seeking spirit, but in the spirit of democracy. If one group in the U.S. feels distant and discouraged from voting, then we must ask ourselves and challenge our politicians, how we can fix this to better our democracy? With more political outreach, Asian American voters can become a force to be reckoned with in American politics.