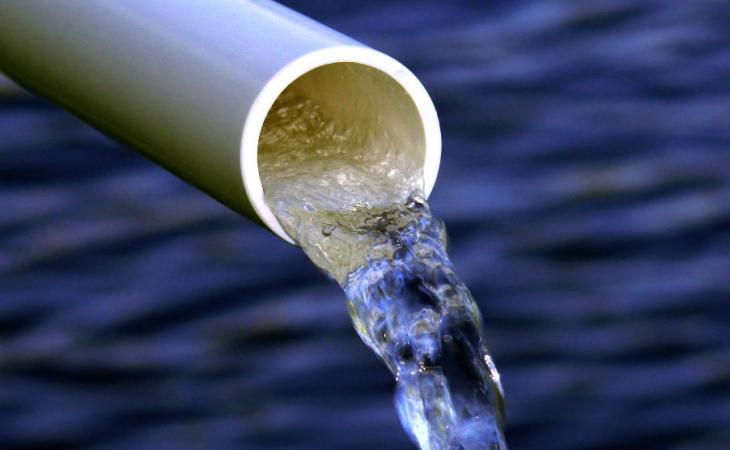 The Climate Change We Forgot to Calculate: An Interview With Kristina Hill on Groundwater Rise

In January, after an unusual observation during a routine procedure, West Oakland County officials received a report that a toxic substance may be contaminating the soil below McClymonds High School. McClymonds had been conducting environmental tests on its property where a pool-heating tank had recently been removed, just to be sure that no petroleum leakage had occurred. By late February, the school was closed and the presence of trichloroethylene (TCE) in its groundwater was confirmed. TCE, an industrial carcinogenic chemical, had lain furtively under the school until it became an immediate threat to the wellbeing of hundreds of teenagers, suddenly at risk sitting in English class. A few years before the chemical’s emergence was discovered, McClymonds High School lost two students to cancer. Although the students’ cancer was not explicitly linked to TCE at the time, several reports suspect the toxin may have been an underlying cause. The effects of climate change are here.

If you look up McClymonds High School on Google, coverage of the incident from several local papers, as well as a few national ones, inevitably pops up. Nowhere do any of the stories mention groundwater rise, or climate change or even Professor Kristina Hill, who received a PhD and MLA from Harvard, has taught at some of the most prestigious universities in the nation, and is currently an Associate Professor at Berkeley. Most importantly, she has dedicated several years to mapping groundwater in the Bay Area and spreading awareness of the disastrous impacts climate change will have on it.

Professor Hill cites the TCE discovered at McClymonds early in our interview, positing that the rising groundwater under West Oakland has already begun to remobilize old soil contaminants. “When we think about this as something in the future, it may already be happening now.”
“If ten feet of sea level rise is locked in, ten feet of groundwater rise is also locked in,” Professor Hill says. This is not surprising, and yet is somehow new information. When I ask why this isn’t more widely publicized, Hill pauses. “Well, I think it’s because it’s geologists who think of the relationship between sea level and groundwater, and most civil engineers have not been taught about that. It’s more something in the disciplinary area of geology. Geologists are not in charge, so we have to figure out how to communicate this problem to people who may be relying too much on things like building levees or sea walls to keep out flooding to help them understand what really is going to happen.”

Hill is correct; geologists are not in charge, and while civil engineers have been preparing for ten feet of climate-change-induced sea level rise with fixes like sea walls, they have failed to consider the groundwater rise that comes along with it. The reason civil engineers are so blissfully unaware of the groundwater rise that will inevitably hit coastal cities, according to Hill, is in part financial. “Sluggishness comes from the fact that a lot of communities have already paid for a vulnerability study, typically from a private engineering company. And now they’re thinking ‘We have to add groundwater? That’s gonna cost us more money; maybe we should wait and see if government agencies are gonna provide us with that analysis.’”

In the case of the Bay Area, the government agency responsible for the provision of such an analysis is the San Francisco Bay Conservation and Development Commission (BCDC), which has been woefully silent on the issue of groundwater rise. Hill has a list of suggestions for adjustments it could make in the near future. “They could require local communities to look at groundwater, and certainly require anybody who wants a permit for coastal development to do groundwater modeling,” she suggests, adding that Bay Area communities will look to BCDC to lead the way on groundwater mapping. In fact, Hill notes, “BCDC did a mapping effort called the ‘Adapting to Rising Tides Flood Viewer’ where you can go online and see what your risk is of flooding from sea level rise, but it doesn’t include groundwater, and that’s misleading for a lot of communities.”

One such community is Marin City, where Hill has recently been conducting groundwater research. BCDC’s faulty mapping software has already presented a major roadblock. “Marin County says that Marin City’s population isn’t vulnerable because groundwater is not included in the map from BCDC. But our groundwater maps show Marin City is very vulnerable, so we need BCDC to step up and take some responsibility for requiring local mapping or providing regional mapping that includes groundwater.”

A second reason for the Bay Area’s lack of preparedness, and perhaps BCDC’s misleading software, is simply a lack of groundwater monitoring. “We have very little real-time monitoring. It’s hard to know how much [groundwater] rises and falls with droughts, with tides, with storms.” Typically, measurement of the rise and fall of groundwater is conducted using wells. However, Hill notes that many crucial wells are no longer monitored. “They’re associated with contamination events that happened maybe 15 years ago, and the project files are closed to give the private landowner certainty about how to use his or her property.” She urges the California State Water Resources Control Board to consider what they have given up to make property owners more comfortable. “It’s cheaper to use existing wells than it is to drill a bunch of new ones. And if the legal issues are too difficult, then we need to establish a bunch of new wells that the public can monitor.”

Regardless of the reasoning behind our ignominious disregard for groundwater rise, it is a present danger that needs to be addressed. According to Hill, the areas facing the most danger from groundwater rise share a few key similarities. The majority of communities under direct threat are low-income communities like East Oakland, formerly industrial areas where leftover contaminants in the soil have been capped from above, instead of cleaned up or lined from below. “As groundwater rises, these previously industrial areas are under more risk that there will be human health impacts early in that process,” Hill emphasizes, noting that we have potentially already witnessed such impacts at McClymonds High School.

Even in communities without contaminants hidden beneath their soil, groundwater rise threatens a laundry list of hazardous impacts.
“Storm sewers have to be empty when the rain comes, otherwise they can’t convey that water away and prevent flooding. As groundwater rises, it’ll fill some of those pipes, which today are cracked and poorly maintained in most communities. Water won’t be able to drain away, and we’ll see more surface flooding.

The sanitary sewers that carry human waste are also often cracked, which allows groundwater to enter the pipes, so groundwater will enter sanitary sewer lines and eventually cause waste to back up in basements and in people’s houses. That’s a big public health issue.

The pressure of the groundwater rising will actually cause foundations to heave in buildings and potentially bridges, manholes and underground structures in general. We could see initially some dislodging of structures that are underground, like foundations, and that’ll make buildings weaker.

As groundwater continues to rise, it’ll also get saltier, and that’s going to cause corrosion of underground pipes and electrical conduits that are underground, so eventually, we’ll get to the point of corrosion from salty groundwater.”

Of course, all of these impacts will be amplified in low-income areas with poor infrastructure, but that does not mean surface flooding, foundation heaving and waste backup can or should be brushed off by even the most infrastructurally sound of communities. If the bridges we regularly traverse to reach our jobs, schools, friends and families collapse, it will be a tragedy that affects us all, and one that could have been prevented.

Professor Hill believes the situation is not hopeless. The process of mitigating the damage caused by groundwater rise, according to Hill, begins at the individual level, with people, especially those living in former industrial or coastal areas, calling and emailing their elected officials and asking what studies have been done on the risk of groundwater rise in their communities. “In every case around the Bay Area,” Hill says, “people are going to have to say ‘No, there haven’t been any studies done,’ but it will help raise the profile of the issue, that’s for sure.”

At the state level, mitigation necessitates the Coastal Conservancy and the Ocean Protection Council engaging civil engineers. “The state really needs to reinforce the message to civil engineers that they need to consider groundwater in all of their adaptation planning and study it in their vulnerability plans, because almost every city has a vulnerability study at this point, and I’ll bet you ten bucks it doesn’t include groundwater.”

Hill is explicit that these plans cannot rely on existing research alone (most of which she herself has conducted), and must include new modeling. “We made the first map of where today’s groundwater is in the Bay Area … And that’s a good starting point,” Hill says, “but you can’t just add three feet to it to show what the surface will be with three feet of sea level rise, because of the discharge phenomenon.”

What Hill refers to as the “discharge phenomenon” occurs whenever groundwater rises, simultaneously moving laterally along the path of least resistance, which often means it travels through a cracked pipe or a gravely layer of soil. Once the groundwater has completed its journey through the pipe or soil, it will leak out into creeks or a larger system of pipes and move towards the bay. According to Hill, this “discharge” means that some areas may not see as much surface flooding but will witness more flooding around creeks and in pipes. For this reason, Hill argues, a simple groundwater map is insufficient. “That’s why they have to model it. They have to actually apply a process-based model that shows how the groundwater will move left, right, and other directions as it rises.”

The good news is that creating a process-based model is not difficult to do. The software already exists, developed by the U.S. Geological Survey in the 1980s. “It’s called MODFLOW. There are people who have used it for decades; I don’t think it’s expensive. I think it’s totally doable, but we haven’t done it before, so most engineering firms just do the same kind of services over and over again. They need to update, and figure out how to include this, even if it’s some thirty-year employee who sits in the back room who knows how to use it. Well, that person is now essential, and we need to get them involved in projects about sea level rise and flooding,” Hill says.

It is hard to imagine how Hill remains so optimistic with such an intimate knowledge of our lack of preparedness in the face of great danger. “It hasn’t happened like this for about eight thousand years, where a rapid rise in sea level would produce a rapid rise in groundwater,” she tells me at the beginning of our conversation. “So, we have to kind of give ourselves a little bit of a break and say ‘Okay, well, this is the first time in eight thousand years we’ve seen this as a global phenomenon, and we’re gonna miss some things.’ So, we just need to pay attention now.”

Published in Interviews and The Review