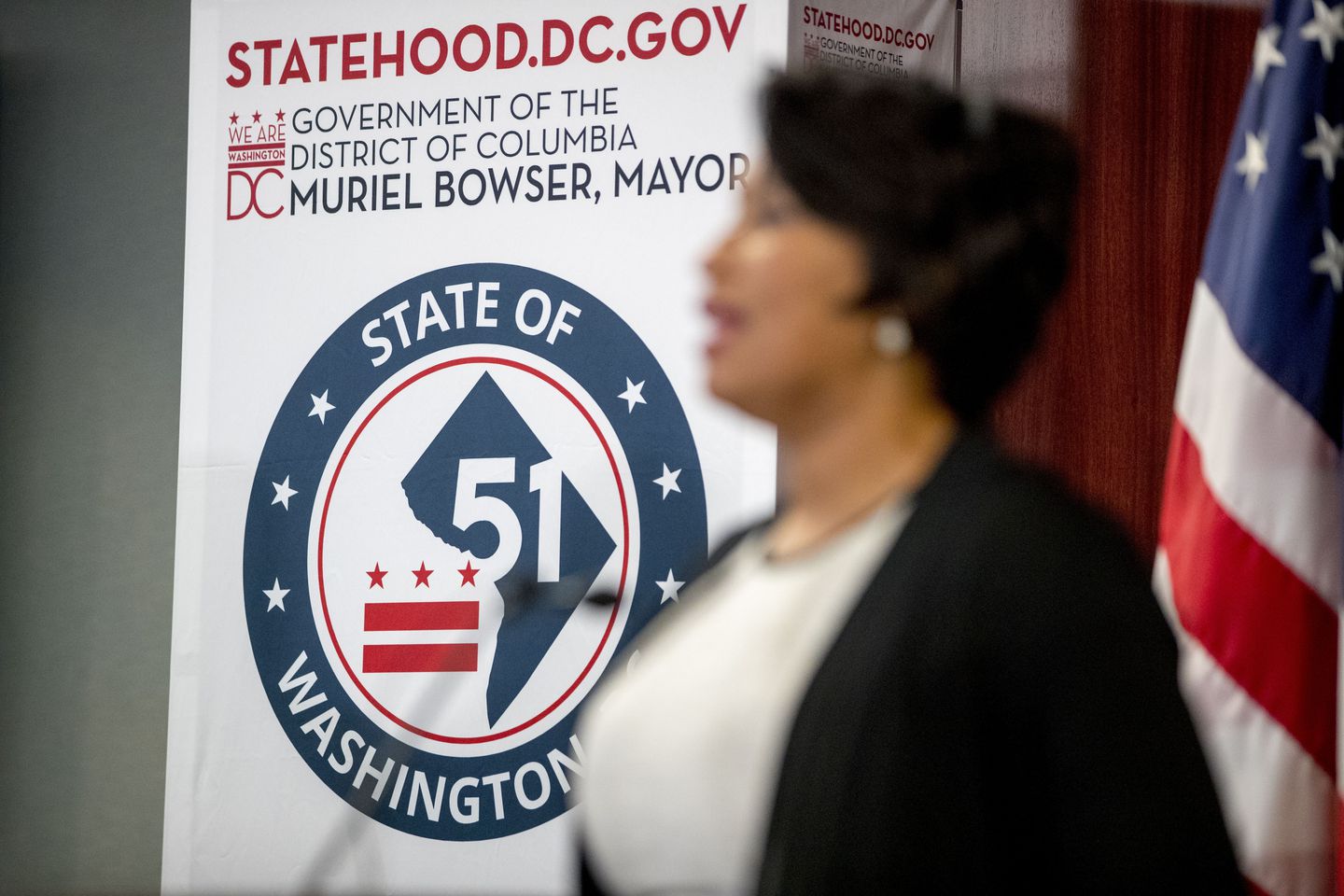 Anyone who has spent time in Washington (D.C., The District, DMV, etc) has no doubt come across a license plate with the famous words of the American Revolution: No Taxation Without Representation. The slogan is proudly emblazoned on DC license plates on account of the peculiar status of the District as the only entity in the continental US without senators or a representative.

This, however, is not some accident or technicality. It was by design and an intention of the founders to have a capital which was beholden only to Congress but could not influence it. The first mention of the District occurs in Federalist No. 43, one of the few penned by James Madison. Madison writes,

“ Without (the District), not only the public authority might be insulted and its proceedings interrupted with impunity; but a dependence of the members of the general government on the State comprehending the seat of the government, for protection in the exercise of their duty, might bring on the national councils an imputation of awe or influence, equally dishonorable to the government and dissatisfactory to the other members of the Confederacy.”

The creation of DC was intended to give the federal government an independence from state interests, as the federal government was inherently representative of transcendental national interests. Thus, DC was created from cessions from both Maryland and Virginia in accordance with Article I, Section 8 of the US constitution which requires the seat of government to be in a federal district and gives Congress total control over that District.

However, these clauses and Madison’s own writings in Federalist No. 43 are not very holistic in their description of how DC is to operate. Madison advocated DC to have local rule and even a role in selecting the government that represents it. Currently, Washington does have its own local government, but Congress is able to interfere in its local affairs when it desires. For example, Republicans in Congress struck down local DC gun laws that the Democratic local government officials openly supported. DC does have representation in the government as well, possessing a so-called “shadow representative”, similar to other territories, which cannot vote but still attends sessions, and receives 3 electoral votes for president, a privilege not conferred to Puerto Rico or Guam.

Yet in spite of these irregular privileges that are by no means guaranteed to them, Democrats in DC want full statehood. Although such a proposal certainly violates the spirit of the Constitution, the District could technically just be reduced to a small disjointed territory surrounding the Capital, the White House, and some important federal office buildings. The main thrust of the claim for creating a state that is barely 10 square miles is that it has a larger population than Wyoming and Vermont. Vermont, being one of the original 13 states, has unquestionable right to statehood, and states like Montana and Wyoming, being so far from the centers of population in the US, would be virtually ignored if not for senatorial seats.

This brings me to the main counterpoint of DC statehood, its influence. While DC might not have a formal vote, members of Congress generally spend half a year in the city. Their staffers, the staff at federal agencies and lobbyists, all either live or spend a considerable amount of time in the District. DC schools are the most funded public school district by student spending per capita in the US. Though the majority of this is funded by local dollars, DC still has access to a special federal voucher program passed in 2003. It is also worth pointing out that the “local dollars” of DC are often from federal workers or jobs whose existence is based on federal funding. In reality, this means that DC’s schools are mostly funded by redistributed federal dollars.

The same goes for the DC’s premier public transit system. Whereas New York built and funded its own, the District’s Metro was built by an act of Congress in 1965. Even to this day the federal government fits the bill for 65 percent of capital costs for the city’s metro. This is not even mentioning the Smithsonian, National Mall and other federally funded entities that bring tourism and business to the District.

Now, I am not opposed to any of these initiatives. Washington is our nation’s capital and it ought to be a beautiful place with good public transit and well funded schools, and Washington is all of these things without a senator or a representative because the interests of Washington are inextricably linked to the interests of Congress and the executive branch. DC is not just represented, it’s disproportionately so.

This is not to say that the arrangement DC has is perfect. The ability of Congress to interfere on things like fire arms, LGBT protections and other social issues is not appropriate and violates the spirit of local rule. Congress should only interfere in DC affairs when it is in the interest of national security, and the current arrangement gives DC little freedom to determine when that is.

DC can still be granted more internal autonomy without being granted statehood. Statehood is a deeply political issue that almost always falls along partisan lines. Alaska and Hawaii, our last admitted states, were admitted close to one another because they were certain to vote for different parties and would not upset the political balance. More cynically, West Virginia was created by Northern Republicans to ensure a voting majority against the South. DC is an overwhelmingly blue area and admitting it would essentially sacrifice all close votes for Republicans in the senate, leaving them with no incentive to vote in favor of it. Furthermore, it incentivizes retaliation, should Republicans ever claim a large enough bloc of votes to do something like divide Texas into two Republican gerrymandered states. If Republicans were to have a viable second state to submit alongside DC that would not cause an upset in the Senate, then the consequences to admitting DC as a state are not as partisan in nature; however, no such candidate currently exists. Considering that DC statehood would violate the spirit of the Constitution, upset a 200 year old order and result in a partisan power-grab, it would be unhealthy for an already divided America.

If one still desires to sound the trumpet of “No Taxation Without Representation” and sternly believes that DC’s residents are essentially lorded over as feudal serfs and that and violating the spirit of the Constitution is necessary to protect the spirit of democracy, then there is still one last proposal you may find to be a healthy compromise. While DC was initially formed from ceded land from Virginia and Maryland, the ceded land of Virginia (comprising most of modern day Alexandria) was already returned to the state in 1846. It stands to reason that one could just as well do the same with Maryland’s half of the District and leave only the small areas between federal buildings as a “federal district.” It solves the issue of taxation without representation and it creates no new senators.

Ultimately, DC statehood is a position bereft of any legitimate reasons for support apart from narrow minded political power-grabbing. Regardless of how patriotic and moral the concept of “No Taxation Without Representation” may seem, it is simply not the case that DC requires a whopping two senators to have its voice heard, especially when there are a multitude of compromises that can be made to ensure that it is more represented than it is now.

Patrick Boldea
More from The ReviewMore posts in The Review »