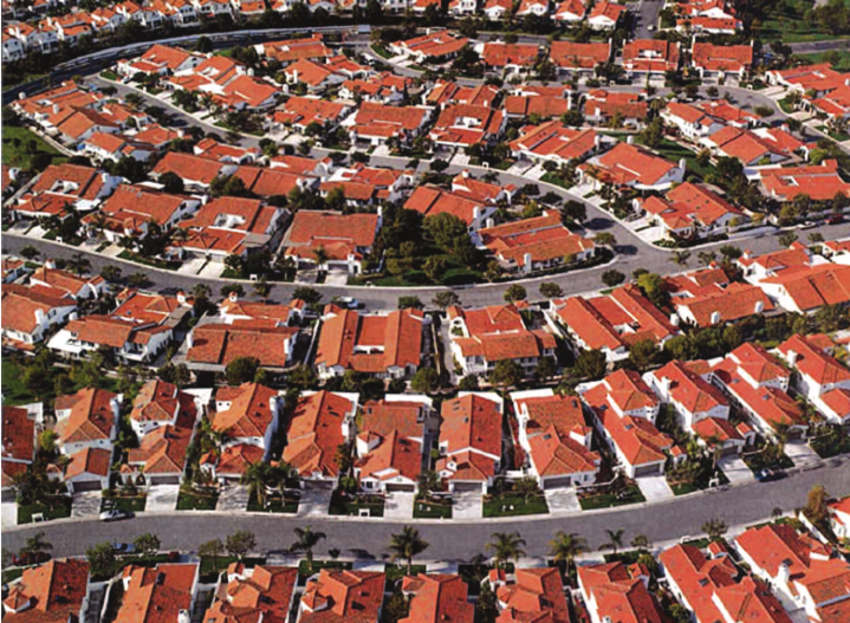 The image that most Californians have of Orange County is a sprawling suburban community, framed by orange groves. That is true to an extent. First of all, OC barely has any original citrus trees anymore. The groves were removed when OC started making space for its iconic suburbs. And since then, it has continued to prove a popular place to live. In fact, today OC is one of the most densely populated places in America. We think OC is immune to problems that major cities such as Los Angeles or San Francisco are battling, but OC also has familiar issues that come with being an urban environment. And this leads to issues such as unaffordable housing and homelessness being erroneously overlooked. There is a real crisis unfolding in OC, yet not enough is being done. What OC will do to remedy the vision versus the reality of its community will be an important model for other “accidental cities” across the state.

First, what is an accidental city? An accidental city is a city that rapidly grew in population since the 1950s, as OC did as a region. The problem is, these cities were usually suburban blips on a map that were never designed to be a major city. These cities emerged thanks to nationwide trends and federal support. For example, many Americans were moving in droves to cities in the Sunbelt, including many in California. Federal support came in the form of projects and favorable legislation to homeowners. For example, the Interstate Act of 1956 led to cities suddenly becoming more relevant. Many accidental cities were just checkpoints on a map during the 1930s and 1940s. With the construction of the Interstate Highway system, people could commute from outer areas into major cities. Suddenly, these cities became connected to a greater ecosystem and gained relevance and popularity as places to settle. Federal Housing Administration (FHA) mortgages were also helpful in the growth of accidental cities. FHA mortgages were federally subsidized mortgages to help people buy housing, which meant that as housing became easier to access, suburban sprawl could grow. Accidental cities have been growing for decades; for example, by 1970 Santa Ana and Anaheim were already on the list of 100 biggest U.S. cities. And in 2000, they exceeded populations of 300,000. Make no mistake: these accidental cities are huge; OC is about the size of metropolitan Phoenix. The problem lies in how the two were built so differently in order to support their large populations.

For accidental cities such as OC, their problems lie at the very beginning of their conception. These cities were almost exclusively residential when they were being built, but not so today. Today they attract other industries and retail. Despite the image of suburban sprawl, housing is overcrowded in OC. Overcrowded housing is calculated if there is more than one occupant living in a room. The stereotypical gated community family home can’t continue to support the population of OC. A family home with just one floor doesn’t allow for housing density like you would need in a metropolitan city. Not to mention that this type of housing isn’t affordable for many people. Accidental cities like OC need to add more housing that can support a growing population such as apartments and townhouses. Yes, adding these structures would be against the suburban sprawl image, but these forms of housing are necessary to fight overcrowding, and adding more diverse housing is adding more accessible housing.

Orange County does have problems with its urban growth in a suburban environment. OC was never designed to be this populated. OC has an inability to reconcile the reality that it has a problem with poverty and homelessness. For example, in California, OC had the fourth-largest homeless population increase from 2017-2019. It can be seen that the problem is extremely relevant, yet not enough has been done. To afford a one-bedroom apartment in OC, one would need to make $27 an hour, which is very unlikely for those struggling with mental health problems or a criminal record. These people are unfortunately likely to fall back into the cycle of homelessness. With Prop 47, OC received $6 million to add more drug treatment and affordable housing. This is an admirable step, but not enough. When OC passed its budget in 2017, it allocated $50 million to solve the county’s most pressing issues; however, most of this $50 million went to the sheriff’s department. Eve Garrow, a researcher with the ACLU, notes, “Just in the growth of their [Orange County] discretionary budget, they could almost solve homelessness”. The stereotype is true: OC is one of the wealthiest areas in the United States. It has the capability to make real change and could do so if it accepted the fact that it has a crisis on its hands that requires investing in solving the issue at the source. The almost $50 million investment in the sheriff’s budget shows how OC is incorrectly focused on short-term, punitive solutions instead of solving long-term problems. Thia erroneous approach is reflected in a class-action lawsuit brought against OC over its treatment of homeless people. In January 2018, OC was sued by a coalition of homeless advocates for violating the civil rights of local homeless people. In the suit, OC was “forcing people to move without a plan for housing or shelter”. The resulting debates over what to do about homelessness had long-term repercussions in OC, as cities were forced to confront and address their wrongful and ineffective practices. Officials can’t cite people for camping unless they have somewhere else to go and also cannot send people to another city to seek services (i.e “dumping”). This is an egregious practice that is magnified by knowing that OC has the resources to do better. Criminalizing homelessness is not a solution to correcting the actual problems in OC.

OC needs to take more responsibility for what it has done. Instead of investing $50 million in punitive solutions, OC should invest in expanding affordable housing and increase housing. For instance, OC began to build affordable housing, but the waitlists are from four to eight years, which is much too long to allow unsheltered people to suffer. OC should recognize the urgency of the situation and address the shortage of affordable housing. Next, OC should also allow higher density housing to be built to support the large OC population. Many cities in OC place higher density residential housing in areas marked for residential/commercial mixed-use. OC should increase the density allowed for multi-family uses, as new incentives do so do exist. Ignoring the reality that OC has problems with housing and homelessness is an insult to the people who need help. That help is available if OC only takes more responsibility for the crisis in their hands.

Erika is a staff writer for the California section. She is a third-year at UC Berkeley studying Political Science and English. Erika aims to attend graduate school in the future.