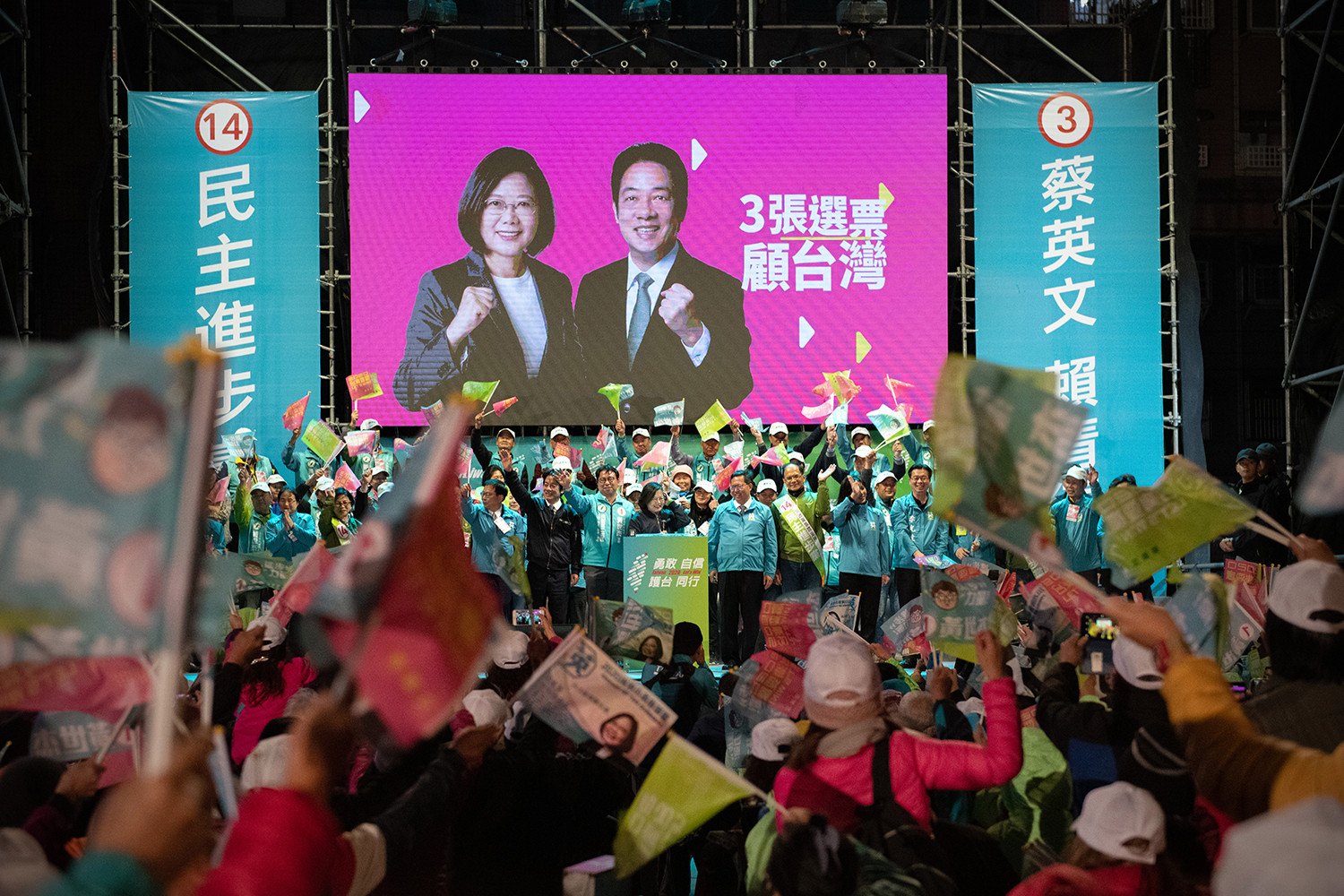 The dominant perception of Taiwan as effectively irrelevant to the workings of East Asian politics is detrimental to both the future of Taiwan and of free markets and media within the Chinese economic and political orbit. A key misunderstanding lies in the evaluation of Taiwanese politics solely within a Taiwan-China relations framework rather than a multi-dimensional depiction of domestic issues portrayed in parallel with foreign policy concerns. The coverage of Taiwan’s January 2020 presidential election in American and British media demonstrates a broad-based misunderstanding of issues essential to Taiwan’s longevity and ability to be economically competitive on the global stage. Tsai Ing-Wen’s low approval ratings and general inefficiency prior to the eruption of protests in Hong Kong reflect Taiwanese voters’ essential consideration of economic issues; however, Western media continues to evaluate Taiwanese politics within a one-dimensional, China-focused framework.

Formal diplomatic relations between the United States and Taiwan ended in 1979 in an effort to prioritize forming a rapport with China’s Communist government. In light of China’s regular threats of forced reunification with Taiwan, which Beijing already sees as a Chinese territory, the United States committed to the terms of the Taiwan Relations Act. Weapons sales since 1979 have taken place because of this promise of defensive weapons when needed to deter a Chinese attack.

Beijing and Taipei are at an impasse on the future of Taiwan’s relations with the mainland. The agreement reached in 1992, known as the 1992 Consensus, indeed states that “one China” exists, but allows both Taiwan and China to define what “one China” means, as to which entity, in actuality, constitutes China.

Taiwan has not been ruled democratically for the entire period since Chiang Kai-Shek established the Republic of China on the island in 1949. From 1949 to 1987, Taiwan was held under martial law, and political diversity of thought was suppressed. The major opposition party, the Democratic Progressive Party (DPP), which is especially popular among young voters, and all other political parties were deemed illegal until 1989. The first free elections for the presidency did not take place until 1996; democracy in Taiwan is young and fragile. However, a source close to the Taiwanese political system describes the sheer ability to vote for a political party or candidate outside the KMT as a clear example of the progression of democracy in Taiwan, despite its fragility.

The chief ideological difference between the KMT and the DPP lies in the parties’ different aspirations for the future of China-Taiwan relations. Where the KMT supports the “one China” doctrine to some extent and does not claim full independence, the DPP rejects this and calls for firm legal separation of China and Taiwan. Historically, the DPP’s voter base has been comprised of Taiwanese people who have been on the island since 1949, who possess a distinct sense of national identity, and their descendants. Current Taiwanese president Tsai Ing-Wen’s DPP membership frames the actions she has taken as president, especially in regards to Beijing.

In Western media, Tsai Ing-Wen’s stance on China has been portrayed as a subversive political strategy that eventually won her the election. While Tsai’s firm endorsement of Taiwanese sovereignty and deliberate rejection of any sort of reunification with China, are popular in Taiwan, Tsai’s circumstances for maintaining this footing are external to her actual strategy. Her statements are procedurally reactionary. Tsai’s affirmation of Taiwanese sovereignty should not be considered a political stratagem; it is simply a response to events shaking regional politics. In January 2019, President Xi Jinping of China commemorated the 40th anniversary of China’s attempt to reunify Taiwan and China in 1979. Tsai responded to this speech with a remark on the impossibility of the One Country, Two Systems doctrine that rejected the 1992 consensus and opened the door to a discussion of Taiwanese future independence. While Tsai responded to a threat with the defense of her country, she did not substantively contribute to the advancement of sovereignty.

A trajectory of Chinese aggression, eliciting a people-pleasing response from Tsai, has been repeated over the course of 2019, leading up to the election on January 11, 2020. The One Country, Two Systems doctrine’s failure in Hong Kong, which predicated subsequent protests, has created a situation in which Tsai’s rejection of the doctrine is not politically conscious or shrewd. Rather, it is imperative for Taiwan’s future as a separate, sovereign nation. Tsai’s stance on China, which Western media would suggest won her the election, is merely fulfilling a basic prerequisite for a position as the chief defender of a nation under a constant existential threat. This blatant misinterpretation underscores a history of Western political misunderstanding and Orientalism.

Before the protests in Hong Kong captivated the minds of the Taiwanese electorate, a central issue in Taiwan’s domestic politics was Tsai Ing-Wen’s mishandling of the economy. Tsai sponsored fairly progressive policies but was also cast with the responsibility for a near-shortage of electricity in the name of promoting alternative energy sources. Similarly, her endorsement of a two-day respite from work for all workers came with the association of the policy with negatively influencing worker earnings and holidays. Average GDP growth in Tsai’s first term was lower than her predecessor’s, who had governed during the economic recession in 2008, and average monthly salary in Taiwan remains the same as it was 16 years ago, taking inflation into account. In late 2019, Tsai’s pension reform policy, perhaps one of her most notorious efforts as president, and low wages dragged her approval rate to around 15 percent.

Tsai’s economic failings reach beyond domestic policy; 40 percent of Taiwan’s exports are still mired in dependence on China. Foreign investments and workers are also chiefly directed towards China, reducing Tsai’s promises to disentangle Taiwan’s economy from China’s. This exposes Tsai’s defense of Taiwanese borders as grandstanding without economic implementation. While Taiwanese people are economically resilient and have found new ways to thrive under the threat of Chinese aggression, government support of these efforts is equally as important as national defense.

Even as an incumbent, achieving the nomination of the DPP was a struggle. Tsai’s domestic unfavorability prior to the Hong Kong protests was only remedied due to the implicit call for a Taiwanese response in Beijing’s aggressive rhetoric, underscoring the notion that her presidency had very little inherent substance, outside of a satisfactory response to China.

Exacerbating the difficult decision facing Taiwanese voters, the KMT candidate for the presidency, Han Kuo-Yu, was widely viewed, according to a source familiar with his campaign, as inexperienced and spineless. Han Kuo-Yu’s inadequacy removed electoral agency for many, who felt conflicted as to Tsai Ing-Wen’s viability but ultimately selected her due to Han’s lacking candidacy. Tsai’s election, especially in view of Han’s ineptitude, can be seen as a political inevitability rather than a ringing endorsement of Tsai’s presidency.

Considering Tsai’s general unpopularity, Western media has conflated her defense of Taiwan against China with presidential success. Foreign Policy described the January election as “a referendum on Taiwan’s identity,” mentioning Tsai’s prowess in presenting a future for Taiwan as independent from China without accurately describing her domestic shortcomings. While the interpretation of Tsai’s strategy as a linkage with Hong Kong in order to imply to voters that she is Taiwan’s only hope at remaining autonomous is correct, it is a drastic misrepresentation to discuss her campaign without considering its domestic policy failings. BBC described Tsai’s victory as “a snub to Beijing;” it could more accurately be considered a last resort. Taiwan’s national identity certainly contributes to its economy, but it does not fill the chasm of a functional, economically ambitious government. An op-ed in The New York Times portrayed the Taiwanese election as a referendum on Beijing’s economic influence on individual Taiwanese people, implicating the Taiwanese electorate as the driving force behind an economic movement to remove Chinese influence from Taiwan’s role in the global free market. There is certainly a correlation between aggression-induced patriotism and reinvestment in Taiwan’s economy by its people, but this does not replace the need for attention to be called to Tsai Ing-Wen’s failings and the consideration of Taiwan’s domestic future. This article was written by a Taipei-based sociologist for a Western audience, depicting the disconnect between media Americans consume in regards to Taiwan and the reality of its predicament.

In direct contrast with the Western perception of Tsai’s victory, Taiwanese citizens are alarmed at the economic implications of her election. The aforementioned source, who is familiar with the election, mentions that the Taiwanese people are heavily conflicted as to Tsai’s governance. While it is clear the DPP is maintaining Taiwan’s political stability more efficiently than the KMT, the source describes the economic situation as “desperate.” The DPP’s interactions with China have stagnated Taiwan’s own economy. They portray Taiwanese citizens’ economic agency as individual, rather than dependent on government. There is no conception of the reliability of the DPP government in terms of protecting the island’s economic future.

Implications of American Discourse on Taiwan

Racial implications abound for the United States’ contribution to a widespread fear of China. This fear has been created in part by the American view of and militaristic defense of Taiwan in accordance with the Taiwan Relations Act, which has caused aid to Taiwan to be primarily military. Discrepancies between American military aid in Taiwan and its more pertinent economic needs, as a bastion of free markets in the region, reflect a decades-long conflict between the West’s simplistic view of Asia and its complexity. The study of Asia became pertinent in the Western world out of strategic interest, and this Orientalist view is apparent in the specific instance of the Taiwanese election.

When the Taiwanese election is portrayed as a domestic process influenced solely by Chinese aggression, rather than a multifaceted clash between internal productivity, ineffective government and foreign policy ideals, the resulting reduction contributes to oversimplification in Western rhetoric about East Asia.  In forming a narrative within news media that repeatedly constructs China as an ugly, nationalist entity, the United States not only misrepresents China’s regional centrality, erasing narratives of smaller nations, but perpetuates xenophobic rhetoric within the United States. China-centric coverage of Taiwanese politics stems from these toxic roots, forming a base of media representation that removes the opportunity for a proper understanding and substantive support of Taiwan.

Taiwanese citizens are cognizant of Western discourse on Taiwan. A Taiwanese interviewee mentioned that Western visibility of Taiwanese political issues is essential to productive international aid. In order to curtail China’s economic hegemony in East Asia, Taiwan must receive substantive economic aid to sustain its economy. The task of ensuring that discourse on Taiwan leads to effective international aid falls to Western media, as China’s authoritarian thumb actively suppresses accurate news about Taiwan. Western media has failed. When there is a global misunderstanding of Taiwanese politics as merely focused on independence from China, it is impossible for the international community to adequately respond to Taiwan’s economic needs, diminishing Taiwan’s integral role within the international economic community.

Taiwan’s people and markets are free. If the dominant Western conception of Taiwan’s political activity remains delusional and reductionist, that may not be true for the next generation of Taiwanese citizens.