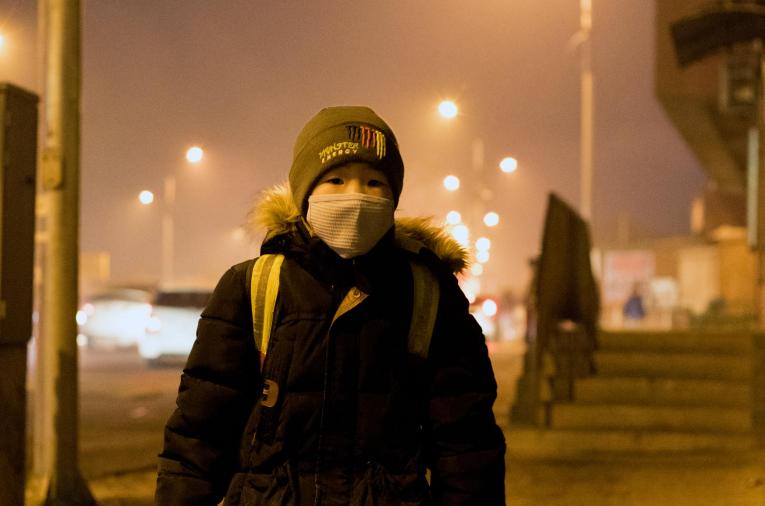 If you ever were to go to Mongolia and take a tour around the capital, Ulan Bator, you would likely need to bring a mask with you. In the period from July 2018 to July 2019, the city experienced unhealthy levels of air pollution almost every other day. It is known for having some of the world’s most contaminated air. The pollution mainly derives from household usage of coal, which is also the country’s largest export. The country views itself as a future Asian Tiger and has promoted its ‘Wolf Economy’ as an engine for national economic growth. Sadly, Mongolia’s main source of economic growth is also the source of air pollution in the capital. The country’s ongoing debate between economic growth and sustainability has finally caught up with Mongolian legislators. It is a catch-22, in which the country cannot advance economically through sustainable means unless there is a complete shift in its economy.

With smog worse than Beijing and New Delhi, Mongolia is currently experiencing a health crisis. According to the World Health Organization (WHO), over seven million people around the world die every year as a direct result of air pollution. It is a problem that is hard to escape, as air is not something you can contain or direct elsewhere. The main problem is that mountainous terrain that surrounds the capital traps the smog, causing the Air Quality Index (AQI) to skyrocket. The AQI is exceptionally high in the winter months as the mostly lower-income residents burn coal to insulate heat for the winter. The government has offered subsidies for more-efficient wood and coal burning stoves and even provided free electricity at night in some districts. However, these solutions are only temporary and do not do anything to undo the negative externalities caused by the usage of coal. According to UNICEF Mongolia, the high levels of air pollution hinders children’s cognitive development, which in the long-term can bring a multitude of problems for Mongolia when trying to create an educated and skilled work-force. The health crisis is bringing attention to Mongolia’s poor state environmental practices; however, what many fail to understand is that Mongolia’s dependency on exporting primary commodities keeps it stuck in this polluted state.

The relationship with China

Being a landlocked country, Mongolia has been dependent on its only two neighbors, Russia and China. During the Cold War Era, Mongolia (as a People’s Republic) had close ties to the USSR and the Soviet bloc. However, in 1992 this changed, and since then the Mongolian government has been determined to maintain friendly relations with both Russia and China and not favor one over the other. While this may be true in terms of political affairs, economically, the balance is extremely skewed. Around 80 percent of Mongolian exports go to China, and the largest export sector comes from mineral products (coal, copper, tin, etc). At the end of 2018, Mongolia experienced a 6.9 percent growth in GDP; however, to view this in an entirely positive light would be faulty. Lakshmi Boojoo, the director of the independent think tank ‘Economic Policy and Competitiveness Research Center in Mongolia’, said that higher commodity prices and improved domestic demand in mineral products are the main engines behind Mongolia’s recent economic growth. Meanwhile, the increase in export revenue is incentivizing Mongolian mining companies to maintain or even expand their operations to satisfy the increasing demand. The imbalance in the economic relationship with China is keeping the country trapped. It is dependent on Chinese consumption of coal to maintain export revenue, and the low-income, rural majority of the country prohibits it from replacing the mining industry with any other prominent sector. Hence, Mongolian legislators are facing three pressing issues: Air pollution, a health crisis, and the maintenance of the Wolf Economy. As of now, it seems that the country is unable to solve any of the issues without experiencing some drawbacks relating to the two others. However, its previous lack of action is starting to have severe environmental consequences.

The extreme weather, ranging from mild to severe winters, has primarily affected nomads living in rural areas. One example of these nomadic peoples is the Tsaatan tribe, residing in the northern part of the country, south of Siberia. In 2011, the Tsaatan requested protection from the Mongolian government. The government granted their land special protection, canceling all mining licenses in the region. However, due to the harsh weather conditions all over the country, over 600,000 people from rural areas have migrated to the capital. The severe weather, coupled with the booming mining industry, is aggregating the main issue at hand: negative externalities. Mongolia is the classic example of a post-Soviet republic in the sense that its economic growth disregards the environmental consequences. In theory, Mongolia could hope that its current economic growth will lead to a shift in its economy, making it more service-based. However, as previously seen, the lack of diversified exports makes this unlikely. We can see Mongolia’s growth as a wake-up call to not neglect the need for sustainable economic growth. If legislatures around the world do not actively prioritize the climate, we will likely see more cities in the developing world resemble Ulan Bator.

While Mongolia is trying to pursue reforestation policies, protect rural areas, and subsidize fuel alternatives for the cold winters, there is only so much the country can do with its current dependency on coal. The international community could try and reduce coal usage by helping the Mongolian government improve access to alternatives to coal for individuals. However, with a booming economy dependent on mining, there are little incentives for the government to do this. What the world can take from the Mongolian catch-22 is to learn from its negative spiral. Avoid dependency on coal as a primary commodity and prioritize the idea of a ‘green GDP’ when debating how to achieve economic growth.