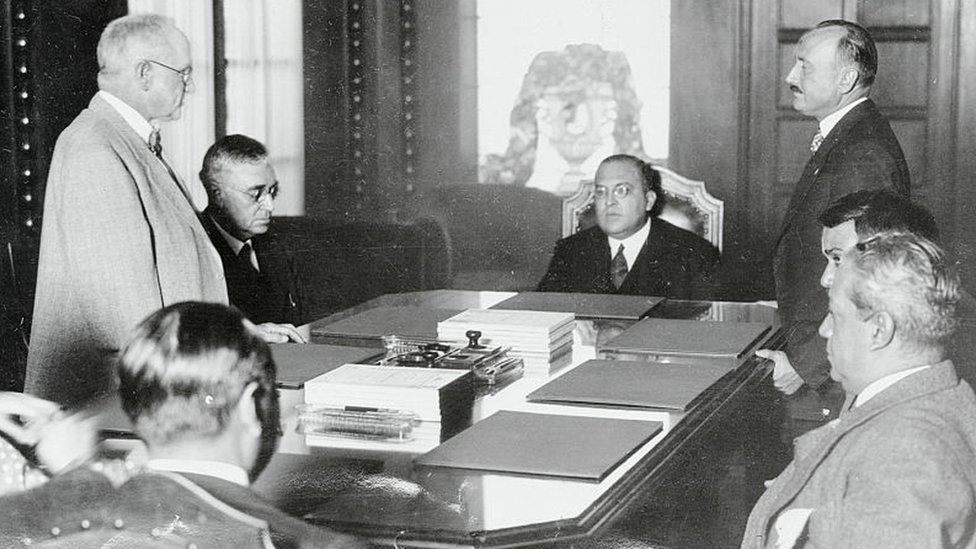 To the Left, To the Left: Mexico’s Return to an Old Foreign Policy Doctrine

When former Bolivian President Evo Morales sought refuge in Mexico due to his growing unpopularity at home last November, most media outlets understandably focused on the ramifications of this event for Bolivia. The event, however, was also highly significant for what it said about Mexico. Since the election of President Andrés Manuel López Obrador, popularly known as AMLO, in July 2018, Mexico has returned to its tradition of non-intervention in the affairs of other countries, particularly when it comes its authoritarian left-leaning neighbors in Latin America. Mexico’s acceptance of Morales is just another indication that it intends to continue pursuing this policy to the detriment of human rights and liberty abroad.

From Estrada to Castañeda

Mexico began its practice of non-intervention with proclamation of the Estrada Doctrine in the 1930s. Then Secretary of Foreign Affairs Genaro Estrada declared that it was insulting to declare one government legitimate while refusing to recognize another. The Estrada Doctrine meant that Mexico would refrain altogether from criticizing the internal affairs of other countries or denouncing foreign leaders as illegitimate. This doctrine guided Mexican foreign policy for most of the 20th century. The few exceptions, such as the breaking of relations with Franco’s Spain and Pinochet’s Chile — both right-wing dictatorships — only served to prove the rule.

In 2000, however, the long-reigning Institutional Revolutionary Party (PRI) fell from power, and with it fell the Estrada Doctrine. The administration of the new right-wing populist president, Vicente Fox, criticized the PRI’s foreign policy for not addressing human rights and staying neutral in the face of authoritarian governments. Under the Castañeda Doctrine, named after Fox’s Secretary of Foreign Affairs, Jorge Castañeda Gutman, Mexico took a more active role in promoting a liberal world order, successfully gaining a temporary seat on the UN Security Council in 2002 and distancing itself from the authoritarian regime in Cuba. Mexican presidents after Fox continued this trend as they engaged more with Mexico’s regional neighbors.

From Castañeda to Estrada

The election of López Obrador in 2018 brought Mexican foreign policy back to the principles of non-intervention. For the first six months of his presidency, López Obrador did not make a single diplomatic trip abroad, in contrast to his predecessor, who made ten trips in his first six months in office. He also failed to attend the June 2019 G20 summit in Osaka, instead sending his foreign minister in his place. Both these absences indicate that López Obrador is clearly retreating from the active foreign policy first established under the Fox administration. Furthermore, during the election campaign, López Obrador proposed figures like Héctor Vasconcelos, who suggested that defending human rights in countries like Venezuela amounted to interference, and Alicia Bárcena, who claimed that Fidel Castro prioritized the “essential wellbeing of his citizens”, for top foreign affairs posts. Though neither of these officials were actually appointed to posts in López Obrador’s government, their views have clearly been reflected in Mexican foreign policy.

In January 2019, for example, Mexico was the only country in the Lima Group, comprised of a dozen Latin American countries, not to call on Maduro to step down as leader of Venezuela. This decision put Mexico outside the general consensus in Latin America and in the same camp as left-leaning countries like Nicaragua and Morales-governed Bolivia. (Following the departure of Morales, Bolivia has since become a member of the Lima Group.) López Obrador even invited Maduro to attend his inauguration in December 2018, a clear statement that Mexico did not intend to put pressure on the Venezuelan regime. Mexico has also strengthened relations with Cuba, as López Obrador met with Cuban leader Miguel Díaz-Canal last October to discuss plans for regional development.

Mexico’s decision to bring Morales into the country now links Mexico to a third controversial leftist Latin American leader. While Mexico does have a tradition of offering asylum to exiled leaders in the past, such as Cesar Sandino, namesake of the Sandinistas, and Leon Trotsky, López Obrador’s decision is still meaningful beyond simply extending this tradition. It signals that Mexico is willing to support someone whom ex-President Fox criticized as a “persona non grata in Mexico”, and a leader who sought to revise Bolivia’s constitution so he could cling to power for a fourth term.

Ultimately, Mexico is not a major power in the way that the US or even Brazil is in Latin America, meaning that its foreign policy is unlikely to have a decisive influence in regional politics. Mexico’s decision to abstain from condemning Maduro was not the key factor that allowed him to stay in power. At the same time, though, with the 10th largest population and 11th largest GDP (PPP) in the world, Mexico is not a minor country, nor are its actions insignificant. Mexico’s inaction regarding human rights and democracy lends tacit support to authoritarian regimes in Latin America, giving them further legitimacy on the international stage.

Furthermore, Mexico’s actions set a precedent that other countries in the region could soon follow. The early 2000s saw what was known as the “pink tide” wash across Latin America as leftist governments took power in countries like Brazil, Argentina and Chile. While the wave seemed to have dissipated by the early 2010s, there has been a resurgence in recent years. In addition to the election of López Obrador in 2018, Panama also elected a new left-wing government in May 2019 while Peronist candidate Alberto Fernández replaced centrist Mauricio Macri as president of Argentina last December. Incidentally, Fernández welcomed Morales to Argentina just two days after taking office, though not because of any hostility from Mexico — shortly after arriving in Argentina, Morales tweeted his “eternal thanks to president López Obrador, to the people and to the government of Mexico” for the month he spent there.

Politics is fickle, and it is impossible to forecast whether these few elections signify another regional shift to the left. The rise of fellow left-leaning countries in the region, though, all following Mexico’s example, would certainly diminish the authority of regional groups such as the Lima Group and the Organization of American States, which have historically been vocal critics of left-wing governments in places like Venezuela and Cuba. Contrast, for example, López Obrador’s principle of “Cooperation yes, intervention no” with this statement from Luis Almargo, secretary general of the OAS: “Values are the raison d’être and the moral compass for any decision or action taken by the OAS.” The orientations to the outside world expressed by these two figures lead to quite different strategies regarding illiberal regimes. A shift in Latin American countries to foreign policies centered around non-intervention rather than promoting values would almost certainly leave authoritarian governments with greater freedom to pursue their interests. Thus, while Mexico may have a long tradition of non-intervention policies, they are policies that are perhaps better left in the past than once again passed by the left.