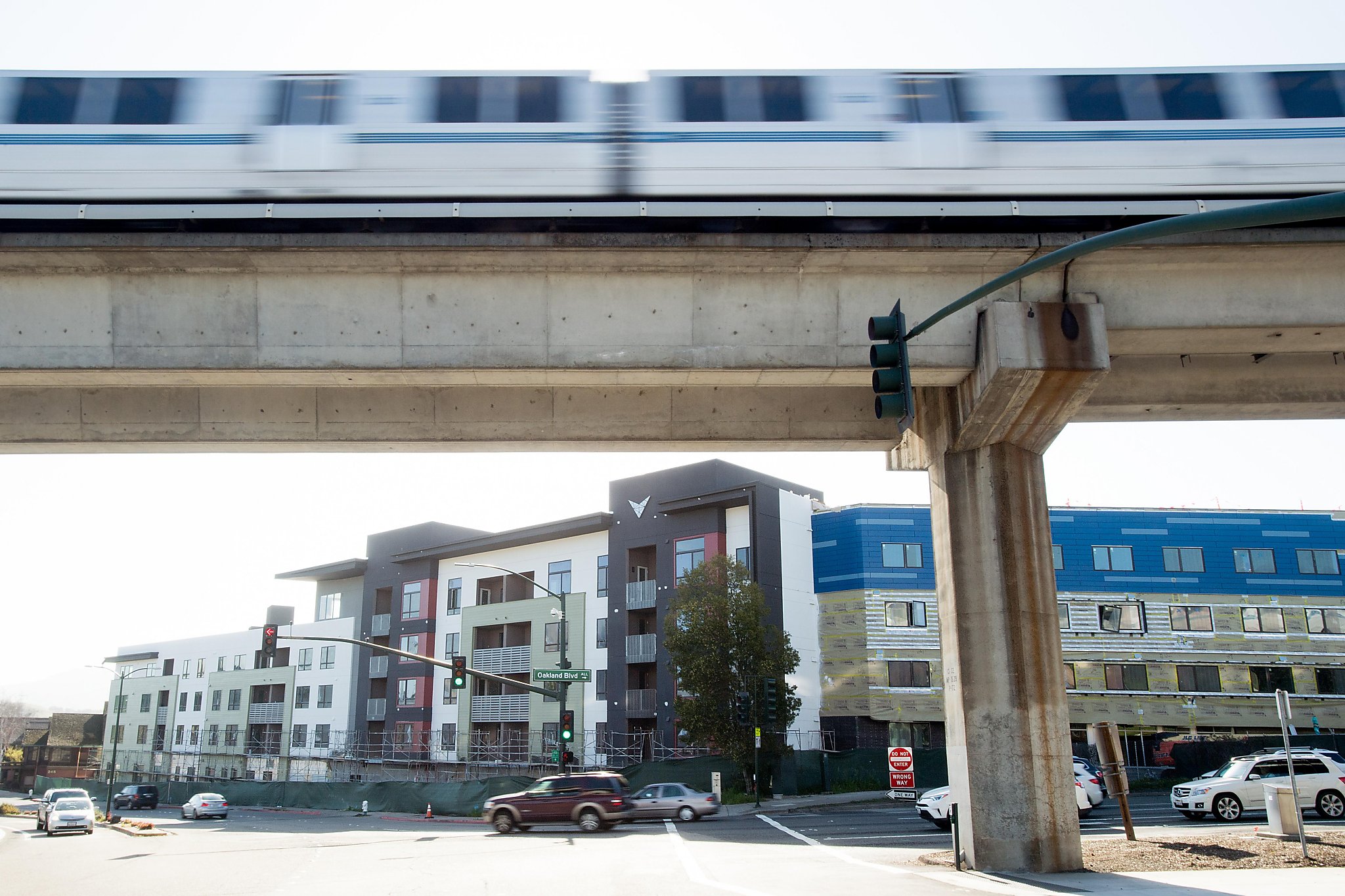 It is no secret that California has a monumental and expanding housing crisis on its hands. In fact, for Californians experiencing it, it has become glaring and inescapable in daily life. And yet, on Thursday, January 30th, landmark housing bill SB-50 failed to pass in the California State Legislature. This marks the third consecutive year the California State Senate has rejected the measure, which aimed to address this steadily growing issue. The bill, authored by Senator Scott Weiner (D-San Francisco), sought to raise height limits around mass transit lines, fast track permitting for multifamily housing developments and allow for denser development in high-income areas.

According to a survey conducted by the Public Policy Institute of California, 89 percent of Californians view housing affordability as a sizable problem. This percentage increases well beyond 90 percent in the denser coastal areas of California, where SB-50 would have had the largest effect. Californians can seldom gallivant urbanized downtown areas without crossing a seemingly ever-increasing, and intricate, outdoor encampment built by those experiencing homelessness. As reported by the United States Interagency Council on Homelessness (USICH), nearly 130,000 residents live unsheltered in California. Though California’s electorate has reached a consensus that next to the economy, the housing and homelessness crisis is the state’s most pressing issue, California state representatives are failing to enact any legislation that tangibly results in more affordable housing. How could a bill that aims to enable the construction of more housing fail so repeatedly?

While on the campaign trail, Governor Gavin Newsom pledged an ambitious housing development goal of 3.5 million new homes by 2025, which would set a pace not seen since the 1950s and would be six times the current pace. It was certainly a win-win policy to advocate for on the campaign trail, as homelessness has visibly increased correspondingly to housing competition. Homelessness grew 16.4 percent statewide from 2018 to 2019. Of the reported 130,000 residents living unsheltered, 41,000 are experiencing chronic homelessness of which 12,000 are unaccompanied young adults (aged 18-24). More alarmingly, USICH reported nearly 250,000 public school students experienced homelessness over the course of the 2017 school year. Any community would be hard-pressed to find a marker indicating a more glaring societal failure.

California renters have not been void of unprecedented hardship in staying sheltered either. Over the past 5 years, California’s average rent has increased 41 percent, a significant jump from the average of 27 percent increases of half-decade periods for the past 50 years. According to the LA Times, these figures are as high as 70 percent in densely populated areas.

Prospective homeowners in California are unable to escape the effects of a lack of housing availability; since 2009, California home prices have shot up 120 percent while the national average sits at only 60 percent. The causes of these figures are complicated and debated; however, the Great Recession of 2008 pushed many builders out. This resulted in in California producing only 8 percent of the nation’s new residential units since 2010, while the state has created 15 percent of the nation’s new jobs during that time. Simply put, more people and more jobs, but a dwindling rate of building. The scope of the problem is nothing short of catastrophic.

The solution to a problem of such a mass scale requires not only strong and decisive but — more importantly — unified leadership. Though there is a consensus among California voters and legislators that a housing crisis exists, the dispute over how best to handle this issue has caused political gridlock, hindering the possibility of tangible solutions. This is a process Governor Newsom has not been exempt from nor remedied a solution for. Newsom’s campaign trail pledge of more housing was favorable and popular but was unaccompanied by a plan for “how.” The Governor released a budget proposal on January 8th that included $1 Billion in state funds to address the homelessness crisis. The proposal includes $750 million to create a new California Access to Housing and Services Fund (CAHS) to “tackle multiple goals for the state’s population,” including paying rent for those who face homelessness as well as supporting “regions to bring on more dwelling units.” However, this is a move that provides political cache for Newsom more than long term relief for displacement, as it is a one-time fund.

Interestingly, in 2018 Newsom opposed Proposition 10, which sought to repeal the 1995 Costa Hawkins bill that restricted rent control on properties built after its passing. It is starkly hypocritical to oppose a bill that limits price gouging for rental units then propose a budget allocating general funds to help pay rent for tenants living in those overpriced units. Furthermore, it lacks the directional continuity necessary for any plan to effectively address housing affordability.
There could very well have been a political incentive for Governor Newsom to oppose a rent control bill while on the campaign trail. However, as Governor, his support for SB50 was largely absent. SB50 sought to build taller and denser housing and more of it, particularly in areas of need surrounding dense transit locations. The logic was simple: more housing in areas experiencing a housing shortage crisis. Governor Newsom merely said he supported “the spirit” of the bill but never officially endorsed it.

A lack of concrete executive leadership left the state senate floor open for a continued divide on the issue. The housing issue, with SB50 as the latest conduit, has split legislators along geographic and ideological lines rather than political ones. Senators representing denser, coastal regions in Northern California and Silicon Valley voted in favor of the bill, while those representing less populated, particularly high-income areas voted against it.

Perhaps the loudest outcry of opposition for the bill has come from high-density Southern Californian regions. Representatives and constituents alike in Los Angeles, which has experienced skyrocketing rates of homelessness, expressed significant concern of intensifying gentrification and local displacement.
Though it seems logical that building more housing addresses a lack of housing, SB50 would require only between 15-25 percent of any developments built to be affordable housing, and only if the project is larger than 10 units. Senator Maria Elena Durazo, D-Los Angeles, bluntly said “Let’s call it what it is … It’s a market housing production bill”. Advocate groups joined in the outcry concerning the ethical effects of SB50. Alliance for Community Transit – Los Angeles, in conjunction with a coalition of 27 housing justice groups and public interest law firms, wrote a letter to Senator Weiner expressing its grave concerns about the inherent displacement that would accompany the laws passing.

Simply put, the debate is pulled in multiple directions due to a plethora of viewpoints: those who feel the solution is more housing of any kind, those who acknowledge the clear need for more housing but do not want the landscape around them to change, and those who also acknowledge the need but insist the legislative priority needs to be whom this housing would be for. These concerns resulted in Senator Weiner adding last-minute amendments that sought to ease some of these concerns but to no avail; the bill failed to obtain the 21 senate votes needed, with 18 yes to 15 no votes, including 6 abstentions. The result seems to aptly mirror legislators’ and voters’ attitudes: a near split of yes and no  and a sizable portion being unsure and frozen from acting.

California is suffering not only from a housing crisis but one of a severely ideologically dispersed legislative body tasked with addressing housing access in the diverse state. With individual legislative members beholden to their constituents’ specific interests and less concerned with the state’s greater good, leadership needs to come from our executive office. A governor who merely agrees “in spirit” with bills seeking to address housing availability will produce the same ineffective results seen by Californians; instead, we need strong leadership and a unified legislative body to address this increasingly burdening crisis. If Californians want meaningful action, they need to hold the Governor and the legislature accountable at the ballot box.