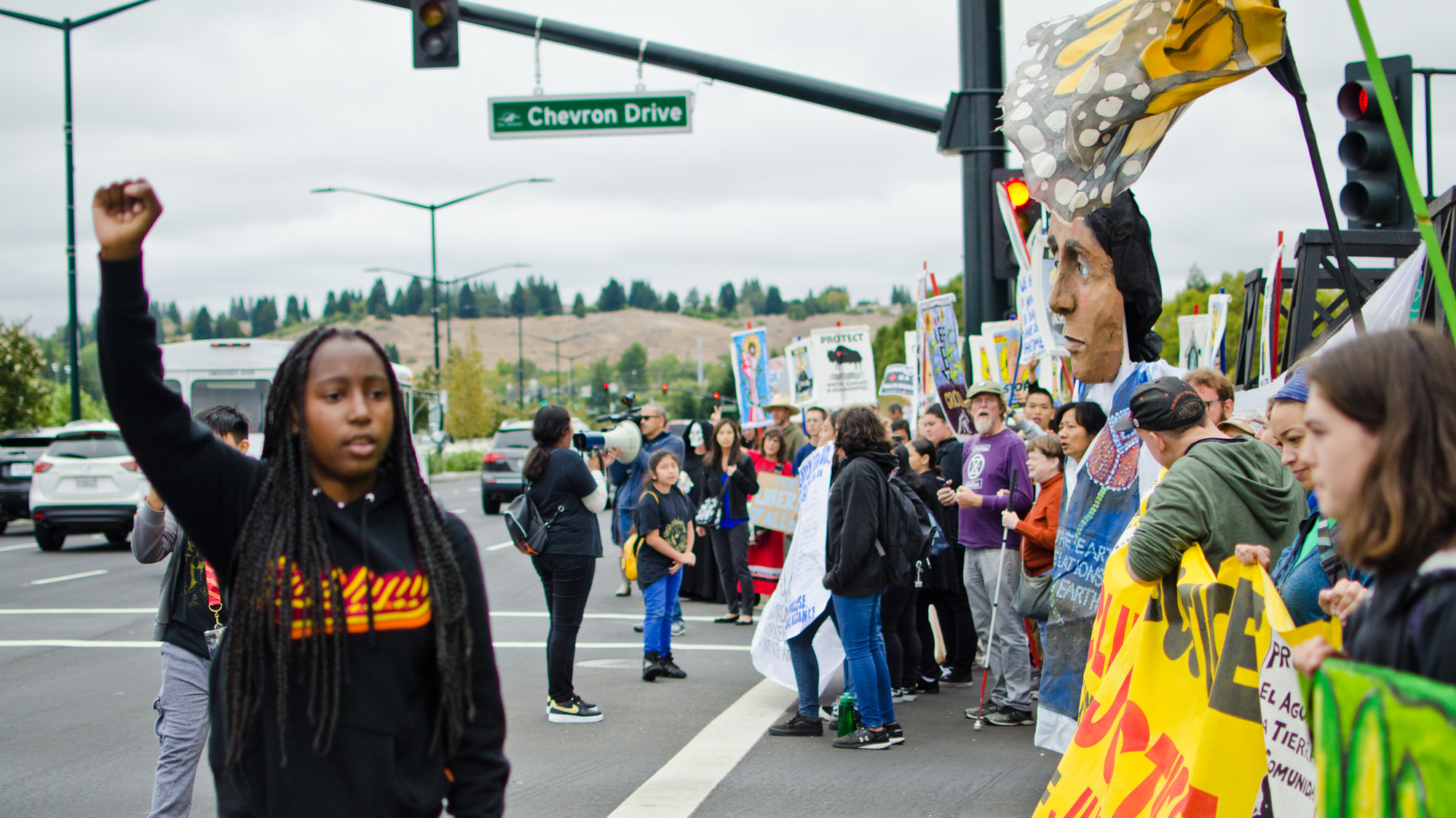 The Color of Climate Change

The incarcerated Black bodies, once leased from prisons to coal companies, are now buried in the rubble of our mines. The Black children, who look out of their bedroom windows at oil refineries, are ten times more likely to die from lung complications than white children. And yet, in the widely popularized story of climate justice, Black voices are shockingly absent from the narrative.

The US coal industry was built by slavery and, after the Civil War, fueled by convict leasing. Loopholes within the thirteenth amendment allowed for the re-enslavement of freed Blacks through legal channels; slavery had been made unconsitutional “except as a punishment for crime.” The broadness of vagrancy laws during the Jim Crow era resulted in widespread wrongful incarceration of African Americans that would then be leased to corporations. Tennessee Coal, Iron & Railroad Co., one of the primary exploiters of convict labor, placed these Black workers in extremely dangerous and unsafe conditions. In the sparsely ventilated mines, thick coal dust lined their lungs as they worked, destroying their lung tissue over time. Many of the incarcerated, unpaid labor force developed pneumoconiosis or black lung disease and were often fated to an early death. Mortality rates among them rose to 45 percent. The remains of the Black workers that died on the job were incorporated into the ground surrounding the mines, their stories buried beneath the rubble. As coal continues to pollute our world today, we cannot forget that this flourishing American industry was propped up on the exploited lives and forgotten deaths of these Black laborers.

In an attempt to escape the horrors of the Jim Crow South, many African Americans came to California in the early 1900s to follow emerging industries yet still found themselves at the bottom of economic and social hierarchies. In reaction to the increasing Black population, the Federal Housing Association responded by creating racially-zoned district maps indicating specific districts in which minority buyers were to be refused home loans, a process now known as redlining. As people of color were increasingly isolated into dilapidated and industrially-polluted districts, racial segregation and fierce economic disparity became ingrained in California’s geographical distribution.

Today, this legacy persists. In California, 81 percent of those living within three kilometers of hazardous waste facilities are people of color. Minorities did not intentionally put themselves in harm’s way by moving into polluted areas — they did it because they had nowhere else to go.

Overtime, these communities of color were continuously denied resources, making economic and social mobility within these areas impossible. In Richmond, California, people of color were pushed into North Richmond, an area dominated by oil refineries, ports, and chemical companies. Currently, people of color account for around 70 percent of Richmond’s population. So when the Chevron refinery in Richmond released nearly 600,000 pounds of toxic chemicals into the air and water, who suffered the consequences? There can be no honest conversation about climate change without acknowledging the Black and Brown communities that polluting industries continue to view as disposable.

Aniya Butler is a thirteen year old activist from Oakland working with Youth vs. Apocalypse (YVA), a movement focused on empowering youth of color to fight for an equitable and sustainable world. At just thirteen, Aniya describes herself as an activist, a poet, a published author and an athlete who has played both basketball and football. In an interview with Aniya, I asked her to tell me her story about the racialized climate impact in her community. In the beginning of our conversation, she apologized for coughing while she spoke. Later, she told me she has dealt with lung complications her entire life: “I started preschool when I was two, but most of the days I missed because I was either in the hospital or sick.”

Aniya grew up in an area of Oakland suffering from high rates of air pollution. As a child she suffered from asthma and had to go to the doctor multiple times a month. Her family kept her home from trips because they were worried about her breathing. She recalls days in kindergarten when the air quality was too poor for her to be outside given her health conditions. “I thought it was only me,” she said before explaining that similar health issues are affecting a significant portion of people in her community, which is mostly people of color.

Today, Aniya has to take her inhaler before every game she plays, but she doesn’t let it stop her. In fact, when she called me on the phone, she had just come home from winning a basketball game.

Aniya, despite everything she has endured, is not struggling to tell her story. She is an accomplished activist and poet fighting injustice through her powerful writing and her work with those who experience climate racism. Throughout her thirteen years, Aniya has been assembling an honest narrative of what it is like to be a young climate activist and a person of color in America. But despite everything she has to say, Aniya and others like her are struggling to be fully heard by the movement.

Aniya works with YVA on campaigns that uplift minority voices and pressure politicians into making effective change. The “No Coal in the Bay” campaign is working to prevent a “massive, climate-destroying” coal terminal from being built in West Oakland, an area overwhelmingly inhabited by people of color. YVA is focused on creating an environmental movement that is led by and fought for people of color in these communities. Acknowledging the racial lineage of the climate crisis is essential to combating it on a policy level.

For many young people in the Bay Area, climate activism has become something of a trend. But while many are saying no to plastic straws and bringing reusable coffee cups to Starbucks, who is checking on the health and well-being of West Oakland? Or Richmond? Who is fighting for the children of color who can’t play outside because of the air quality? And most importantly, who is listening to what they have to say?

In the fight against climate change, where white activists and policymakers dominate the movement, the most severely suffering voices are muffled. White activists have been given a platform not afforded to these communities, but they should not use that privilege to speak for them. They should use that privilege to bring minority voices to the forefront. There are thousands of Black and Brown Greta Thunbergs, like Aniya Butler, who are struggling to have their voices heard by the whole of the movement.

Here we stand, in the eleventh hour of the climate crisis, and there is another half of this story already being told — we just have to start listening.

Maya is a staff writer for the California Section of the Berkeley Political Review. She is a pre-law student majoring in Political Science with a special interest in social justice, law, and public policy.