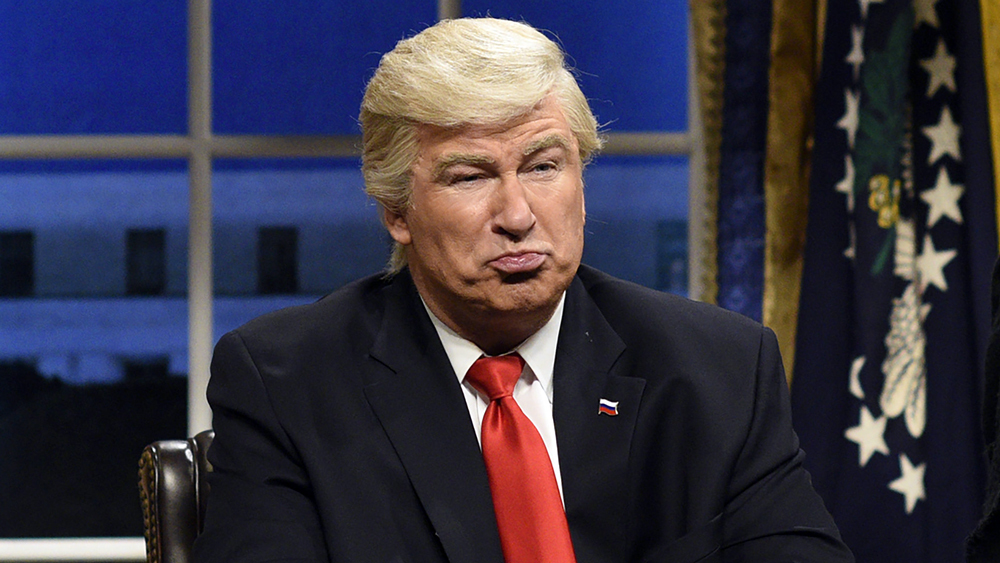 The Polarization of Late Night Comedy

It is 2017, and Former Press Secretary Sean Spicer rolls a podium out onto the bright lights of the Emmys Awards Show stage in the midst of Stephen Colbert’s monologue. Spicer cheekily proclaims “this will be the largest audience to witness an Emmys — period — both in person and around the world.” Colbert looked at the audience, his voice wrought with sarcasm “Wow, that really soothed my fragile ego, I can understand why you’d want one of these guys around.” The bit is, to say the least, not well received. CNN White House correspondent Kaitlan Collins tweets  “Is it supposed to be comical that the former White House spokesman is now tacitly admitting that he lied to the American people?” This particular bit may have teetered too close to the brink of not-harmless political indiscretion, but Colbert’s profound implication that the President had his Press Secretary lie to the American people is indicative of a broader cultural shift occurring on the late-night comedy scene.

Moments like this and comedians like Colbert have been at the epicenter of fueling the industry’s transformation since the election of President Trump in 2016. Although Colbert and Jon Stewart have been known for their explicitly liberal and incisive political commentary for years, a rising tide of others like Jimmy Kimmel, Samantha Bee, John Oliver and Seth Meyers are beginning to follow similar paths, morphing the industry into what CNN media analyst Bill Carter calls the “voice of the resistance.”

To fully grasp this present state, one must revisit the norms that preceded it. In years past, networks almost seemed to require a degree of non-partisanship, or when they leaned left, they always made a point to mock their own side as well. It was up to the viewer to decide which jabs hit harder. In a 2012 interview with Regis Philbin, David Letterman speaks candidly on this, saying, “a case could be made that we are leaning one side or the other, but it’s not driven by anything more serious than who’s easier to make fun of.”

This sense of impartiality has vanished from the modern late-night landscape. Mr. Carter, again, argues, “There’s no example of any kind of sustained attack like this on a politician. There’s a horde of writers writing jokes about Donald Trump every single night.” While one could argue that this may be no different than just following the material like those before them, there is a sense of intellectual and moral superiority at play here that is unique to the present era and extends beyond the bounds of attacks on the President to include Republicans at large. A clip from John Oliver’s Last Week Tonight encapsulates this perfectly when discussing the topic of abortion. He cites a 2016 Gallup poll that indicates all but nineteen percent of Americans support legal abortion under at least a few circumstances after which he proceeds to say, “if you are in that nineteen percent, you are frankly excused from watching the rest of this…but do rejoin us at eleven twenty nine because once I’m done talking about this, we’ll all be watching a video featuring a bucket of sloths…and I promise you it is almost violently delightful.” This kind of rhetoric infantilizes those with whom the comedian might not agree and positions himself and his fans as intellectual superiors.

Jokes like these have become almost universal across late-night shows, perhaps motivated by a combination of ratings and real conviction. In the context of historically unprecedented political polarization and the President’s more universally condemned moments (i.e. the “grab em by the pussy” comment, the over 16000 false or misleading claims he has made while in office, his reference to African nations as “shithole countries” and the ten instances of possible obstruction of justice outlined in the Mueller Report, among other things), it is impossible to ignore the real political turmoil that has moved many of these late night hosts to become more outspoken. In invoking this point, Jimmy Fallon’s monologue following the white supremacist march in Charlottesville comes to mind. In an uncharacteristically intense moment for the generally apolitical comedian, Fallon says he feels as if it is his, “responsibility to stand up against intolerance and extremism as a human being.” He pauses, then continues, “what happened over the weekend… was disgusting.”

This all prompts the question: why does this matter? It’s just comedy. But the impact of this industry is more powerful than one might assume. In a study published by Oxford University Press, data analysis from the 2000 presidential campaign demonstrated potential for late-night comedy to influence its viewership. Particularly, “viewers were more likely than non-viewers to base their evaluations of George W. Bush on character traits after he appeared on The Late Show with David Letterman.” In the week after Bush’s appearance on the show, “viewers’ favorability rating was significantly higher than non-viewers’.” Another experiment conducted by a Communications Professor at the University of Madison-Wisconsin revealed that “consumption of political satire that targets one’s outgroup does increase political efficacy”, while another posits that political satire can prompt strong negative emotions, making audiences frustrated with the government and motivated to engage in political action. These shows matter. They affect their audience’s opinions, perceptions of their role in democracy and motivation to engage in it.

That aside, it is pretty clear to see the consequences of comedy and how it has intensified in this increasingly polarized comedic climate just by attempting to understand how a Republican would experience these shows. A writer from the Atlantic summarizes this most adeptly, arguing when Republicans see these jokes made by “Jimmy Kimmel, Stephen Colbert and Seth Meyers — they don’t just see a handful of comics mocking them. They see HBO, Comedy Central, TBS, ABC, CBS and NBC. In other words, they see exactly what Donald Trump has taught them: that the entire media landscape loathes them, their values, their family and their religion”.

From Alec Baldwin’s impersonations to Pete Davidson’s mocking of war veterans and now Congressman Dan Crenshaw, the persistent dismissal of any and all forms of conservatism by the late-night community has effectively alienated Republicans and instilled into the minds of liberals that they are both smarter and morally superior. This does not help create a climate for productive political dialogue, something America is in desperate need of. So while I may enjoy my fair share of late night binges of SNL clips, this intense animosity and outright rejection of conservatism at large occurring on comedy stages may be feeding into a dangerous cycle of boomeranging polarization.

Grace Chopra Whitten
More from The ReviewMore posts in The Review »