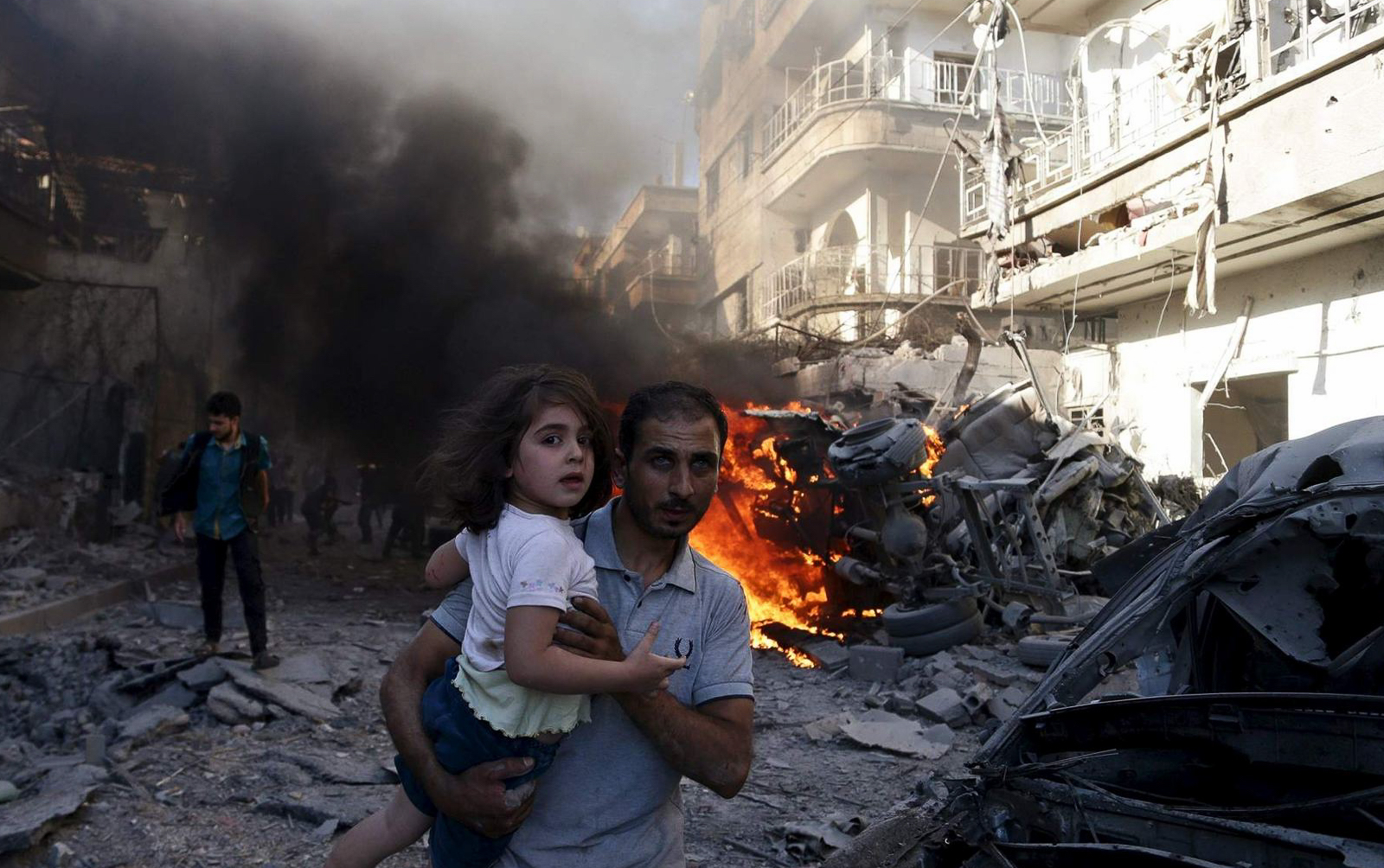 The last stronghold of resistance: Idlib in War

Buried under the very important and drastic news of the ‘stock market crash’ and concerns over Bernie Sanders’ health lies the “insignificant” story of bloodshed and misery: the War for Idlib.

In March 2011, when the Arab Spring spilled over into Syria, the Syrian people and the international community thought that change was underway. However, peaceful protests advocating for freedom and dignity against Bashar Al-Assad’s everlasting authoritarian regime were met by violent crackdowns. Soon after, what had first appeared as a beacon of hope transformed into a bloody civil war.

Throughout the years, various foreign and domestic actors played key roles in the Civil War and secured control over various territories. Today, however, as the blood-shed hits its ninth year, Assad’s forces have regained control over most of the country.

Since December 2019, forces loyal to Assad, backed by Russia and Iran, have increased their air raids to Idlib. Assad forces have targeted both military rebel groups, Turkish military personnel and civilians. In less than three months, more than 1000 civilians were killed and the number of civilians displaced from their homes in Idlib rose to 800,000, adding on to the 5.6 million Syrian refugees already scattered across the World.

“When I was there, a plane one time came and attacked the village.” says Safa Faqih, a student at UC Berkeley, born and raised in Aleppo, whose family is currently living in Atman, Idlib. “I worked with Médecins Sans Frontiers (Doctors without Borders) hospital. And when an airstrike comes, they deliberately attack schools and hospitals. That’s the first thing they do. The [Assad] Regime targets specifically hospitals and schools and markets where people gather. The Regime and Russia target civilians.”

Save the Children has indeed reported, in Idlib alone, that 87 education facilities were destroyed and hundreds damaged during the months of fighting.

Turkey, currently host to four million Syrian refugees, has closed its borders to those who are trying to escape Idlib from Assad’s cruelty. The Syrians, fleeing their homes in order to save their lives, are entrapped in an open-air prison between the Turkish border and continuous Assad bombings. The international community, on the other hand, has largely remained silent concerning this recent humanitarian crisis. As David Miliband, president of the International Rescue Committee put it, “The catastrophe in Idlib is a symptom of the utter failure of diplomacy and abandonment by the international community of Syrian civilians.”

In light of all the current events, the stance of Turkey, the Assad Regime, Russia, the rebel forces and the reaction of the West seem to be decisive in the fate of Syria and that of the Syrian people.

Many Syrians, including Safa Faqih, believe that the international community has abandoned Syria and has abandoned the cause for freedom and dignity.

“The truth is,” admits Safa, brokenheartedly, “States don’t operate on a moral level. They operate based on their own interests. Our problem, the reason why we arrived at this point, after 9 years of war, is that America, the Turkish government, the West are not serious with their aid. It’s like having someone dying from cancer and instead of treating him properly, you give him Ibuprofen. They are not serious with their help. We want real military aid to the rebels, to the Free Syrian Army…”

Western media outlets, on the other hand, tend to portray rebel groups in Syria as Islamist extremists and condemn Turkey’s aid to these groups. The Russian and Iranian governments proceed by labeling the rebels as terrorists. It is undoubtedly true that most of the rebel groups are composed of Sunni Muslims and of some hardliner extremists. Nonetheless, the Free Syrian Army was initially created to fight for a liberated Syria. Safa believes that any entity which would topple the Assad regime is good. She claims, “after the Assad regime is gone, we can get rid of the extremists.” However, the Free Syrian Army can fight against Assad only if it is provided with technical and financial support.

Yet the U.S. and its allies have a long track record of fostering disaster after meddling in foreign countries’ domestic affairs, as the recent examples of Afghanistan and Iraq illustrate. Furthermore, is it really the international community’s responsibility to assist a people’s fight for democracy? Or should the international community, first and foremost, respect the territorial sovereignty of other countries and let domestic affairs play out on their own?

Whatever the answer to these questions may be, foreign actors are already involved in the Syrian Civil War. Russian military aid to Assad has especially hindered the Rebel groups’ fight for a new Syria. Safa says that “it’s not the Assad regime we are fighting. We’re fighting Russia. We’re fighting never-ending bombings and shellings by Russia.”

Thus, a difficult question awaits Turkey, the U.S. and all their N.A.T.O. allies: ‘Should we intervene in Syria?’

Yet an even more haunting question awaits the Syrian people… What if they don’t?