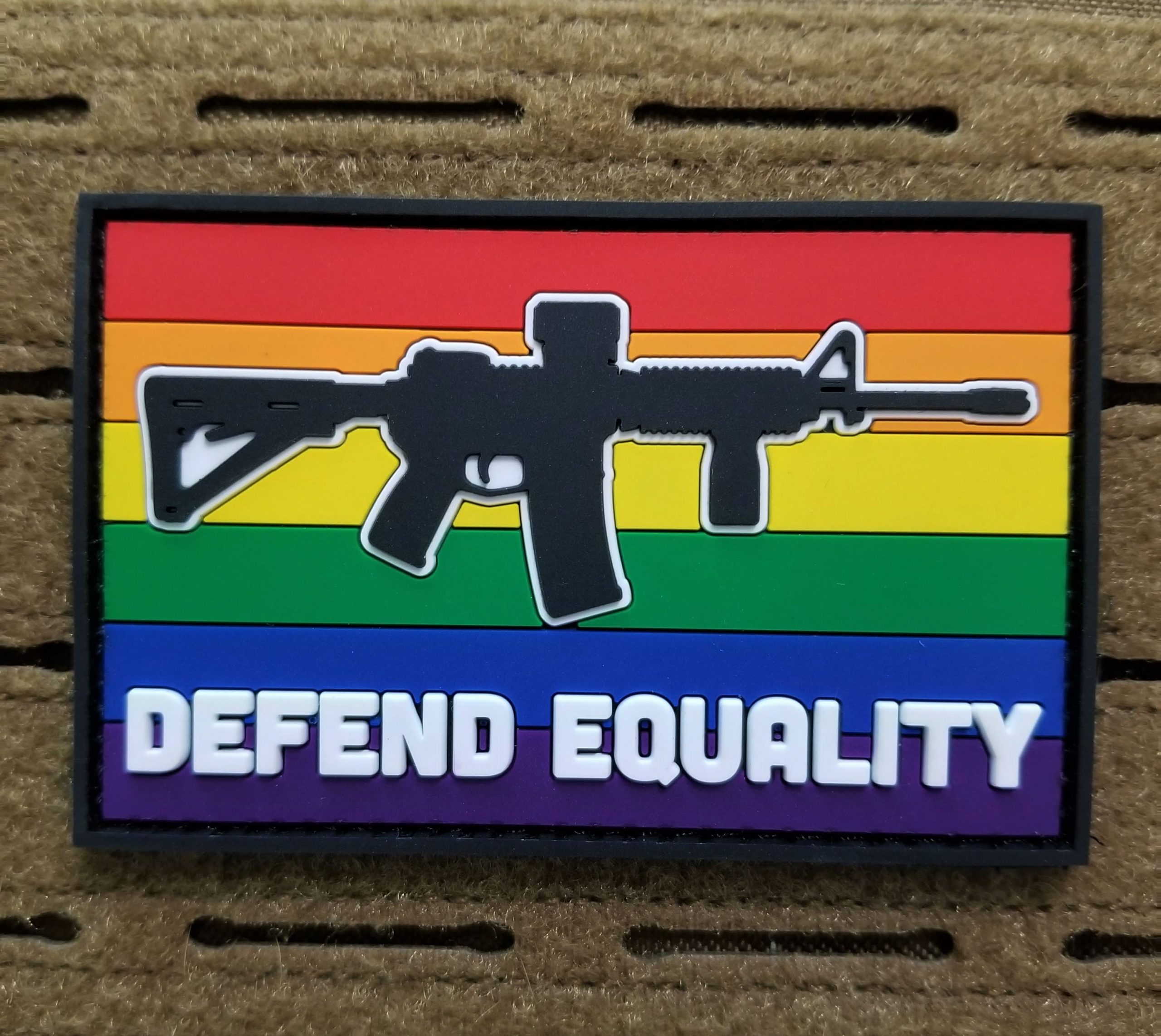 Why The Left Has The Gun Control Debate All Wrong

They are a terrible, terrible thing. A horrific, sudden bloodbath which could befall any one of us at any moment. The chances of it happening to you or I may be statistically insignificant, but someone has to be the poor soul that constitutes that statistical insignificance, the one of thousands that suddenly has their life ripped from them in a senseless, nightmarish death which is little more than a random societal spasm of violence. Who’s to say it won’t be you or I?

In all likelihood, I am preaching to the choir here. Most, if not all, political onlookers have already reasoned this over in their head; it is a horrible thing, undoubtedly, and thus the question becomes, what can be done? The resounding answer on the side of the left, with a few exceptions, has been gun control. It’s a logically sound premise; take away the instrument, or at least the pervading ease of access to the instrument, and that would, hopefully, curtail these violent ruptures. And, for the most part, I’d be inclined to agree with the sentiment; however, I think we should perhaps reconsider the universality of such a solution. The left must stop and ask itself: have we truly correctly identified the root cause of our mass shooting problem? Is taking away guns really the solution? Or does this come from a place of privilege?

I recognize most people have already made up their mind on this issue, but before you disregard this piece entirely, allow me to explain. The unfortunate truth of the matter is, whether we want it to or not, increasing restrictions on firearms will disproportionately affect minorities. Gun control itself began as a means to further subjugate black people; before the 20th century, gun control was exclusively pursued in the South in an attempt by Southern whites to ensure that blacks would be defenseless in the face of white terror. California’s first gun control bill, the 1967 Mulford Act, was enacted as a direct response to the Black Panther Party utilizing the state’s open carry laws to try and “police the police”, so to speak.

The right to armed self-defense as a supplementary aide to non-violent protest has been documented at length. As former SNCC Field Secretary Charles Cobb puts it, “I worked in the South, I lived with families in the South. There was never a family I stayed with that didn’t have a gun. I know from personal experience and the experiences of others, that guns kept people alive, kept communities safe […] guns made the civil rights movement possible.” It is for this reason that Martin Luther King, even though committed to nonviolent protest, always recognized the right to armed self-defense, and, especially during the Montgomery bus boycott period, his house was, as some described it, “an arsenal, with guns all over the place.”

So, at a time when the F.B.I. has just put white nationalists and neo-Nazis on the same threat level as I.S.I.S., the access to armed self-defense could not be more pertinent for black and brown communities everywhere. When one considers the F.B.I. report, declassified in 2015, which forewarned of a rise of white supremacist infiltration in our law enforcement, the very agencies which are charged with these communities’ protection, that need becomes even more pronounced.

Further, when it comes to the actual application of these suggested laws, minorities, again, will feel the effects disproportionately. The debate has, for liberals, abstracted gun control in a sense; the real people and institutions behind the implementation of these policies gets lost in the clamor. It’s no secret that our criminal justice system disproportionately affects people of color; the enforcement of gun-control laws is no exception. According to the United States Sentencing Commission, Black Americans are more likely than any other group to be convicted of a firearms offense which carries a mandatory minimum: 56.2 percent of firearm arrests were black citizens. Increasing gun restrictions will just give overzealous police officers more pretenses to overpolice and harass communities of color.

And besides, these gun-control measures misdiagnose the true root cause of the problem: they assume that guns are the spring from which this violence owes the entirety of its origin. But to presume as such is to ignore the one carrying out the attack; it is to leave the angry, warped individual behind it completely untouched and unconsidered. Gun control cannot be the definitive answer to the mass shooting question when it does nothing to reconcile that which drives these violent, deranged individuals.

Then what is the true root cause? It is something that runs much deeper than simply guns, and it is something so endemic to the American system that gun control would amount to little more than applying a shoddy, makeshift political band-aid to one of our country’s deepest, and oldest, lacerations. The problem is American society itself; mass shootings are merely the obverse reaction of the system, the feedback loop to be expected, from the process of our country entering the throws of late stage capitalism.

Perhaps it sounds cliche, or perhaps ridiculous, to pose such a postulation. But the evidence is all there. According to a study done by Frontier Public Health across 3,144 counties during the years 1990 to 2015, the countries with the greatest levels of income inequality are also those with the most mass shootings. The pattern is more than corroborated by the U.S.’s history of mass shootings: whilst we’ve always had mass shootings, since 1980, the frequency of these shootings has entered a steadily increasing incline which coincides almost exactly with the beginning of an increase in income inequality levels in the U.S. at around the same time.

But the study also found another key second finding: the results indicate areas with the highest number of mass shootings are those that have not just the high levels of inequality, but also the highest levels of income; in tandem, the two exponentially increase the probability of mass shootings. The correlation makes sense; as economist and historians Kate Pickett and Richard Wilkinson put it, such a gross level of disparity between classes is bound to create “adverse outcomes through psycho-social stresses generated through interactions in an unequal society.” The U.S. has the highest G.D.P. in the world, and of the top 14 countries with the highest G..D.P. has the highest income inequality in the world; thus, logically, it is not surprising that it is the worst country in terms of overall number of mass shootings.

Further, our modern world of neoliberal capitalism is one of isolation and divisiveness. Our society is soaked in hyper-individualism and the thrall of private interest, and it is here, in this crucible of inequality and solitude, that the alienation of these mass-shooters is incurred. But, of course, one might contend that if this was truly the case, if our current economic system was truly the culprit, why would it not be those who are most disproportionately oppressed by the system be the ones perpetrating these attacks? After all, it’s much less common to see a mass shooter be a person of color or a woman for that matter.

The answer lies in America’s long-spanning roots of white supremacy, which run deeply, and even now, in the modern era, the country struggles to shirk. The problem is that this ideology is diametrically opposed to the results of our current capitalist economic system. This incompatibility manifests itself here in these mass shootings; society has signaled to these individuals all their life that they deserve more because of their skin color, that they are worth more than that which they’ve been dealt, and they lash out in violence. They do so because they cannot understand why they are disenfranchised; the false ideological tint of racial superiority they’ve adorned to understand their life was a lie, and it cannot explain the class inferiority they are experiencing. Those who are explicit in committing these attacks on the basis of racist motives — in the name of right wing terror — have been inundated with alt-right propaganda which has proffered its own culprit for the mass shooter to scapegoat: the immigrant, the other, is to blame for the inequality they experience.

And in this, lies the crux of America’s mass shooting problem: these mass shootings sprout from a contradiction which is as old as our country itself, a contradiction which is inseparable from the very system which we live our everyday lives under. As historian Ibram X Kendi puts it, “Racism [and white supremacy] is capitalism’s conjoined twin […] the origins of racism cannot be separated from the origins of capitalism.” What Kendi is referring to is what many anthropologists have pontificated upon at length: race as a concept did not really take shape until the late 16th Century, when slave owners crafted ideas of racial hierarchy in order to consecrate their practice of slavery. Race was concepted as a means of societal categorization in order to justify the subjugation that was necessary in order for the modern capitalist model to work.

The question then becomes how can we extricate that which is so completely and totally interwoven into the very fabric of society? The idea of white supremacy is imbued in the origins of our nation, the very foundation which our entire economic system has been developed from. To try and rid ourselves of this ideology, to try and make it dialectically obsolete will require a complete reconsideration of the entire system which we’ve presupposed our entire lives to have been just and sound.

And this is the problem: if America truly wants to purify itself of these stochastic acts of violence, to eradicate this corrosive white superiority complex which fuels them, it should be wary of jumping immediately to what seems like the simplest solution. Instead, America will have to endorse complete and profound structural change; anything less than a complete and total rejection of our current system is an exercise in futility. We must see our society for what it is, and we mustn’t be afraid to search, to hope, for a more just vision, a better system. Only time will tell if such a thing is even possible.