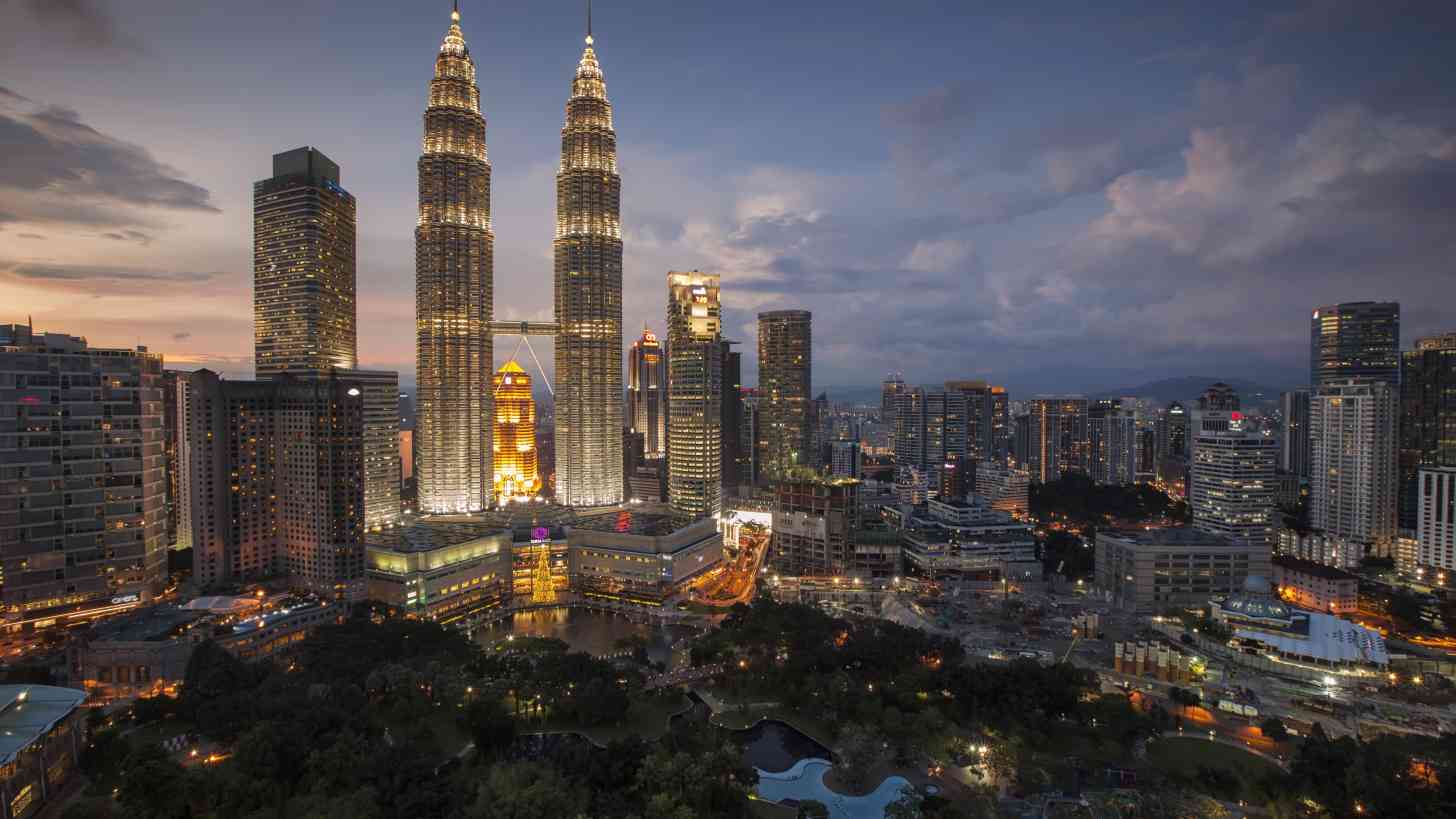 The Art of State Engineering

Under the guise of development and democracy, state architecture is being used to conceal the centralization of power in both Malaysia and Singapore as leaders grapple with how to literally engineer the perfect, coordinated society.

How does one engineer a harmonious state? Singapore’s People’s Action Party (P.A.P.) and Malaysia’s U.M.N.O. Party will argue that you do it literally through state infrastructural projects. But is that all there is to it?

Singapore and Malaysia both stand as democratic Southeast Asian countries. However, the preservation of democratic institutions does not necessarily translate to a democratic political climate, as both Singapore’s P.A.P. and Malaysia’s U.M.N.O. Party continue to monopolize power. For both nations, leadership is informed by a deep insecurity surrounding identity politics in multiethnic states, and authoritarian tendencies become a tool for navigating such politics. Yet, as both Singapore and Malaysia function as democracies, authoritarian tendencies must be concealed. State architecture, which refers to the physical engineering and architecture of the state, is a key tool for development in Singapore and Malaysia. Such architecture strengthens economic sectors and creates infrastructural connectivity, which in turn creates a more interconnected society.

As the only true federal system in Southeast Asia, Malaysia struggles to navigate identity politics across its 13 states. Malaysia’s ethnic Malay population remains a simple majority, comprising only 51 percent of the population; hence, insecurity and paranoia surrounding Malay erasure fuels U.M.N.O.’s agenda of Malay nationalism. Comparatively, Singapore is also a multiethnic state; yet while U.M.N.O. strives to politicize identity by promoting Malay nationalism, Singapore’s P.A.P. depoliticizes identity by emphasizing homogeneity in order to create a single, cohesive Singaporean identity. In the case of both states, identity politics create insecurity for Malaysia and Singapore’s leaders, who choose to respond to such socio-political insecurity by centralizing their hold on power.

An additional layer of identity politics plagues both nations, and it is manifested through state competition. State architecture has been clearly politicized; for example, Singapore’s iconic Macritchie Rainforest Canopy Walk was opened in 2004, yet was soon countered by Malaysia’s Sungai Sedim tree-top walk in 2005. Today, Malaysia boasts Sungai Sedim as the longest canopy walk in the world, indicating a level of politicized competitiveness with its neighbor, Singapore. Likewise, the mystique of Singapore exceptionalism has asserted that Singapore’s unique success is a result of a talented, competent and untouchable elite. As a young country, Singapore’s achievements in developing are notable; yet with a young nation also comes deep insecurity surrounding identity. In an interview with a Singaporean citizen, the citizen stated “Singapore shouldn’t exist – it’s an invented country”. This highlights the sense of ambiguity surrounding Singaporean identity, as citizens struggle to root their origins, culture and nationality.

When the 1 Malaysia Development Berhad (1MDB) Project was initiated in 2015, it concealed a grotesquely mammoth corruption scheme that allowed for centralization of the U.M.N.O. party. 1MDB was launched as a government-owned “strategic development company,” by Prime Minister Najib Razak of the UMNO Party, with the stated investment purpose of promoting growth and investment on a nationwide scale. Unlike Singapore, Malaysia lacks infrastructural connectivity; Kuala Lumpur is the predominant hub for social, financial and technological gains, and East Malaysia (or “Insular Malaysia”) remains disconnected from West Malaysia’s development.

Yet whilst 1MDB acted under the premise of strengthening real estate, tourism and energy sectors, the project concealed a mammoth corruption scheme. The transnational scheme oversaw large sums of money being moved to and from international banks like Standard Chartered, Citibank and UBS. Through corruption, bribery and intimidation tactics, U.M.N.O. elites attempted to stop agencies from taking action to try criminals and replace corrupt officials. Thus, efforts to engineer a connected and prosperous Malaysian society are used to conceal U.M.N.O.’s centralization of power, which is motivated by insecurities surrounding identity politics at a domestic and national level.

Likewise, the engineering of the Singaporean state reflects P.A.P. efforts to centralize power. In order to depoliticize identity and ensure that neighborhoods were not fragmented along ethnic or financial lines, Singapore’s cohesive M.R.T. (Mass Rapid Transit) system was implemented. Despite the fact that Singapore is a tiny nation, the M.R.T. extends to every corner of Singapore along multiple lines so as to ensure equal connectivity and accessibility regardless of where one lives on the island. This meticulous design allows P.A.P. to construct a homogenous Singaporean society through state architecture, in which identity is depoliticized, and P.A.P. is able to centralize its hold on power.

Furthermore, the launch of the R.A.H.S. system highlights the social and political ramifications of P.A.P.’s centralization of power in Singapore. R.A.H.S. is an intelligence apparatus designed to mimic human thought processes and analyze data from virtually any source. The apparatus also appears to infringe upon privacy laws, as surveillance is extended to monitor civilian social media activity and monitoring information is left ambiguous, or simply undisclosed. Like the M.R.T., R.A.H.S. attempts to engineer a functional, cohesive state, but this actually serves as a guise for P.A.P. centralization of power.

In the case of Malaysia, state architecture is being used to conceal corruption and nepotistic power monopolies which allow U.M.N.O. to centralize its hold on power. Similarly, Singapore uses state architecture to legitimize P.A.P. rule through boasting Singapore exceptionalism and justifying the creation of the R.A.H.S. system which pushes Singapore dangerously close to becoming (if not already) a surveillance state. As a result, P.A.P. is able to centralize its power under the premise of state engineering. This points to a relationship between leadership and politics in Singapore and Malaysia, wherein U.M.N.O. and P.A.P. employ authoritarian tendencies in response to identity politics yet must conceal centralization of power through state architecture in order to uphold the image of democracy.