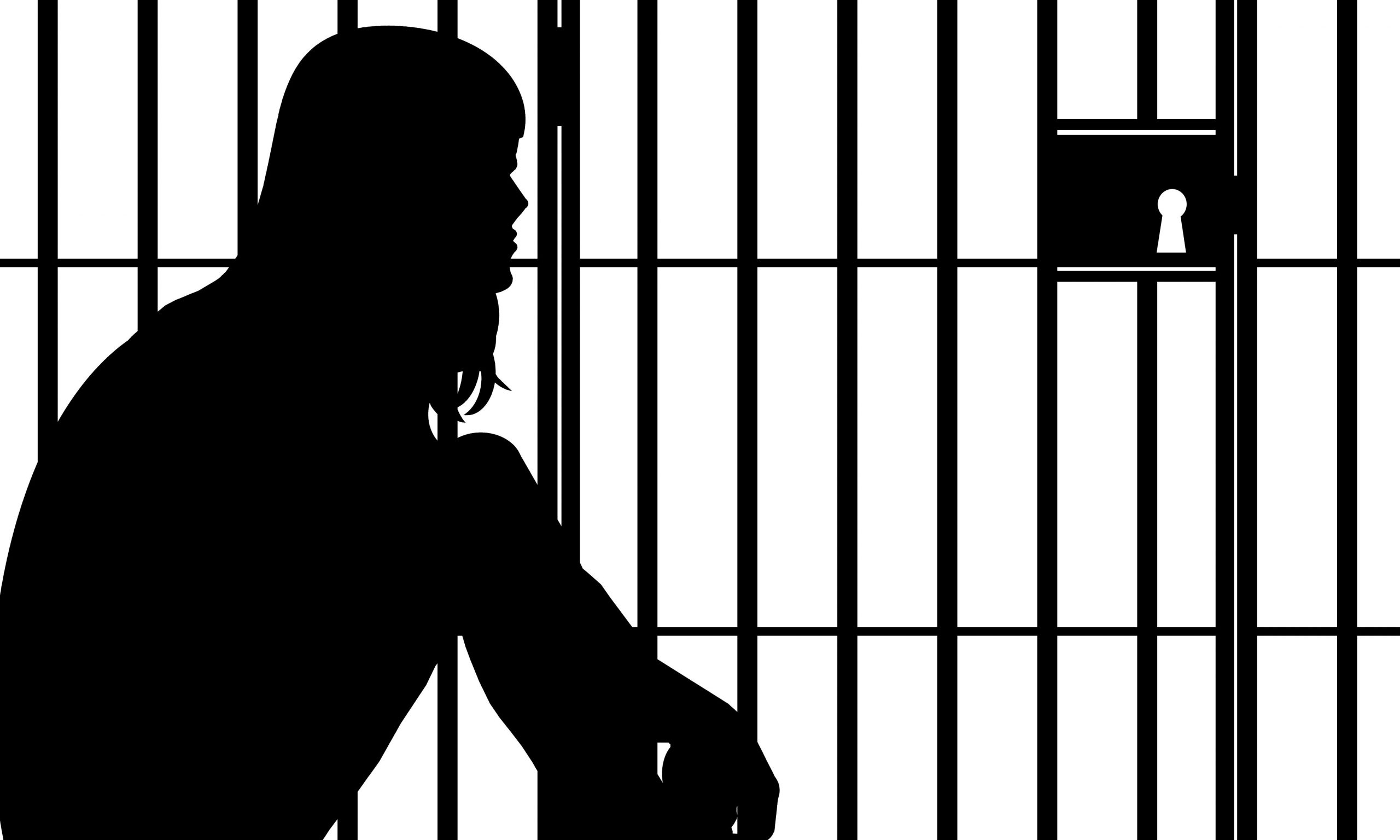 When a Miscarriage is a Crime: El Salvador’s Humanitarian Crisis

“I’m afraid to die,” Beatriz told her doctor, Dr. Guillermo Ortiz, the Director of Obstetrics at El Salvador’s principal maternity hospital. Ortiz had just told Beatriz that her fetus was missing pieces of its brain and head and would not, under any circumstances, survive. Beatriz had lupus and kidney problems, and the pregnancy was killing her. Ortiz went to court, begging to be allowed to perform an abortion for Beatriz. The court ruled against them four to one, finding that El Salvador’s court has an “absolute impediment to authorize the practice of abortion.”

El Salvador is one of just seven countries that criminalizes abortion in all circumstances — including rape, incest, non-viable fetuses, and threats to the life of the mother. Prior to 1998, El Salvador’s criminal code did allow for these exceptions.  However, the Catholic Church successfully lobbied to ban abortion in all circumstances.  Shortly after the rule change, El Salvador even amended its constitution to assert that life begins at “the moment of conception.”

Even El Salvadorean women who want to be pregnant or who don’t even know that they are pregnant can have their lives destroyed by El Salvador’s abortion laws, which penalize people for miscarriages. Eighteen-year-old Evelyn Hernández Cruz was repeatedly raped by a local gang member. She became pregnant as a result of the assaults. Her mother found her passed out and covered with blood in the family’s bathroom after she suffered a miscarriage and took her to the hospital.  While the autopsy found that the fetus died of aspiration pneumonia, the doctors reported Evelyn to the police. She received a thirty-year sentence for murder for her failure to seek prenatal care. She eventually won an appeal after spending three years in jail. Unbelievably, Evelyn is one of the relatively lucky ones. Maria Maroquín served fifteen years in jail after her miscarriage. She, like Evelyn, became pregnant when she was just a teenager. After suffering a miscarriage at work, she was convicted of homicide without any evidence she had wanted an abortion. Guadalupe Vasquez was raped and became pregnant at just seventeen years old. She decided to keep the baby, who she wanted to name Gabriel. While at work one day, she felt intense pain, but her employer told her she could not leave to go to the hospital. She had a miscarriage in her employer’s home and woke up handcuffed to her hospital bed. She spent seven years and three months in prison — seven years and three months longer than her rapist.

Anti-abortion groups claim these cases are outliers or examples of the failures of the legal system, not abortion laws, but statistics and medical facts both prove them wrong. Sara Larín, spokeswoman for a Catholic anti-abortion group, claimed, “if there was any injustice against these women, it was an error in the legal process.”  If that’s true, it is an “error” that happens an awful lot: activists in 2015 identified between 17 and 32 women behind bars for miscarriages at the time. At least 150 women and girls, some only 12 years old, have been prosecuted for abortions and received sentences ranging from 12 to 40 years, and some of them never wanted to terminate their pregnancies. Additionally, most types of abortion do not leave lasting medical evidence — unless there is physical trauma to the uterus, there is no way to distinguish between an abortion and a miscarriage. Doctors just guess. Tormenting these women does not prevent abortions. It only makes pregnant women fear their doctors and adds prison time to an already painful situation for women who lose desired pregnancies.

Often, even abortion opponents agree that abortions should be available to child rape survivors and women pregnant with non-viable fetuses who will die in childbirth.  El Salvador lawmakers and religious officials have no sympathy for either group.

El Salvador’s draconian policies disproportionately harm vulnerable children who have survived sexual assault.  When these children become pregnant, the system ostracizes them and forcing them to carry their rapists’ fetuses to term.  At least 67 percent of reported sex crimes in El Salvador are committed against underage girls.  Official figures indicate that at least 1,540 children under the age of 15 become pregnant every year.  Girls under 12 are four times more likely to get pregnant as a result of rape by male family members than older girls aged 13 to 17. Some abortion opponents argue that this trauma and suffering is upsetting, but inevitable, since fetuses conceived through rape are not, biologically speaking, any different from other fetuses and should therefore be subject to the same rules.  Dr. Mario López, the medical advisor for the El Salvador Bioethics Association, argued that “removing a child won’t remove the trauma,” calling abortion a “cowardly solution.”  Certainly abortion is not a panacea for trauma, but forced pregnancy undoubtedly makes matters worse.

Refusing teen rape survivors access to abortions does not save their fetuses, often, it kills them and their unborn fetuses. Suicide is the leading cause of death for pregnant El Salvadorean teens. Three out of every eight maternity deaths are suicides involving teenage girls. Dr. Mario Soriano, who heads a youth program at El Salvador’s Health Ministry, noted that pregnant girls are often expelled from school or kicked out of their homes and explained that “pregnancy is a determining factor behind teenage suicides.”

Denying abortions also kills women with dangerous pregnancies without saving their fetuses, but doctors in El Salvador are legally obligated to continue to let these patients die. Ectopic pregnancies — when a fertilized egg lodges in a fallopian tube — do not result in a viable fetus.  Instead, they cause potentially fatal internal bleeding and should be treated with removal.  However, El Salvador law considers this procedure an abortion, so doctors treating these patients — some as young as nine — are forced to stand by and wait until the tube ruptures and the patient dies, or, if the patient is lucky, the fetus’s heartbeat stops and the ectopic pregnancy can legally be removed.  There is no medical reason to wait: these fetuses will not survive.  The law forces women to risk their lives for a pregnancy that will never become a child.  Between 2011 and 2015, thirteen women in El Salvador died from ectopic pregnancies. Thirty-six women died between 2011 and 2015 when their pregnancies worsened chronic illnesses.

El Salvador’s abortion law punishes miscarriages, causes teen suicide and results in maternity deaths but doesn’t reduce El Salvador’s abortion rate. El Salvador’s own Ministry of Health acknowledges that at least 19,290 underground abortions occurred in El Salvador between 2005 and 2008. The exact number is unclear, but some sources even report a higher abortion rate than the United States. An anonymous doctor in El Salvador admitted, “Here, the right to confidentiality comes with a price tag,” and acknowledged that wealthy El Salvadoreans who can afford private hospitals are able to get secret abortions. Women who want abortions will have them, but illegal abortions are more dangerous, especially for poor women.

Let us be crystal clear: El Salvador’s abortion ban does not just represent the farthest end of the spectrum of abortion restrictions.  It cannot be solved by adding a few exceptions, and other countries are inching dangerously close to El Salvador’s draconian measures. Adding exceptions for rape, the life of the mother and nonviable fetuses would certainly be a start, but they don’t begin to encompass all of the failings of the restriction.  Women will still be jailed for miscarriages. And women who do want abortions will find them if they have the money, die trying in back-alley abortions, or commit suicide. None of those options result in fewer abortions; they just increase women’s mortality rates and place a price tag on women’s bodily autonomy.

In 2016, El Salvador’s government begged women not to get pregnant because of the Zika virus.  Could that situation be anticipated? Would it be written in as an exception in an abortion law? Of course not, because abortions are complicated, deeply personal decisions, and the circumstances surrounding them cannot be anticipated or decided by committee. Wanting to reduce the number of necessary abortions is perfectly legitimate. However, criminalizing abortion punishes victims and doesn’t reduce abortions. El Salvador’s Catholic Church actively blocks sex education in schools, and contraception is expensive and difficult to obtain. When teens don’t understand how safe sex works, of course unwanted pregnancies happen, and of course some of those people want abortions.

El Salvador’s extreme abortion law may seem far away, but before we patronizingly sigh about how nice it is to live in the U.S. rather than El Salvador, we better review the trends in our own backyards. El Salvador’s humanitarian crisis is just the canary in the coal mine. If people don’t take action, other countries, including the US, will reach the same appalling point. Prosecutors recently charged a pregnant Alabama woman with manslaughter after she suffered a miscarriage after being shot. Prosecutors argued, “the only true victim in this was the unborn baby.” Alabama passed a law banning abortion in all cases, including rape, unless the mother’s life is threatened. Anti-abortion groups have begun to push U.S. Republicans to argue against exceptions for rape. Georgia passed an abortion law threatening women who suffer miscarriages because of “reckless” behavior with thirty years in prison. Republicans have begun echoing El Salvador’s demand that women with potentially deadly, non-viable, ectopic pregnancies wait and watch to see if the fetus dies before the pregnant woman does.

U.S. judges have temporarily blocked some of these laws, but the danger remains.   Yanking the decision-making power out of the hands of pregnant people and their doctors gets mothers and children killed. El Salvador currently values the “life” of a doomed fetus over the life of a child rape survivor. Who, exactly, is that law meant to protect? Anyone who values life as much as the Catholic Church claims it does should be horrified by pregnant children committing suicide and women dying from preventable diseases. Do you want fewer abortions? Help people who don’t want children understand how to prevent pregnancies. Help people who do want children but who don’t have resources to get medical help and financial support. Draconian measures against abortion don’t decrease abortions, they just increase death.