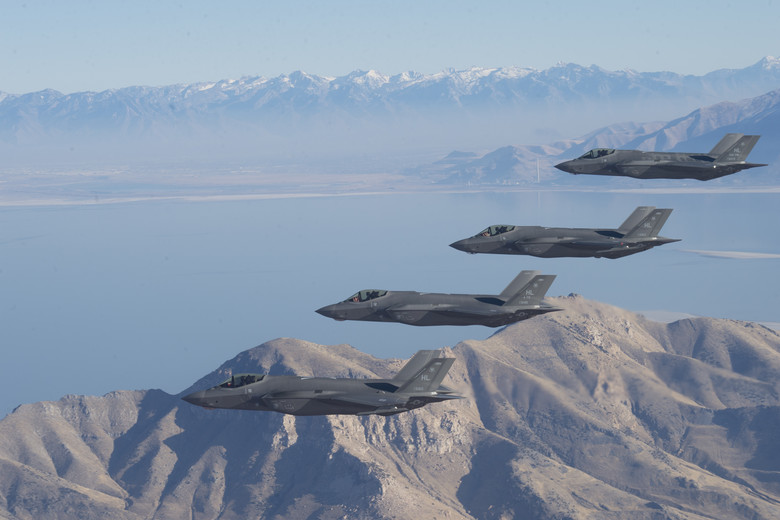 Over the last decade, the F-35 joint strike fighter has received a steady stream of bad press. Literally everything that could go wrong with the development of a new weapons system did, and there was seemingly no end to cost overruns, delays, failed technologies, crashed prototypes and more. As a result, critics point to the F-35 as the epitome of government waste and the military industrial complex run amok. There is no denying that the cost of developing the program was excessive — $1.5 trillion is a lot of money. Taxpayers across the country should be appalled that they each paid an average of $10,700 to create this plane. However, while lessons can certainly be learned from this troubled development process, these are sunk costs. The F-35 today is one of the most deadly and advanced fighters in the world, and with the per unit cost now similar to other fighter aircraft, canceling the program now would only cripple the U.S.’s ability to wage war and make an even greater waste of already-spent taxpayer dollars.

Conceived in the 1990s as a replacement to 4th generation aircraft, the F-35 is the single most ambitious and expensive aircraft program in American history. After decades of fielding various aircraft models from different manufacturers in different branches, the hope was that all of the resulting cost and personnel inefficiencies could be eliminated by creating one aircraft for all three aircraft-operating branches of the military and American allies. Hence the F-35 was born. It was designed to be the jack of all trades, the main aircraft of the Air Force, Navy, Marine Core and the entire western world in general. No longer would a capable military need F-16, A-10, Harrier, and F/A 18’s to fulfill all fighter missions. They would only need the F-35.

In order to meet the distinct requirements of all the different branches, this aircraft needed to be able to fly at supersonic speeds, be stealthy, land vertically and have large wings capable of carrier-based launches. It is here where the first technical and monetary challenges in this program lay: fulfilling one of these requirements inevitably demanded compromises in other requirements or in performance capabilities. As a result, the designers were forced to adopt three different models of the aircraft: the F-35A for the Air Force, F-35B with vertical launch capabilities for the Marine Core, and the F-35C for the Navy. However, the existence of three different models only served to complicate the design process, as the whole point of one plane for all branches was more or less ruined. The point of one fighter and one manufacturer was to streamline the military’s aircraft, yet the three model-one aircraft system only served to increase the cost of the program and development time. Every time a change needed to be made on one plane, it would need to somehow be worked in on the other two. For instance, when Lockheed Martin found out that the F-35B was projected to be 3,000 lbs too heavy, it had to not only redesign that plane but the F-35A and C models as well — a process that resulted in an 18 month delay and billions of cost overruns for taxpayers.

Further contributing to the F-35’s woes was a Department of Defense strategy called “concurrency.” The theory behind this was that by starting production before development of the aircraft was complete, the timeline for deployment could be sped up. However, because F-35’s were being produced with technical defects, the Pentagon was forced into costly refits that resulted in more delays and cost overruns. At this point, the costs were 89 percent higher than initially predicted, a figure that would normally, under the Nunn-McCurdy Act, trigger a review and cancellation of the program. However, because the F-35 was slated to replace four different 4th generation aircraft type, the program was simply too big to fail and thus policymakers had no choice but to stay the course and continue funding the program.

The final major issue ailing the F-35 was the complete control Lockheed exerted over the program. Everything from the aircraft to its accessories, training gears, support equipment, logistics systems, supply chains and maintenance was all under the complete control of Lockheed. In the early 2010s, various issues in all aspects of the plane, from the helmet to lightning dispersing system and ejection seat, cropped up, resulting in the plane generally being considered unsafe to fly in many conditions. Because Lockheed was behind nearly all facets of the plane, it was impossible to simply switch suppliers or force accountability; Lockheed had near total control over the program and dictated the timeline, costs and rate that issues would be sorted out. This was what Eisenhower warned against half a century ago: the military industrial complex in control.

Despite these numerous challenges in production, there can be no doubt that the F-35 is a technical marvel. For example, the F-35 brings the main hallmarks of a 5th generation fighter — advanced stealth, integrated avionics, sensor fusion, and superior logistics support — to their fullest potential. What this means in practical terms is that a squadron of F-35s can penetrate enemy airspace undetected and then conduct any number of missions usually reserved for specialized aircraft, including air-to-air combat, air-to-ground strikes, electronic attack, intelligence and surveillance and reconnaissance flights. There is no more versatile and deadly aircraft in the sky than the F-35 and its ability to operate in even the most dangerous and contested of airspace.

However, what sets the F-35 apart from other aircraft is not just its stealth and ability to avoid detection. The true gem of the aircraft is its ability to gather and distribute information. Think of the F-35 as a flying surveillance hub capable of gathering, sorting, analyzing and distributing data. As it flies around in contested airspace, any data it gathers is then distributed to other platforms in the air force, navy or allied militaries. For example, say an F-35 detects a missile coming over the horizon towards a Navy destroyer. This information is immediately sent to the destroyer, which then allows it ample time to prepare and target the Aegis missile defense platform, potentially saving the ship from damage. Furthermore, if the destroyer wants to retaliate, it can use data from the F-35 to target hostile forces with on-board cruise missiles. In other words, the F-35, without ever breaking its stealth, can both enable other military assets to defend itself and target things it otherwise wouldn’t be able to detect. All this data collected by military assets is available to pilots of the F-35 through augmented reality technology on the visors of their helmets, giving them unparalleled situational awareness and greatly enhancing their responsiveness.

The final major advancement made in the F-35 is in its electronic warfare capabilities. While there is not much known about its true capabilities in this theater, experts speculate that the F-35 wields advanced jamming and attack disrupting capabilities. In a world in which electronic warfare is becoming increasingly common, there is no doubt that these capabilities make the F-35 up-to-date with the types of warfare in this century. No other aircraft in America’s arsenal can hope to compete with the F-35 in this realm, making the aircraft crucial to the U.S.’s capability to wage war in the 21st century.

Early on in the testing of the aircraft, there were some serious concerns. The first pilot complained about maneuverability, claiming that 4th generation F/A 18s and F-16s could beat it in a dogfight. However, proponents are quick to point out that unlike its cousins like the F-22 and F-16, the F-35 is not designed to engage in dogfights. Rather, it relies on stealth and radars to destroy enemies before they can get close enough to engage or detect it. This is why pilots with more experience with the aircraft sing nothing but praise. More flight time and experience with simulators have alleviated most maneuverability concerns, and pilots rave about the enhanced situational awareness they receive from the AR helmet. Therefore, the F-35 has proven itself as a deadly fighter and technological titan, shaking off its earlier criticisms.

As outlined earlier, mistakes in the development process resulted in countless cost overruns costing taxpayers hundreds of billions of dollars. However, development costs are sunk costs. The money is already spent, and no amount of outrage will get it back. What matters now is how much the F-35 costs today, and over the past few years, its unit cost (the cost per plane) has plummeted. While it stood at over $100 million for the F-35A just a year or two ago, the unit cost has dropped to $85 million this year and should dip below $80 million by 2020. While this is still more expensive than, say, a F/A-18 at $70.5 million, it more than makes up for this difference in its capabilities and advanced technologies.

Look, at the end of the day, the F-35 got off to a rocky start, and countless lessons can be learned from the boggled development process. The ‘jack of all trades’ model and the ‘concurrency’ manufacturing strategy failed. But those mishaps are behind us, and the $1.5 trillion spent during development are sunk costs in the past. There can be no doubt that the technological leaps made for the fighter are truly revolutionary and represent a marked advancement in hardware for the U.S. military. And with unit costs nearly in line with previous generation fighters, heeding the call by many critics to cancel the program would only starve the military of its most advanced hardware while saving no taxpayer dollars. Therefore, it is imperative that the U.S. stay on course with the F-35 and continue to purchase this technological titan.