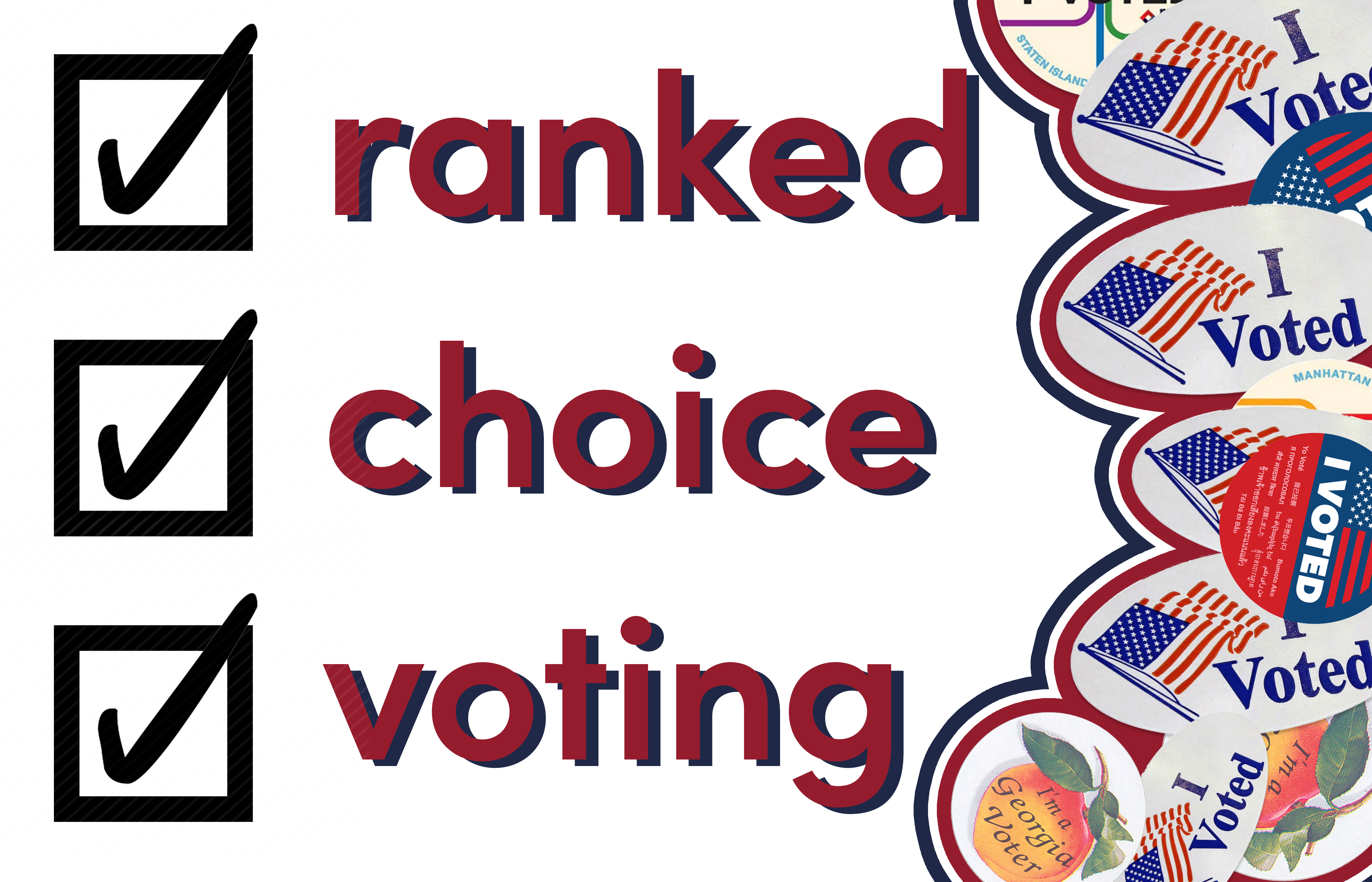 What is Political Dysfunction and How Can the Steady Decrease in Voter Turnout Affect Our Democracy?

Among Americans across the U.S., the most significant factor leading to a small percentage of voter turnout is the lack of confidence in our current political system. This sentiment stems from a variety of reasons, such as feelings of apathy towards the electoral process as a whole, the difficulty associated with voter registration and insufficient education about candidates for voters.

As more voters are shying away from the polls during county and presidential elections, the threat to U.S. democracy grows. Skepticism of the current voting system increases as voters feel that their voices aren’t being heard and that their vote doesn’t “count.” Without elected officials that work in the interests of American citizens, expectations and progress on other fronts that voters care about are not being met or happening. Out of all the advanced democracies in the world, U.S. voter turnout is the lowest. Only about 60 percent of eligible voters turn out for a typical election. In addition, voter turnout is unequal and not representative of most U.S. citizens, which leads to legislation and policy that is not in the interest of the majority. We need to be aware of our deteriorating democratic system and engage voters, especially young voters who usually have a lower turnout than older individuals. It is imperative to get young voters excited about taking part in the democratic process at the age of 18 and ensure that everyone gets registered to vote. Voting reform and voter education and empowerment for those entering the democratic process are necessary to strengthen democracy and increase voter confidence and participation.

What is Ranked Choice Voting?

Low rates of voter turnout and lack of confidence in our institutions and government to act in the interest of American citizens leads to the disintegration of our strength and unity as a nation, indicating the need for structural voting reform. One solution that has proven to be successful thus far is the implementation of Ranked Choice Voting (RCV) in municipal and county level elections. RCV allows voters to rank their candidates by preference (1, 2, 3 etc). If a candidate wins by majority in the initial round, they are the clear winner. If there is no majority, the candidate with the least amount of first preference votes is eliminated, and voters who ranked that candidate first now have their ballots counted for their second choice in the next round of the election. This process repeats until one candidate reaches a majority of votes and is declared the winner. The following breakdown of how RCV works in three rounds for a made up election is taken from the Oakland League of Women Voters:

The number of votes needed to win is 5,001 votes; a majority.

The first choice votes are counted. No candidate has received a majority of the votes cast.

Because no candidate reached the threshold, the candidate with the fewest votes — Candidate E — is eliminated and the votes cast for this candidate are reallocated to the voters’ second choice candidates.

The votes for Candidate E are redistributed and go to Candidate A and B in accordance with the voters’ second choices. No candidate has a majority of the votes.

Candidate D now has the fewest votes and is eliminated. Candidate D’s ballots are redistributed, but 200 of the ballots did not have a next choice marked on the ballot and are set aside as “exhausted.” The other 1,200 votes get redistributed to the continuing candidates in accordance with the voters’ next preferences.

Candidate A now has a majority of the votes and is thus the winner.

How Ranked Choice Voting is Beneficial for Voters

One of the most compelling arguments in favor of RCV is that the voters’ second-choice candidate truly counts if their first choice is eliminated after the first round of the election. As a result, voters are not left feeling as though their vote is being “wasted.” In the current system there is no majority rule, meaning the individual with the most votes is the winning candidate, even if  a majority of voters didn’t elect them. With RCV, if a voter’s first choice candidate is not elected in the first round, their second choice candidate is just as important in the second round. Because candidates know that their ranking as second choice on a ballot may be just as important as being ranked first choice in the case that they are not eliminated, they cater to a wider array of voters’ issues in order to secure a vote from them on the ballot. This leads to less animosity among the candidates and less voter frustration. Candidates know they need second-choice votes in the scenario that the election reaches a second round, which forces them to find more common ground with voters and other candidates. This makes their behavior more amicable and improves their strategy of gaining votes.

RCV further promotes greater diversity among candidates and allows for a more representative cohort that voters have to choose from, due to the fact that multiple individuals are ranked on a ballot in RCV and there is not a binary focus on the two major parties. This levels the playing field and allows opportunities for minorities and underrepresented communities, as it opens the process to newer and less known voices who now have a chance to be elected, even if they are not ranked first on many ballots. A study by Fairvote California reported that the implementation of RCV has shown an increase in women and minorities winning in California. More specifically, “women of color saw nearly a 25 percent success rate in their races; 40 percent for women overall, and 60 percent for people of color overall.”  With RCV, voters have a broader array of candidates to choose from that represent a diverse array of interests and don’t necessarily fall into one of the two major parties. A multitude of candidates helps work towards greater improvements for major issues such as climate change, immigration or the economy.

Primary election turnout is extremely low, and only a certain demographic makes it out to the polls. In 2018, the turnout for the midterm primaries was only 19.9 percent of eligible voters. RCV conveniently gets rid of the primaries along with the heavy associated costs. All voting is completed in one large general election. Voters don’t have to worry about coming out to the polls twice, since two elections are rolled into one. Eliminating the low-turnout primary and holding only one election in November will lead to higher voter turnout and will be more beneficial for voters overall. Specifically, with RCV, voters only have to disrupt their schedule or leave work once on the date of the general election to vote. For those who work hourly jobs or are unable to easily access transportation to polls, this makes a huge difference for them and would increase voter turnout for that demographic immensely.

Overall, the process of RCV is easily understood by the public, grants voters a greater voice and power in their vote and allows a greater diversity of candidates with a wide range of interests and platforms to run in elections.

RCV is a fast growing reform and is now seen across the United States in very prominent regions such as the Bay Area in cities including Berkeley, Oakland and San Francisco for mayoral and city council elections, as well as cities in Colorado, Minnesota, Massachusetts, New Mexico and Maryland for city council, school board and mayoral elections. Upcoming implementations include Michigan, Oregon, Utah and more. Each county and city has its own processes and rules for the implementation of RCV.

Currently, millions of people across the U.S. are already using RCV, especially because of the influence from big cities like San Francisco that have implemented it. A study by Kimball and Anthony shows that compared to the primary and runoff elections they replace, RCV general elections are associated with a ten-point increase in voter participation. A majority of the data found online shows the positive changes RCV has made and how easy it is to understand.

Very recently, Maine decided to use RCV for the upcoming 2020 general presidential election. A landmark bill was passed earlier this fall, illustrating the progress and growth of RCV implementation in the U.S. Maine’s Governor, Jane Mills, commented, “My experience with ranked-choice voting is that it gives voters a greater voice, and it encourages civility among campaigns and candidates at a time when such civility is sorely needed.” States currently using RCV at county and municipal level elections should consider paying close attention to the growth of RCV in Maine and consider the success it has had there. It will be exciting and informative to see how this new voting method works in the presidential elections and if this will continue to improve voter turnout in Maine. If it goes well, Maine could serve as a model for other states considering implementation of RCV for upcoming county and city level elections, as well as future presidential elections.

While RCV has many arguments in favor of its implementation, there are some counter-arguments that exist. One argument is based upon the worries of cost associated with implementation due to logistical and technical changes and difficulties with the machines and printing of the ballots. Cost is also a worry, in terms of the need for large amounts voter education about how RCV works in order for voters to be clear about the process of voting and how their votes are counted. Others against RCV are skeptical that the candidate with the actual majority is the one who gets elected at the end of the rounds. While there may be some initial costs and an education component associated with RCV implementation, the long-term costs will be cut with the elimination of primaries and voter satisfaction will increase.

Why Should Ranked Choice Voting Matter to You?

Due to the current state of affairs in our country and world, civic engagement and participation in the political system is vital to maintaining our democracy. Many voters in the U.S. are unhappy with the current voting system and want to see a change. RCV proves itself to be a solution to the political dysfunction we see today. It is important that voters are aware of their options and are more informed about the voting system when taking part in its processes. Informed voters will lead to a greater voter turnout, more heard voices and more issues that voters care about being represented by the candidates they are voting for.