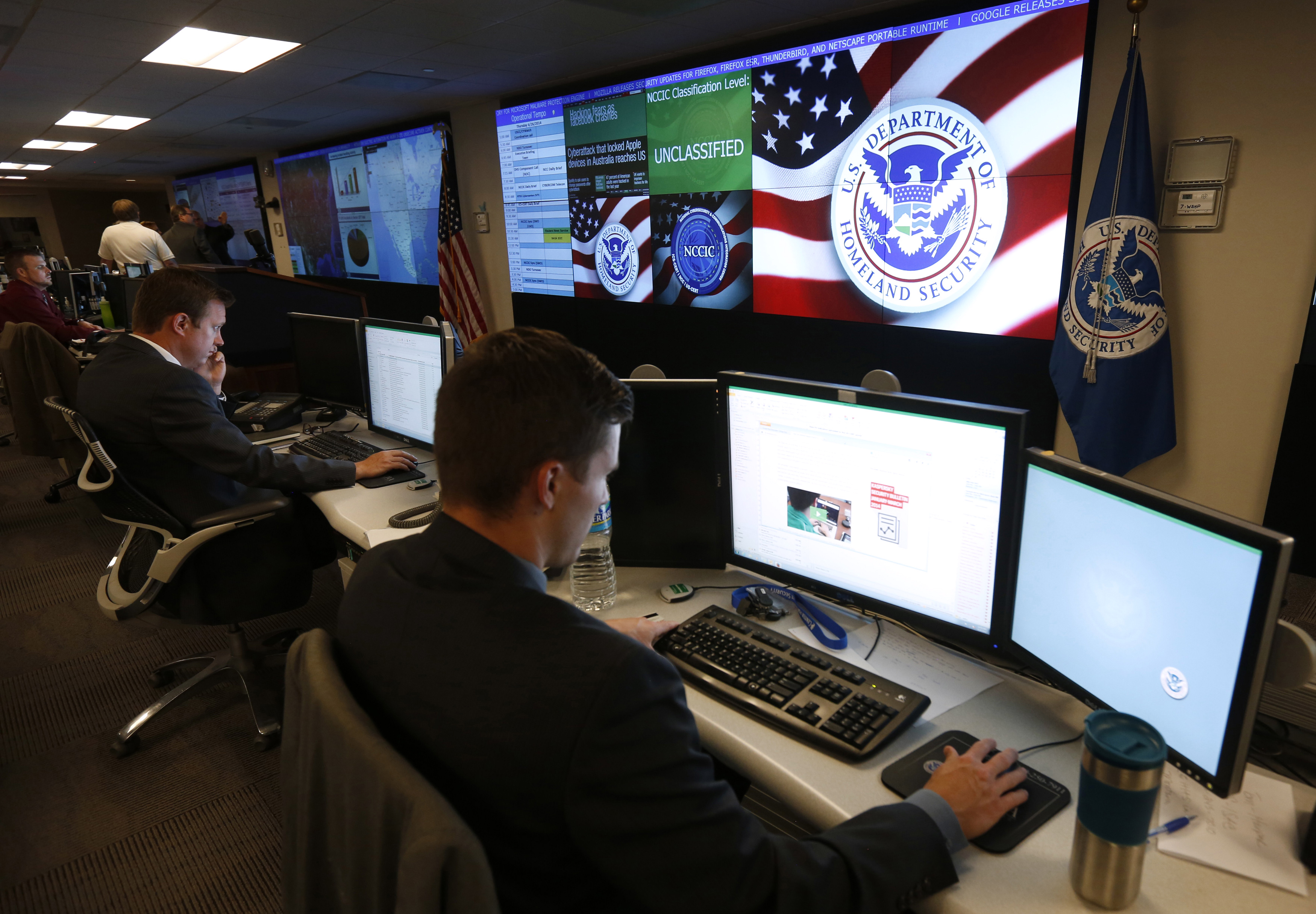 There are Eyes Everywhere: The Dangers of Policing and Surveilling Black and Muslim Communities

As the technological revolution sweeps countries and cities all over the world, more and more daily activities are being mechanized. From iPhones being unlocked by faces, to online stores knowing exactly what you want when you want it, we are at a time of innovation. New high-tech security cameras and alarm systems are making homes, schools and public facilities easier to protect. Life for many has become simpler and safer. While these methods of safety are making life easier for many of us, they can be deadly when put into the wrong hands.

Police departments all over the country and the FBI/CIA have been incorporating state-of-the-art technologies into their investigation processes. The same innovations that created facial identification on iPhones and ad watching on Amazon are being used to tackle crime nationwide. While these services are justified on the grounds of “keeping our streets safe,” the opposite effect is found in communities of color. These methods are put into place to monitor and eradicate civilians that are “rebellious” and continue the cycle of mass incarceration.

It should not be a shocker to you that the police and the justice system have not been allies to the Black, Muslim and poor communities in the United States. If you take a quick crash course on the history of these two departments, you can see they were created to maintain the fundamentals of white supremacy. These governmental and local entities that were put into place to “serve and protect” have time and time again chose to only serve the most privileged in our society: those who are white, wealthy and Christian. With a long track record of corruption in these organizations, the police and justice system have put the well-being of the privileged over the ladder, which explains why poor, Black, Brown and Muslim communities are affected by the consequences of over-policing more than others. Jennifer Ulloa explains it best when she stated, “The more policing in a community, the more arrests for nuisance crimes. The more arrests for nuisance crimes, the more dots populated on a crime map. The more dots populated on a crime map, the more reason for policing. And the dangerous feedback loop goes on.” When more methods of surveillance, such as facial recognition, databases, algorithms, fingerprint screenings and police presence, are put into these communities by biased and corrupt parties, more Black and Brown people are taken hostage by the vicious cycle of mass incarceration. These unwarranted arrests cause generational harm and trauma in our society. Shocking statistics have shown that African Americans are incarcerated at more than 5 times the rate of white people. Many of these new arrests can be attributed to recently developed software used by police departments nationwide.

Research has shown that the technology being used to inspect these communities of color are inherently and implicitly biased. Algorithms made by humans, predominantly white ones, carry racist ideologies into technology. The codes that are written usually take the political and societal views of the coder. This means that in a racist society that has biases toward certain groups; these codes and algorithms will take these racist ideologies. These discriminatory premonitions are most prevalent in facial recognition.  In a 2019 study, police officers from the U.K. warned the public about the dangers of these services. They stated that “such software may ‘amplify’ prejudices, meaning some groups could become more likely to be stopped in the street and searched.”  These groups being the Black and Muslims ones. Surveilling communities can keep our neighborhood safe, but they can also lead to increased violence towards people of color.

Surveillance of marginalized groups is not a new phenomenon. It has been the FBI’s most effective way to maintain and exterminate threats it sees in citizens. Many prominent leaders in the Muslim and Black communities have been monitored and watched closely by the government. Martin Luther King, Asata Shakur, Malcolm X and Fred Hampton are just a few names of Civil Rights leaders that were policed and controlled by the CIA and FBI during COINTELPRO. COINTELPRO was a secret FBI operation that “devoted more resources to harming the Civil Rights movement than any other task in its purview.” Files were uncovered that showed the extent the FBI went to track and trace these civil rights leaders. Databases, cameras and police presence all aided to the investigation. The over-policing even led to famous writer and leader Angela Davis having to flee the United States after constant persecution by the state and the assassination of Fred Hampton, the leader of the Black Panther Party.

These issues resurfaced post09/11, with the subsequent discriminatory treatment of Muslim Americans living in New York City. Innocent Muslims were bugged and stalked by the NYPD as potential “threats.” Along with the monitoring, Muslims men were added to a register. This database included men ages 16-25 from 25 majority Muslim countries. These citizens were closely monitored and had their constitutional freedom of privacy stripped away. Government agencies poured money into community programs that were surveilled closely in hopes of weeding out “potential suspects of terror.” The FBI also uses the tactic of stationing police vehicles in front of Mosques, community centers and other places of worship to keep track of who is going in and out. These policies were aided with cameras that are equipped with facial recognition and databases to store the intelligence.

After the protests in Ferguson Missouri in 2015, there was another re-emergence of FBI/CIA surveillance. In the wake of the murder of Mike Brown, a new social movement was mobilized called BLACKLIVESMATTER. The phrase was coined by two Black Women activists as retaliation for police brutality and systematic oppression. This time Black activists learned from the past generation of mobilizers and did not give the revolution a face; BLACKLIVESMATTER became universal. Without a face, the FBI/CIA could not track, surveil or even annihilate the protestors and destroy the movement. To counteract this, the FBI/CIA launched investigations into these community organizers, disguising it as “public interest”. They were labeled and stalked as “black identity extremists.” According to the ACLU, “The FBI is grouping unconnected Black people under the label “Black Identity Extremists” for surveillance and investigation – despite the fact that no such group exists. This is a threat to Black activists fighting for racial justice, not to mention our free speech rights.” Once again the police have failed to use their resources in places that need them. They invest time and money into policing Black and Muslim Americans that are ”suspicious”.

As long as this country fuels itself off of systematic oppression and racism, any means of good will be corrupt. Digital surveillance and other means of monitoring cause issues in Black and Muslim communities by invading privacy and perpetuating biased stereotypes. If we continue to let over-policing be allowed in Black and Muslims communities, the distrust will grow and so will the population of people in prison.  If we want to combat these issues we must first educate ourselves on the topic. We also must understand that many systems are not meant for the marginalized and try to fix this. One way we can solve the problem of corrupt technological achievements is allowing more Black and Muslim people to grow in computer science careers and coding in particular. By allowing more marginalized groups to have a say in technology, we can solve unconscious biases and lack of accessibility. There are also many alternative ways to keep communities safe that don’t include conventional ways of policing. One way includes communities policing themselves and relying on the cops as a last resort option. Communities should be given the skills to effectively assess and fix the situation of dangerous situations. If this right is only reserved for the police department and justice system and not the people, these systems will remain corrupt and Muslim and Black communities will be affected the most by the corruption.

While we can all agree that a safer society is ideal, surveillance is a detrimental means to a nearly unattainable end. America seems to cling onto the notion of freedom – but are we really free when even the walls are listening?