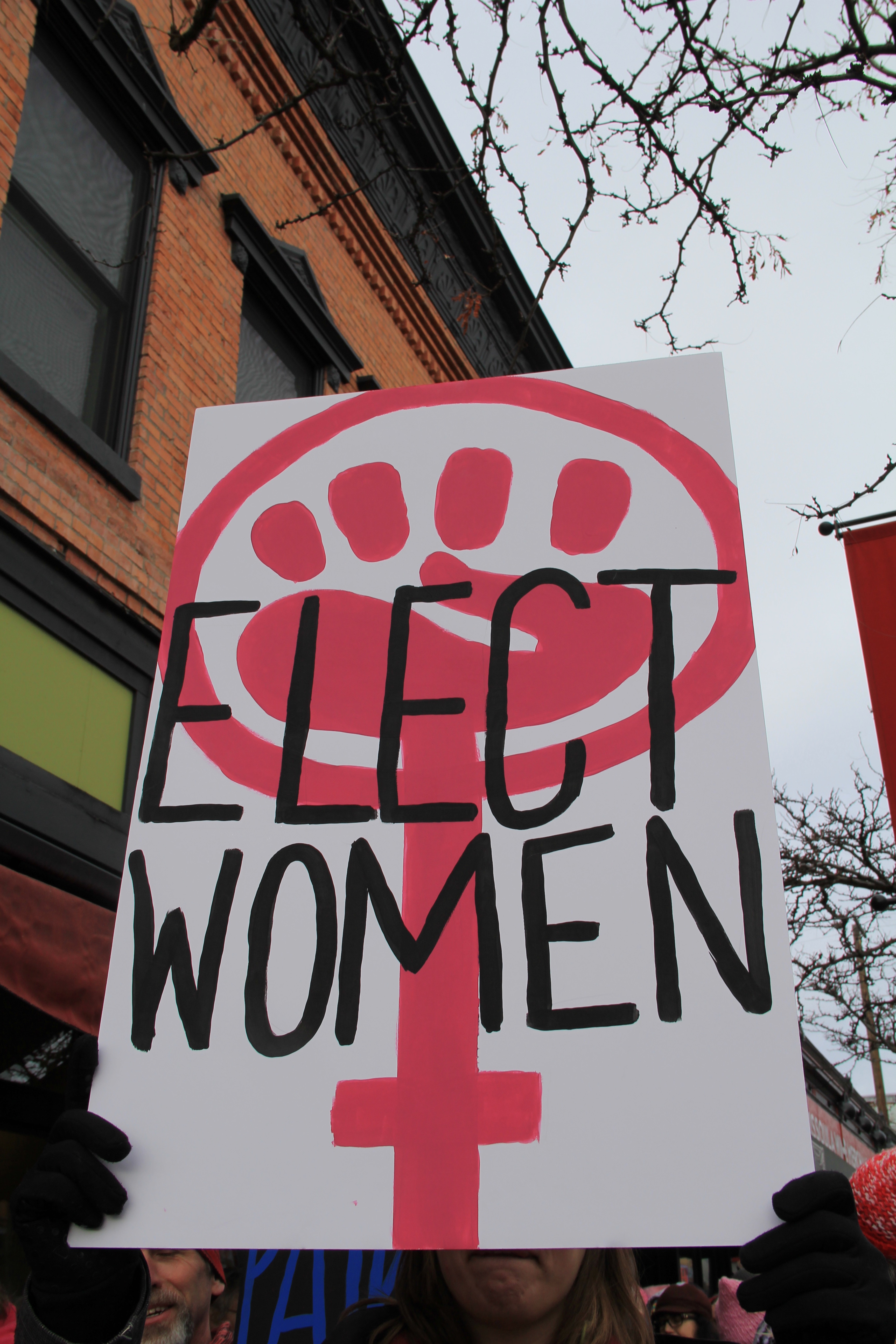 Tampons Are a Necessity Yet Are Being Taxed Unconstitutionally

Beyond the monetary burden this antiquated policy places on women, the taxation on feminine hygiene products carries with it unconstitutional ramifications. As Erwin Chemerinsky, Dean of the UC Berkeley Law School, argues, “The tampon tax amounts to sex-based discrimination in violation of the equal protection clause, both under state and federal constitutions — making it more than merely unfair or inequitable, but unconstitutional and therefore illegal.” This is why the gesture by Governor Gavin Newsom, while appreciated, does not go far enough. A provision within a budget is susceptible to the ebbs and flows of politics and does not provide reassurance that women’s needs will continue to be protected. In Mr. Chemerinsky’s words, “As a matter of policy, compassion and common sense should rule. . .But as a matter of law, the argument extends far deeper.” So, clearly in order for this type of discrimination to end, there needs to be legal backing to these gestures. The institutionalized taboo around menstruation, however, helps to perpetuate this type of discrimination by impeding legislative dialogue. Lawmakers in the US, over 70 percent of which are men, often shy away from any discussion on the matter and even more often don’t take initiative to remove this discriminatory tax or view it as a “tax break,” as former Governor Jerry Brown did in 2016. As a nation, we have to ask ourselves: is it okay for our states to continuously balance budgets on the uteruses of women?

Women’s underrepresentation in Congress plays an integral role in the persistence of the unconstitutional taxation on menstrual products. Studies have shown that Congresswomen introduce roughly twice as many bills that support women’s health as their male counterparts, according to research comparing male and female politicians of similar political ideologies. Therefore, by including more women in the legislative process, issues such as the “tampon tax” have a better likelihood of being addressed. While current trajectory does suggest eventual parity in Congress, the roughly 100 to 200 year timetable isn’t viable, to say the least. Currently, half of the countries in the world have implemented some form of gender quota system in their respective parliaments as a way of addressing the issue of women’s underrepresentation in politics. The U.S. certainly has incentive to implement a similar system, as it currently ranks 76th out of 190 countries in terms of women’s representation in legislatures. The result of this underrepresentation has been an irresponsible manner in which women’s health is prioritized legislatively in this country.

“. . .But if women had written these books, I know full well the subject would have been handled differently. They know that they stand wrongfully accused, and that the cake has not been divided up equally, for the strongest take the lion’s share, and the one who does the sharing out keeps the biggest portion for himself.” — Christine de Pizan, Der Sendbrief vom Liebesgott / The Letter of the God of Love

In addition to the discriminatory implications that arise with the persistence of a tax on menstrual products, gender inequity is reaffirmed, if not legitimized. How can we claim to live in a society that strives for gender equality when our politicians ignore or even support institutionalized dicrimination against women? In fact, it could be argued that in our current political system, guns receive more protection than women. In Tennessee this year, a budget surplus was used to eliminate a gun ammunition tax (savings consumers roughly $500,000 annually), while a previous bill proposed to eliminate the “tampon tax” was shot down. Heaven forbid we make it difficult to shoot a gun in this country. Instead, women will continue to be unconstitutionally taxed as a result of this blatant disregard for their needs. Menstrual equity is not a result of having social equality amongst genders, it’s a step towards creating it. Unfortunately, the preposterous manner in which we prioritize issues alludes to an ever-existing disparity between these aspirations and reality.

The institutionalized taboo around menstruation stems from a lack of education which consequently perpetuates both gender and menstrual inequities. On one hand, girls grow up being taught to be ashamed of their menstruation while on the other, boys have been encouraged to be irresponsibly immature around the subject. In order to break this cycle, it is vitally important to begin the process of menstrual education, for both boys and girls, earlier rather than later. UC Berkeley lecturer Kirsten Vacca, Ph.D. explains, “We have failed to educate men on women’s health issues which becomes a problem when, historically, men fill the majority of positions in government.” Men’s ignorance on menstruation is not an excuse for the persistence of an unconstitutional tax on menstrual products but needs to be addressed as it hinders social progress. Dr. Vacca also notes, “This relates to the general perception of periods as disgusting or polluting from the western male perspective, something that should be hidden, silenced, never discussed.” In an example of taking a step in the right direction; UNICEF created a comic targeted at boys in Indonesia to help educate them on menstruation at an early age, and the results have been overwhelmingly positive. The percentage of boys who felt that it was wrong to bully menstruating girls increased from 61 percent to 95 percent. The U.S. educational system should integrate similar methods in order to adequately educate children on menstruation, which would subsequently addresses gender inequity by creating a culture of empathy, not apathy.

This social inequity is often felt most by those closest to destitution — or those already there. Within the intersection of socioeconomic disparity and gender inequity exists a woman who is deciding between buying food to eat or buying the tampons she needs. Low-income women are especially afflicted by the discriminatory tax levied on menstrual products by many states that don’t view a woman’s menstrual products as a need, but a cosmetic luxury. In a survey conducted earlier this year of almost 200 women living in St. Louis, two-thirds recall at least one time over the last year in which they had to go without menstrual products due to the cost. To further exacerbate the issue, federal programs such as WIC (Women, Infants, and Children program) and SNAP (Supplemental Nutrition Assistance Program) do not make menstrual products available. This leads to federal programs which are created to assist low-income women being limited in their capacity to do so as a result of the blatant disregard for women’s health by our political system

It’s not often we wonder whether or not there will be toilet paper before walking into a public restroom, we just expect it to be there. Menstrual products exist in the same vein as toilet paper, yet we expect women to supply their own wherever and whenever they may need it. The underlying reason is that as a society, we view menstruation as a women’s issue that should be kept out of the public sphere and thus further perpetuate gender inequity. For those who menstruate, tampons and pads are a necessity and should be provided in the same way toilet paper is. Furthermore, girls in school shouldn’t be made to feel like they are experiencing a monthly illness when they are forced to go to the nurse’s office for an emergency tampon or pad. In 2018, New York State legislators were able to agree on a bill that included a provision that required public schools (grades 6-12) to provide free tampons and pads to its students. More states need to take similar initiatives in order to address the negative socioeconomic implications menstrual inequity creates.

The tax on menstrual products is not only discriminatory, it’s unconstitutional. A woman needs her tampons and is entitled to affordable access to them; it’s time that our tax policies reflect that. The mistakes of our past don’t need to follow us into our future. For decades we made women feel ashamed of something they have no control over, which subsequently reinforced gender dynamics that continue to afflict society today. By removing the “tampon tax” we can begin to deconstruct the institutionalized gender discrimination it helped reinforce. If the Department of Defense can spend upwards of $80 million on erectile dysfunction drugs, I expect my sister’s menstrual products to at the very least be tax free.