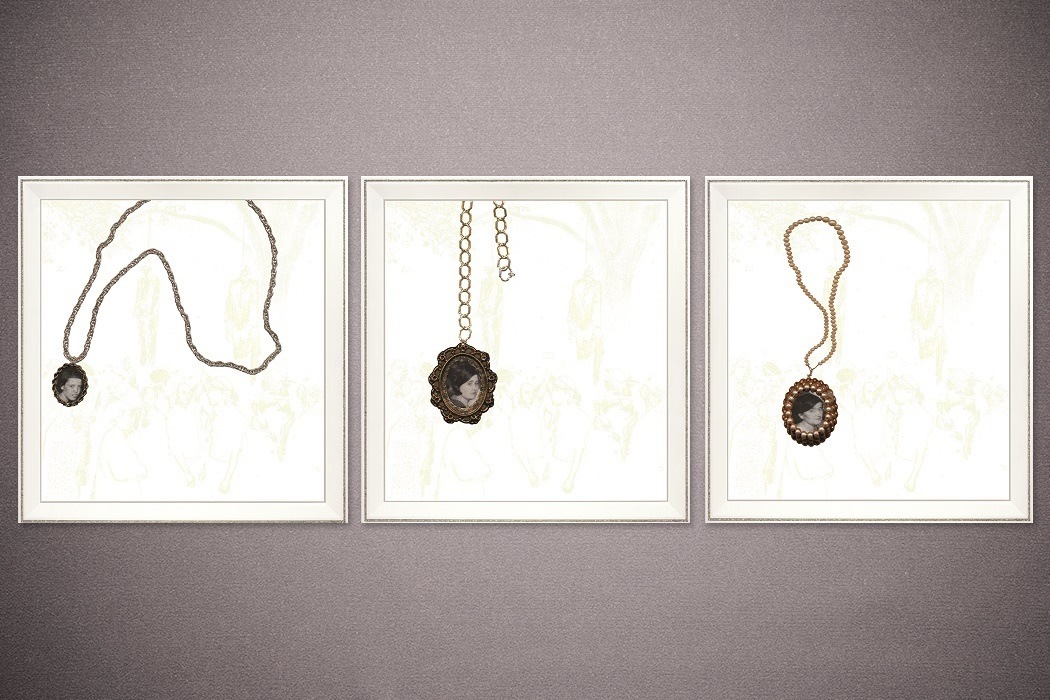 On August 7, 1930 in a small Indiana town called Marion, Thomas Shipp and Abram Smith were lynched in front of hundreds of White spectators. The images of their beaten, hanging bodies were circulated widely throughout the United States via postcard. The triptych above depicts three women who viewed the lynching that night, looking into the camera with no shame or humiliation. The artist, Kerry James Marshall, called the work “Heirlooms and Accessories” to highlight how White audiences aided and abetted the murder of Black individuals. And as shown by the different ages of the women, Black death became a heritable spectacle, an heirloom that could be passed down like the lockets that encase the women’s faces .

Though the practice of spectating has evolved since the nation’s founding, it has not gone away. With the advent of technologies such as Youtube and live streaming services, Black death has become an omnipresent exhibition for consumption. Everyone can be in the audience, much like those three women.

Empirical evidence suggests that America has a problem over-policing the Black community. Young Black men are 21 times more likely to die from the use of deadly force by police than their White counterparts.  Black women, whose stories are often left out of the narrative on police violence, fair no better than their male counterparts in their interactions with law enforcement. On average, 60 percent of Black women killed by police are unarmed. Whether at play, at work, or on their own property, Black people are a target for state sponsored violence. Sandra Bland, Philando Castile, Tamir Rice, and now Stephon Clark are among the thousands of unarmed victims of police brutality.

But since the 2014 killing of unarmed teen Michael Brown, movements aimed at reducing police violence against the Black community have emerged. People took to the streets and protested, resulting in reform in police departments nationwide. By 2015, 95 percent of large police departments in the U.S. implemented body cameras or committed to doing so in the near future. Additionally, the Justice Department intervened in police departments that were pegged as using excessive or deadly force. Logistical reforms seemed to suggest a possible solution to violence against Black bodies.

Despite the popular conviction that body cameras and sensitivity training from the U.S. Justice Department would decrease deaths at the hands of police, the number of police killings has not changed. Police killed 987 people last year, slightly up from 2016. Of the 987 people killed in 2017, 223 (or 23 percent) were Black, but Black people only represent 13 percent of the U.S. population. Framed another way, that means that police killed a Black person about every two days last year.

To make matters worse, police accountability is abysmally low. The law has a habit of failing to convict officers who improperly utilize lethal force. According to CNN, 80 police officers were arrested for on-duty killings between 2005 and April 2017. Only 35 percent of those officers were convicted. This may seem to provide proof that officers are justified in their actions, but that is short-sighted. It’s very difficult to see how the law can fail to bring charges against Daniel Pantaleo, the officer who choked Eric Garner to death for allegedly selling cigarettes illegally. It’s hard to fathom how the officers responsible for the death of Tamir Rice, a 12 year old boy playing with a toy gun, faced nothing more than getting fired from their jobs.

So, why aren’t things improving given the implementation of accountability measures? Why are police still disproportionately killing Black people? Why are police officers rarely convicted for killing unarmed citizens? Like most of the insidious ills that plague America, the answer lies in the past.

In the late 19th and early 20th centuries, lynching- the capturing, torturing, then hanging Black bodies- was a common practice. White mobs would lynch individuals for the slightest “offense”. According to the NAACP, approximately  3,446 Black people were lynched in the United States between 1882 and 1968 . The data on this, however, is flawed due to the unknown amount of unreported lynchings that occured. We may never know the exact number of Black individuals murdered by White lynch mobs. Historian Isabel Wilkerson estimates that a Black person was lynched every four days in the United States during lynching’s height, roughly the same time period. Based on the data we have, police are killing greater numbers of Black people today than the angry mobs were during Jim Crow.

Lynching has left an ugly legacy that Black people are still suffering from today. Perhaps the most horrifying part of Jim Crow era lynchings was not the act of murder alone, but the culture surrounding it. It was a spectacle, a community event. White families would bring their children and send postcards of mutilated Black bodies, just like the one of Thomas Shipp and Abram Smith, to friends and relatives. Police departments often turned a blind eye to the murders, even facilitating the lynch events.

While people aren’t sending postcards of police shootings today, the sense of spectatorship is still present in modern media. Videos showing the gruesome murders of Philando Castile and Alton Sterling rocked the Internet and cable news. With new technology, most recently body cameras, anyone can watch police kill Black people. Everyone has a front row seat. Police brutality has replaced lynching as the main vehicle through which people can view Black death. In a way, it is productive to visually confront the violence perpetrated against Black bodies, but this practice also serves to desensitize the American public to the egregious actions of U.S. police and the tragedy of lost life. The rules of spectating are different, but that doesn’t change the fact that watching Black people die is still a national pastime.

All of this is hard to digest, but where does that leave us now? Well for starters, it leaves Stephon Clark who was 22 years old and standing in his grandmother’s backyard, shot 8 times in the back by police. It leaves families broken and potential squandered. It leaves the rest of us asking: How do we purge the the need to view Black death from our culture?

Like every issue of discrimination and inequality, it’s complicated. But if anything is going to be accomplished, we have to acknowledge police brutality’s beginnings in lynching culture. We also have to acknowledge that nothing has changed because White America has viewed violence against Black bodies as a spectacle since the nation’s founding. Body cameras don’t make police more tolerant or increase accountability. If anything, they enable the culture of spectatorship that police brutality is rooted in. Now, cameras allow more Americans to be accessories to murder and it eases the inheritance of these hateful heirlooms. Ending police violence requires a dismantling and rebuilding of the entire U.S. justice system and, perhaps, a reimagining of what justice looks like. Unfortunately, no simple solution to brutality or Black death as spectacle exists. But we could start by understanding and accepting where this American tradition came from.

Jalen Banks
More from The ReviewMore posts in The Review »