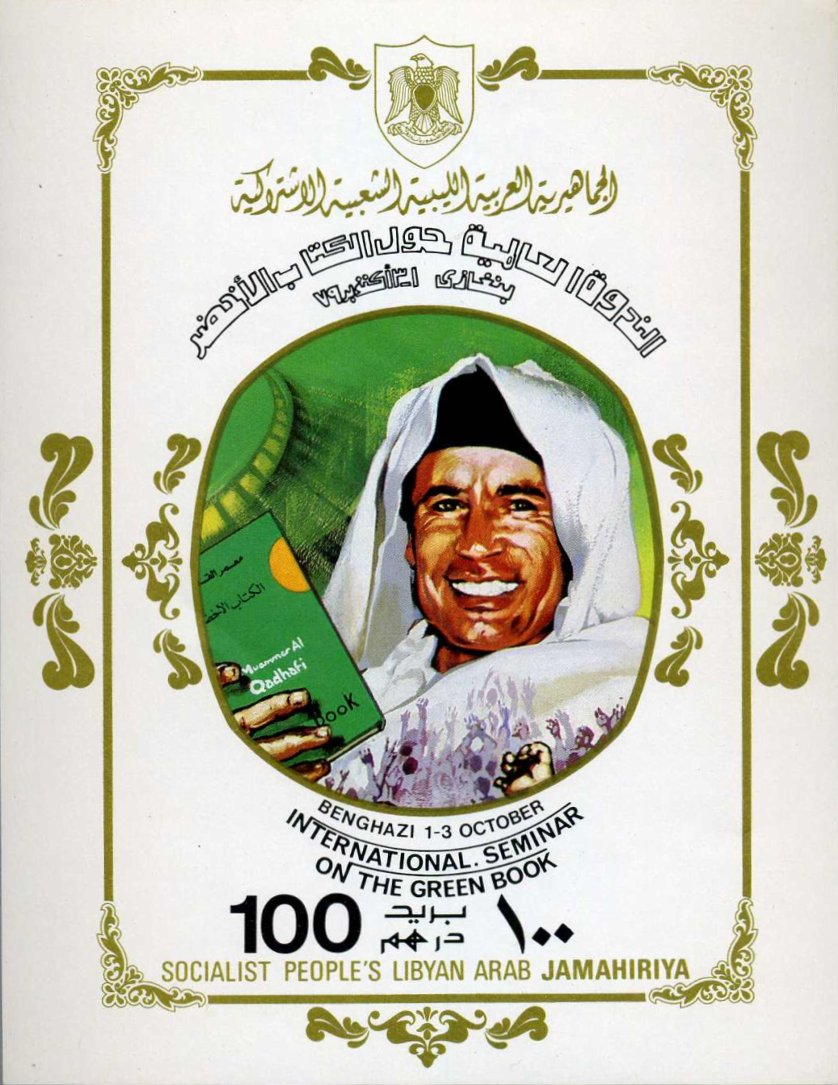 The internet will tell you that a bullet wound could heal within no more than two weeks, barring any tissue or bone damage. But one can imagine some degree of psychological trauma contributing further to a healing process. Consider the cause for bullets flying to begin with and the timeline continues to extend. Dozens of gunman allegedly affiliated with the self-proclaimed Libyan National Army (LNA) rushed into the home of Libyan parliamentarian Siham Sergiwa, bringing the family to its knees in the living room and shooting husband Ali Sergiwa. Their teenage son was beaten, and then Siham was abducted.

This scene came two months after the LNA began its assault on western Libya for the political gain of General Khalifa Haftar and less than a decade since Muammar Gaddafi’s ousting in the NATO-backed First Libyan Civil War. Both Gaddafi’s government and military and Haftar’s political militia have utilized fear tactics like those faced by the Sergiwa family. While two civil wars have produced similar, catastrophic effects on the regional human rights and safety situation, the two men behind each outburst of national violence differed in goals.

Most civilians in Libya are used to living heads-down, scared of the state authority. In the 2011 uprising, what a person said could make one hunted in the street and at home by Gaddafi’s army. What many may not realize is that this has consistently been implicit in only Haftar’s attitude since his role in Gaddafi’s coup d’ètat. Yet the now-common vision of Gaddafi as a corrupt political war criminal is, in fact, is unacknowledging of the significant contributions he made to Libya’s growth and stability in the late 20th century. Ignored also is the political philosophy he strived to implement internationally.

Gaddafi’s political exposé, the Green Book, was a collection of three essays published between the years 1975 and 1981. The first two publications critiqued capitalism and communism and the third proposed the Third Universal Theory, Gaddafi’s solution. In implementation, however, Gaddafi contradicted himself in the subjugation of Libyan society.  Every person in Libya, since the time of its publication until the 2011 uprising, has studied institutionalized commentaries, readings and lectures on the Green Book during theirformal education. Since the end of Gaddafi’s regime, the book has lost virtually all publicity and what little acclaim it had, making for a mystery the positive aspects that could have been.

Consistent throughout the book are thoughts on the organization of people: the tribe, the class, the political party, the family and the nation. These thoughts are divided by those with natural occurrence and necessity and those which are manmade and misdeveloped, giving cause for nullification. The human connection seems to convene in Gaddafi’s delve into the “Law of Society”: “The human being is essentially, physically and emotionally, the same everywhere. Because of this fact, natural laws are applicable to all. However, constitutions as conventional laws do not perceive human beings equally.”

What differs between other contemporary political philosophies and Gaddafi’s ideology is in where the laws of society are to be found. While we typically see an abstraction of virtues and morals to be the basis for law, translated into constitutions, Gaddafi believed religion must be the root of policy: “Religion contains tradition, and tradition is an expression of the natural life of the people. Therefore, religion is an affirmation of natural laws which are discerned therein.” The prominent ethic Gaddafi derived from religion, it seems, was the universality of reason and the status of familial organization.

Gaddafi claimed that anyone who denied the organization of people into social units of families, families into tribes, tribes into nations and nations into humanity was ignorant. He also expressed a hierarchy to the cohesion, claiming a focus on the family reaps better social livelihood. In solution to the amassing critiques, his proposition comes to light of ‘committees and conferences’ serving to politicize the entire state. Through subgroups of citizens working to, in essence, govern themselves, the world was to be guided towards a practical, direct democracy. This was how Gaddafi saw the ideal free society. His efforts to reach this social system were, at first, promising and recognition is deserved. As citizens began to realize their disenfranchisement, however, disorganization led to ultimate demise.

Gaddafi’s first act following his late-1960s era coup was to combat the economic structure of foreign influence, manifesting in Libya’s then-unseen oil profits. To reclaim domestic control, Gaddafi made threats of shutting down the entire oil system in Libya to renegotiate revenue streams. Libya became, in the 1970s, the first developing nation in majority control of its own oil production, which quickly stabilized the economy and set a precedent for other oil-producing nations to strike deals for control of their exports. The influx of revenue allowed Libya to begin a thorough economic expansion plan nationwide, using $20 billion USD to move towards food and water security. With sufficient success, Libya’s government had the capability to begin political reforms. Gaddafi headlined the shift in petroleum power and validated his voice on the domestic and international stage. His influence grew over the Arab and African world. Support and assistance with liberation movements across the continent earned him the respect, loyalty and friendship of other freedom fighters, such as Zimbabwe’s (then Rhodesia) Robert Mugabe and South Africa’s Nelson Mandela. Gaddafi was recognized by his bloc as a figurehead in the anti-apartheid movement. This power may, tragically so, have been the catalyst for Gaddafi to begin the shift in political structure towards his philosophy.

The institution of Green Book political organization had, during its forty years of use, disenfranchised the population, unbeknownst to much of the international community. The image of Gaddafi at the time was much closer to that of someone who had given power to the people and was leading alongside them and unifying those around him. In fact, the system Gaddafi put in place took power out of the public hand, disorganizing the masses to prevent any loss of control. In a rise of public strife, Gaddafi reimagined gruesome and ruthless fear tactics, recklessly assaulting his constituents up to an abrupt and inconclusive death; his death effectively ended the regime but opened doors for others to continue the tradition of hostilities.

Gaddafi was not alone in his exploits among counterparts. Those involved in his anti-apartheid coalition, such as Mugabe, performed in their positions with perhaps equal turbulence. Gaining power in the late 1970s, Mugabe proclaimed drastic and immediate changes would ensue to ensure security for the black community, victimized since 19th century British settlement. Mugabe then transitioned his developments to build a Marxist state, violently using and holding on to his power until the eventual 2017 coup d’état. Though religion held less emphasis, its prevalence was still imminent. Mugabe received strong financial support from Gaddafi during his pre-election organization of public disobedience, as did various other communist-leaning nations and groups deemed “terrorist organizations” by the United States. This could in part be due to affiliation with communist superpowers, as the anti-apartheid movement paralleled the Cold War. It is also clear that strategy among many of these pan-African leaders was unnecessary violence and subjection to inexcusable removal of freedoms.

A consistent tactic in post-colonial African regime’s defensive toolkits has been to cripple the social fabric and infrastructure of the state, to violate human rights and prevent the population from reaching democracy or self-governance. What differs is the situations leading up to these conflicts and the associated mindset that came with such gruesome defenses and attacks. Haftar has shown repeated efforts in the last decade to gain political power, through uprisings and military force. While his lack of actual political experience, other than as a chief military officer, prevents us from making any absolute claims regarding how he would govern the state, his blatant disregard for citizen’s rights suggests an ugly picture to any tenure he hopes to seize. The question most critical to ask of any future Libyan figurehead is in what capacity they intend to utilize religious unity and to what degree they will facilitate control of direct democracy.