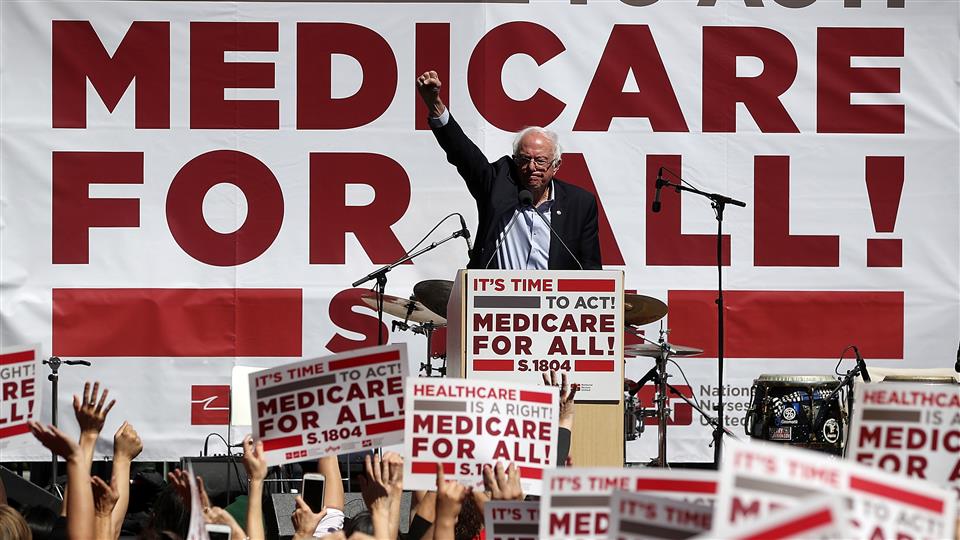 Medicare for All: Resolving the Affordability Crisis Obamacare Didn’t

Prior to the enactment of the Affordable Care Act — or, as it is more commonly known, Obamacare — health insurance in the United States failed Americans in two significant ways: it did not cover a sizable amount of the country, and it did not make healthcare affordable. Health insurance companies were legally allowed to deny people coverage for having pre-existing conditions — medical conditions a person has before starting a new healthcare plan, such as diabetes, cancer or even pregnancy — and could charge people more if they had such conditions.  During this time, nearly 30 percent of Americans either did not have health insurance or were underinsured, meaning the health insurance they did have did not adequately pay for healthcare costs, especially in relation to their income. Unsurprisingly, this inadequate coverage disproportionately affected the poor, as well as people in the middle income bracket.

Fast-forward to present-day: Obamacare has been in full effect for five years (the law passed in 2010, but most reforms did not take effect until 2014), and the amount of people covered by health insurance companies has undoubtedly increased. The biggest accomplishment of Obamacare to date is its provision of coverage to people who did not have healthcare before, expanding access to low-income individuals and people of color especially. More than 20 million Americans gained coverage through Obamacare, such that in 2018, 8.5 percent of Americans were uninsured — a 21-point improvement from pre-Obamacare days.

However, the Affordable Care Act fails miserably in honoring the “affordable” part of its name. Of the 27 million still uninsured, 45 percent cite cost as their reason for not getting coverage. Healthcare in the United States remains the most expensive in the world because profit-driven insurance companies charge absurdly high prices. The United States spends over $3.5 trillion on healthcare, or almost $11,000 per person, whereas other wealthy countries spend about half as much — and return better health outcomes. For such a steep price for healthcare, it would not be too much of Americans to expect quality medical services. Yet, Americans have worse health outcomes and higher infant mortality rates than is expected for a major country, much less the richest country in the world.

Where United States healthcare spending is on par with other countries, however, is in its government-funded healthcare systems — Medicare and Medicaid, programs that often offer the lowest prices for healthcare compared to private insurance companies. The government can negotiate prices down significantly for people using public health insurance because public insurances cover a wider amount of people than the hundreds of insurance companies that have to share the remaining population. So if hospitals refuse to accept the negotiations made by the government for Medicare and Medicaid patients, they lose out on a lot of business.

Yet private insurance companies are still allowed to exist under Obamacare. And while Obamacare provides discounts to offset insurance costs for people at or four times the federal poverty level, it is definitely not making the cost of healthcare any more affordable. In 2016, insurance premiums for families increased 20 percent since 2011 and 58 percent since 2006. The high cost of healthcare has resulted in about half a million families filing for bankruptcy each year — that’s a whopping two-thirds of all bankruptcies.

On September 14, Vermont Senator and 2020 presidential hopeful Bernie Sanders took to Twitter to ask his followers, “What’s the most absurd medical bill you have ever received?” While not the most scientific way to determine the affordability of the current healthcare system, the responses to Sanders’ question highlight a real need to overhaul the current system. People cited medicals costs upwards of $60,000 for an appendectomy and over $45,000 for hospitalization after being hit by a drunk driver.

Perhaps most revealing of the unaffordability issue is that people have turned to crowdfunding platforms like GoFundMe as a replacement for health insurance, according to GoFundMe CEO Rob Solomon. He added that one-third of all donations on the platform goes toward medical expenses.

Cue Medicare for All, a government-run universal healthcare plan penned by Senator Sanders. Compared to Obamacare, this plan would assure everyone coverage; like Medicare and Medicaid, the government would be the ultimate price negotiator. In its purest, unadulterated form — Sanders’s original bill — the government alone covers the cost of all necessary healthcare, hence the commonly used term “single-payer” to describe the plan. Medicare for All would do away with private, profit-driven insurance companies, putting an end to out-of-pocket payments, such as deductibles and copays. Ending private insurers also ends “out-of-network” healthcare professionals, increasing accessibility and choice, as people will be able to see any doctor they choose.

In terms of prescription drugs, Sanders proposes limiting an individual’s payments to $200 annually. Under a single-payer system, pharmaceutical companies will no longer be able to put profits before people by charging high prices for necessary medication. Take insulin, for example, a life-saving drug for diabetics that costs a few dollars to make. Several pharmaceutical manufacturers have marked up the drug more than 5,000 percent, which has left people resorting to rationing their insulin, a sometimes deadly course of action. In the past three years alone, rationing insulin has cost 10 people their lives. Under Medicare for All, no one will have to desperately choose between life or debt.

Of course, as Republicans like to tout, there’s no such thing as a free lunch. To pay for all this, Sanders offers several proposals, most of which target the highest-earning income brackets, such as a wealth tax on the top 0.1 percent of income earners and increased income and estate taxes. While everyone but those making less than $29,000 would pay into the system, the tax system for the remaining population would be progressive — that is, those with the highest incomes pay the most. Sanders argues that despite an increase in taxes, the “overwhelming majority” of people will save money by not paying for unpredictably high premiums, deductibles and copays.

A majority of Americans now support Sanders’ healthcare proposal and want to see the United States join the rest of the Western industrialized nations that offer healthcare as a right, not a privilege. Since its growth in popularity among the nation, Medicare for All has become somewhat of a litmus test among “progressive” 2020 Democratic Presidential candidates who are trying to set themselves apart from centrist Democratic candidates, like former Vice President Joe Biden, whose plan is to expand and improve upon Obamacare. Senator Elizabeth Warren, a co-sponsor of Medicare for All and fellow presidential candidate, is known for having a “plan for that,” yet she has been suspiciously vague on Medicare for All. Warren claimed there are “a lot of different pathways” to Medicare for All and has called the plan a “framework” for healthcare, leaving herself room to make adjustments as she sees fit. But Medicare for All is not a framework — it is a detailed plan already written.

Two other candidates who co-sponsored Sanders’ bill — Senators Kamala Harris and Cory Booker — want a public healthcare option, but fall short of wanting to eliminate private insurance companies. Harris walked back her support for Medicare for All in August, reassuring wealthy donors she was not comfortable with Sanders’ plan and that she would, in fact, keep private insurers. The problem with retaining private health insurers is that it fails to eliminate the issues associated with Obamacare — so long as private, profit-driven insurance companies exist, people will be paying higher prices for medical services they could receive cheaper with a public option.

Compared to its preceding healthcare system, it is no doubt Obamacare improved coverage in the United States — but it is high time we provide equitable, cost-effective and accessible medicare for all.