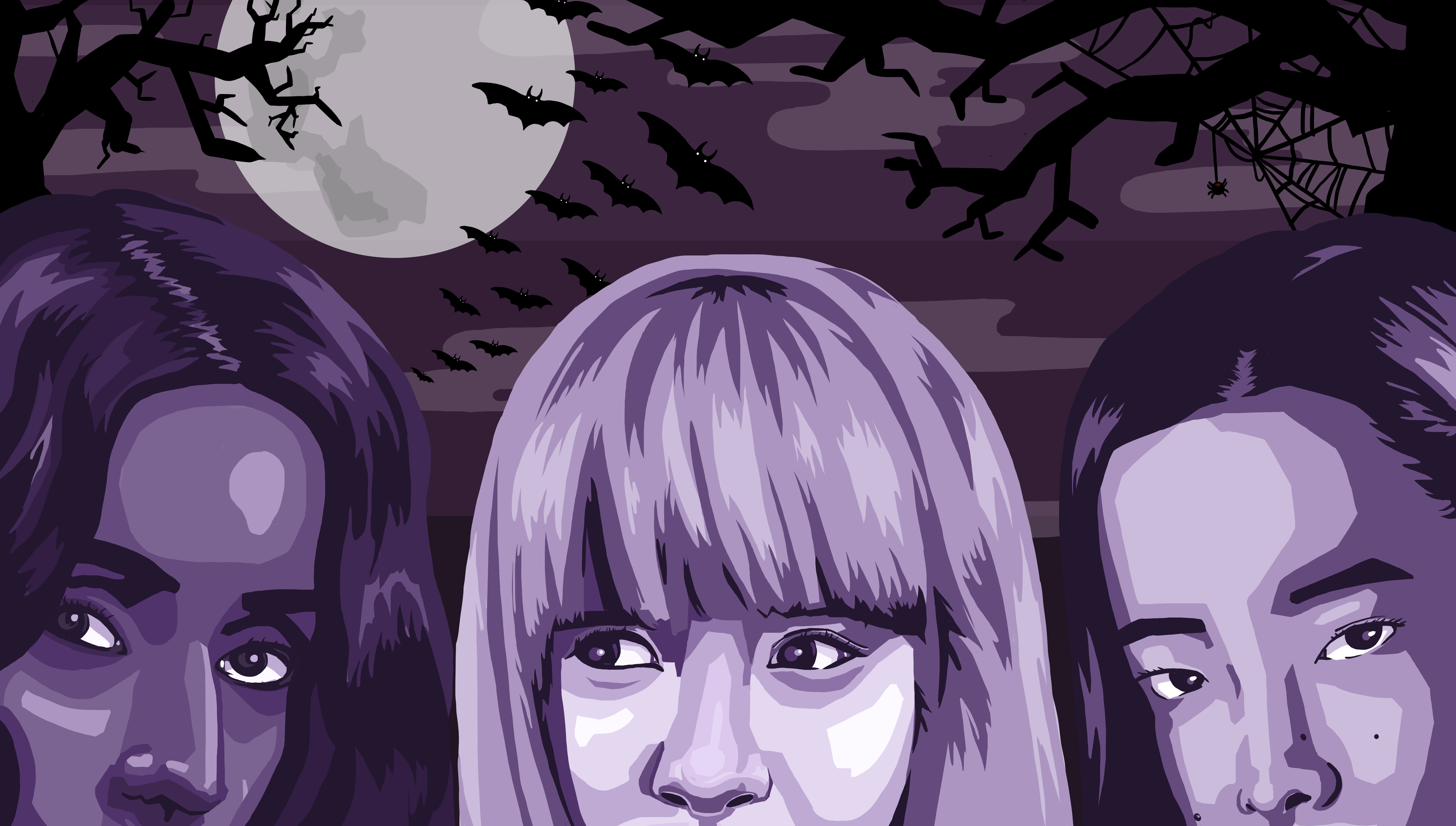 Something Wicked This Way Comes…And It’s Not Halloween

Warning: This article deals with sensitive issues, such as domestic violence and sexual assault.

October: pumpkin spice lattes, sweater weather and spooky Halloween. For a day, or even days if you count “Halloweekend,” you can pretend to be someone or something else. You can escape your reality and dive head-first into a world of manufactured fear: laughing at every non-threatening jump scare, watching all too similar horror movies and partying like there’s no tomorrow alongside Pennywise the Dancing Clown. But for many, escaping reality is an impossible or distant dream. For many, fear is not limited to a world of pretend, it is an emotion rooted in reality: real threats, real violence, real life-or-death scenarios. For many, there is a legitimate fear of no tomorrow. October is Domestic Violence Awareness Month.

One awareness tool often left out of discussions surrounding domestic violence is the media. Without a shred of doubt, the media serves as a catalyst in exposing the cruelty and pervasiveness of intimate partner violence, as seen in the #MeToo movement. Regardless of the media’s intentions, it often fails to debunk the many myths surrounding domestic violence, such as the prejudiced “Why didn’t she leave?” and “Why didn’t she stand up for herself?” questions. These biases find their way into the minds of all of us, including police officers who respond to domestic violence calls, doctors who greet survivors at the ER and lawyers and judges who set legal precedents and shape policies.

Why Didn’t She Leave or Stand Up for Herself?

Leaving an abusive relationship is not as simple as an outsider may assume. According to Rachel Louise Snyder, “The reality is that many victims are actively and stealthily trying to leave, working within the system that exists and step-by-step, with extreme vigilance, doing everything they can to escape.” Survivors may choose to remain in an unhealthy relationship for a variety of reasons, including fear of retaliation, fear of harm to children, fear of being outed, denial of abuse, self-blame, financial dependence, cultural norms, immigration status, disability and love. People of color face additional barriers in leaving an abusive relationship. For example, people of color — for the most valid reasons — may hesitate to turn to law enforcement for support and may consider how the abuse may reflect on their race, culture or religion. Leaving an abusive LGBTQ+ relationship presents its own nuances, especially because of the heteronormativity inherent within the notion of “gender-based violence.”

Big Little Lies: A Case Study of How the Media Portrays Domestic Violence (Spoilers Ahead)

Big Little Lies is a whodunit tale centered around five wealthy mothers of Monterey, California. However, Big Little Lies is more than a murder mystery and a guilty pleasure TV show, for it offers a complex, well-researched portrayal of domestic violence. Celeste, played by Nicole Kidman, seems as though she has it all: a successful law career she gave up only for her two beautiful twin sons and an admiring husband, Perry. This facade quickly shatters as we learn her seemingly perfect life is instead a battle zone. We see the screaming, the hitting, the kicking, and the “rough sex,” all in the name of love. We see Celeste, after horrific and repetitive abuse, neither call the police nor confide in friends. Her focus is the well-being and protection of her twins, and she remains fixed on what a fun and devoted father Perry is to them. We see Celeste in therapy, progressing from denial and self-blame to buying an apartment and planning her escape. In the final episode of the first season, we see Celeste’s decision to leave her marriage, Perry’s resulting outburst in front of Celeste’s friends, Jane’s (one of the five mothers) realization that Perry was the man who also violently raped her years before and the five mothers’ unmediated murder of Perry. In the second season, we see how Perry’s abuse stemmed from his mother’s verbal abuse towards him, though Big Little Lies rightfully never excuses his violence. We see Celeste struggle with the loss of her husband and with PTSD. She begins to mimic the “rough sex” she experienced with Perry with many other men. She needs medication to sleep, which leads to her “sleep driving” herself into a car accident. We see Celeste battle for the custody of her sons, using her unyielding love as a mother, as well as her skills as a lawyer, to finally secure what she fought so long for: the safety of her children.

On one hand, Big Little Lies reveals the pervasiveness of domestic violence, even in seemingly perfect relationships. According to the National Domestic Violence Hotline and the National Coalition Against Domestic Violence (NCADV), one in four women experience intimate partner violence, and between 40 percent and 45 percent of women in IPV relationships experience sexual abuse. The show attempts to make a strong statement: domestic violence touches any and every community, and it is unacceptable in any and every community. In actuality, as Arielle Bernstein describes, Big Little Lies adds to our collective obsession with the lives of white, wealthy individuals and in turn isolates the narratives of people of color, low-income communities and LGBTQ+ individuals. In addition, by depicting violence through prominent celebrities, Big Little Lies sensationalizes violence, making the show more about the quality of the acting than the evil of the violence. Although Big Little Lies offers a nuanced depiction of domestic violence, by focusing on a white, wealthy couple played by white, wealthy celebrities, it ultimately fails to portray domestic violence as a human-wide issue.