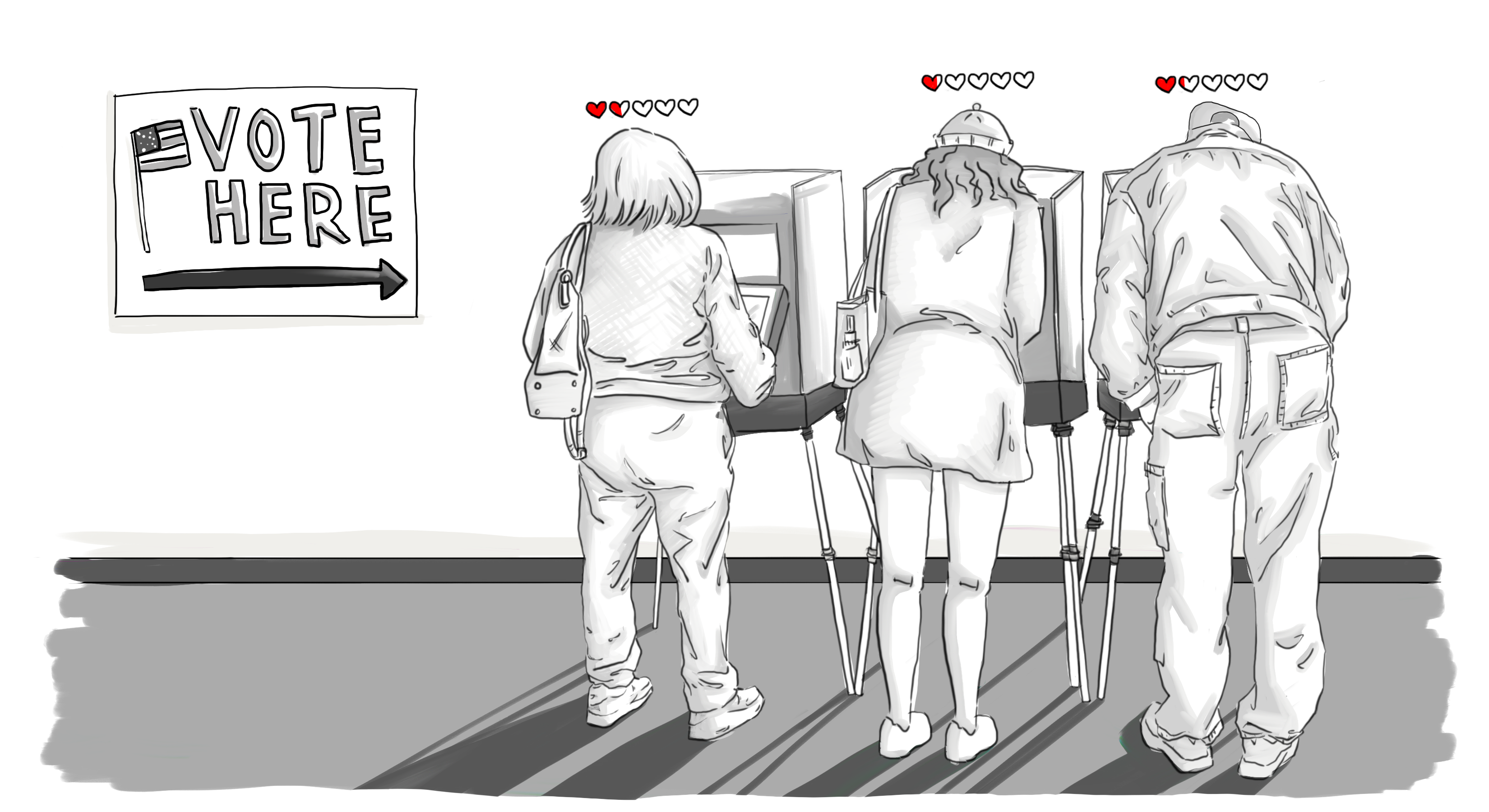 Imagine voting on Election Day; the process, you expect, will take under fifteen minutes. For thousands of voters, this is tragically just an empty wish — people might spend upwards of two hours at their polling sites, and in some cases, their votes won’t count at all.

For the past few decades, midterm voter turnout has hovered around 40 percent, never significantly increasing. As a response to the 2016 presidential election, however, political activism and voter engagement spiked. This was evident in 2018: national voter turnout rate reached 53.4 percent, with increased turnout among younger voters and minority groups. While this was a historic turnout for midterms, the elements that prevent people from voting blocked an even higher turnout. The restrictions on voter registration and voting access threaten individuals’ abilities to exercise the most basic and measurable form of civic expression.

While eligibility requirements vary by state, people are typically required to be a citizen of the United States, 18 years of age by the election and not a convicted felon. Meeting these criteria, however, does not guarantee the ability to vote. Many Americans face barriers when verifying their voter eligibility, registering to vote or while voting on Election Day itself. This results from the tight voting restrictions enacted in certain states. In some cases, these stricter policies can be beneficial: they ensure that voters have an accurate form of identification. Without accurate identification, it is possible that some individuals could vote multiple times or cast votes in other states, hoping to sway an election. While this is a legitimate concern, concrete evidence of historical voter fraud has been extremely rare. In both the 2012 and 2016 elections, minimal cases of voter fraud were documented. Tracing back 30 years, no instances of voter fraud have ever been found to alter the outcome of an election. Additionally, greater voter eligibility requirements can make voting more accessible to those who are legally registered by establishing constituents’ clear polling locations or statewide voting rights. On the other hand, minority groups are more likely to struggle with having valid identification; consequently, heightened voting restrictions would disenfranchise more racial and ethnic minorities, as well as younger or older voters who aren’t accustomed to carrying an ID. Ultimately, this would diminish minority and overall voter turnout.

Despite this, the barriers that block eligible voters from voting or registering to vote can hold severe consequences. In the 2018 midterm elections, the outcomes of specific races were substantially affected — or even flipped — by voters’ ability to cast their ballots on Election Day. In Atlanta, for instance, during the contentious gubernatorial race between former Georgia Secretary of State Brian Kemp (R) and Stacey Abrams (D), the impediments on physically casting votes proved extensive. Prospective voters complained about a tragically low number of voting machines, long lines, apathetic poll workers, malfunctioning technology and the absence of both provisional ballots and voting booths for disabled individuals. Even prior to Election Day, as the Secretary of State overseeing the election itself, now-governor Kemp delayed the processing of thousands of voter registration applications. Kemp’s offices attributed this to an “exact match” policy, meaning that any disparities between voter registration applications and other official records (such as a hyphen or an accent) would invalidate the application entirely. Kemp, in efforts to make Georgia “the most secure, accessible, fair state in the country for elections,” continued to oversee the election even as a candidate in the race, constantly pushing for stricter registration and voter purges. Only after the election — when his victory as governor was all but confirmed — did he resign from his position as Secretary of State.

As demonstrated in the case of Georgia’s gubernatorial election, the barriers preventing people from voting are largely technical in nature. In spite of this, the institutionalization of these barriers (in the form of absurdly strict voting policies) can be attributed to partisan motives. Across the state, voters are outraged that the votes they, in some cases, waited over two hours in line to cast were not counted or were inaccurately submitted. Kemp’s mismanagement of the election has led people to question his motives and delegitimize his reputation as a politician. In this election, it was clear that Kemp had personal gain at stake, which prompted him to rearrange the voting system to guarantee his advantage in an extremely close election. Thus, while no system of voting is flawless, politicians with authority can take advantage of voting legislation in a way that propels their personal political agendas.

With the truth of voter access crises apparent, certain people and organizations have prioritized efforts to alter this reality and empower voters. Abrams herself has taken it in her own hands to address the issue. Since the midterm election, she has founded Fair Fight, an organization that intends to combat voter suppression — as seen in Georgia — through implementing methods for people to understand their voting rights and for election officials to interpret laws in ways that promote voter participation. Fair Fight also encourages grassroots organizers to make efforts to ensure that voters can register, cast their ballots and know that their votes are being counted in an election. Other organizations like this exist, among them Let America Vote, Common Cause and Spread The Vote. Spread The Vote, for example, has launched Voter Ed, a civic and voter education initiative. Voter Ed’s mission is to increase voter turnout, promote constant dialogue about political processes and provide people with educational resources that address the fundamentals of voting. Ultimately, Voter Ed attempts to integrate the concept and discussion of voting into daily life, rather than only around election season.

The 2020 elections are approaching quicker than expected, and while it’s unlikely that voter rights issues will be completely resolved by then, it’s essential that the momentum for improving  current voting systems remains. As long as voting laws continue to restrain voters, voter turnout will not even remain stagnant—it will decline. The interests and needs of diverse demographic groups will not be accounted for. In totality, elections will not serve as complete representations of America’s population or its desires as the constituents of a nation. Rather, elections will continue to allow manipulation, putting the tangible means by which Americans exercise their political voices in jeopardy.