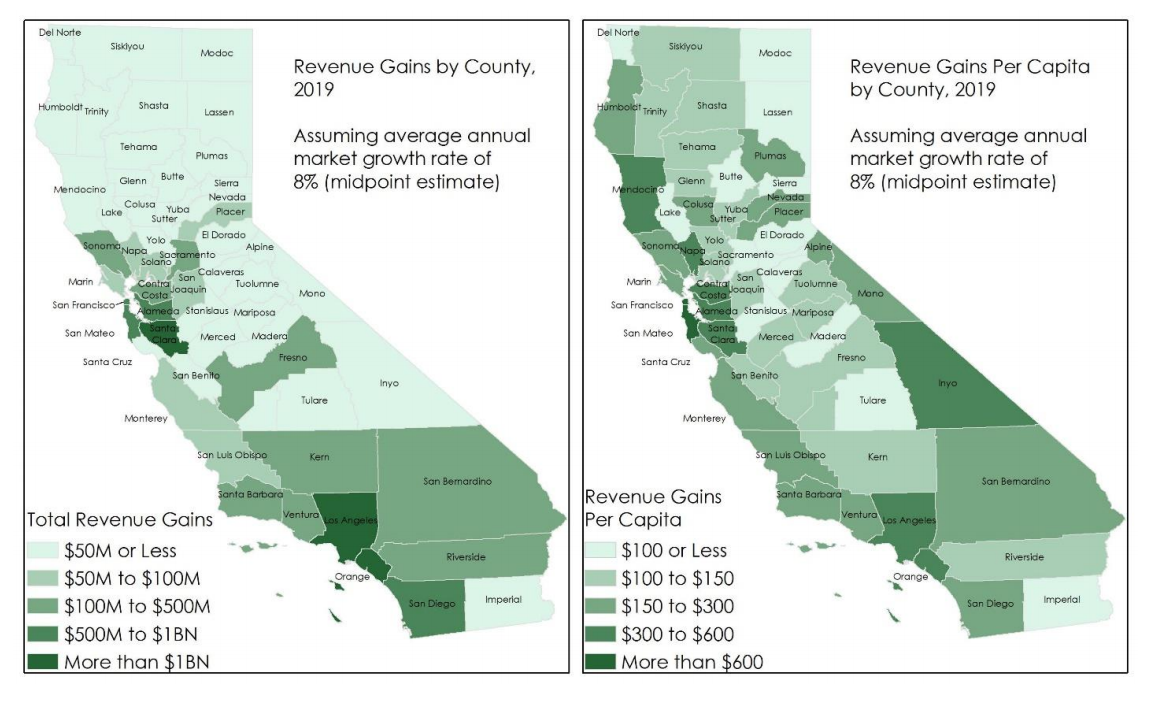 Proposition 13, passed nearly 40 years ago, has been benefiting large corporations by handing them massive property tax breaks. This seemingly innocuous anti-tax legislation resulted in fundamental changes to the division of fiscal responsibility in California’s government. Now, a statewide coalition is trying to fight this through a new ballot measure.

Passed in June 1978, Proposition 13 is a landmark ballot measure that stemmed from voters’ concerns over rapidly rising property values and property taxes. California home prices nearly tripled in the 1970s, causing property tax bills to soar alongside them. Corruption scandals involving several California assessors — elected county officials who sets values on properties and are responsible for carrying out regulations imposed by property tax laws — fueled voters’ fear of losing their homes. Led by anti-tax activists Howard Jarvis and Paul Gann, the Prop. 13 campaign passed in 1978 with the support of nearly two-thirds of California voters. Although Prop. 13 passed nearly 40 years ago with voters’ hope to control property tax increase, the measure created various financial problems, which could possibly be overturned by a new ballot measure in 2020.

Under Prop. 13, all real property has established base year values, restricted rates of increase on assessment no greater than two percent each year and a one percent limit on property taxes on the current assessed value. Properties that had not been sold and did not undergo new construction before February 1975 were given a 1975 base year value.

However, treating commercial property the same as residential property has led to a dramatic under-assessment of commercial property taxes. As a result, California relies less on property tax than most states, and instead depends on personal income tax, sales and use taxes and the capital gains tax, resulting in greater fiscal volatility of its yearly revenue. Immediately following Prop. 13, property tax payments dropped by roughly 60 percent, causing cities to cut back municipal funds; according to Henry Gardner, who was an Assistant City Manager for the City of Oakland in 1978, four Oakland fire stations and eight library branches were closed within weeks of its implementation. Local museums had to scale back their hours, and the city repaved the roads with alarming infrequency.

California also lost significant funding sources for its K-12 schools and community colleges as well. According to EdSource, California was 7th in the nation in per-pupil spending in 1977, the year before the passage of Prop. 13. However, it quickly dropped to 14th the next year and remained below the national average even during the economic boom of the 1990s. Ranked 41st among all states in spending per K-12 student in 2015-2016, California’s bare-bone budgeting seems to have a disproportionate impact on students of color; 3rd grade math and English language arts proficiency rates for Black students is 22 percent and 23 percent, each lower by at least 15 percent than the California average (40 percent and 38 percent, respectively). Although education spending per student may seem like an inaccurate reflection of the quality of education, spending and education have a strong correlation; researchers Rucker C. John from UC Berkeley’s Goldman School of Public Policy and Sean Tanner from Learning Policy Institute found that the Local Control Funding Formula-induced increases in district revenue has a “strongly significant” impact on average high school graduation rates for all students in the state. For example, a $1,000 increase in district per-pupil revenue for grades 10-12 leads to a 6.1 percent graduation increase for children from low-income families, 5.3 percent for Black children and a 4.5 percent increase for Hispanic children. While California’s individual cities and  statewide education system suffered financially, its businesses were not subject to the same fate.

Big corporations in California heavily benefited from loopholes in the measure. Intel’s plot of land in the heart of Silicon Valley has a current value of about $2.50 per square foot, while a professional office center just across the street was recently assessed with a value of about $126 per square foot. Chevron, with its underassessed properties (gas stations, oil properties and refineries), is saving over $100 million annually through Prop 13’s corporate loophole.

One of the most startling figures comes from the happiest place on Earth; with its tax loophole, it isn’t hard to see why. Because the bulk of the land in Disneyland was taxed at 1975 values, Disneyland paid five cents per square foot in 2004. If the land was reassessed to its 2002 values, Disneyland could pay $4,672,217,74 more per year in tax to Orange County. Due to the fact that properties are reassessed when over 50 percent of a property is purchased by a single owner, many corporations were able to dodge tax increase in their commercial properties even after a change of ownership.

A 2020 initiative seeks to shift this longstanding loophole by taxing commercial properties according to their current market value. Also known as the “split roll” tax system, the California Schools and Local Communities Funding Act officially qualified for the November 2020 ballot in an effort led by the Schools and Community First coalition. This coalition of nearly 300 endorsing community organizations, labor unions, business leaders, philanthropic foundations and elected officials created an opportunity for Californians to vote on the first commercial property tax reform initiative to be qualified for the ballot in 40 years since the passage of Prop. 13. The initiative proposes to tax commercial and industrial properties, except those zoned as commercial agriculture, based on their current market value,while continuing to assess residential property tax based on purchase price.

Researchers at the University of Southern California estimated that if commercial and industrial property were assessed at market value, an additional $11.4 billion in property tax revenues — revenues that could have been used to support schools and community services — would be generated statewide in 2019-2020. According to the split-roll initiative, the revenue from the tax will first be distributed to the state to supplement the state for decreases in the revenue from the state’s personal income tax and corporation tax and administrative costs for counties to implement the measure. Then 60 percent of the remaining revenue would be distributed to local governments and special districts and 40 percent for school districts and community colleges. To ensure equity, revenue will be pooled statewide into a special fund, Local School and Community College Property Tax Fund, and disbursed based on student need.

Closing the tax loophole through the new initiative would raise billions of dollars to fund public schools, local cities, and county services to help cities fix roads, extend library hours, expand health access and re-open fire stations each year. The initiative is expected to provide community colleges with $659 million in new revenue annually, which can help offset the rising tuition costs or create additional slots in the system. Cities like Oakland — with a 0.3492 in overrides for debt, including BART, schools, parks, city and community college — can benefit greatly with an additional revenue provided through the proposed measure by paying off their current bonded indebtedness more quickly. Furthermore, assessing land at actual market value could create incentives for California’s businesses to utilize their vacant spaces more efficiently. According to the Legislative Analysts’ Office, long-tenured properties are less likely to be developed, which Prop. 13 may have played in part in explaining this pattern. The split-roll measure can encourage California’s underassessed commercial lands such as car lots, strip malls, and sprawls to be made available for more intensive use.

In the 1992 case Nordlinger v. Hahn, Supreme Court Justice John Stevens said “as Proposition 13 controls the taxation of commercial property as well as residential property, the regime greatly favors the commercial enterprises of the [wealthiest], placing new businesses at a substantial disadvantage.” Many large commercial landowners lease their properties to other businesses, and likewise, new businesses tend to lease their primary premise more than older businesses. Six years after starting, nearly 88 percent of new businesses either rent their primary premises or operate out of a residence, such as a home or garage. Because lease rates are mainly set by market conditions instead of tax rates, taxing commercial properties at market rates would level the playing field for all land-owners with under-assessed properties. For this reason, startup companies in California should support the split-roll initiative, since it will give them an equal playing field to compete with existing companies

Not only would the new ballot initiative protect homeowners, it would help reassessed property tax flow from large corporations to municipalities and also protect local businesses. Now it’s time for cities, schools and community organizations to educate their residents on the ballot initiative to reverse the damages done by Prop. 13 and restore the funds to California municipalities.

Bella An
More from CaliforniaMore posts in California »