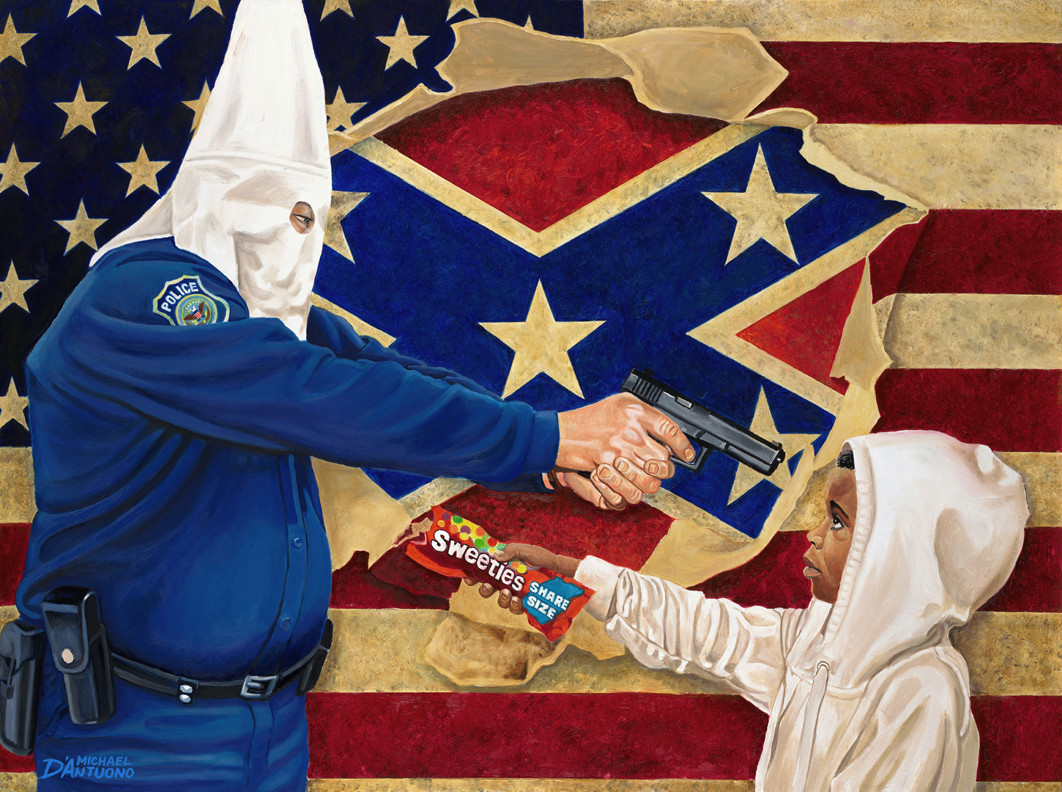 Amber Guyger: A Symptom of White Supremacy in American Policing

By now, almost everyone has heard the infuriating details of the murder of Botham Jean. As off-duty police officer Amber Guyger tells it, she mistakenly walked into Jean’s apartment and shot him dead, thinking him an intruder in her apartment. The idea that an African American man can be sitting idly in his own home, doing absolutely nothing wrong, and still find himself at risk of being shot by an overextending police officer is so absurd it’s almost satirical. But make no mistake, this is not an anomaly to the way our country’s police force operates.

Less than two weeks after the shooting of Botham Jean, Atatiana Jefferson was shot and killed in her own home by Fort Worth police officer Aaron Dean while playing video games with her nephew. The most agonizing part of it all: reports say it was supposed to be a wellness check. The people who are supposed to be these community’s protectors have become what are effectively state-sanctioned executioners, and the rift this has created will only exacerbate problems in these communities. How can someone be expected to call the police when they are truly needed when incidents like these happen all the time?

After Guyger’s trial came the news that the woman who recorded the aftermath of the shooting was fired from her job and had her professional license revoked for what her employer deemed as being a “black radical.” Retaliations of these kinds are not uncommon and frequently far more brutal in degree — this is just one of the sickening realities of black activism that often goes negligently underreported. One of the organizers of the Ferguson protests, which happened in response to the shooting of Michael Brown, found a python planted in his car. Even more startling, six of the men connected with the Ferguson protests have been found dead. Two were found shot in the back of the head inside the back of burning cars, one collapsed on a bus and three others were deemed suicides. One of the latter, Danye Jones, according to his mother, had beating marks on his body. To this day she claims her son was lynched, despite Ferguson police’s refusal to perform an autopsy and the subsequent suicide ruling by coroners. Reports like these are gravely concerning and must be looked upon with great scrutiny, for all signs point to a brutal and unpleasant truth about American policing.

Consider, for instance, the man who filmed the killing of Eric Garner, Ramsey Orta: police followed him around for years, ominously shining lights into his house late at night and harassing him until they eventually booked him on what Orta says are sham, retaliatory charges. Orta now faces four years in prison, where he has been subjected to beatings, threats and attempted poisonings at the hands of correctional officers. The fact of the matter is that black activists face extreme persecution by both our country’s law enforcement and prison industry. One need only to look into the most perfunctory of findings on the subject for the illusory veil of these supposed American ideals of freedom and protest to be quickly expunged and the naked truth of the brutal, unjust reality of our country to lie exposed before you.

In comparison with Orta, Guyger’s time in jail will likely be much easier. For an idea of what she will experience in prison, look to the experience of Robert Bates, a cop who was put in jail for a year and a half for fatally shooting an unarmed, restrained black man Eric Harris. Bates was under 24/7 protective custody, but the guards would let him out of his cell frequently, and he ended up not even serving half of the time he was supposed to, due to “good behavior.” Guyger’s experience will likely be much of the same — after all, the prison guards will view her as “one of them”, and police officers still think she didn’t do anything wrong.

What we are witnessing is a profound, structural issue of white supremacy endemic to America’s police departments. According to a Reveal News investigation, hundreds of police officers across the nation were found to be in overtly racist, alt-right facebook groups, where officers would trade flagrantly racist and hateful memes, such as “DEATH TO ISLAM UNDERCOVER” or “White Lives Matter.” It’s also no secret that in clashes between protestors, such as the recent Unite the Right rallies, police have always favored the white-supremacist organizations. For example, earlier this year in Portland, Oregon, a police lieutenant was caught texting and colluding with alt-right extremist groups in support of their marches. An FBI counter-terrorism report declassified in 2015 warned of this rise of alt-right members in our police force. According to the report, white supremacist, white nationalist and far-right militias had made concerted efforts and succeeded in infiltrating both state and local law enforcement.

In spite of all this, the Trump administration has all but halted federal oversight of police reform, in part by rolling back the Obama era policy of “collaborative reform.” This program made it so that police departments could reach out to federal officials for aid to bolster community relations and engender reform in troubled departments. It will now be replaced by a program to target gang activity and violent crime, despite the fact that violent crime is at a historic low.

To make matters worse, the FBI has not made any meaningful efforts to address the escalating white supremacy issue in our nation’s police departments. Instead, it has been found, through leaked documents, that the FBI has has pivoted to focus upon “black identity extremists” through a program codenamed ‘Iron Fist’, which allocates department resources to investigate, spy on and surveil black activists. One target, Rakem Balogun, has already been arrested on behalf of this crusade under the pretense that Balogun was susceptible to “use force or violence in response to perceived racism and injustice in American society.” Considering the FBI began monitoring Balogun due to what they said was his “social media activity and attendance at protests”, two things which are explicitly protected by the First Amendment, we should all be greatly concerned. However, this is nothing new⁠ — it’s simply a continuation of the FBI’s long, illustrious history of using taxpayer dollars to undermine and harass black activists under the guise of “national security.” Clearly, even at the highest levels of law-enforcement, good old fashioned American racism is alive and well.

Clearly, our country’s black and brown communities need change on this issue, and they need it now. The question then becomes: how? For one, we know that allowing police to investigate themselves on these matters is the most backwards and counter-intuitive solution possible. One need only look at the case of LaQuan McDonald for the most crass and disgusting display of this; police officer Jason Van Dyke shot the 17-year-old youth 16 separate times as the youth was running away from him, and immediately after, Chicago PD tried desperately to cover up everything that happened. Senior officials in the Department falsified police reports, refused the testimonies of eyewitnesses when they tried to give statements on what actually happened and planned the mysterious disappearence of some 86 minutes of footage, including the time when McDonald was shot, from the nearby Burger King’s CCTV cameras after police requested to review the footage. The fact of the matter is that this fraternization of police officers and their code to always cover for one another will always be a roadblock to justice.

The other problem is that local prosecutors rely on their city or town’s police departments to provide them with the evidence and testimony they need to secure convictions, so when it comes to prosecuting police officers, the conflict of interest is clear. The solution must be external investigative departments. Many black activists have detailed plans for such a department, with one of the most popular proposals suggesting to establish a special prosecutor’s office at the state level for cases, specially designated for the investigation of police violence. This office would be required and authorized to investigate all such incidents and to have its Chief Prosecutor chosen from a list of candidates given by community organizations in order to minimize the potential for the office’s corruption. Such a solution is only a piece of the puzzle, but it would be an incredibly important first step and would go a long way in correcting the grave, erroneous injustices that our current system is perpetrating.

It has been seven years since George Zimmerman was acquitted in the murder of Trayvon Martin and six years since the founding of the Black Lives Matter movement. Progress has been made but that progress has been slow coming and nowhere near enough. The Botham Jean case is all the evidence one needs that, seven years later, America still has a profoundly racist complex in its police departments. The fact that the incident even happened, regardless of whether Guyger’s been punished or not, speaks volumes about the current state of policing in America. It’s time to say enough is enough America, for our communities cannot afford to wait anymore for piecemeal cursory reform; the time for real, meaningful change in our country’s police departments is now.