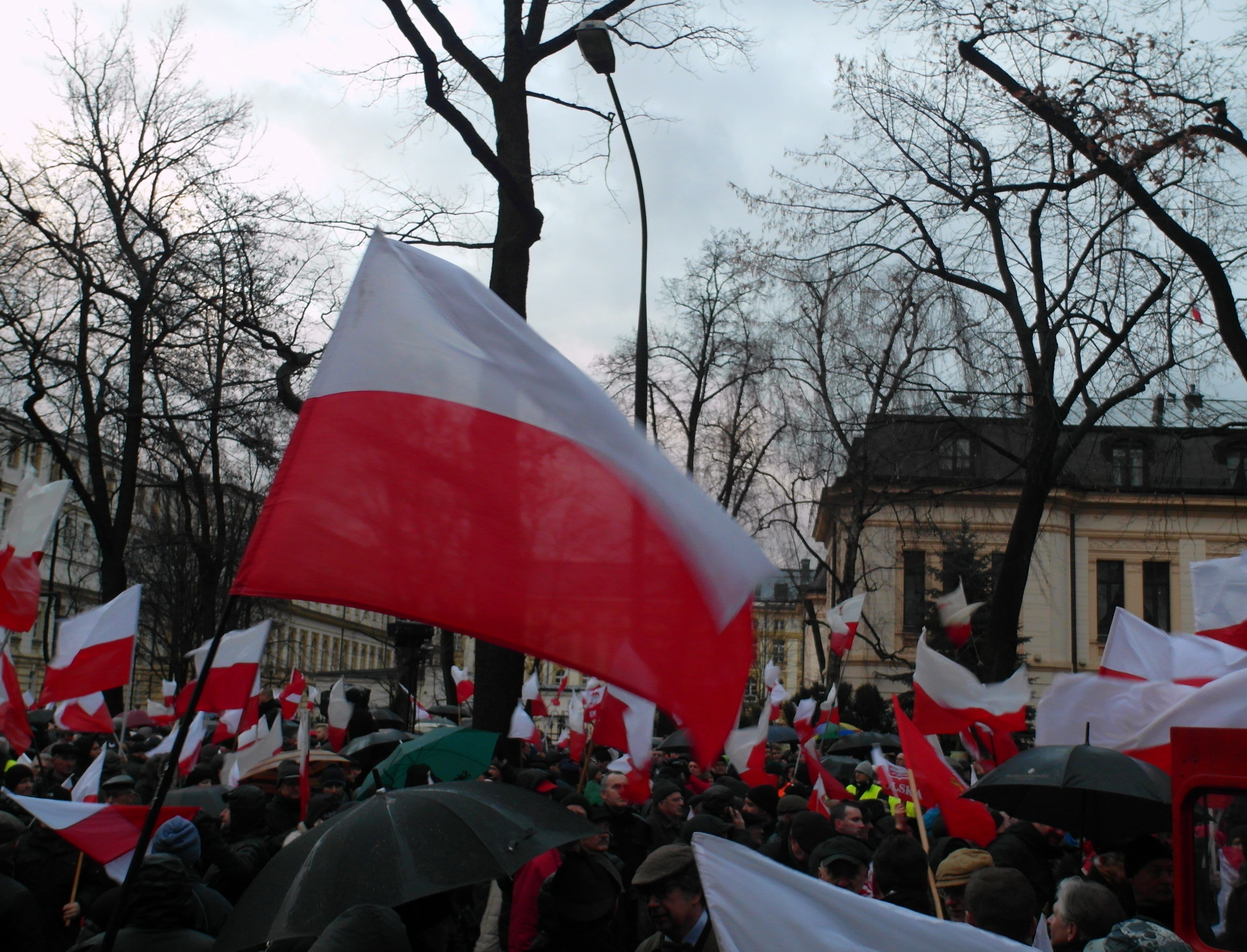 Since 2015, Poland has experienced a period of democratic backsliding. This trend has greatly worried European observers; developments in Poland are troubling enough on their own, but they also presaged a tremendous resurgence of the nationalist right across Europe, and ruling governments are concerned that they might be next. Hungary elected a similar ethnonationalist, rightist party in 2010, and the Fidesz party there has gone much further than Law and Justice (PiS) in Poland. The rise of the right in Poland has shattered the idea that events in Hungary were a product of unique national circumstances. The development of far-right parties across Europe has given rise to the idea that these movements are a manifestation of deeply held and heretofore repressed political opinions, a reaction to the expanded prerogatives and ambitions of the EU and to its self-image of a unified, liberal, deeply egalitarian Europe. Whatever the cause, events in Poland either herald the coming of a new Europe or serve as a stark reminder of what European democracy must avoid, depending on one’s degree of optimism and political alignment.

Law and Justice was founded in 2001 by Lech and Jaroslaw Kaczynski, out of the remnants of the AWS party coalition. AWS was founded in 1996 to consolidate a range of center-right parties in opposition to the leftist coalition government but quickly fell apart over a range of internal divisions. PiS closely contested parliamentary elections against the Civic Platform party, a more traditional liberal and EU-oriented party and also a product of the AWS breakup. The former Civic Platform leader, Donald Tusk, is now President of the European Council, but Polish politics has now taken a distinctly Eurosceptic turn.

PiS combines an interventionist economic policy and a strong commitment to the maintenance of the welfare state with a range of other populist positions. Unlike Fidesz in Hungary, PiS favors the EU over Russia, although it is hardly friendly to the former, and emphasizes the importance of NATO. The party promotes an intensely religious social conservatism, maintaining Europe’s harshest abortion laws and opposing recognition of same-sex marriages. But it is PiS’s worrying affectation for illiberal democracy, and its nationalism, that have prompted the most concern. The Polish government is consistently among the loudest voices for tighter controls on migration, and officials have made a range of inflammatory statements about Islam and refugees. The government also has an intense focus on historical narratives and national pride, to an extent usually associated with rightist forces outside of politics in other countries. Recent legislation criminalizes statements alleging that Poland or Poles bore any responsibility for the Holocaust. Specifically, the phrase “Polish death camps” is objectionable; it is certainly inaccurate and careless, but banning it does not suggest anything good about the motivations of the government. Most recently, PiS has drawn ire from the EU for instituting an earlier retirement age for Supreme Court judges, conveniently disqualifying several sitting judges and allowing for new nominations.

And yet, something is different in Poland than in Hungary. The opposition has not been brutalized, president Andrzej Duda is not a personalist demagogue (or at least nowhere near the stature of Orban), the officially sponsored version of Polish nationalism has not targeted existing minorities, and the rhetoric of PiS, while xenophobic, has not developed into irredentism, revisionism, and anti-liberalism as in Hungary.  Perhaps this is simply a function of time, but we do not see the same wholesale attack on institutions or the same corruption. PiS seems content with the power it can wield within the current institutional framework. Our coverage of Poland and Hungary in March of this year proposed two reasons for this: either Poland is a classic example of illiberal democracy, with free elections but a dangerously broad electoral mandate and weak checks on majority rule; or the democratic institutions set up in the wake of the transition from Communism have proven weak and EU attention has not been enough to set Poland on the right political path.

In short, it is both, and the legacy of Communism explains quite a bit as well. Populism is not populism without the people, and voter attitudes seem to have had greater influence in Poland than in Hungary. PiS has proven canny at manipulating the biases and predilections of voters but in some ways has become a slave to those as well. The party certainly makes heavy use of the specter of Communism to demonize the left. But historical memory is a strange thing, and the legacy of the post-1989 power struggles between the supporters of the peaceful, negotiated transition from Communism (and the essential forgiveness of the Party and its leaders) and the rightists who opposed it still looms large.

Hungary saw former Communists return to power in the 1994 election, followed by a political realignment in 1998 and the election of a Fidesz government, which has ruled since. In Poland, a similar realignment is occurring now. The rise of PiS was driven by a long-delayed (and thus intensified) backlash against the left; the fact that the left firmly and consistently supported EU integration has resulted in the reactionary right aligning itself with Euroskepticism, although PiS is happy to accept EU economic development assistance as Poland’s economic miracle over the past two decades has depended on it. The migrant crisis was a convenient rallying point for public opinion and further compromised the position of the Polish left. It is difficult to imagine how the EU could have formulated a migration policy that would have avoided offending the Polish sense of national sovereignty, but the policy as it appeared was dismally planned and poorly marketed by any standard.

The questionable public statements of PiS leaders on Poland’s past are in this same vein. These leaders may or may not be anti-Semitic, but they certainly cannot allow a narrative of the Holocaust that might admit fault on the part of Poles or the Polish nation or that might contradict the comprehensive historical narrative of national suffering presented by the right. This whitewashed version of history, along with PiS’s stance on migration, has resonated with the Polish radical right, to dramatic effect: Polish independence day last year saw a 60,000-strong march in Warsaw, replete with anti-Islamic, white nationalist and anti-Semitic banners, and this year will surely show similar results. PiS’s influence on the extreme right can be understood in two dramatically different ways. On the one hand, it would not be in power if these views were not gaining popularity in the Polish political milieu. It is impossible to say, however, whether its domination of the Polish government captures support for the radical right, directing it towards electoral politics and preventing more extreme expressions of these views, or whether it, in fact, enhances support for these views and strengthens support for more radical forms of political expression. Transgressive and transnational political trends make it more difficult to apply traditional models for the formation of political opinions and the creation of political behavior. It may be too early to draw firm conclusions, but it is clear that PiS has been successful in harnessing traditional economic anxiety and well-worn Polish attitudes about religious-ethnic identity and applying them to a more ambitious and transformative foreign policy and political transformation.

Ultimately, the rise of Law and Justice says something profound about the state of politics in Poland. A paranoid, aggressively nationalist narrative of Polish nationhood and identity has proven compelling and has been harnessed to drive the persecution of the allegedly Communist Polish left at home. In parallel, PiS has promoted a surly, exclusionary concept of national sovereignty in dealings with the rest of Europe. This says nothing good about the real opinions of Polish voters, but it is sometimes difficult to say whether PiS is holding down the radical right, encouraging it, or actually part of it. Lech Kaczynski will never be recognized as a champion of pluralism and civic order, but it is irresponsible to assume that all of his supporters are civil, tolerant bastions of republicanism. Given the opportunity, would they be buoying the electoral hopes of the neo-fascist National Revival of Poland, the ultranationalist National Movement, or worse?

EU action will only amount to slaps on the proverbial wrist and loud public condemnations so long as Hungary is willing to vote in Poland’s favor, but more broadly, it misses the point. The ambiguity of Poland’s transition from Communism is the underlying force behind its political transition, and manifestations of Euroskepticism and xenophobia are politically convenient rallying points for support, only becoming more convincing as the EU issues more significant threats and continues to respond to migration in a way that many Polish voters perceive as weak.