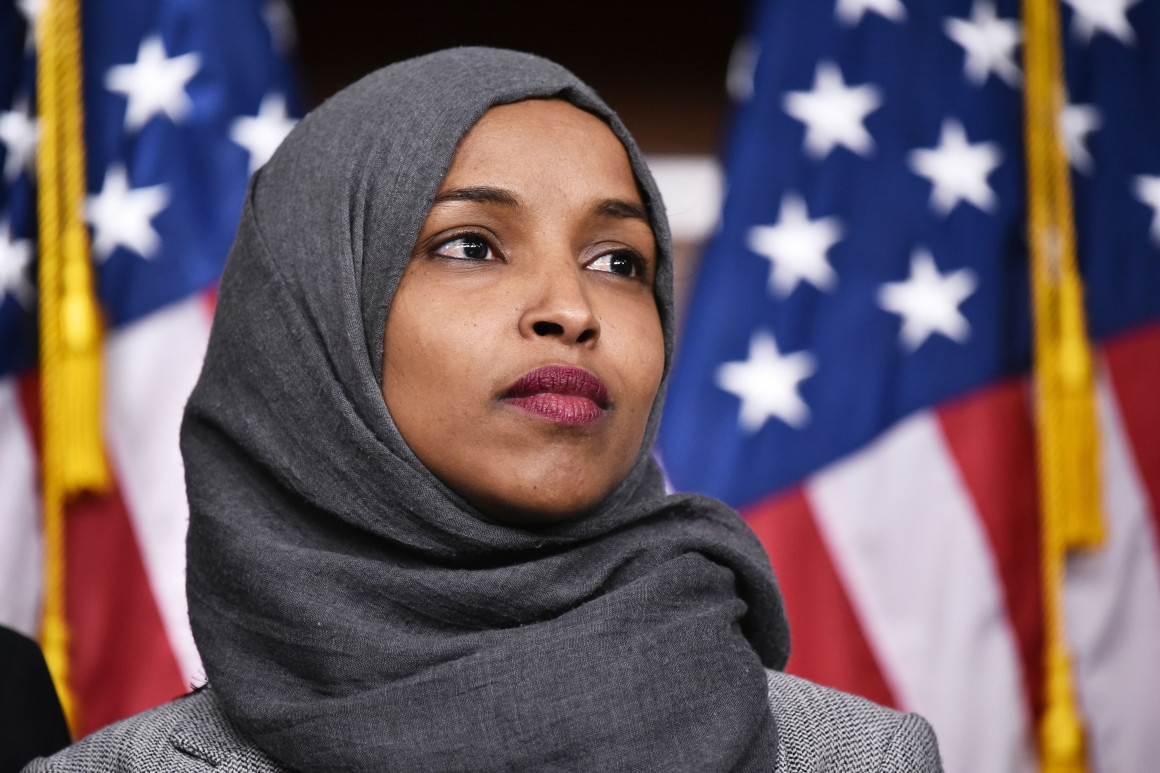 Breaking the Silence Over Israel

The political and publish backlash that Rep. Ilhan Omar (D-Minn.) faced over her recent comments criticizing Israel and AIPAC shows a dire need for an active debate within Congress that would allow for legitimate criticism of Israel’s actions as well as serious discussion about anti-Semitic forces in the United States. The inability to foster a dynamic debate on issues like the Israel-Palestine conflict is troubling and proof of ineffective governance. In the case of Israel-Palestine, poor political discourse props up the United States’ implicit involvement in allowing violence and human rights abuses in the region to continue. The larger problem we must address first, however, is the need for improvement in how political discourse is being carried out. As is the case with Israel-Palestine, lives are at stake.

Rep. Omar came under fire recently for her comments about Israel, which were interpreted as anti-Semitic. Rep. Omar said Americans are pushed to declare “allegiance” to Israel and that there is undue influence of pro-Israeli lobbying Washington. These comments struck the wrong chord for many, alluding to a trope about Jewish-Americans being loyal to Israel and not the US. She has since apologized for any anti-Semitic tone her words may have carried, but stuck to her criticism of lobbying forces in Washington.

A short, viral tweet that was meant to criticize pro-Israeli forces in Congress became criticized as anti-Semitic. This turned a conversation Rep. Omar meant to start about Israel into one about anti-Semitism and hate. Rep. Omar was instantly called out for anti-Semiticism when she tweeted “It’s all about the Benjamins baby” in reference to the influence of AIPAC lobbying in Congress. The Twitter storm that followed consisted of officials and public figures, like Chelsea Clinton, using the platform to denounce anti-Semitic tropes about Jews and, more broadly, to denounce hate. Anti-Semitism is an important issue that must be addressed. However, Rep. Omar’s criticisms of Israel were shamed into irrelevance. She has since deleted her tweets, and Congress passed a resolution denouncing her words as hateful.

Part of why Congress is discouraged from engaging in effective political discourse and fostering dynamic debate stems from the fact that we live in the age of social media and instant information access. It is easy for something to go viral and opinions are encouraged to exist in a binary. You’re either anti-Semitic or you’re not, and that directly correlates to whether you don’t support Israel, or you do, respectively.

The online space also allows for an emotional reaction that works to mobilize support or hatred in an instant. Thus, retweets, shares, and likes — which have become the new determinants of how we interact with our government officials, their words and decisions — carry a dangerous power in directing the force of public opinion. A very vivid example is U.S. President Trump’s use of Twitter, where he runs both a personal and official account. President Trump has used the term “fake news” since his election to denounce reporters and unflattering press coverage of his administration. Out of 5,400 total tweets, Trump has tweeted 1,339 times criticizing or threatening the media to his more than 55.8 million followers. This inevitably reinforces public distrust in media, with a recent Knight-Gallup report saying that only a third of Americans view the press positively, compared to more than a half in 1984.

As a result of the influence social media has on the national discourse, it is more beneficial for officials to remain in docile agreement with the norm of doing things, rather than potentially making waves and proposing ‘radical’ alternatives. Preserving one’s career becomes more important than risking saying something that could later be read as inflammatory in a tweet. As what occurred with Rep. Omar shows, members of Congress are not given a space to explore the alternative, afraid of making a mistake in rhetoric that instantly demonizes them and places them in a polarized, binary ideological category.

The Israel-Palestine conflict is complex, tense, entrenched in historical and religious narratives, and emotionally charged for many. What becomes problematic is that these factors are used to justify a complete lack of effective political discourse on the issue. Effective political discourse from Congress would involve the recognition of pro-Israeli forces that are irrefutably strong in the US government. For instance, the extent of pro-Israel lobbying in Washington should be explored in depth. This is not to say that for the state of political discourse in Congress to improve, we have to abolish lobbying forces altogether. Rather, in debate, elected officials should be required to be transparent about which interests they speak and interact with. As a starting point for Israel-Palestine, for example, members of Congress could discuss the legislative history surrounding pro- Israeli bills passed by states that target the pro-Palestinian Boycott, Divestment, and Sanctions (BDS) movement. These discussions would ideally be carried out with civility and some form of structure that allows multiple voices equal time and consideration on the floor.

It is important that free speech and debate are respected, especially amongst members of our government. In a highly sensitive time, government officials are afraid to speak out for opposing views, and when they do, are instantly criticized for it.

In Federalist No. 51, written in 1788, at the dawn of our nation’s founding, James Madison issues a warning against the dangers of a tyranny of the majority. Madison writes, “[I]n the federal republic of the United States… all authority in it will be derived from and dependent on the society, the society itself will be broken into so many parts, interests, and classes of citizens, that the rights of individuals, or of the minority, will be in little danger from interested combinations of the majority.”

What else is more powerful at favoring the interests of the majority than the silencing of potential minority opinions through a lack of debate? When political discourse is nonexistent or only recognizes what is “allowed,” we lose crucial elements of governance that were supposed to make our nation so promising.