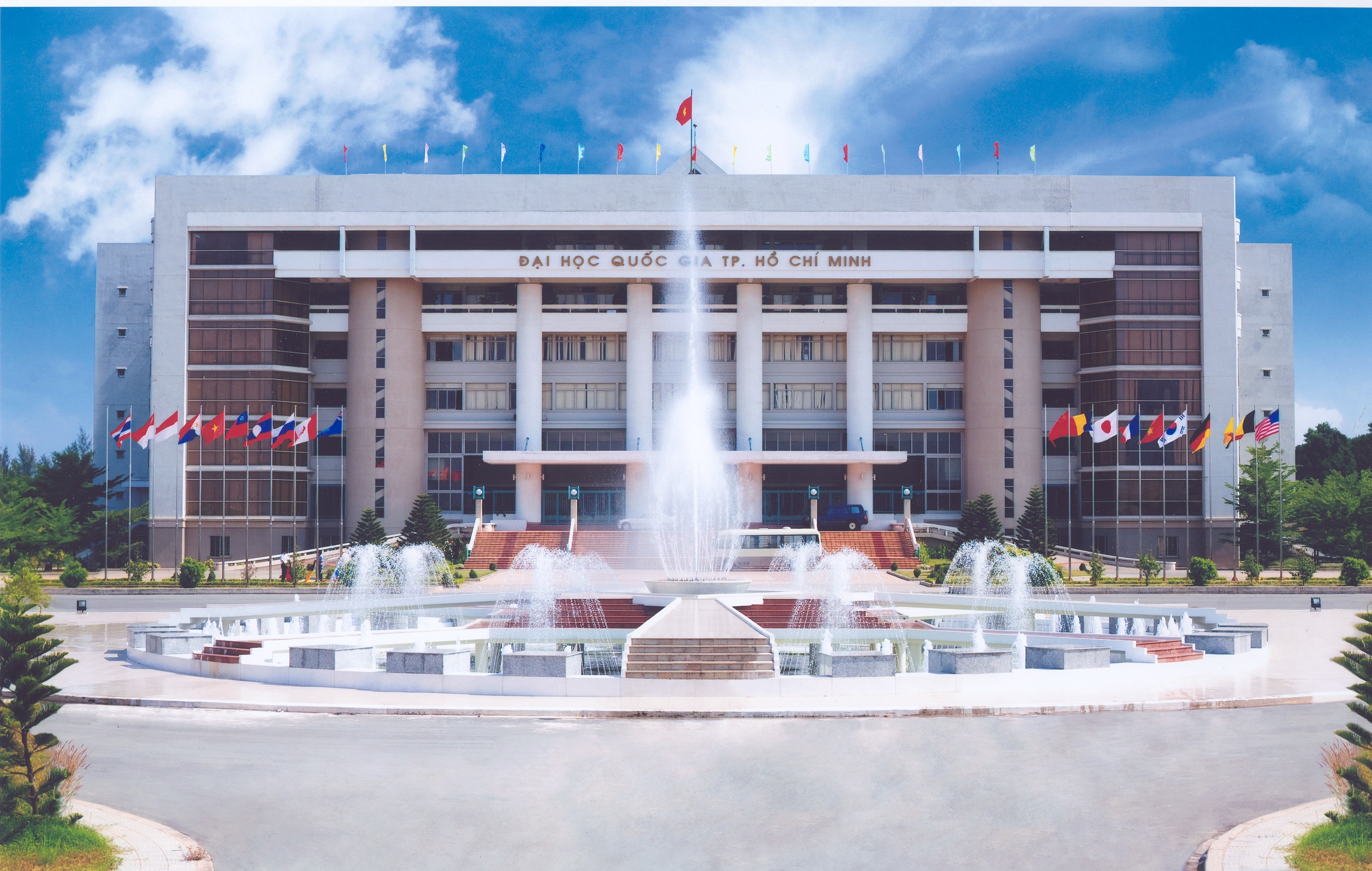 Going to college has never been as popular in Vietnam as it is now. The number of students in higher education has skyrocketed from 133,000 students in 1987 to 2.12 million students in 2015—nearly a sixteen-fold increase over less than thirty years. This increase in education has provided the human capital necessary for Vietnam to sustain a nearly 7% growth rate in GDP over the past few years and driven the increase in GDP per capita from $230 in 1985 to $2,343 in 2017, lifting much of the country out of poverty. At the same time, the Communist Party still maintains a tight grip over the content of higher education and the bureaucratic mechanisms behind it, as it does over the country as a whole.

Given Vietnam’s successful economic development under one-party rule, there has been much ink spilled on the topic of whether the hermit kingdom North Korea could follow Vietnam’s lead, particularly after the Trump-Kim summit in Hanoi in February. Since an educated population is a necessity for any modernizing country, looking at Vietnam’s higher education system provides some insight into the hopes and fears that North Korea might have in taking a leaf out of Vietnam’s book.

To do that, though, it is necessary to first examine the development of Vietnamese higher education in a historical context and explore how, in the words of one Vietnamese university student, “Vietnam is becoming more modern.”

Back to the Drawing Board

Before 1986, the main problem with higher education in Vietnam was a lack of funding for universities and for education subsidies, meaning the higher education system struggled to simply operate. Decades of war with the French, Americans, Chinese, and Cambodians following World War II as well as general underdevelopment and a command economy had left Vietnam a very poor country by the 1980s, with little to spend on education–similar in some ways to North Korea today. Lecturers had to take on supplementary jobs to make end meet, and graduates coming out of universities often had trouble finding jobs in the struggling economy. Universities also lacked the autonomy to implement their own programs, hindering their ability to cater to the needs of their students.

The Đổi Mới economic reforms of 1986 completely changed the situation. Alongside implementing market reforms to transition away from a completely socialist economy, the Vietnamese government made sweeping education reforms. Among other things, it reformed the structure of higher education away from vocational education and towards more broad-based learning, gave universities more control over entrance examinations, forced universities to accept more students, and expanded opportunities for research. The reforms paid off as more higher education institutions were established or expanded, with an increased number of students going into higher education and more opportunities for professors to connect with their foreign counterparts.

The growth of higher education has continued to spur Vietnam’s growing economy. Business and economics are two of the most prestigious and popular university majors for Vietnamese students, which bodes well for the future of entrepreneurship in Vietnam. This fact might particularly interest Kim Jong-un, who in 2012 sent a letter to two North Korean schools urging them to “raise the quality of education in economic subjects.”

Higher education has also led to greater ties between Vietnam and the outside world. Vietnamese students are also studying outside the country in numbers like never before, especially since Vietnam and the United States normalized relations in 1995. In the 2017-8 academic year, Vietnam sent the sixth highest number of international students to the US, an 8.4% increase from the previous year and a sign of the deepening relationship between the two countries.

For the North Korean regime, such connections with the outside would threaten to expose its population to knowledge that contradicts what the regime has been claiming all these years. Students in Vietnam, for example, have developed greater interest in the countries around them. As a Vietnamese university student put it, “[W]e would like to learn more about [other] culture[s] in the world”–certainly not something that North Korea would want for its own citizens.

New challenges for higher education have arisen along the course of Vietnam’s breakneck growth as well, putting the Vietnamese success story at risk. As the demand for education has grown in Vietnam, a country with 37% of its population under 25, supply has struggled to rise at the same pace. Despite increased access to education over the past 30 years, only 1.7 million students attend university in a country of over 97 million people — under 2% of the population, compared to about 5% of the population in the United States.

Additionally, improvements in access have not always been accompanied by improvements in quality. Vietnamese universities generally struggle with under-qualified teachers and curricula inadequate for the job market, resulting in students unprepared for the working world. In 2012, less than 15% of professors held a doctorate, a percentage that had not varied for over ten years. According to one statistic given by the Ministry of Education and Training, only 30% of higher education graduates met the qualifications for the jobs they were in. In an exam given by Intel to 2,000 of the top students from Vietnam’s premier universities in 2008, for example, only a fraction passed the STEM-based test, showing that the technical aspects of Vietnamese education still have a long way to go. If Vietnam cannot address issues like these, its liberalization might look less appealing to the North Korean government.

Vietnam’s government has tried to solve these problems with a comprehensive reform project begun in 2006. It granted greater autonomy to higher education institutions to determine their size and to develop programs based on needs in the labor market. Along the lines of the American model of higher education, it allowed for the growth of the private education sector, opened accreditation centers to certify universities, and required instructors to hold graduate degrees. More universities have also developed curricula with the help of foreign institutions, improving their quality.

The reforms seem to be moving higher education in the right direction. In 2015 the World Bank rated the most of the project as making “substantial” progress, particularly in the areas of “strength of governance” and “quality improvement.” It seems that despite the obstacles in its path, Vietnam has shown that liberalization can continue to benefit small, Communist countries in Asia like itself.

A Lesson for North Korea

Overall, the picture presented by higher education in Vietnam seems to be an enticing one for the North Korean regime. A booming economy, an academically literate population, and recognition from the international regime are benefits that cannot simply be dismissed. As T.J. Pempel, professor of Political Science as UC Berkeley, points out, Kim Jong-Un looks forward to ruling for at least another 35 or 40 years, and he would like to leave a legacy of both keeping the regime intact and ushering in an age of prosperity.

At the same time, the regime in North Korea certainly worries about the effects of education on the population. Although the Vietnamese government maintains control over education and includes socialist ideology in its lessons, it cannot control how students think. “We we are allowed to go to school […] We have the freedom to speak our voice […] We can have opinions,” one Vietnamese university student said. This would certainly be dangerous for a dictatorial regime.

Even basic knowledge in more technical subjects such as business or science could be threatening to the North Korean government. As Professor Pempel states, “You don’t want your population to have so much skill that they begin to challenge the regime’s legitimacy.”

While North Korea does require some of its elites to know enough about engineering to develop a nuclear program, it has little incentive to expand similar education to the masses when an uneducated population is much easier to control. Furthermore, the North Korean regime, so steeped in socialist ideology, does not seem to fully comprehend the benefits that a market economy could bring. “It’s just a complete intellectual mismatch.” said Professor Pempel. “It takes a long while to penetrate that current regime mindset.”

Nor does Vietnam, despite hosting in the Trump-Kim summit, seem to feel any urgency in convincing North Korea to follow its path. “Most Vietnamese [don’t] really care [about North Korea],” the student said. “If they didn’t do anything harm[ful] to us, it doesn’t matter.”

Thus, without significant changes, North Korea does not appear ready to liberalize any time soon. However, if it should choose to do so, it will have a neighbor in the region to emulate that shows little sign of slowing down its course towards modernization.