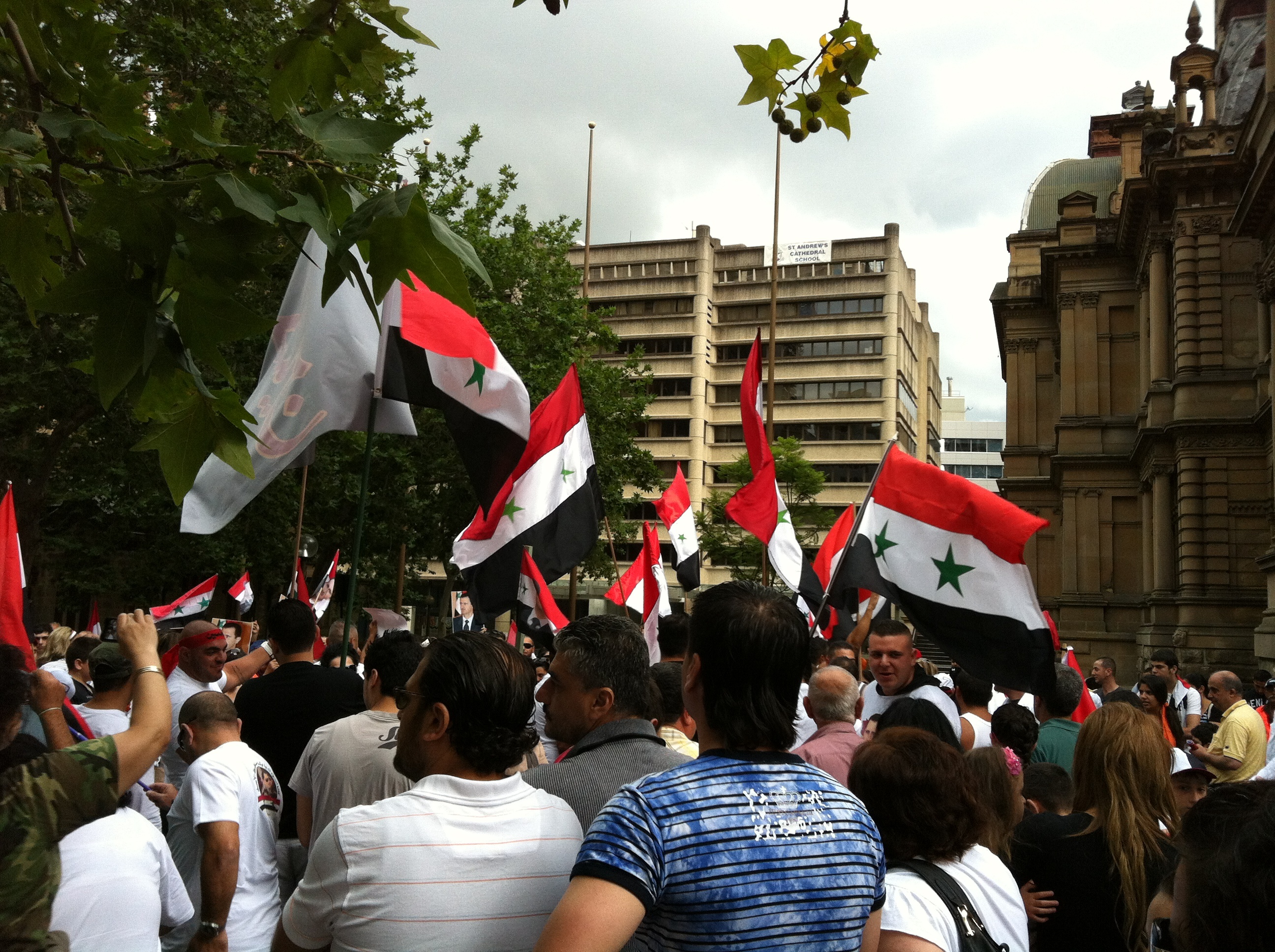 In August 2013, a defector from the Syrian regime with the code name “Caesar” stunned the world by smuggling photos out of Syria illustrating abuses taking place at the hands of the Assad-led government. Tens of thousands of graphic photos illustrated “evidence of widespread torture, starvation, beatings, and disease in Syrian government detention facilities.”

The Caesar photographs are a prominent example of the widespread movement to document and preserve evidence of war crimes carried out in the Syrian civil war. A mounting pile of evidence has implicated not just the Syrian government, but actors on all sides of the conflict, of atrocities committed during the course of the civil conflict.

Now, the long struggle to preserve evidence might be bearing fruit. In February 2019, German and French officials conducted an operation that resulted in the arrests of three Syrians suspected to be former secret service officers in the Assad regime. At face value, these arrests might not seem groundbreaking. However, the implications could be massive — this marks the first time that European prosecutors have arrested suspected torturers from the regime. And for displaced Syrian victims of torture, the arrests indicate a major first step on the path toward justice.

The protracted and bloody civil war in Syria began in 2011 and has seen mass violence and atrocity on all sides, including the widespread use of chemical weapons against civilians. Though the conflict erupted as a domestic dispute between the regime and civilian protesters, it quickly factionalized, devolving into a clash between a number of armed rebel groups, jihadist movements like ISIS, and the Assad government and its supporters. International actors soon increased involvement, and the regime secured Iran, and more importantly Russia, as allies. In 2019, though the war continues, Assad has and continues to consolidate power in the country, pointing to a likely victory in the future.

With a potential end in sight, human rights advocates and Syrians that were victims of war crimes are asking how the worst offenders can be held accountable for crimes committed during wartime. The most obvious route, an investigation and potential prosecution by the International Criminal Court, or the ICC, run into major roadblocks in the case of Syria. The Syrian government is not a member state of the Rome Statute, the international treaty that established the ICC, meaning that the court does not have jurisdiction in Syria. It could, however, obtain jurisdiction through a referral by the UN Security Council — but this option, too, has failed, for obvious reasons: Russia sits on the council, and has vetoed, along with China, any attempts at referral. Justice could also be pursued through domestic courts, but it appears highly unlikely that this route will be effective at securing justice for victims of the regime in the event of an Assad victory.

What is to be done, then? A final option remains, which is reflected in the recent arrests in Germany and France: the legal concept of universal jurisdiction. It is defined by Human Rights Watch as “the ability of the domestic judicial systems of a state to investigate and prosecute certain crimes, even if they were not committed on its territory, by one of its nationals, or against one of its nationals.” In short, it relies on the underlying principle that some crimes, namely war crimes and crimes against humanity, are so terrible that they are an affront to all people, and thus nations have the duty to prosecute them, regardless of where they were committed.

Universal jurisdiction can pose problems, however. For one, it can be difficult to collect sufficient evidence for a conviction if the crime was committed outside a country’s borders, thousands of miles away. To combat this, the UN authorized the creation of the International, Impartial, and Independent Mechanism (IIIM) tasked with gathering and preserving evidence of war crimes committed over the course of the Syrian war with intent to aid in future prosecutions. Other activists and groups have taken up similar missions. Another issue is that of legitimacy — that is, who can practice universal jurisdiction, and is this authority recognized? The concept first arose in the 1949 Geneva Conventions, which have been ratified by the vast majority of states. Thus, by default, most states recognize the validity of universal jurisdiction. That being said, the bulk of states that have implemented procedures and actually carried out cases based on universal jurisdiction have been in Europe or the West. Hence, there could be difficulties in deriving legitimacy from spectators around the world — there continues to be serious debate surrounding the ICC and universal jurisdiction and the potential for an anti-Africa bias. Prosecution of Syrian crimes internationally could draw the same criticisms.

Despite the drawbacks, though, universal jurisdiction presents itself not as a viable option, but rather an essential pathway to preventing impunity for Syrian war criminals, given the perceived impossibility of taking other routes to justice. And it is already producing results: Germany has taken the lead on universal jurisdiction prosecutions, opening structural investigations into both the Assad regime’s offenses as well as those of ISIS. In addition to the two arrests mentioned earlier, it has issued an arrest warrant for Jamil Hassan, the head of Syria’s Air Force Intelligence Directorate and a member of Bashar al-Assad’s inner circle. Germany has also filed criminal complaints against the regime and its top members for alleged torture and crimes against humanity. Moreover, it has prosecuted and convicted members of jihadist groups and ISIS for crimes committed in Syria.

Other nations are following Germany’s lead. France worked in conjunction with German officials in the recent arrests and also issued three international arrest warrants against Hassan and two other high-level regime officials in November. Sweden too has convicted former government soldiers and rebels alike for crimes committed during the war in Syria. Most recently, Swedish prosecutors filed a criminal complaint against 25 top regime officials for crimes against humanity and war crimes on behalf of nine Syrian torture victims now living in Sweden.

Pursuing justice is of utmost importance following the brutality of the war — millions have been displaced, hundreds of thousands have died, and countless more have been victims of torture and abuse. Many countries can practice universal jurisdiction, including those outside of Europe. As the war draws to a close, governments should look at the results being produced in Germany, Sweden, and elsewhere, and follow suit. Prosecutions and convictions are necessary to honor the work of individuals that have smuggled information out of Syria to preserve evidence. They will highlight the trauma that individuals faced in Syrian towns and prisons. Most importantly, they will reject impunity for perpetrators of war crimes and place an emphasis on the importance of human rights in the post-Civil War era.

Thus, as the war in Syria draws closer to an end, civilians, NGOs, and officials alike need to call on the justice systems of countries around the world to prosecute crimes against humanity and war crimes committed in Syria through universal jurisdiction. Though it has its flaws, universal jurisdiction looks like the best bet for seeking justice, rejecting impunity, and promoting healing for victims of Syria’s conflict.